Some Fun with Nostalgia (Tristate)

So I was riding on Central Avenue in Yonkers yesterday and getting nostalgic thinking about all the restaurants we used to go to when I was a kid. We did something similar on CH for Manhattan but I thought it might be fun to reminisce. I lived in Yonkers very close to the Bronx border, so some of my references will be there too. I’ll start:

Ok so maybe I’m the only one having fun nostalgia! 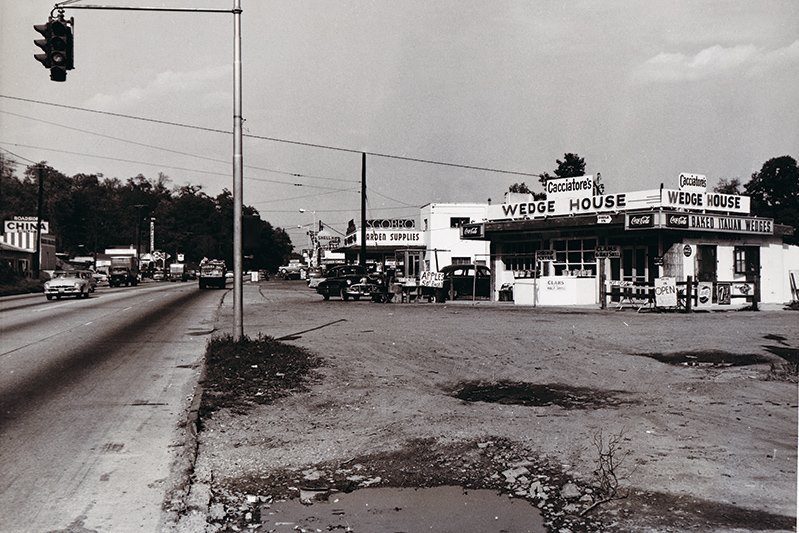 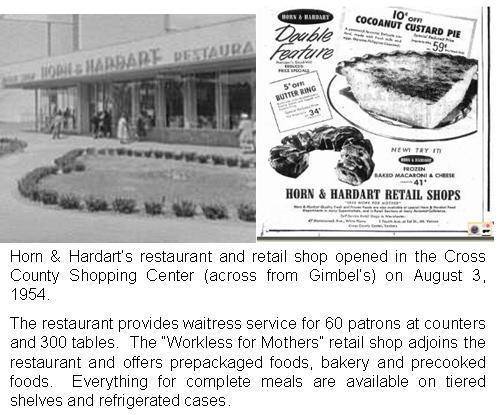 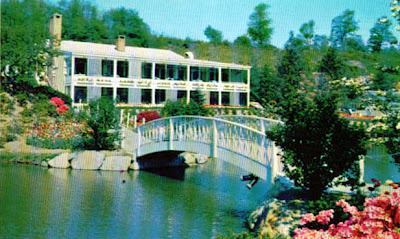 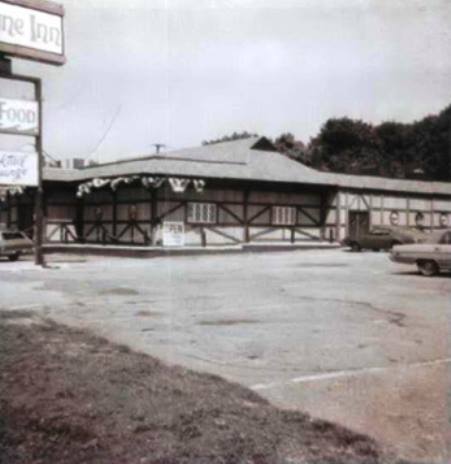 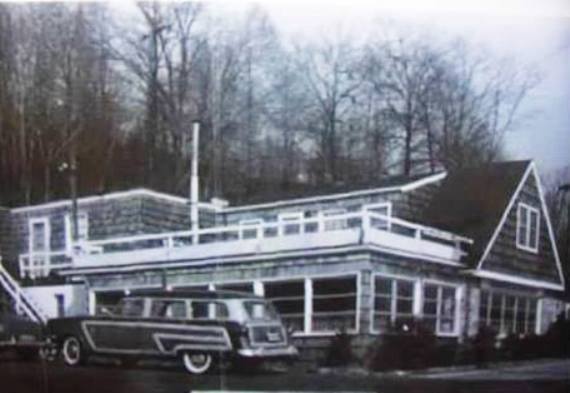 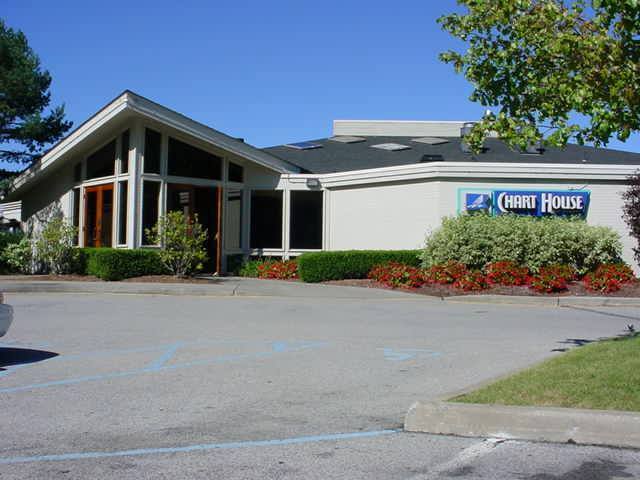 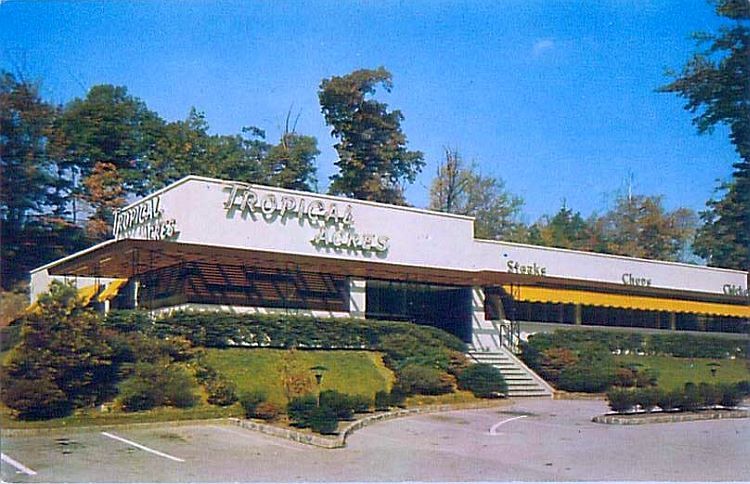 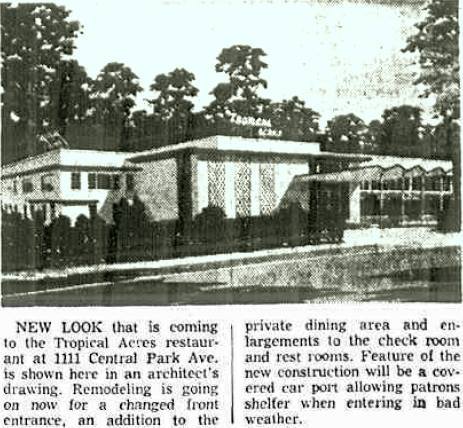 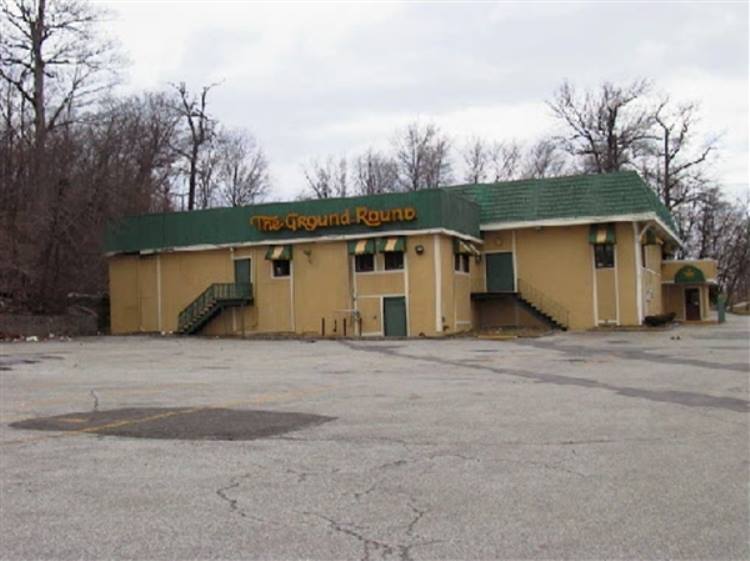 The boot… : ( became Mexican before it closed 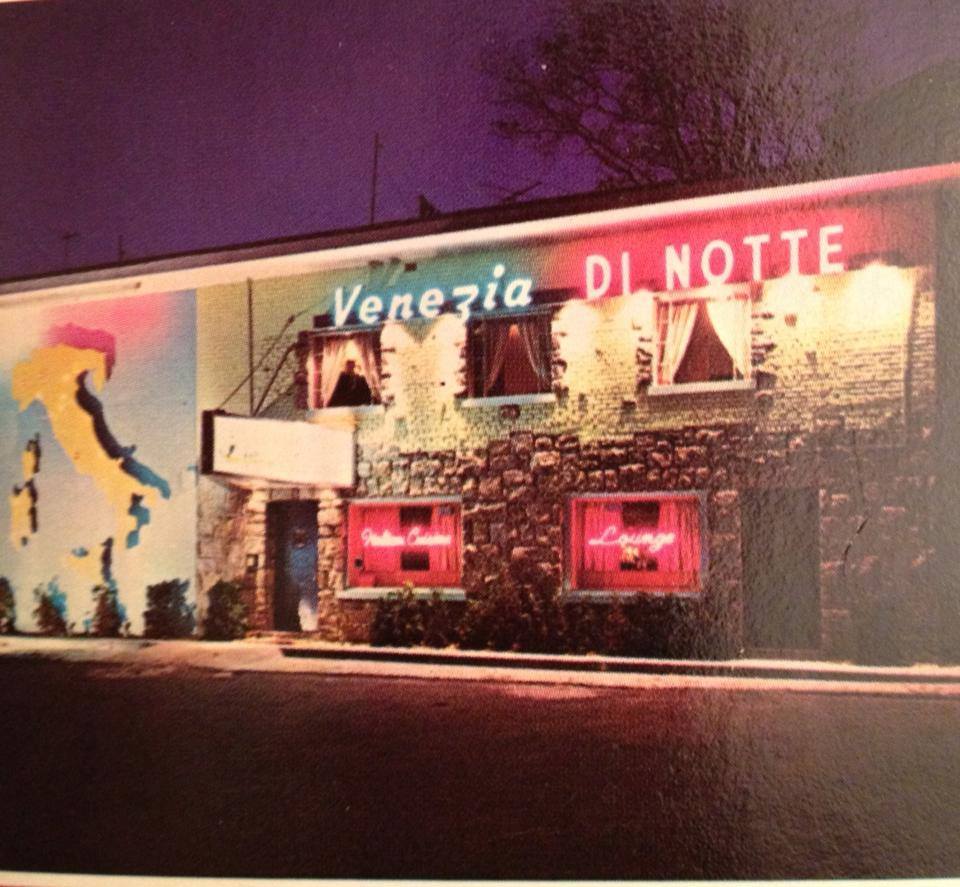 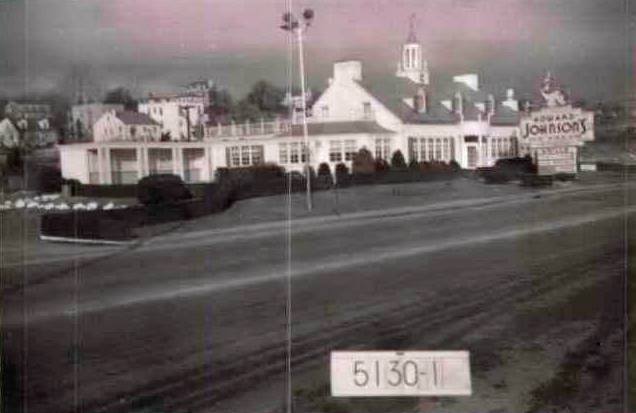 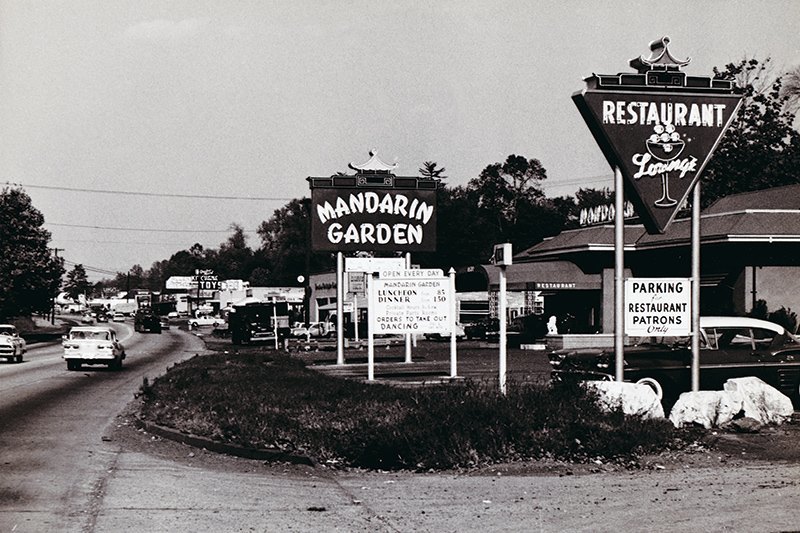 Fantastic! What is the third down? It looks to be the Mandarin Gardens spot. I’d forgotten about the china shop. My friend had her sweet 16 at Tropical Acres. Great!!

Are you sure Mandarin didn’t turn into Hunan?
nope just took another look you are correct
and yes Roadside china

Ok so maybe I’m the only one having fun nostalgia!

I am of the era of vinyl records at Korvette’s and clothes at Klein’s.

See what I mean? I WISH I could remember what else was there when I bought my records at those stores! I’ve since given my vinyl to a nephew who loves records.

Funny story, and probably the last thing I bought at Korvette’s - when Flashdance came out (19 freakin’ 83), I bought numerous tee shirts that had a netting over them (remember Flashdance’s main actress?) because they were cheap. I tore off the netting, and…still wear the tee shirts to this day, for yard work and hanging around the house (I have one on now, yeah, they lasted THIS long).

Yes, I’m old, and I can’t remember what was good about the good old days, but you can be sure, it was better than today.

And Paul who used to own the Chinese restaurant - was it Hunan Ritz? Best Chinese in Westchester. Not Asian Fusion garbage either. 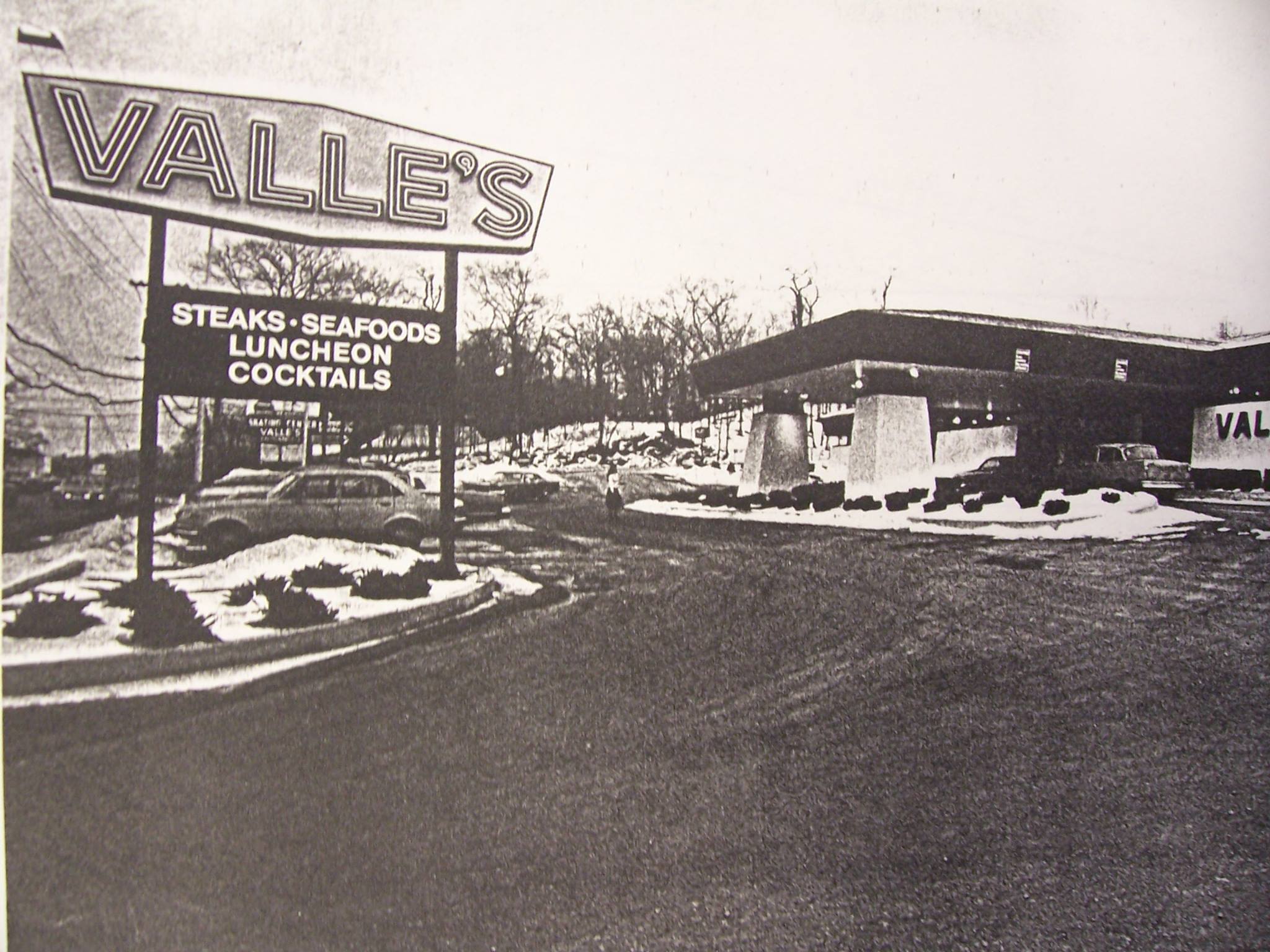 We had a metal milk box for delivery 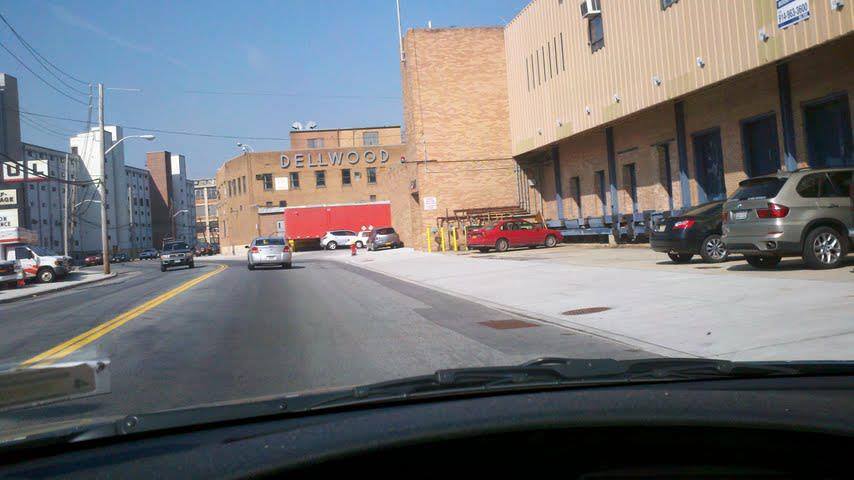 From Tanglewood parking lot…Adventurers before it was Nathans 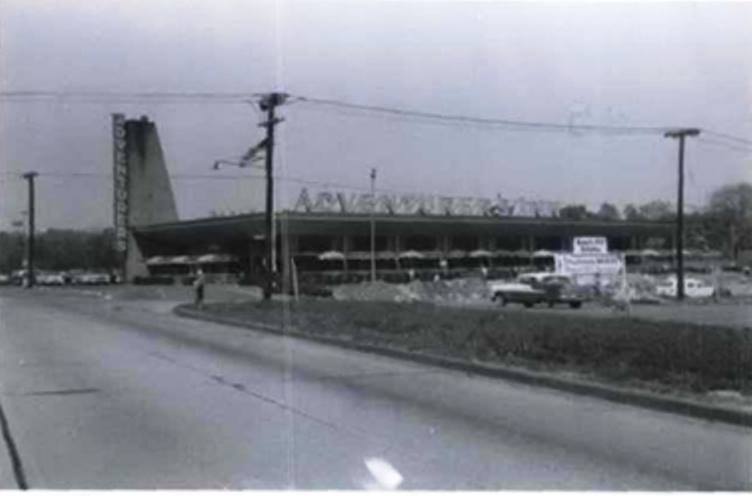 Primosprimos…this should most certainly make your head explode… 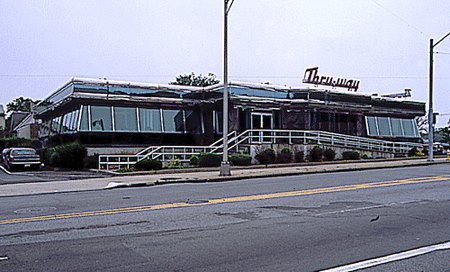 Awwwwwwww…thanks! I still miss it. Never went there that much, but just knowing it was there. And now there’s a diner right across the street (makes sense, right?), which pales in comparison to the original.

I bet the idiots who put up a Walgreen (and closed it) are sorry they did.

But hey, New Rochelle’s illustrious (and nefarious) mayor has the good of the citizens of the former Queen City of the Sound at heart.

Just basking in the Yonkers nostalgia. If we keep it food related, I can only underscore others’ mentions of Patricia Murphy’s and Adventurers and Nathan’s.
I think I had a soda or 2 or 3 or 4 at the WT Grants lunch counter in Getty Square back in the day. My favorite place was a bar called Rusnick and Zuck’s that had the best roast beef wedges. (“Wedges” is NOT a Florida word.)
In the Bronx, several of my old White Castles are still there (but I’m here, in Florida!). North of Hastings, Chauncey, actually, on the Saw Mill River Parkway, was a Hubie’s Hamburger stand, in an era before fast food outlets dotted the landscape. The origins of Carvel Ice Cream- very much Yonkers heritage!
Ah, the aroma of the original Riviera Bakery in the “Village Green” on the north side of the Village of Ardsley (last I was there, Riviera was doing pretty well in a different location about a mile south of the old place.) Speaking of aromas, the Stella Doro cookie factory, a block from Woodlawn Station, in the Bronx, is fodder for a million memories.
Does a chewing gum memory count as “food?” Trips into “the city” always included the subway and several subway stations. On the steel supports and girders were tiny, primitive gum vending machines. Every trip was just that much more special when Mom or Dad would spring for a little pack of Juicy Fruit gum as we waited for the next subway.
And chowdom- thanks for posting the pictures!

I can see, in my foggy memory, that whole section of E.J. Korvettes (several years before Flashdance). Records right next to the book section, and there was a kind of alcove, oddly arranged entrance to another whole department, next to all that. Seemed like it was an afterthought and not part of the main floorplan. I think they sold pole lamps and stuff in that area. I thought Korvettes was especially unique because you could park on the roof, over the other stores in the shopping center, and enter Korvettes on the second floor.
Food-wise, Korvettes was the “anchor” of the shopping center, but you couldn’t go to Korvettes without visiting the vast candy counter at Woolworth’s, 2 doors down. They don’t make candy counters like Woolworths’ anymore. And the ever-present smell of the popcorn at that counter. One of my aunts took me to Woolworths and said I could get a bag of anything I wanted, and I think we ordered about 3 pounds of cinnamon red hots. And I ate them and I ate them and I ate them until my tongue blistered. And there were still pounds left over that lasted in the kitchen cabinet for months after. I’m not a big fan of red hots at this late point in my life, but I do miss the candy counter at Woolworths and the lunch counters at Woolworths (WT Grants mentioned above, etc.)

Just basking in the Yonkers nostalgia

Floridahound if you have a facebook account go to, Yonkers, NY and Westchester in Pictures…there are many, many more images. I absolutely remember the gum vending machines on the subway platforms specifically juicyfruit and chicklets. I will always remember smelling Stella Doro before seeing it when driving past on the Major Deegan/NYS Thruway.

Was Klein’s the poorer brother of Korvette’s? I remember nothing about Klein’s, but it seems like we were always going to Korvette’s.

I bought all my vinyl at Korvette’s - everyone did back then, didn’t they? - and clothing, but Klein’s?

Was it an unnecessary duplicate of Korvette’s?

Ah yes, the Woolworth counter, WT Grant, Enterprise - their penny toy bin, Etta’s Card Shop, chocolate covered ants downstairs in Bloomingdale’s, and of course way at the other end of a glorious Main Street, Arnold Constable. Plus RKO, Loew’s and Town Theater. Federal bakery, not the donut shop near Blessed Sacrament church, since go figure, we never got down that far.

The joke shop on Division Street, where I bought fake dog poo, the Chatterbox luncheonette, Terrytoons cartoons, on Centre Ave., which I never visited even though I had a relative who worked there.

The New Rochelle library, now housed in a nondescript hunk of metal and glass. Some candy shop that sold carob, which was absolutely disgusting, but we chewed on it anyway. The old, OLD ladies who sold crystal bead jewelry from Austria. Later on, Twin Donuts, really good donuts. Miller’s toy store, window shopping only for me.

The luncheonette on North Ave. near the Mannerly shop, which my aunt and uncle ran. John’s Bargain Store, which really was.

And of course we never, ever drove, we walked there.

More will come back to me, I’m sure.

Oh, and if you haven’t guessed, this was New Rochelle Downtown before corrupt politics ruined it.

I absolutely remember the gum vending machines on the subway platforms specifically juicyfruit and chicklets. I will always remember smelling Stella Doro before seeing it when driving past on the Major Deegan/NYS Thruway.

And those chicklet packages - wrapped in celophane. Yes, Stella D’Oro then Loehmans!

Was Klein’s the poorer brother of Korvette’s? I remember nothing about Klein’s, but it seems like we were always going to Korvette’s.

I think they were separate. Korvettes stood for Korean War Veterans.

I can see, in my foggy memory, that whole section of E.J. Korvettes (several years before Flashdance). Records right next to the book section, and there was a kind of alcove, oddly arranged entrance to another whole department, next to all that. Seemed like it was an afterthought and not part of the main floorplan. I think they sold pole lamps and stuff in that area. I thought Korvettes was especially unique because you could park on the roof, over the other stores in the shopping center, and enter Korvettes on the second floor.

I remember Klein’s being the one with the funny alcoves and the 45’s on the right, but I could be wrong. Klein’s took up the whole place and Korvette’s was a store in a stip mall.

I remember two diners up Central (way before the ones near Fort HIll Road). One was further up in Hartsdale and I think it’s still there with a new name - next to where Chef Central was. That was my favorite. Of course, Bickford’s pancake house across the street from the Ford dealer was great. The waitress would come with the card of endless flavors of syrup. And lets not forget Bonanza steak house! Stood in like, like Tad’s and got the steak, potato, garlic bread when you sat down. Carroll’s hamburgers - I think it was near the trampoline place. Dad was big on cafeteria’s so we went to the Bronx - 167 ST Cafeteria. I hated that place!