Kiln opened last year by the same people behind Smoking Goat. It was voted best UK restaurant in the National Restaurant Awards in June this year. I don’t set much store by this but I knew it would be busy so I went just before it opened for lunch. There were only 2 people ahead of me in queue but after 20 mins people were having to wait for spaces. Upstairs it’s seating at the bar only and I was sat right by the pass.

Before the food a note about the service. Sat by the pass I could see dishes going out and they kept going out but none were coming my way. Just because I was third in I don’t expect people to be served exactly in the order they came in but when the 9th or 10th person after me is getting their food, often dishes I’ve also ordered it appears that you’ve been forgotten,. The manager did come over to apologise after a while and inquired if I liked lamb. I did consider ordering the lamb so was looking forward to some comped lamb while I waited for my food, this never turned up. Having sat where I was it did appear a tad chaotic ( they ran out of mullet 20 mins into service)

Anyway to the food, the menu looked good & I had high hopes.

Smoke sausage with turmeric. A good moist sausage with good amount of chilli and lemongrass. I couldn’t detect any smoke whatsoever. Given that they big up their cooking with charcoal this was disappointing. 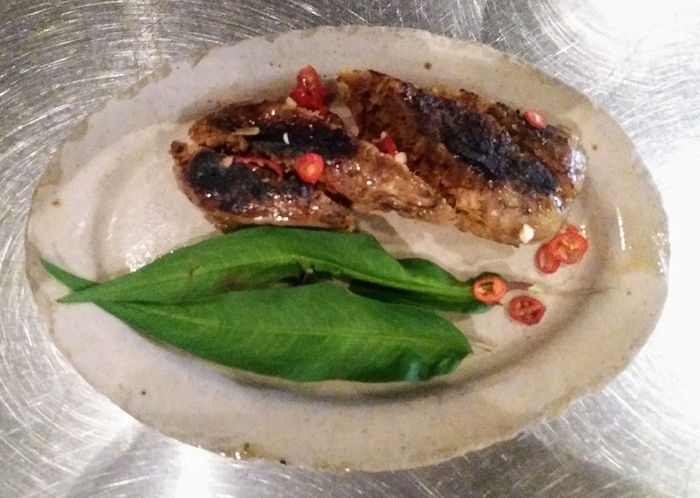 Burmese wild ginger & beef neck curry. I’m a big fan of Burmese food and long cooked cuts of meat like beef neck so this had me written all over it. Given the length of time beef neck takes I was hoping for a deeply flavoured sauce. It was quite good with a nice sourness but lacked the expected oomph. The pickled turnips though were excellent and worked really well. In fact so good were they that the person next door asked for an extra portion ( this took 3 members of staff and about 5 mins before they decided he could have an extra portion) 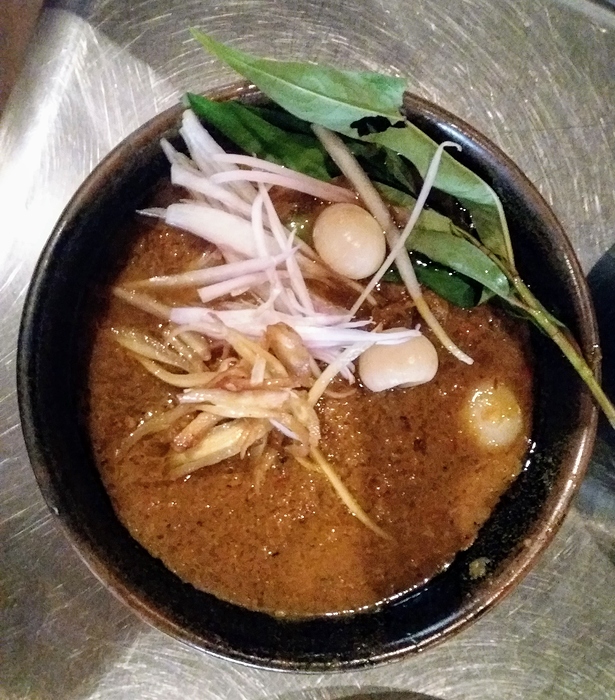 With 2 meat dishes I decided I needed some veg. Cornish greens with soy sauce was quite good. 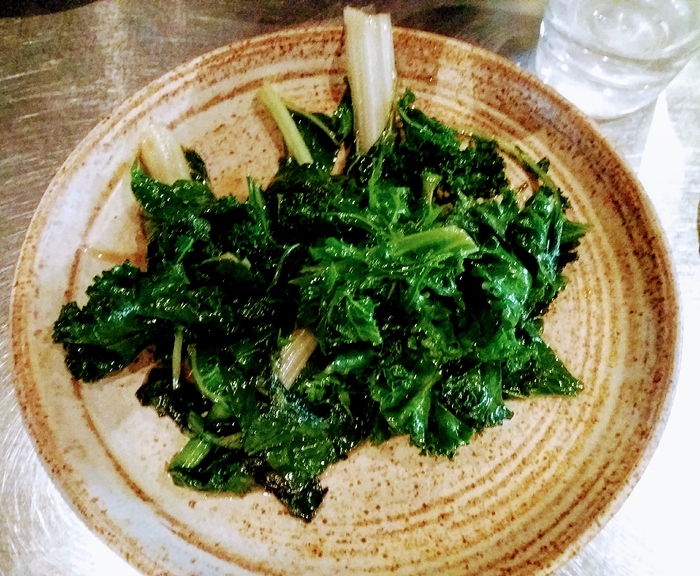 Cornish greens.jpg3758×3096 2.58 MB
I also had some brown jasmine rice which was well cooked but not a lot more you can say about it really.

Overall the food was quite good but on reading the menu I was expecting so much more. It appears as though they are reining themselves in and if they were bolder with their flavours the food would be so much better. Maybe they’re concerned it will put people off.

As a foot note although my comped dish never turned up they did comp the rice and the greens when I paid my bill.

Will you go again, knowing their service?

Probably not @naf. The food was good but not great. I’m lucky that I live in London and there are many other places I can go. I also cook a lot of Asian food and have access to most of the ingredients I need so to go back somewhere even with good service the food needs to be really good.