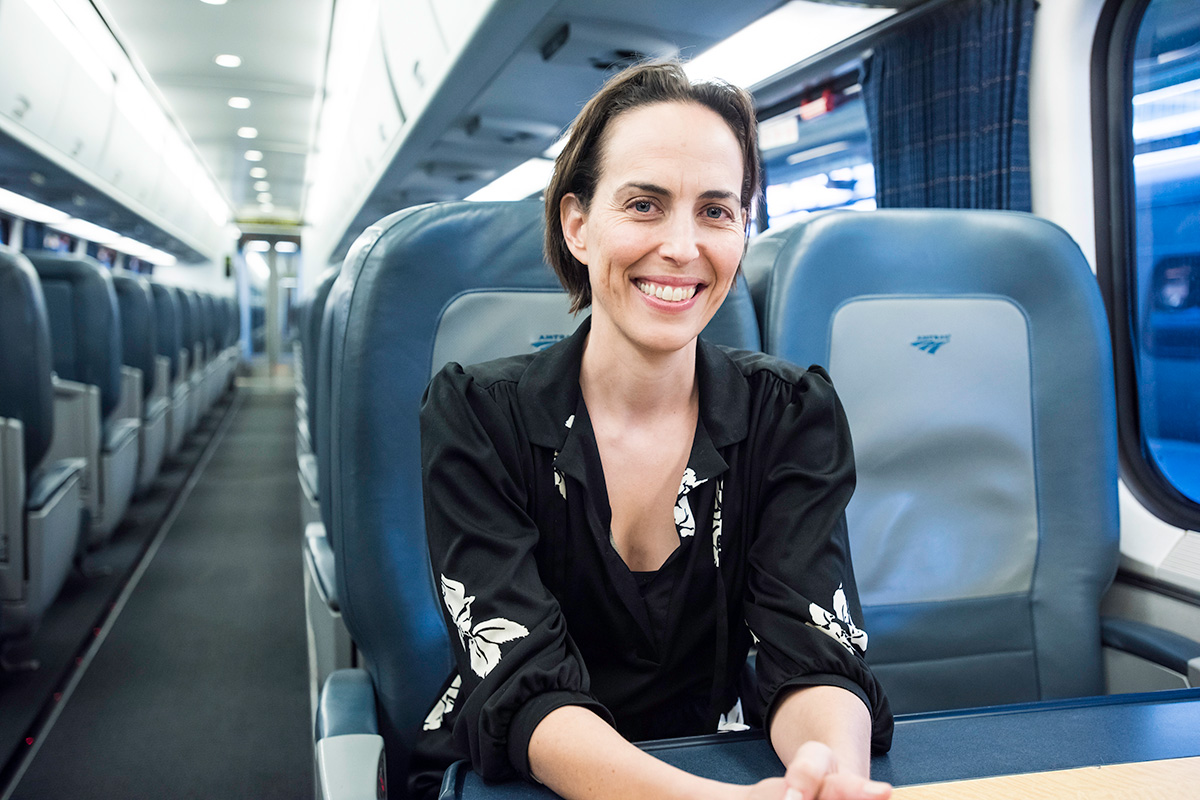 In fact, you don’t have a choice.

Luckily, on Amtrak you don’t have a choice. Unless you take your food to go, you eat with whomever they seat next to you. As we pass through Harpers Ferry and old mill towns, Joe, Stephen, Egbert, and I have a lovely meal. Joe arrives first. He’s a ceramicist. Stephen works for Verizon on the help desk. Egbert, looking most professorial, actually is. He works for the Smithsonian at a university in Panama. 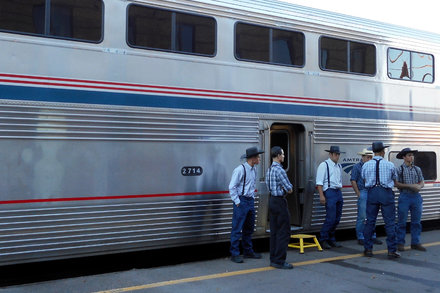 How the Amtrak Dining Car Could Heal the Nation

A songwriter’s six-train, 8,980-mile cross-country journey reminds him that slowing down, logging off and meeting strangers is an antidote to pessimism.

Meals in the dining car work like so: If you’re in a sleeper car, an attendant walks through midmorning and takes reservations; you’re handed a slip of paper with the time and number of people in your party. At the appointed hour, an announcement is made inviting those holding reservations to appear at the threshold of the dining car. If you’re in a party smaller than four, you’ll be placed at the next open table, leading to stochastic seating arrangements that create unexpected social and cultural adjacencies.

In the course of my travels, I chatted with postmasters, real estate agents, nuclear engineers, schoolteachers, farm equipment saleswomen, nurses, long haul truck drivers, retirees headed to the Grand Canyon, retirees headed back from the Grand Canyon, a sea-steading software engineer, a prominent TV personality, a cowboy, a national park trail crew leader, an aspiring music publicist, a public utility employee focused on solar energy who nevertheless professed to be a climate change skeptic, a flight attendant, an actuary, an air conditioner salesman, two ultramarathoners, and two train enthusiasts who met on an online forum and now maintain a food blog documenting everything that they eat during their trips. The list goes on.

My one experience in an Amtrak dining car was with someone who claimed she was a psychic. But, as in the old Laurie Anderson bit, the psychic got everything about me wrong. She was on her way back to Sedona, AZ, where she was meeting up with the “star people”, aliens who had established “installations” in the area. Her last words as we left were “Look at the stars”.

Alternatively, pay for a ‘roomette.’ The attendant brings you your meals, you eat (and drink

) watching the world go by. It’s a lovely experience.

The one time I ate in the dining car I found myself describing my profession . . .to another member of my profession. We had a blast comparing notes. . . .

PS: the food is not actually all that bad.