Sitiawan, in the Malaysian state of Perak, is one of 3 Foochow-majority towns in Malaysia - the other two are Sibu in Sarawak and Yong Peng in Johore. The Foochow people are from Fuzhou, the capital city of Fujian province in China. The Christian Foochows emigrated en masse to British Malaya to escape the violence wrecked upon them by Qing-supported rebels during the Boxer Rebellion in 1900-1901. The mainly Methodist Christian Foochows were seen as traitors by the Qing/Manchu government, and were persecuted for their religion. It was then that the Foochows came to this area and built Sitiawan. Today, the Foochows constitute about 93% of the population of Sitiawan and its environs, which has 156,000 inhabitants.

We had lunch last Saturday at the oldest surviving restaurant in Sitiawan: the 81-year-old Choong Kwok, which offers a spread of Foochow dishes. It’s run by the two sons of the founder, the present generation of the Liew family. Their father, the Senior Liew, came to Sitiawan in 1913 as a 13-year-old from Minhou county, Fuzhou, China. 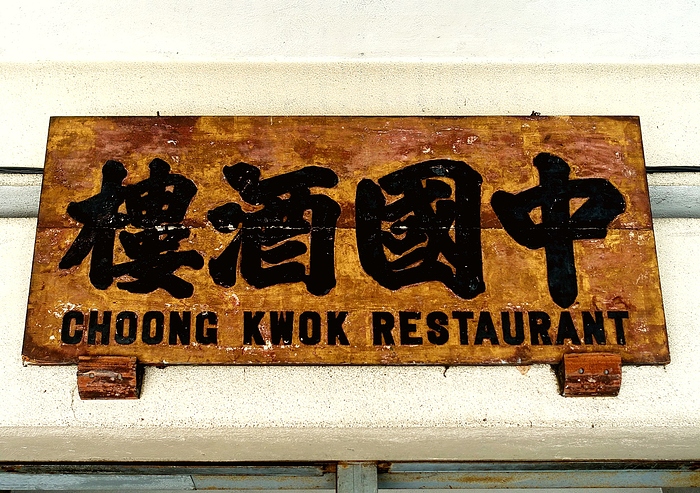 At the back of the restaurant are clay ovens for baking kompia biscuits. It was believed that the clay ovens and method of baking, similar to the Indian tandoor or the Central Asian tandir oven, was introduced by the Arabs/Persian merchants who settled in Quanzhou and Fuzhou in the 13th- and 14th-century. The baker is the younger of the two Liew brothers who now own the restaurant started by their father. 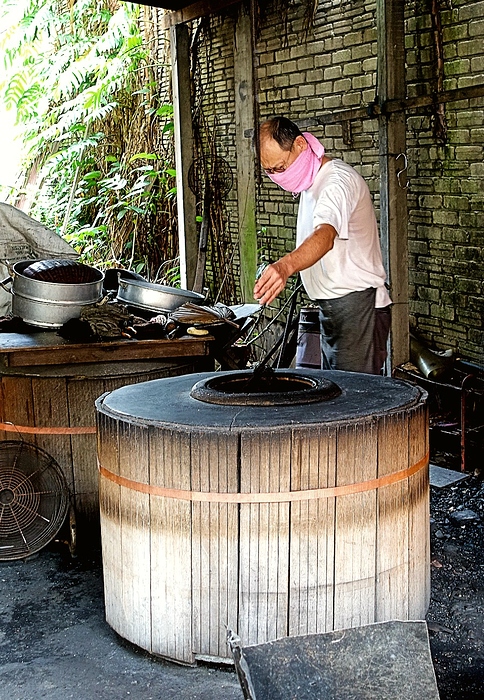 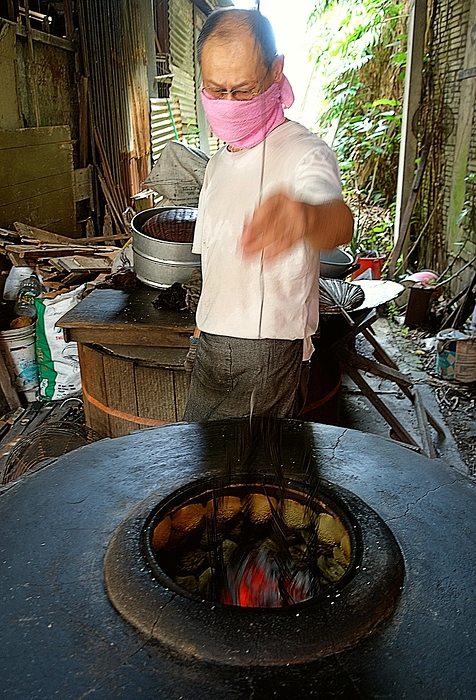 Kompia biscuits are unique to the Foochows here in Malaysia. The biscuits are either plain, or else stuffed with lard & scallions, of char-siu (BBQ pork), or sweetened, grated coconut. The biscuits are slapped onto the side of the clay ovens, the same was as Indian naans are cooked in a tandoori oven, and baked by heat from the charcoal at the bottom of the oven. 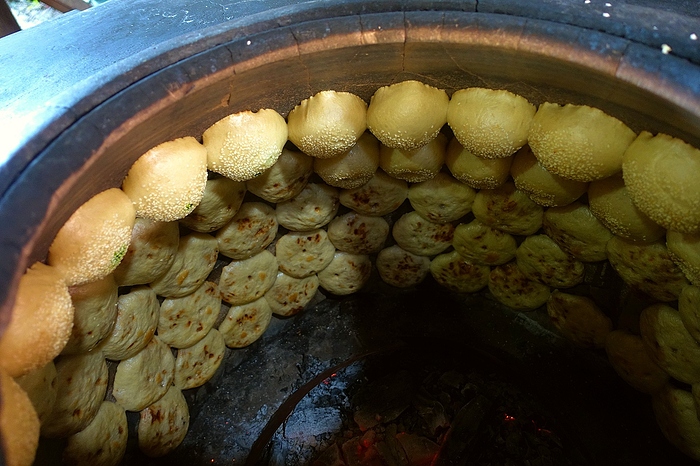 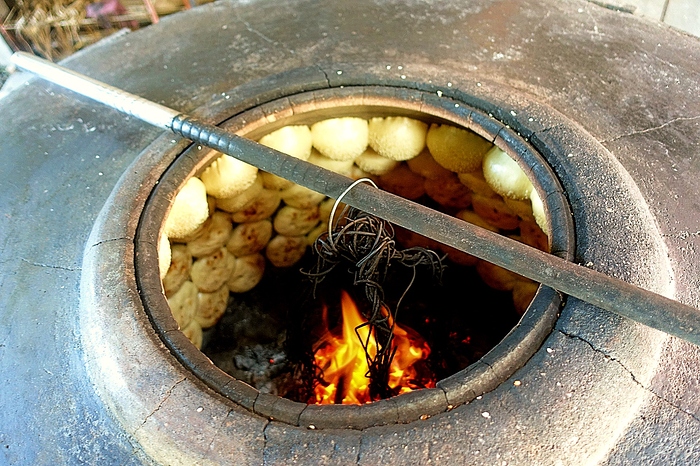 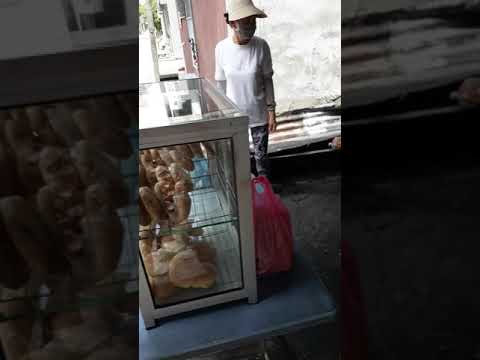 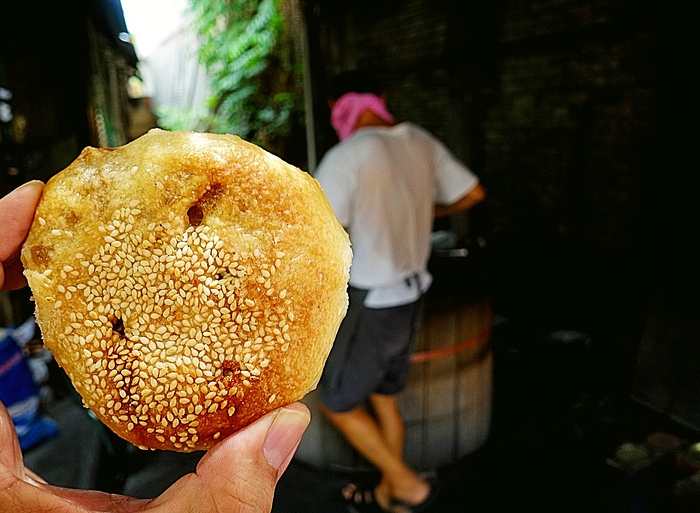 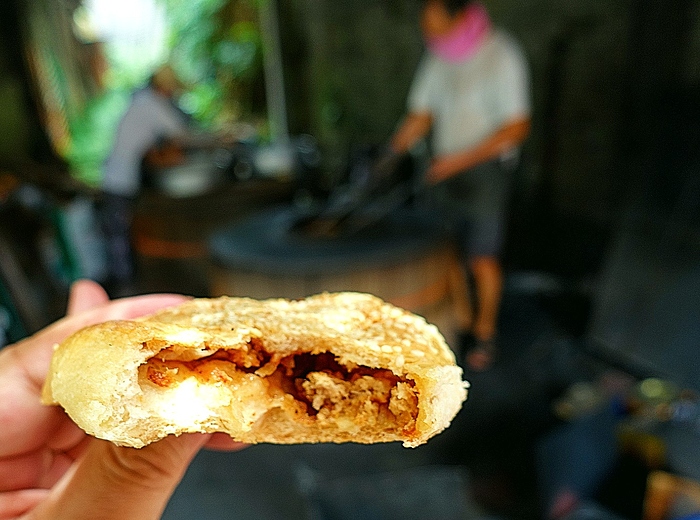 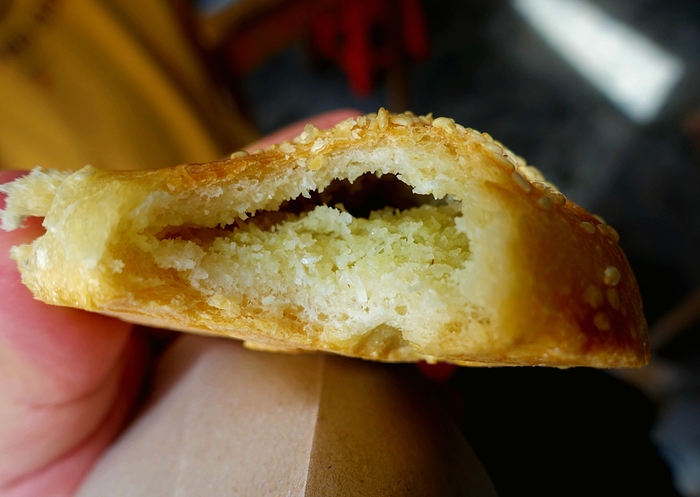 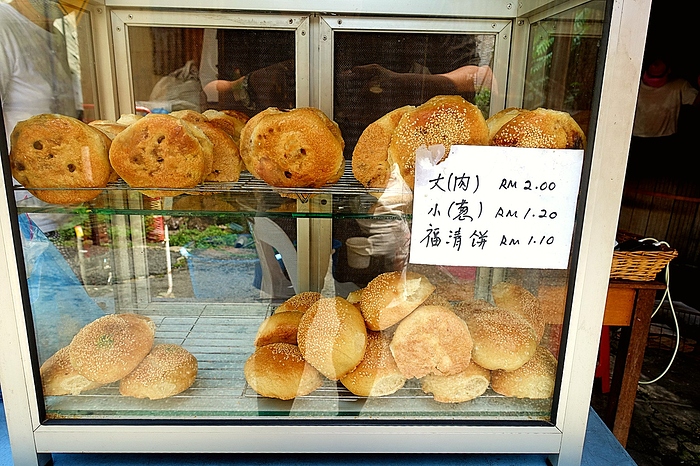 The locals here nicknamed the kompia “Chinese bagels” as they are quite chewy. Since the Foochows are also terrific coffee brewers here, in competition with the Hainanese, we had some excellent Foochow coffee to go with our kompia. 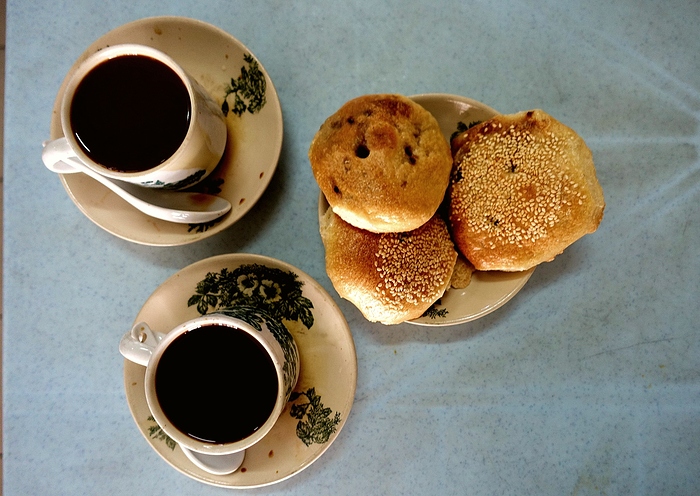 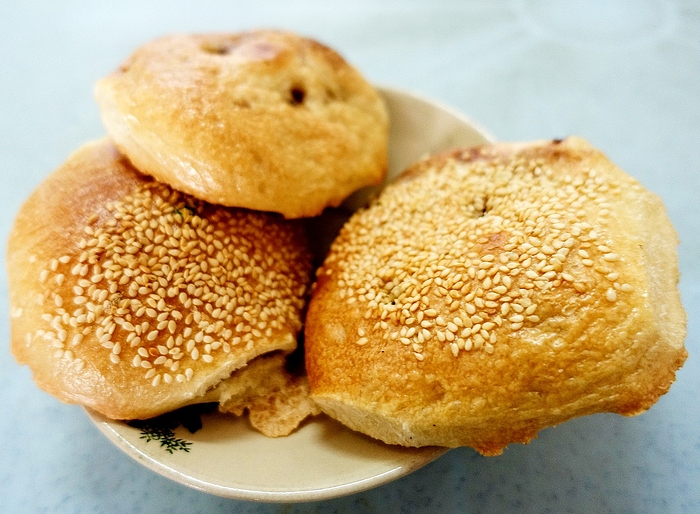 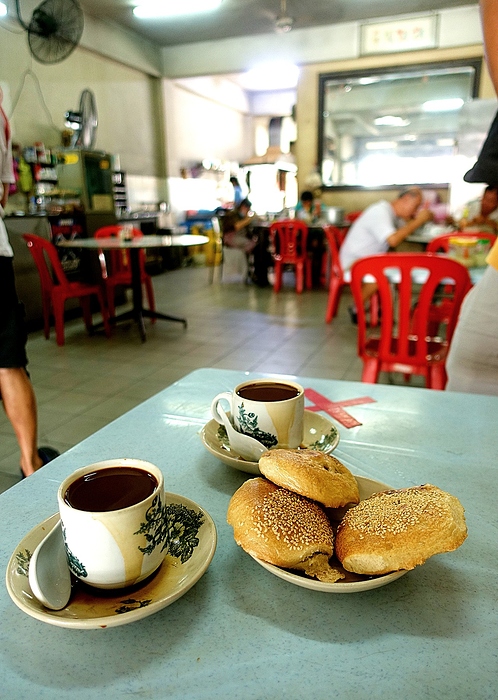 One of the many Methodist churches doting this staunchly Christian district. 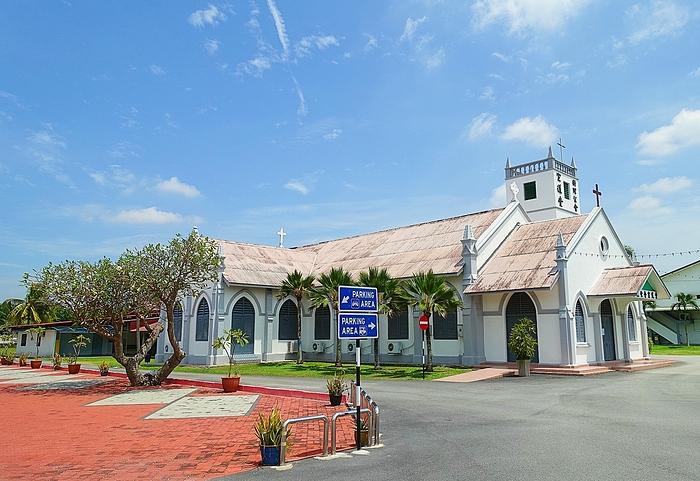 Unlike the rest of Malaysia, where Chinese Taoist or Buddhist temples flourish wherever the Chinese settle, Sitiawan has mainly Methodist churches. A list of just some of the churches in Sitiawan that we noticed in the local museum: 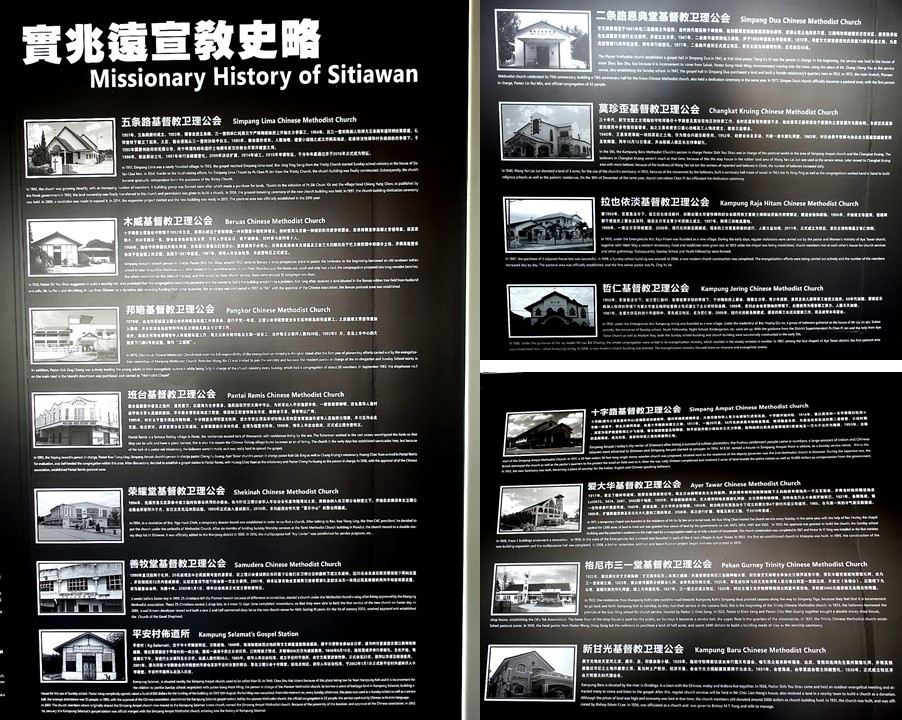 Also explains why most of the restaurants/eateries we visited will be closed on Sundays.

The drum/vertical cylinder oven makes it interesting. There are many variants of this bao/biscuits everywhere.

And that’s what saucers are for.

The older generation of Sitiawan folks converse mainly in the Foochow dialect (they also use “Hockchiew” to describe themselves). They are also fervently anti-Communists, as they suffered greatly during the Communist insurgency in Malaya in the 1950s/60s, which perhaps explains why they are not too keen on Mandarin. But the younger generation has no such hang-ups, and most now opt for Mandarin-Chinese education.

But we actually chose to communicate with them in Penang-Hokkien, as Sitiawan folks (just like Taiping and other major towns in Northern Perak) can also speak Hokkien with an accent 100% similar to Penang’s. There is a special camaraderie between the folks from here and Penang as they were under the jurisdiction of Penang during the British Straits Settlements era in the 19th-century until 1935, when the district came under the sultanate of Perak.

The Liew brothers were pretty pleased when they heard that my friends and I were from Penang: 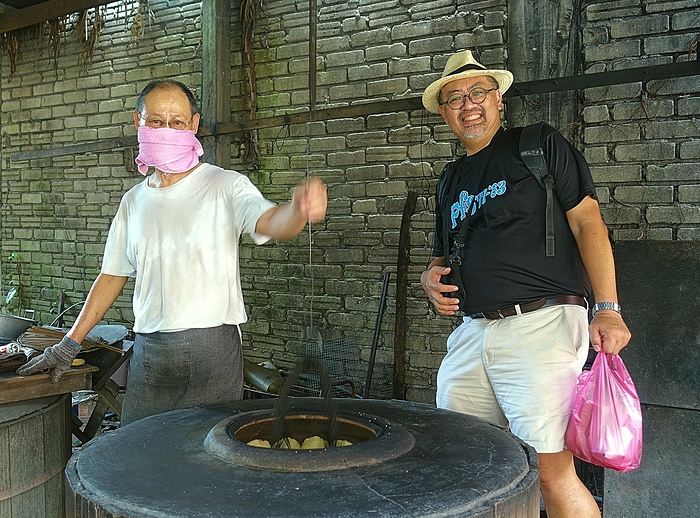 Thanks. That confirms my theory. I would change it, too.

The Foochows are proof you can be a staunch Christian and remain a Foochow and live in harmony with others of different faiths and heritages.

We ordered a couple of dishes for a light lunch at Choong Kwok, prepared by the older of the Liew brothers in his antiquated kitchen, with cast-iron woks atop powerful gas burners: 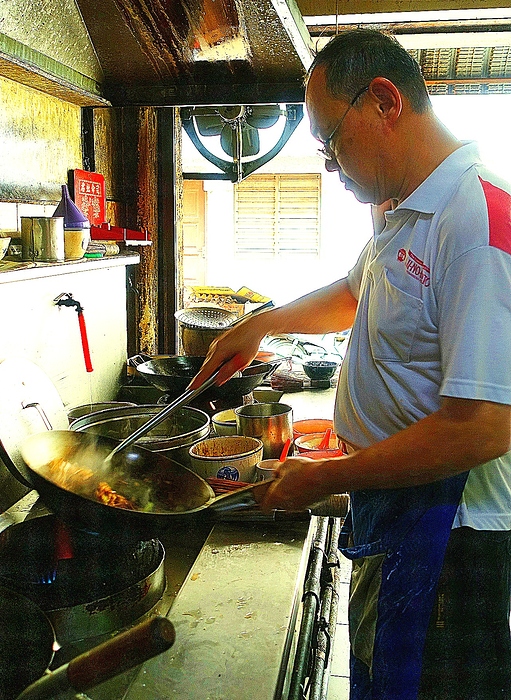 Okay, maybe not exactly the kind of dishes we are used to back home. The flavorings used were quite alien to our tastebuds, and we were wondering whether the chef added red wine lees as a condiment, as the Foochows are wont to do, when cooking these dishes.

Thank you. My mum was from there.

But I never been there before.

Wow. You should make a trip there if you’re ever in the neighbourhood. I’m in Penang, so only 115 miles, or a leisurely 2.5 hours’ drive there.

Just sharing some sights from your mum’s hometown, to give you an idea of what it’s like today. 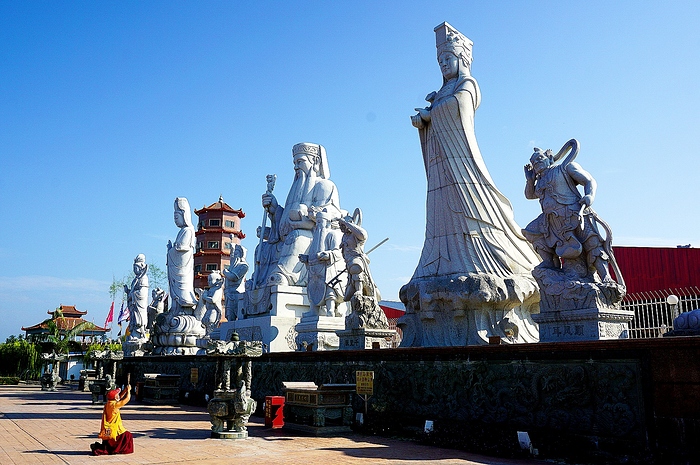 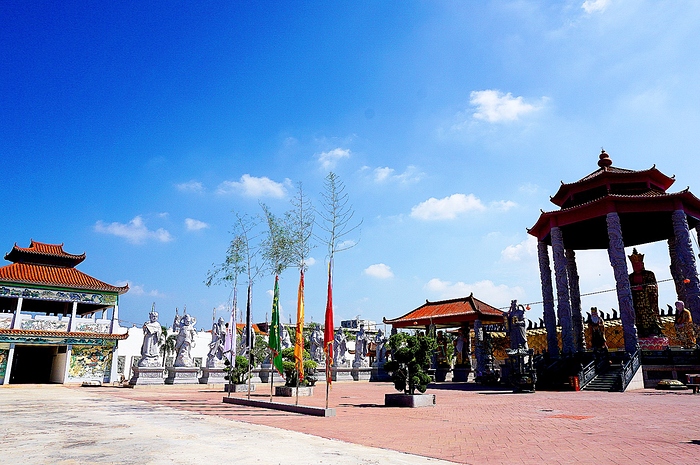 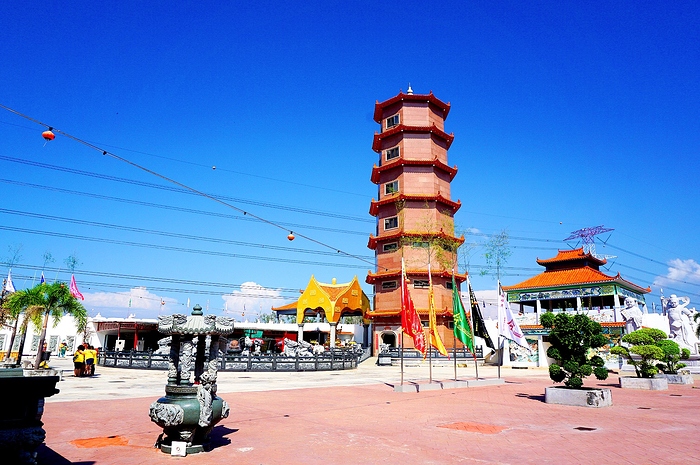 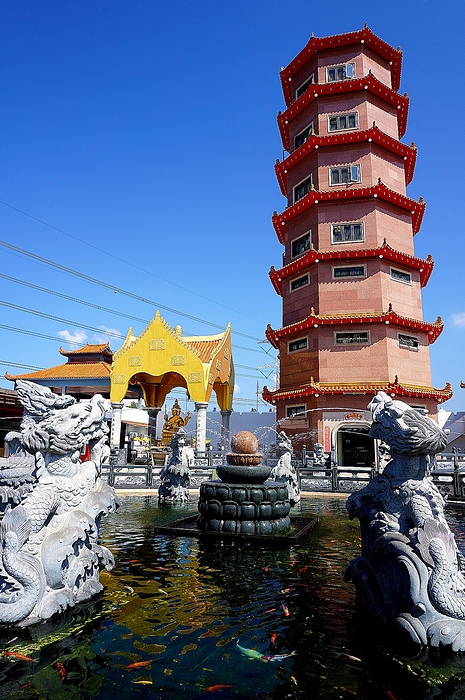 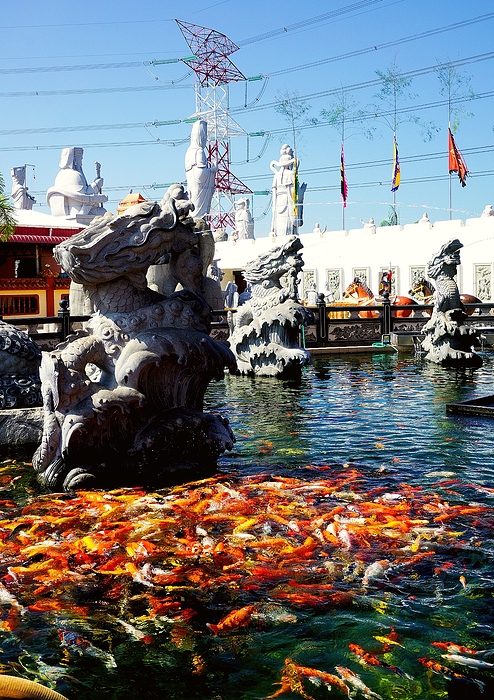 We also visited a Foochow noodle-maker. I’m fascinated by Foochow-style noodles, which have an elasticity and certain stretchiness which we don’t find in other South Chinese (Cantonese, Hokkien, Teochew, Hainanese, even Hakka) noodles. 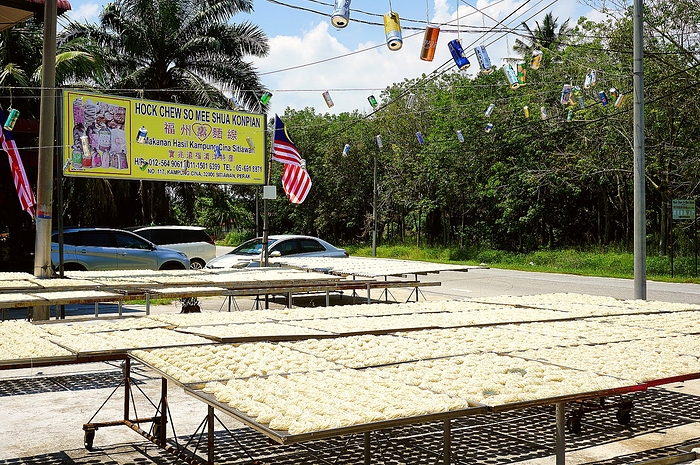 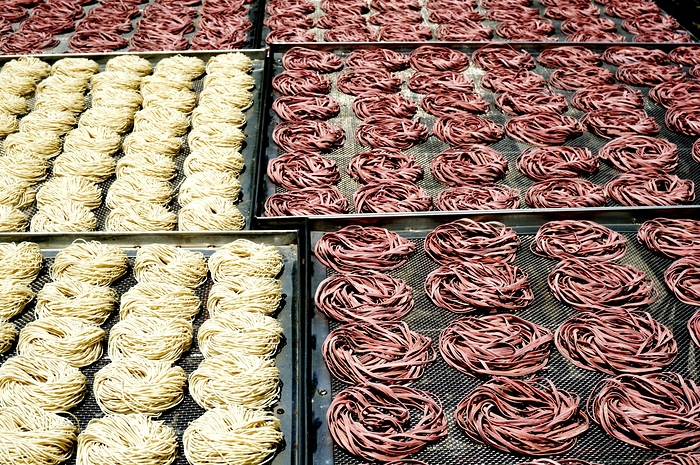 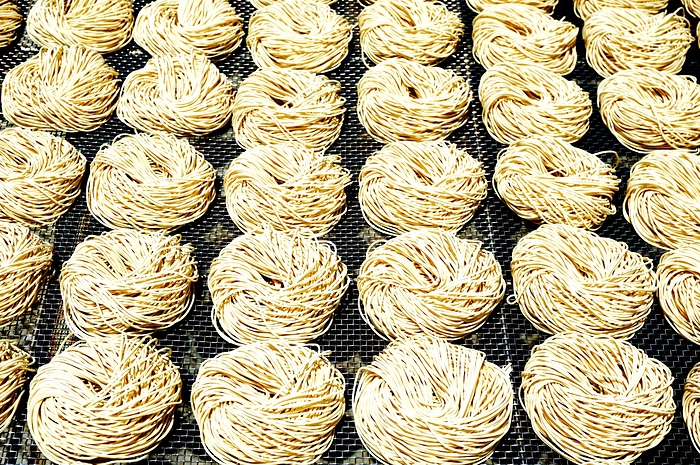 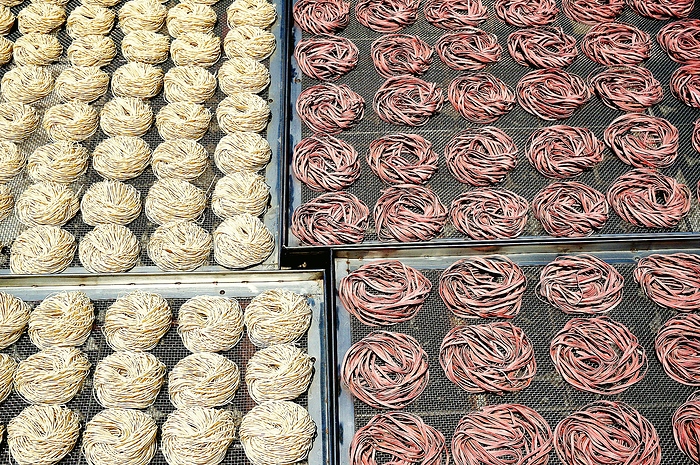 Thanks!. I am a foochow but grew up speaking Cantonese from baby. So I am in between Cantonese and Foochow. I can only said a few foochow words.

Oh, you’ll love these! So good.