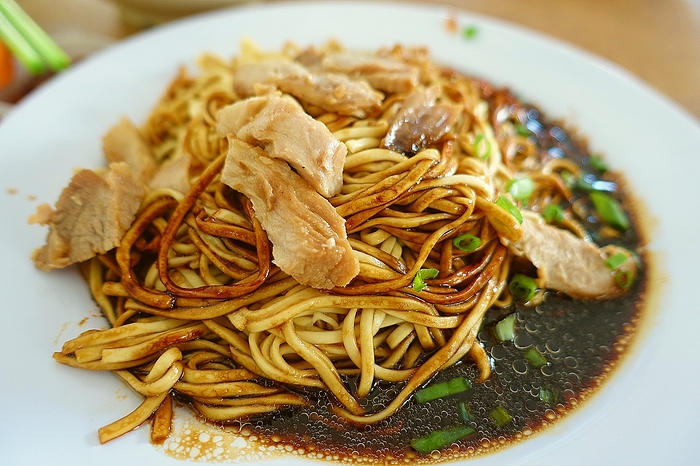 I absolutely adore the Foochows’ pasta-like noodles, which I think have the best texture among all the various regional Chinese noodles in the market - not too springy like the ones the Hakkas make, nor too soft like the Hokkien or Teochew noodles. The Cantonese also make great noodles, but my preference would still be the Foochow one.

Over here at Sin Ek Sek, their signature noodle offering is the Foochow staple: kampua mee, which is served topped with slivers of pork and chopped scallions, tossed in good dark soy sauce-based dressing, and a spoonful of pork lard. It’s a very simple dish, but the noodle’s texture itself is to-die for. 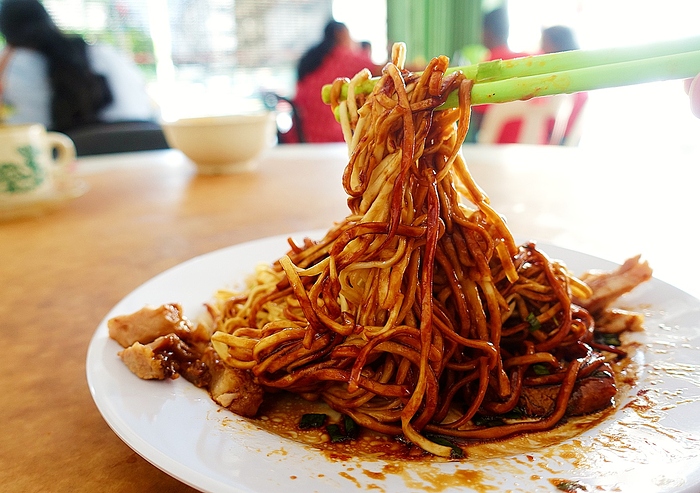 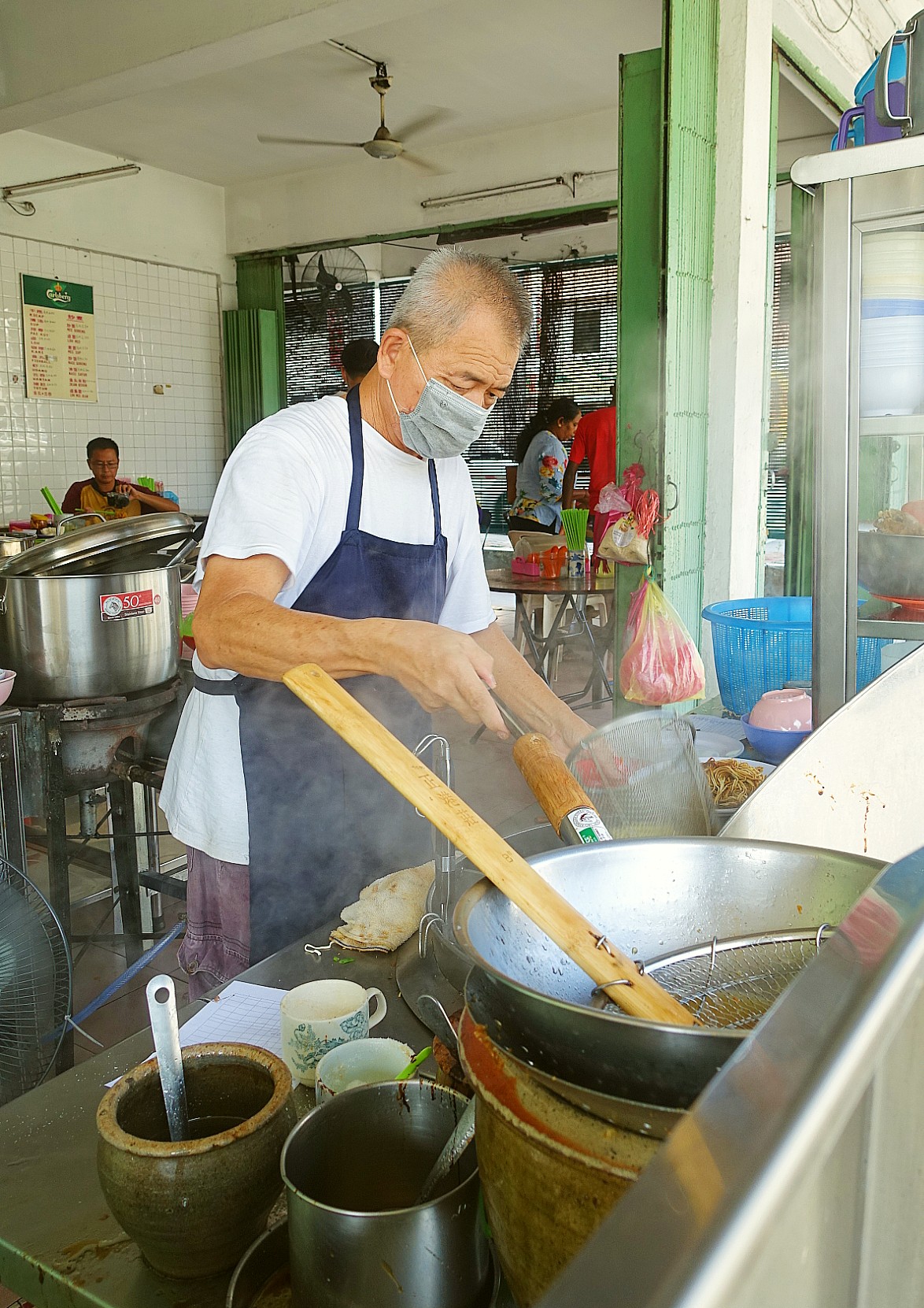 Another noodle dish we tried, which also uses the same type of noodle, is the curry mee. The noodles here are served with a delicious, spicy chicken-and-potato curry, which I found to be quite addictive. 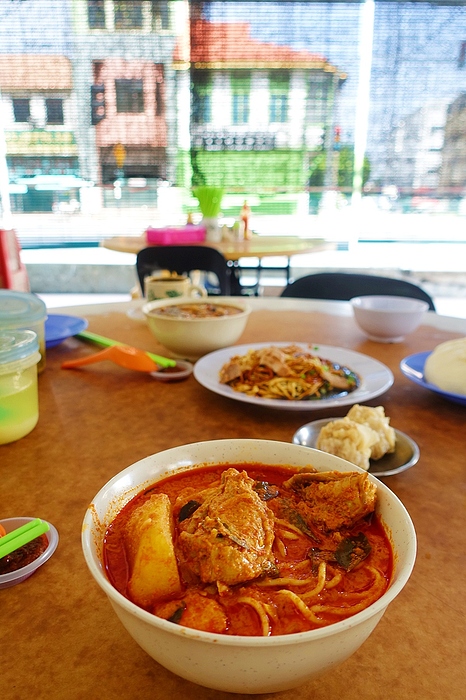 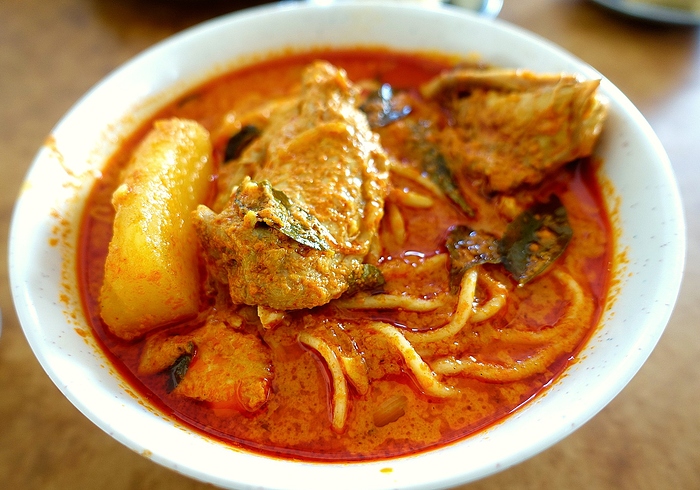 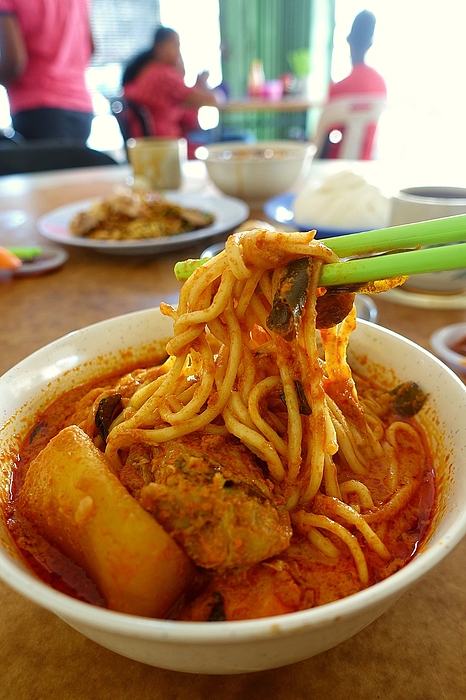 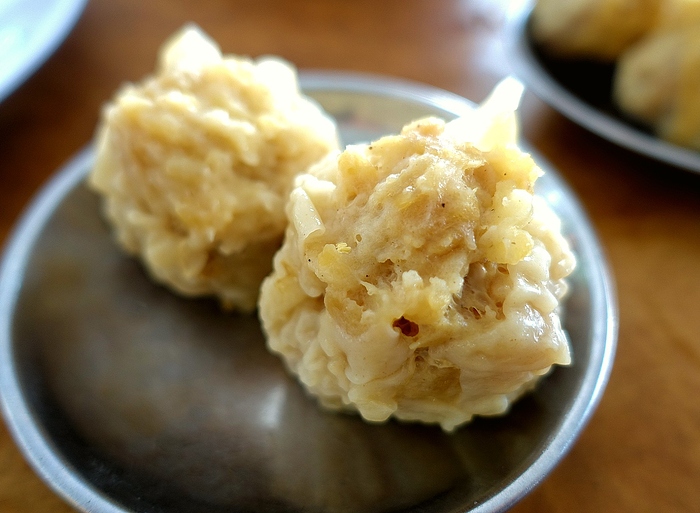 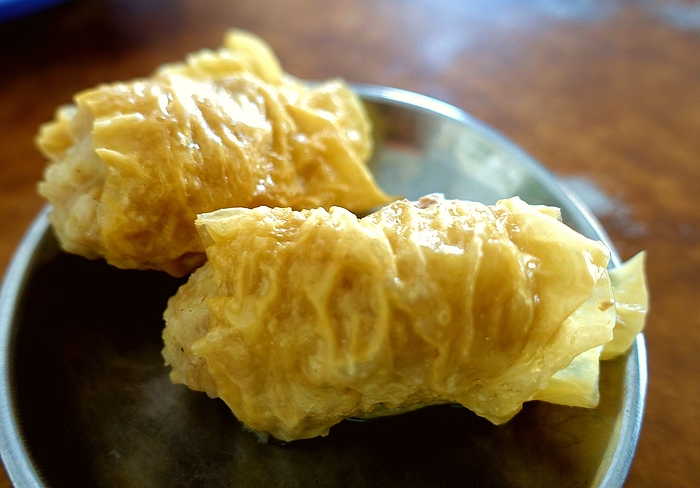 We were actually also looking out for the Foochow steamed buns sandwiching soy-braised pork belly, called “kuak pao”. In the US, most foodies would recognize them as David Chang’s famous Momofuku pork buns. The Chinese here also has a colloquial term for the sandwich, just as in parts of Taiwan, where it’s called Hor ka Ti (Chinese: 虎咬豬/‘Tiger bites Pig’) in Taiwanese Hokkien - so-called because the fold-over steamed bun looked like a tiger’s mouth biting into the pork.
Picture below from JustIN in Singapore: 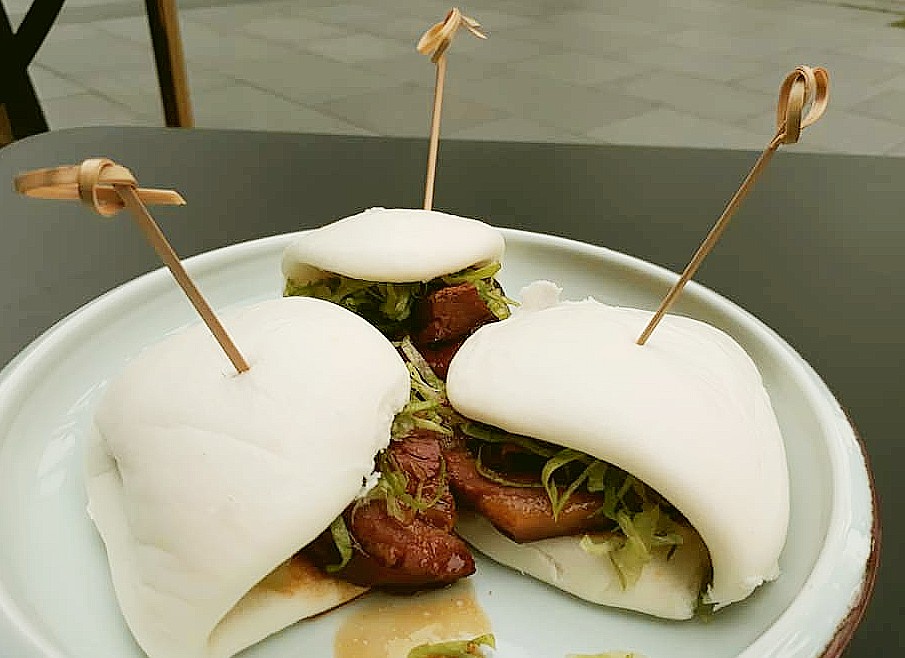 Unfortunately, there was no “kuak pao” in sight. Over here at Sin Ek Sek, we could only find the “tua pao”, or big bun - with minced pork, chicken, hard-boiled egg and radish filling. 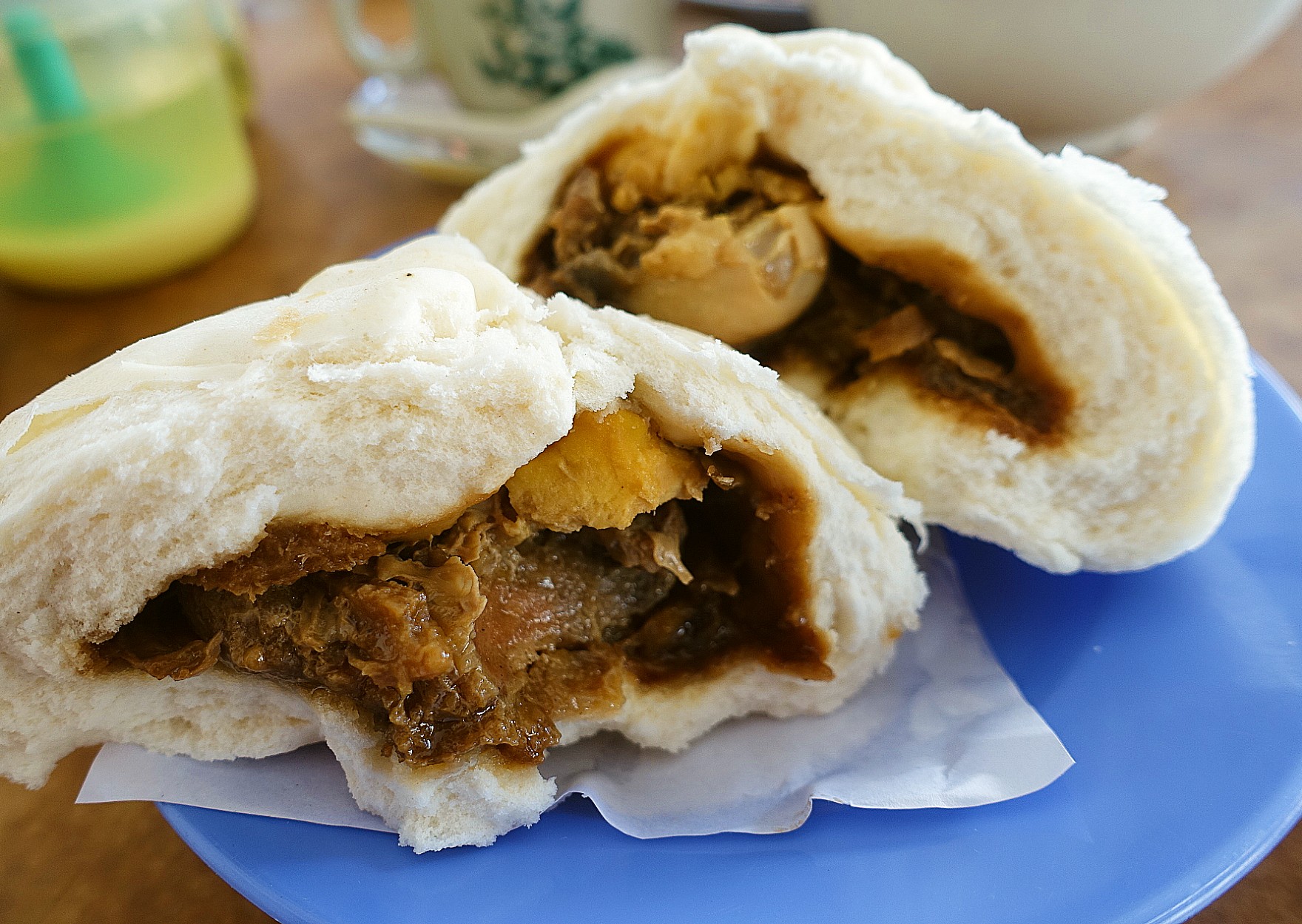 The Foochows are perhaps the only people here in Malaysia and Singapore who could outdo the Hainanese in brewing the best cup of local coffee. So, having a good cuppa is unmissable whilst one is in Sitiawan, a mainly Foochow town. 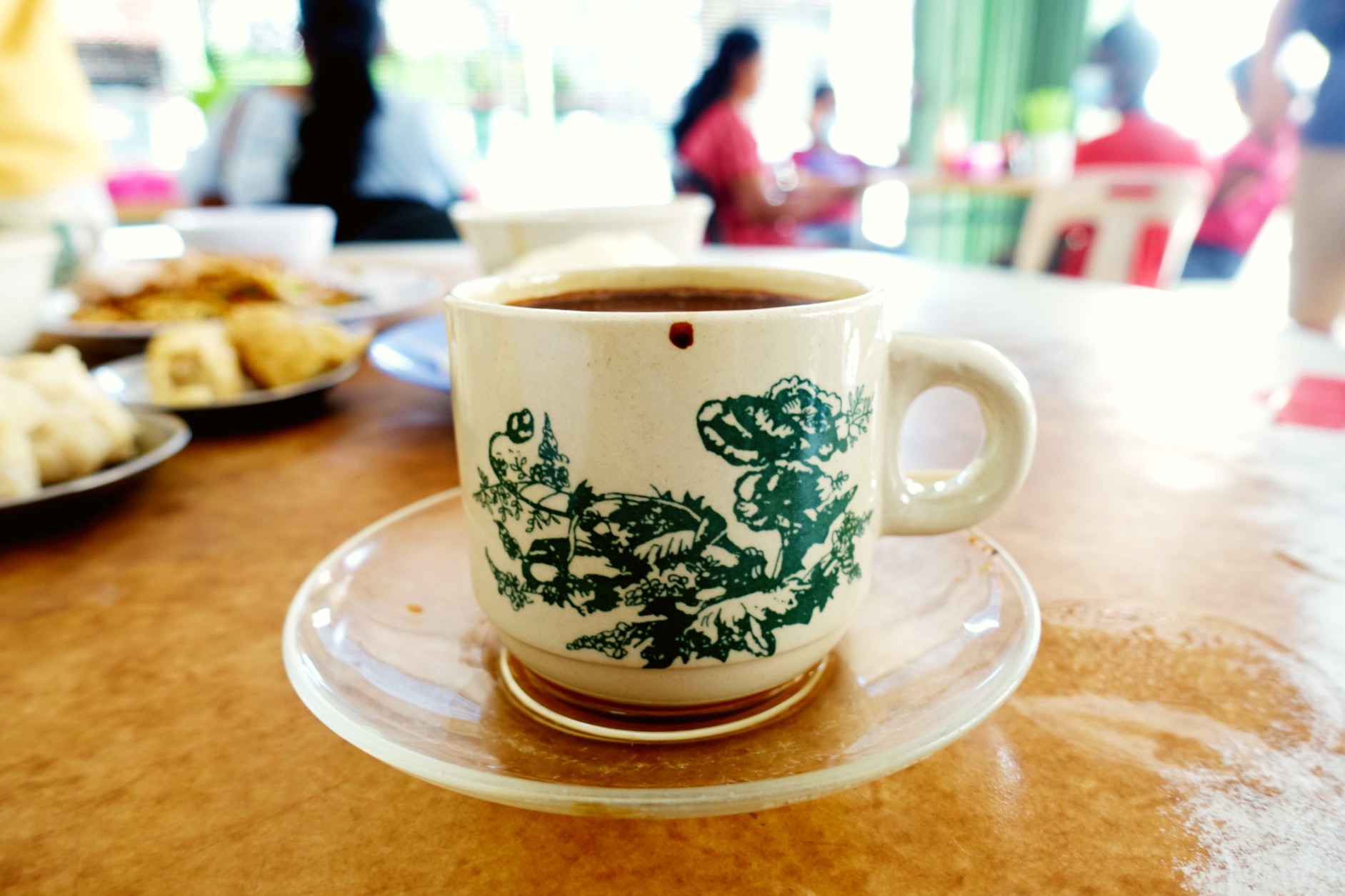 But one also should not miss some interesting beverage concoctions here which are influenced by nearby Taiping (which is mainly Hokkien) - like the “Hor ka Sai” (‘Tiger bites Lion’) which is a mixture of coffee, milk and Milo (an Australian chocolate & malt powder very popular in Malaysia). There is also the “Sai ka Hor” (‘Lion bites Tiger’) which combines tea, milk and Milo. We had the iced versions of the two drinks: 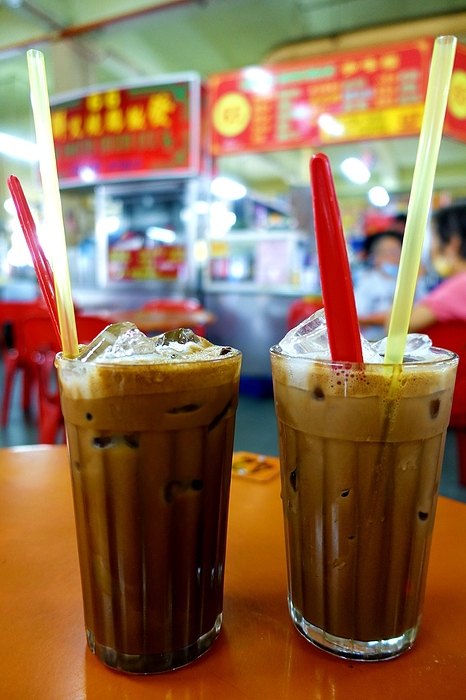 Sin Ek Sek has been around for more than 30 years now, run by the founding Diong family’s 3rd-generation family members these days. 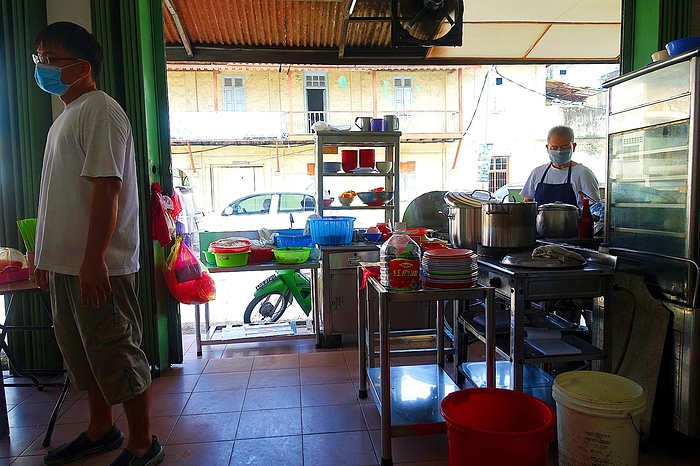 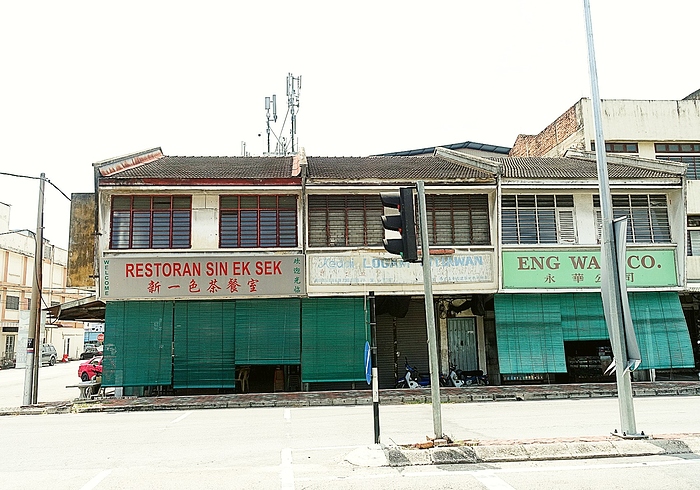 @RedJim, you really do have to make a trip out here one day. And if you do, I’ll show you around!

What a great offer! Thank you Peter.

Can’t think of a better breakfast than hand turned noodles and terrific coffee.

Is this chicken and pork wrapped with tofu sheets?

Is this chicken and pork wrapped with tofu sheets?

Yes, the dumplings do taste of minced pork and perhaps chicken.

I think in Penang, I saw some green in colour wrapper that I believe was sio bee. Is there any significance for the green?

Is there any significance for the green?

No, not really. Some vendors these days took to dyeing their steamed dumplings in unnatural bright colours just to make them more “attractive”. I found those a turn-off, though.