Maria Siew bore a striking resemblance to HK actress, Maria Cordero, who heard about her cooking prowess and made a concerted effort to dine at Sin Nam Thong during one of her visits to Singapore. The two became close friends and there was even a large poster-sized picture of the two of them adorning the wall behind the cash counter in Sin Nam Thong.

In fact, Singapore’s first Michelin-starred hawker, Mr Chan Hon Meng, worked for Maria Siew at Sin Nam Tong then, until she closed her restaurant in the mid-2000s as the construction of the MRT’s Downtown Line threw barricades right in front of her shop, severely affecting the pedestrian traffic there. Many businesses were affected by the construction but, for me, the biggest loss which I felt was the closure of Sin Nam Thong. It was the end of an era. In its original incarnation as Nam Thong Pau, it used to open at 4am to cater to working-class labourers/coolies who started their day very early. Golf ball-sized steamed siew mai were served - none of those dainty, little HK-influenced ones. Their customers, mostly those doing menial labour, seeked big, robust breakfasts to start their day.

Anyway, Maria Siew made a comeback after a 10-year-hiatus and re-appeared at the Chinatown Food Complex - ironically, her stall’s just a few yards away from her former protege’s Liao Fan HK Soysauce Chicken Rice & Noodles [Singapore] World's Cheapest 1-Michelin-star eatery: 𝗛𝗞 𝗦𝗼𝘆𝗮 𝗦𝗮𝘂𝗰𝗲 𝗖𝗵𝗶𝗰𝗸𝗲𝗻 𝗥𝗶𝗰𝗲 & 𝗡𝗼𝗼𝗱𝗹𝗲𝘀, as Chan Hon Meng aka Hawker Chan hit the big-time ever since he became one of the first two hawkers in Singapore had to gain a Michelin-star in the first edition of the Singapore Red Guide in 2016. 2- to 3-hour long queues were common at his stall in the early days of the Michelin announcement. The craze has tapered off somewhat, but one still faces long queues for Michelin-starred soysauce chicken-on-rice which is, frankly, not much different from Maria Siew’s - and she’s the one who taught Hawker Chan how to cook! 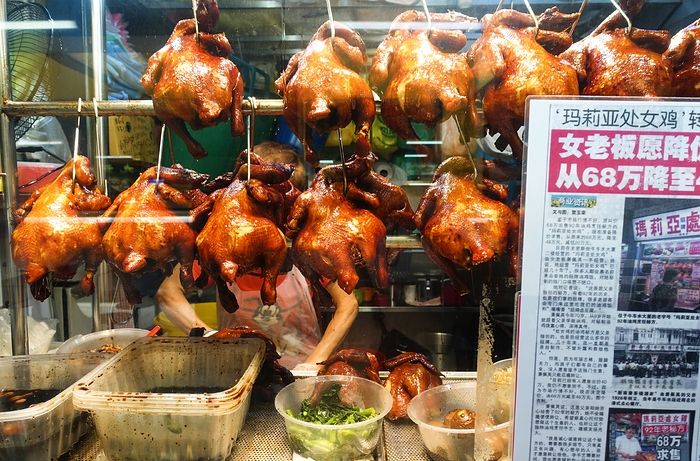 Maria hasn’t lost an iota of her skill when I was there a few weeks back - her soysauce chicken was as good as I remembered. Tender pieces of chicken, slathered in her inimitable sauce, slightly sweeter than most other places’. 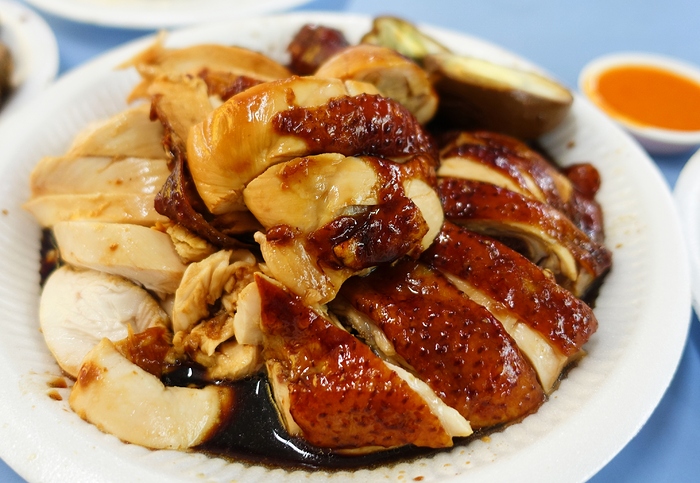 But my favourite dish there is her soy-braised tofu, where you get the smoothest, softest tofu ever, which provided a perfect foil to the strong flavours of Maria’s signature soy-caramel sauce. I also ordered some poached chicken livers besides the tofu, but the earthy flavours of the (slightly overcooked) livers did not fare as well. 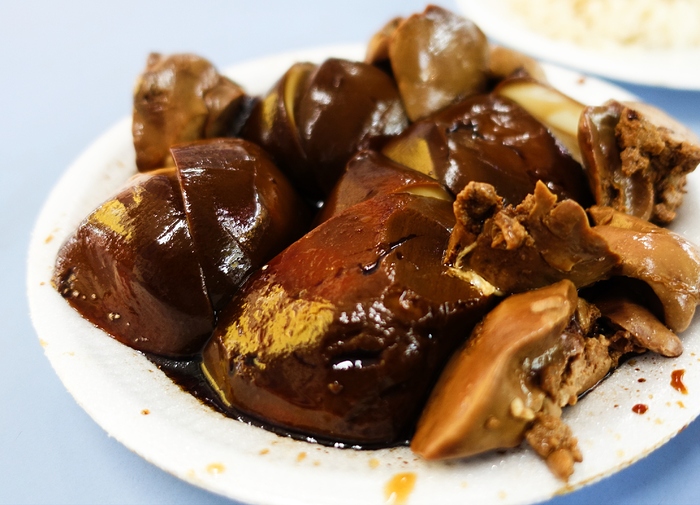 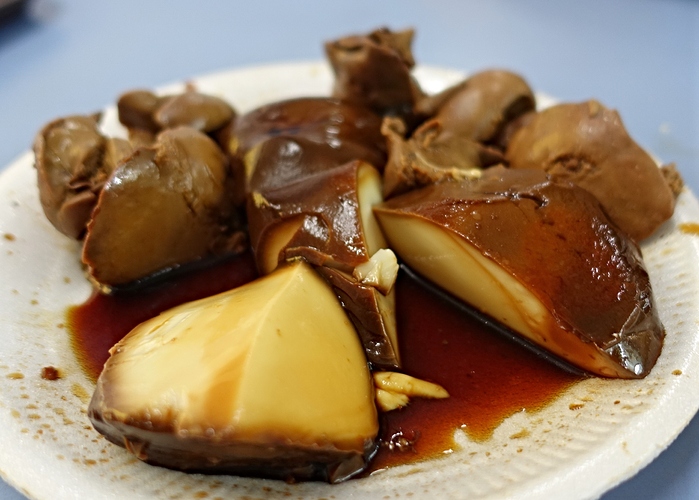 We also ordered a plate of Chinese broccoli , topped with oyster sauce and golden-fried shallots. It wasn’t very good - the vegetables were fibrous and tasted slightly bitter. Not recommended. 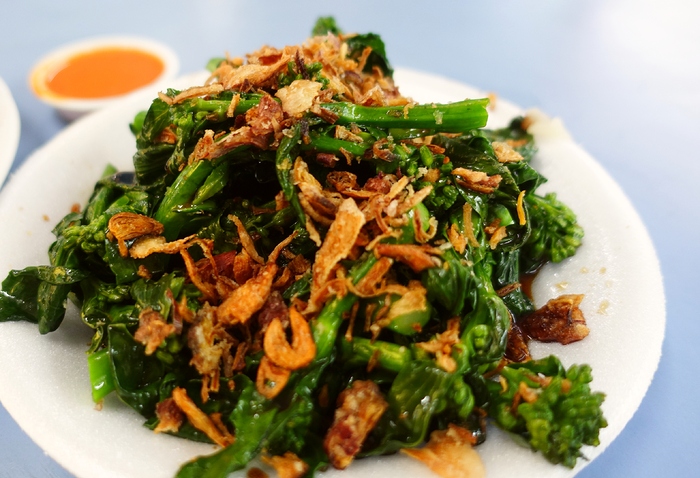 Overall, it was a really good meal. I’d come back again & again (& again!) for her soy-braised tofu. 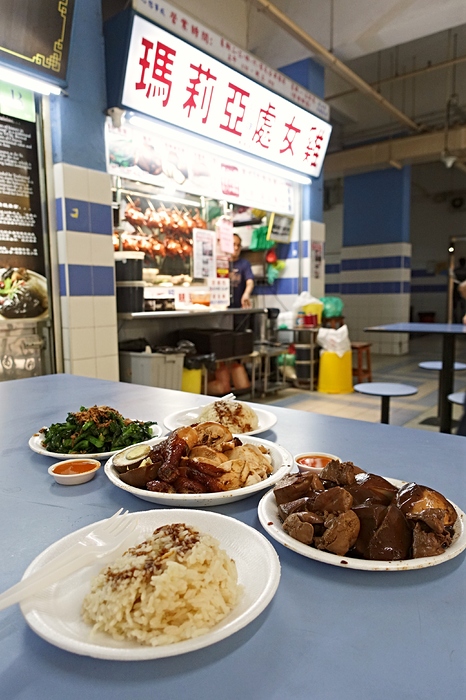 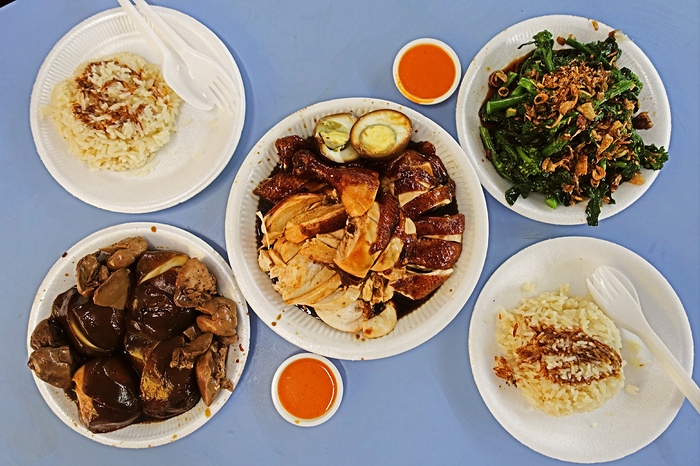 Need to hurry, looks like Maria Siew is looking forward to sell her business eventually since her kids would not take over her business.

As usual thanks @klyeoh for the excellent post, especially the historical context.

Maria Siew is looking forward to sell her business eventually since her kids would not take over her business.

I would be very sad indeed if no one in her family carries on the business. I wished that, 20-30 years ago, I’d taken photos of the old place and her food, but it was something that wasn’t done back then.

Was the food different in the old place?

Her formula is on sale now and it is not cheap. 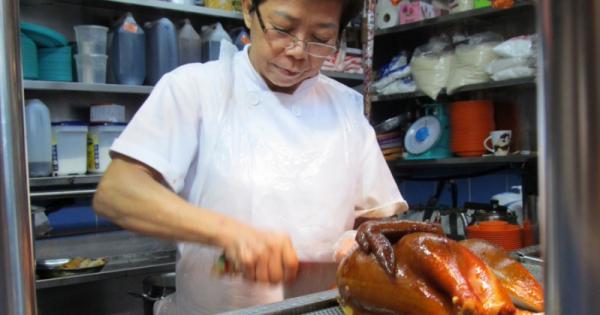 Was the food different in the old place?

Absolutely. Back then, it was a proper Chinese noodle house, with a range of roast meats (and her amazing soysauce chicken) thrown in. Quite often, we ordered her fried wat tan hor fun and yee fu mein. Sometimes, we’d opt for a la carte Cantonese dishes to go with rice, and we’d have a plate of crisp-skinned roast pork and char siew as well.

I’d been there for a proper Chinese dinner as well, where we ordered a whole roasted suckling pig. Back then, Maria Siew usually sat behind the cash counter or else came out to chat with her regular customers. She was the consummate hostess then, well-coiffed and immaculately-dressed. No resemblance to what she’s doing now - cooking herself behind the counter in a hawker stall.

Does she do that anymore? If not, where do you recommend to order such a pig?
(We love roasted suckling pig!)

Not anymore, unfortunately. Roast suckling pigs can be had from Imperial Treasure in Great World City, Jade Palace in Forum or Crystal Jade Palace in Ngee Ann City.
But one of my Singaporean uncles LOVE the one served at CRC Restaurant in Penang. He got 4 of his Singaporean friends to come try it in Penang last month. They liked it do much, they went back the next evening for another suckling pig. I didn’t go back with them the second time - I’m on Crestor!

Thanks so much. Will definitely go there if we visit Penang again. Simply can’t resist a good pig! 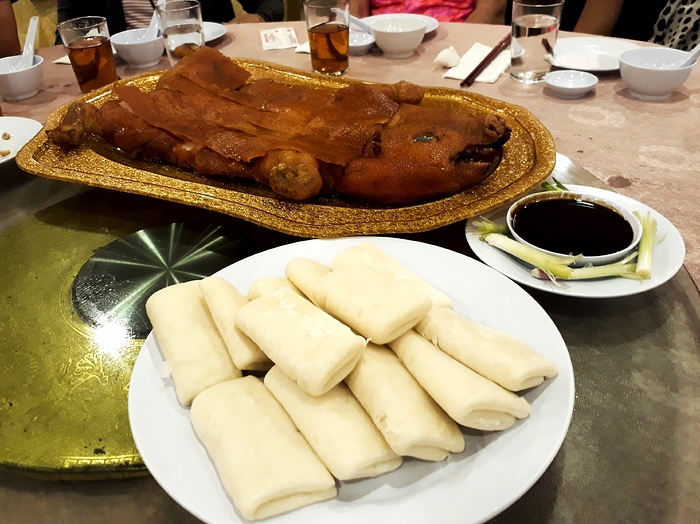 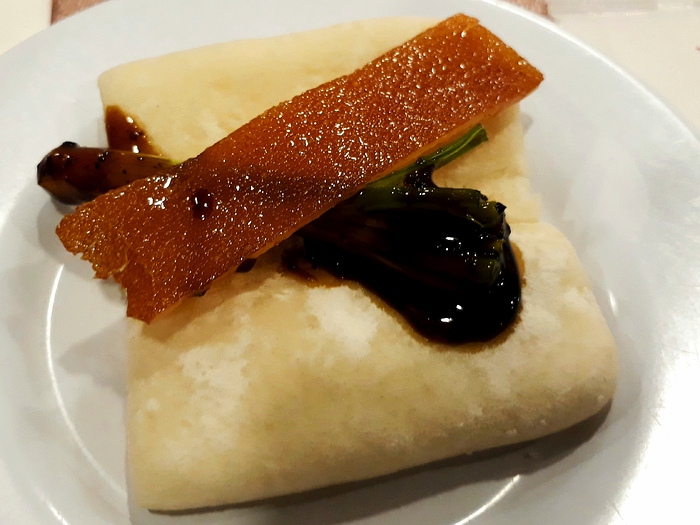 Thanks for the photos. That was paradise! We ate a few times in Hong Kong, at Kam’s Roast Goose and Xin Dau Ji (photo below), and is still looking forward for the perfect pig. I can see the skin of CRC pig glittered, looks delicious already. 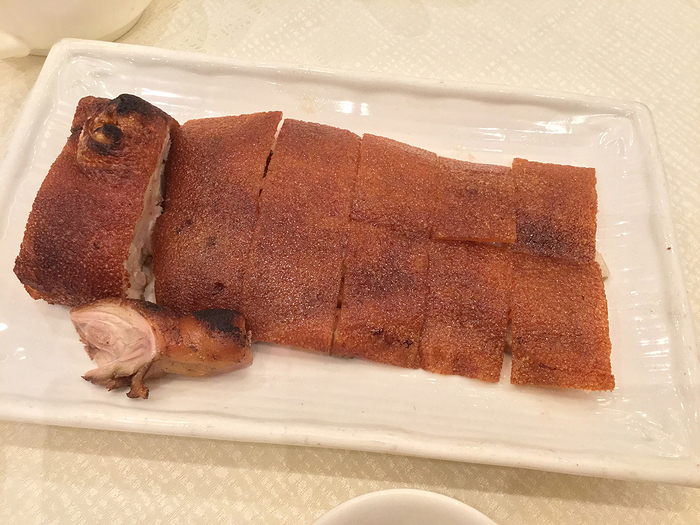 We went to the Causeway Bay branch of Xin Dau Ji, situated at the 2/F Holiday Inn Express. It has good reputation for the suckling pig, and this dish is one of the favourite of my partner. Signature Crispy suckling pig [image] Famous Roast goose [image] Mottled Spinefoot Congee - my favourite of the night, strong taste of fish and ideal eating with the crispy bread stick [image] Fried bread stick [image] Shrimp roe pomelo peel - I find the peel somehow tasteless, the taste didn’t pe…