Singapore’s Little India district has always been perhaps the liveliest part of the island. Singaporean-Indians, especially the Tamils, are an integral part of Singapore’s identity since the island-state’s founding. Today, Singapore-Indians constitute 9% of Singapore’s population, and Tamil is one of Singapore’s four official languages, alongside, English, Mandarin and Malay. Singapore has some of the best South Indian, especially Tamil and Keralan, cuisine anywhere in Asia out of the Indian sub-continent, so eateries in Little India are certainly worth exploring.

I’ve been food-hunting in Little India since I was a teenager and, four decades on, its appeal on me has never receded. This colourful, boisterous part of the city where I’d return again & again if I ever want to look for good bites. 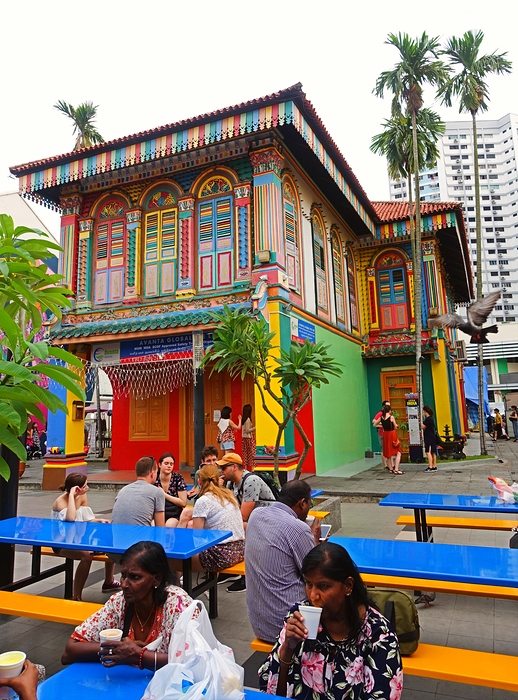 Fresh coconuts, yielding the sweetest coconut water, sells for only S$10 (US$7.40) for 4 whole coconuts. 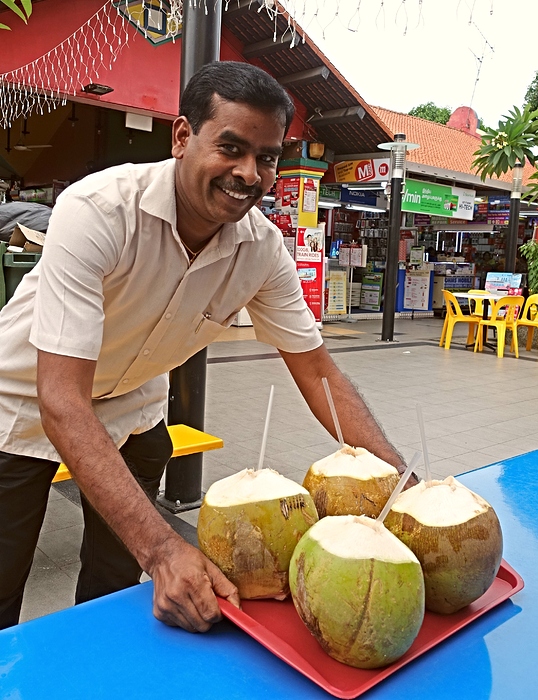 Banana leaf rice - steamed white rice served with a selection of curries and spiced vegetables, is very popular. My fave spots include Madras New Woodlands, Komala Vilas and Sri Kamala Vilas, all of which I’d been patronising regularly for more than 30 years. 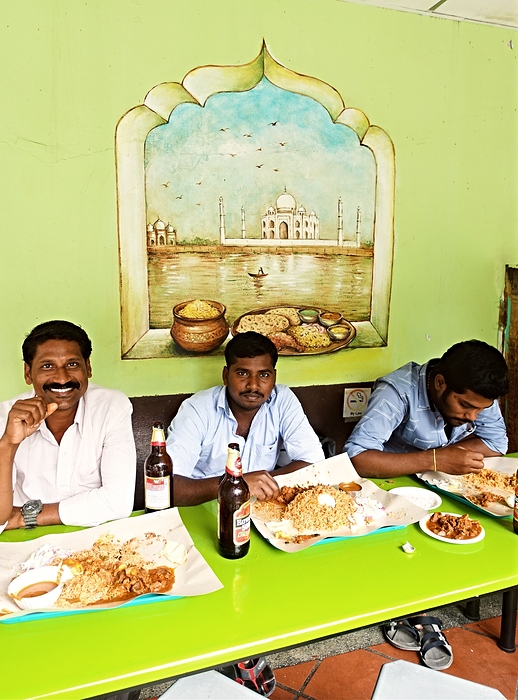 But I was here for snacks last weekend: 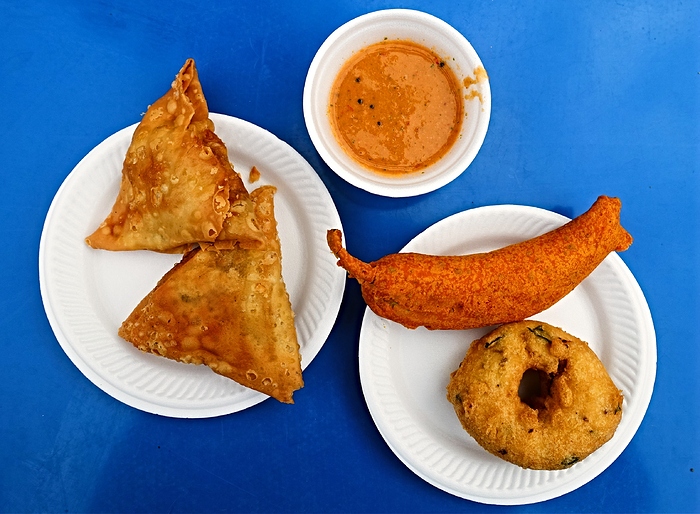 These snacks are bought from food kiosks fronting the colourful Tan Teng Niah Residence. One can never run out of dining possibilities here. 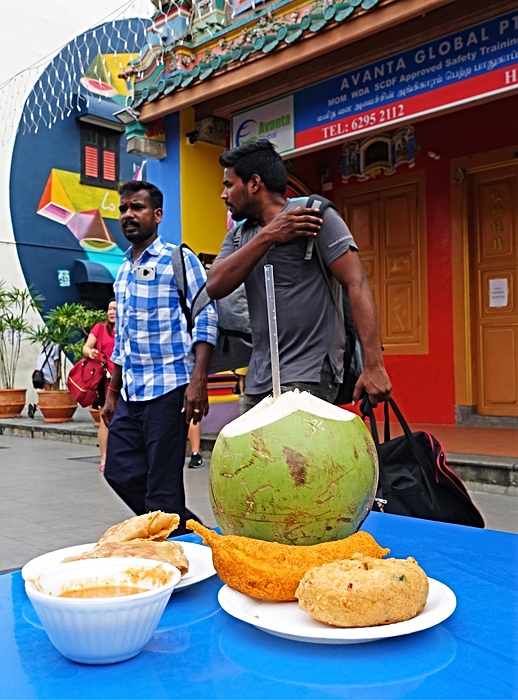 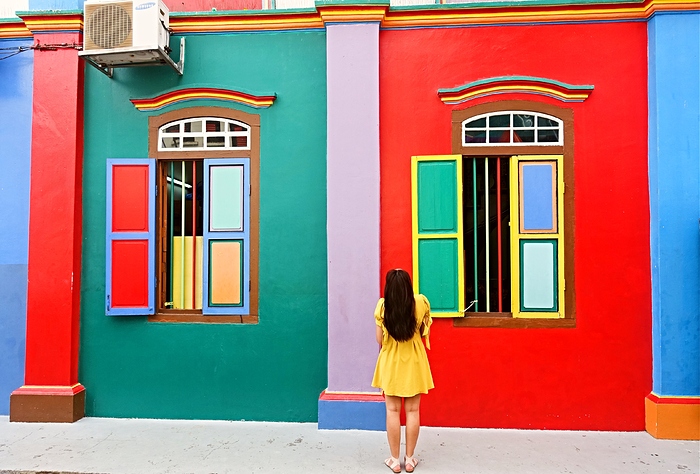 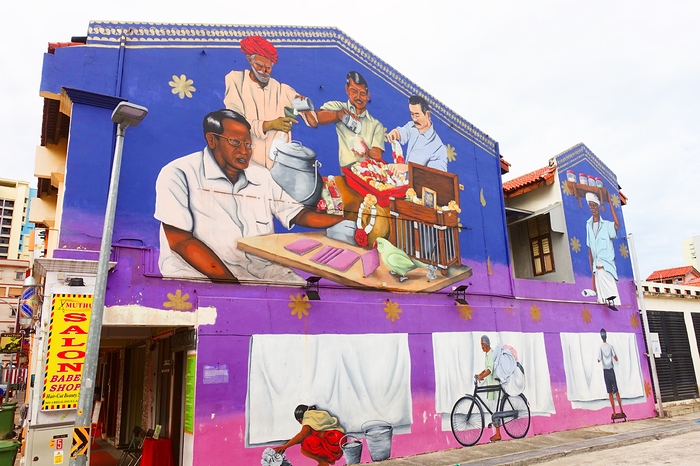