Singapore and Malaysia are both multi-cultural/multi-racial societies with 3 major races: Chinese (mainly Fujianese, Hakka, Cantonese & Teochew), Malay and Indian (mainly Tamil, Malayalee, Telugu, Punjabi & Bengali). Throughout the past 200 years, the three major races have assimilated, borrowed, adapted and influenced each other’s cuisines, to form Malaysia and Singapore’s own versions of Chinese, Malay and Indian cuisines, and contain dishes which one would not be able to find in China or India themselves.

Two of these early-fusion dishes are the Chinese “chneh hu” and the Indian “pasembur”, both unique to Singapore & Malaysia. Both dishes share some strikingly similar characteristics: both are basically salads with julienned cucumbers and jicama as a base, topped with a multitude of ingredients: crisp-fried fritters, pan-fried tofu, hard-boiled egg, etc.
And both are slathered with a spicy, sweet-sour tomato-chili-based dressing, though the Chinese “chneh hu” would be less spicy than its Indian counterpart.

Both dishes appealed to the Chinese, Indian, Malay and other races in Malaysia and Singapore. I personally regard the two as very distinctly different dishes, and would decide which to have, depending on whether I want to “eat Chinese” or “Indian” on any given instance.

Both dishes are obviously results of cross-borrowing of food cultures between the Teochew/Chaozhou/Chiuchow-Chinese on one side, and their Tamil-Indian counterparts on the other.

And the respective dishes had evolved through the past decades to become their standard forms as we knew them to be today. “Chneh hu” are always sold by Chinese hawkers, whereas “pasembur” would always be sold only by Indian hawkers, without exception.

The present generation of Singaporeans and Malaysians would be familiar with both dishes, as the current forms of both dishes were achieved perhaps half a century back. But no one has bothered to delve deeper into the origins of the two dishes - how they started, and exactly when & where the evolutionary process began for both of them.

A year back, Dr Ong Jin Teong, the renowned Singapore-based author of Penang Heritage Food had asked me collaborate with him to research on the dishes’ origins, and also seek to answer the age-old question which our countrymen would ask: which came first, the Chinese “chneh hu” or the Indian “pasembur”?

Penang Monthly, by the Penang state government, had published the piece which Dr Ong and I co-wrote, in this month (Dec 2021)'s issue: 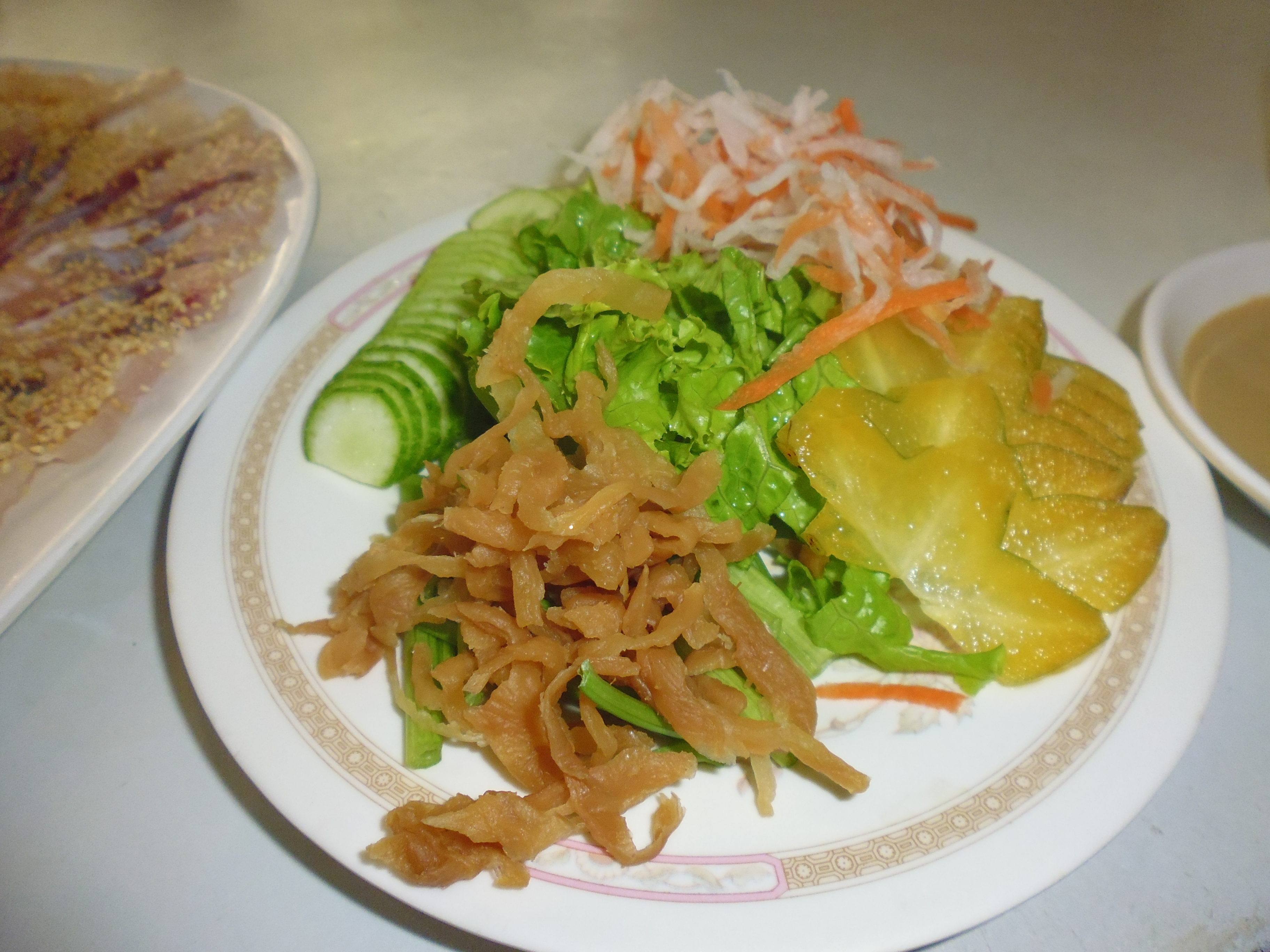 Which Came First, the Chneh Hu or Pasembur? - Penang Monthly

FRIENDS AND RELATIVES from the post-war generation would remember the famous chneh hu stall at Padang Brown. Unfortunately, the stall is no longer there. There...

What a fascinating article, Peter. Thanks for posting.

In it you write that chneh hu is often described as the “Chinese pasembur”. Doesnt that suggest that this is the later Chinese dish referencing the earlier Indian one?

In it you write that chneh hu is often described as the “Chinese pasembur”. Doesnt that suggest that this is the later Chinese dish referencing the earlier Indian one?

No, that term actually came about much later, as “chneh hu” was generally the term used for the (Chinese) dish by my grandfather’s generation. Perhaps, “Chinese pasembur” coined by someone for a friend who’d tasted Indian pasembur before he had his first “chneh hu”.

BTW, the term “pasembur” carries NO meaning in any Chinese, Indian or Malay languages or dialects. We suspect it was a bastardization of the Sri Lankan “pol sambol”, mispronounced by the early Malayans. When the British colonialists wanted to staff their early civil service positions in British Malaya, most of the administrators, accountants and engineers were Ceylonese, which they brought in en masse.
So, Malayan cuisine was also subsequently much-influenced by Ceylonese (i.e. Sri Lankan) culinary culture.

Thanks for sharing your research.

Interesting to know ancient China was open to raw fish and meat. I wonder when they stopped doing that.

According to Fan Hsiao from the Institute of History and Philology, Academia Sinica,1 the Chinese had been eating kuai sheng or raw fish and meat since the Shang dynasty. Kuai means finely cut while sheng refers to raw fish or meat.

About Chneh Hu and Pasembur, do you think with the trend you see today, the 2 dishes will continue to exist independently or it will merge?

About Chneh Hu and Pasembur, do you think with the trend you see today, the 2 dishes will continue to exist independently or it will merge?

They will continue their separate existence, as both dishes have solidified their own respective identities within the Singaporean/Malaysian-Chinese and Indian culinary pantheon of dishes.