Les Amis occupies a special place in my culinary world. When it burst upon the scene back in 1994, Les Amis became the talk of the town - its kitchen fronted by the-then relatively unknown but vastly talented and hardworking Justin Quek. The sommelier was Ignatius Chan, later to open his own restaurant, Iggy’s, which has become another Singapore dining institution of sorts. Back then in the early 1990s, French-style fine-dining were all dominated by the hotel-based restaurants: Hubertus Grill at the ANA, Truffles at the Dynasty, Le Duc at Omni Marco Polo, Latour at the Shangri-La, Maxim’s at the Regent, Le Restaurant de France at Le Meridien, Compass Rose at the Westin Stamford, Palm Grill at the Westin Plaza, Baron’s Table at the Holiday Inn Crowne Plaza, Fourchette at the Oriental, among others. Then, Les Amis came along.

Fast forward now to 2017 and every single one of the other restaurants are no more, whilst Les Amis has gone from strength to strength, with its band of staid, loyal customers - standing up to even the new kids on the block: Daniel Boulud, Joel Robuchon, Gordon Ramsay, Andre Chiang, et al.

I met up with an aunt who observes a strict vegetarian diet the other day. She suggested Les Amis, and my curiosity was piqued as to how Les Amis will do a 2-Michelin-star -level vegetarian option.

I’d not been back to Les Amis for a while now - it has always undergone a face-lift every few years, but the clean lines and muted colours were always maintained. No difference with this new incarnation: 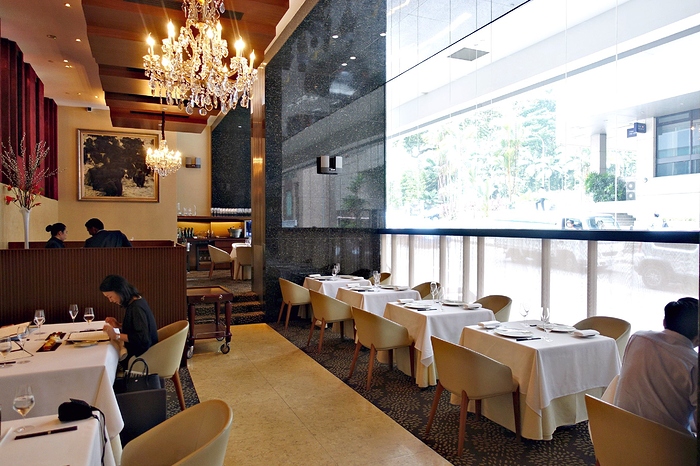 This was what we had - mine was non-vegetarian:
Amuse geule: 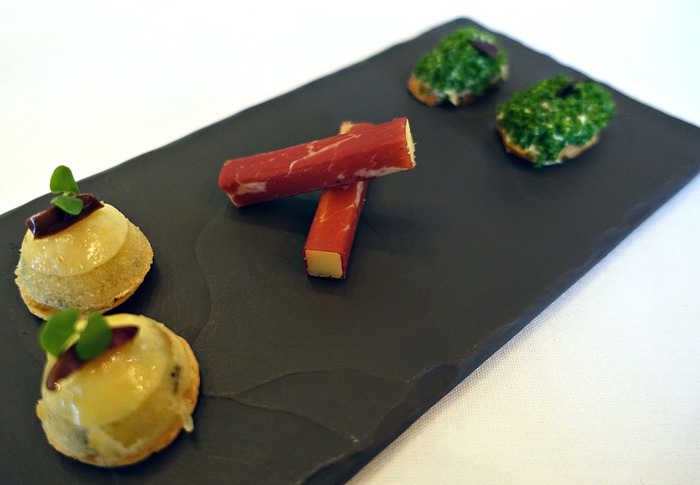 Very good bread basket, better than those at the other Michelin-starred spots in Singapore (Robuchon still sets the benchmark here). 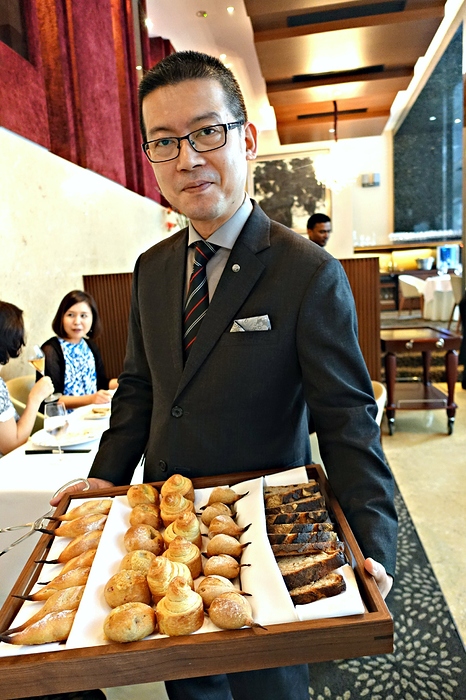 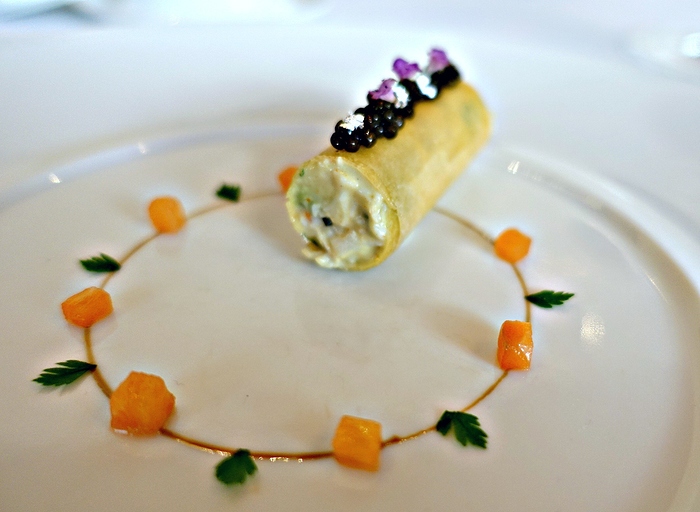 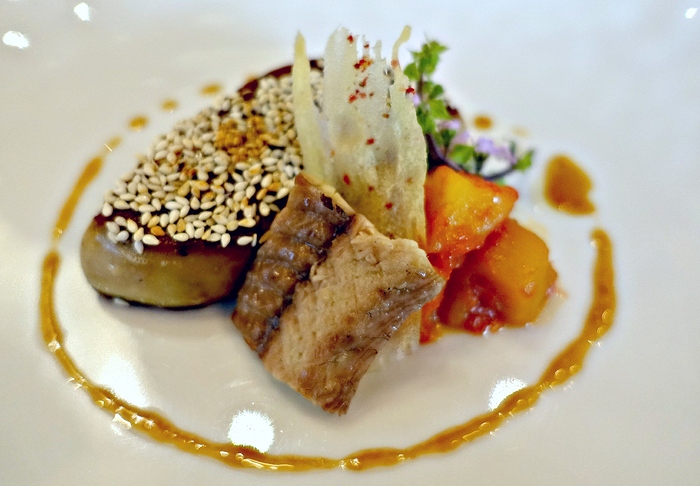 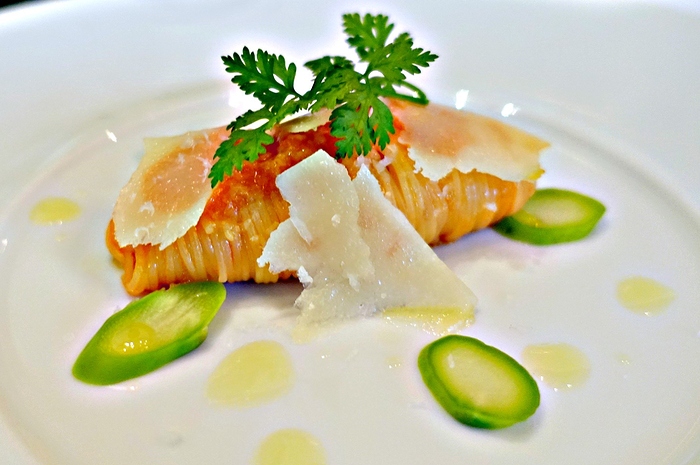 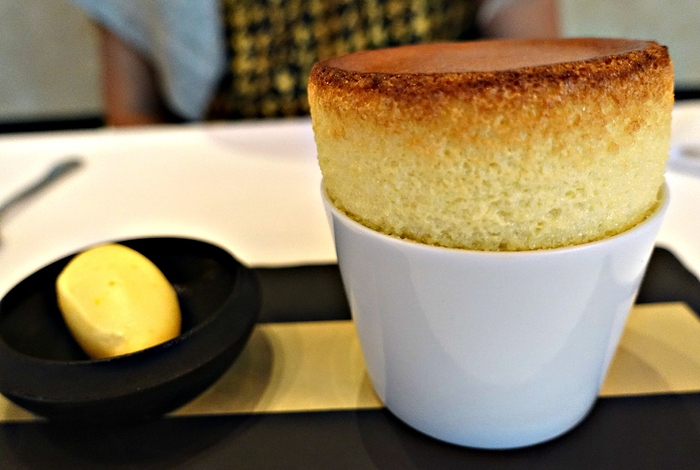 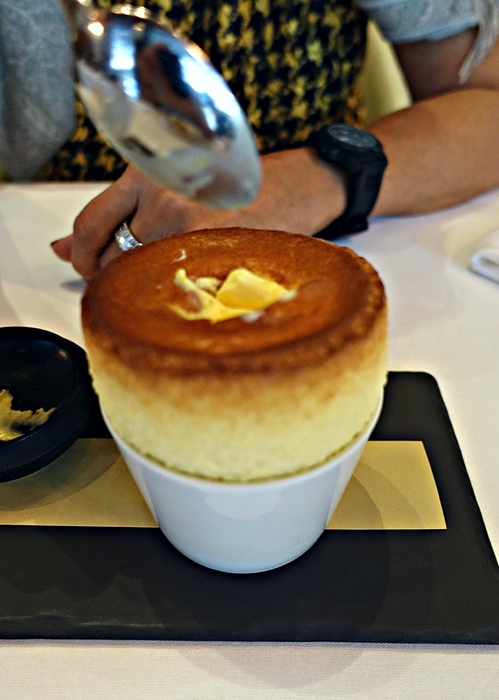 Ring of baked apples on a spiced biscuit base, with Ceylon cinnamon ice-cream. 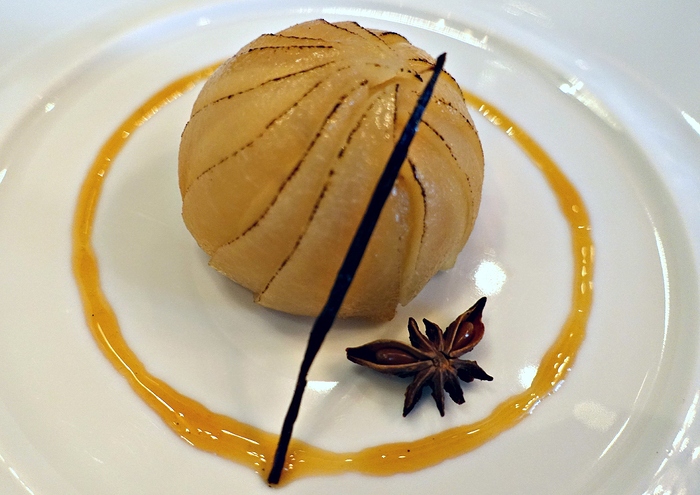 It was as substantial lunch, I left out a couple of other amuse geule from the pictures I shared here, mainly the soups and salad dishes.

Overall, superb cuisine from Les Amis as always - I actually enjoyed it more than my dinner at similarly 2-Michelin-starred Restaurant Andre the evening before. Stellar service, which has become more stellar, compared to the “homey” levels in the previous decades. After all these years, Les Amis will remain my favourite spot for a good French meal.