One-Michelin-star Imperial Treasure Fine Teochew Cuisine is currently one of the top-rated Chinese restaurants in Singapore. Ensconced on the 3rd floor of the swanky ION Orchard mall, it specialises in Teochew cuisine (Chinese: 潮州菜). The Teochews are one of the largest ethnic-Chinese group to migrate to South-East Asia, besides the Hokkiens/Fujianese. Originating from Guangdong province in China, the Teochews’ home region of Chaoshan (with major cities like Shantou/Swatow, Chaozhou and Jieyang) borders Fujian province, and the Teochew dialect is actually closer to the Fujianese/Minnan language than the predominant Cantonese in Guangdong province.

The Teochews are the predominant Chinese dialect group in Thailand, especially Bangkok, where they are called Taechius. In Hong Kong, the Teochews are known as the Chiuchows. Cuisine-wise, Teochew cooking tend to be lighter than the other Southern Chinese cooking styles.

66-year-old Alfred Leung is one of the most respected Chinese F&B industry stalwarts in Singapore. From his start at Happy Valley Chinese restaurant at the Singapore Shopping Centre in Dhoby Ghaut back in 1981, to his well-known stint (together with his younger brothers, Jimmy and Vincent) at Tsui Hang Village restaurant at the now-defunct Asia Hotel on Scotts Road in the late-1980s, till they opened the now-legendary Crystal Jade Restaurant at Cairnhill Hotel in 1991, Alfred Leung had always ensured that his restaurants served the best food around.

Alfred Leung brought in Ip Yiu Tung (married to the Leungs’ sister) to the Crystal Jade Group as an investor & majority shareholder, but the two had a fallout which resulted in the two parting ways subsequently. Imperial Treasure was conceived in 2004, and Alfred Leung has not looked back ever since - the group has more than two dozen restaurants now (the latest branch opened in St James, London, early this year), and over 830 staff members.

Our lunch at Imperial Treasure last weekend consisted of a mixture of Teochew and Cantonese items: 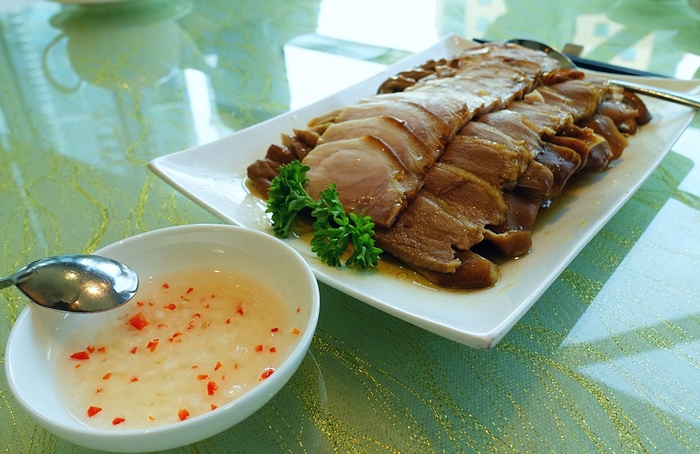 The lunch was hosted by one of my maternal uncles, who wanted to introduce some of his friends & relatives to Teochew cuisine. Chinese regional cuisines can vary quite a bit, so it was hardly a surprise to me that one of my uncle’s brothers-in-law, a Hokkien, who was there had never seen, let alone taste, most of the Teochew dishes we had on that day. 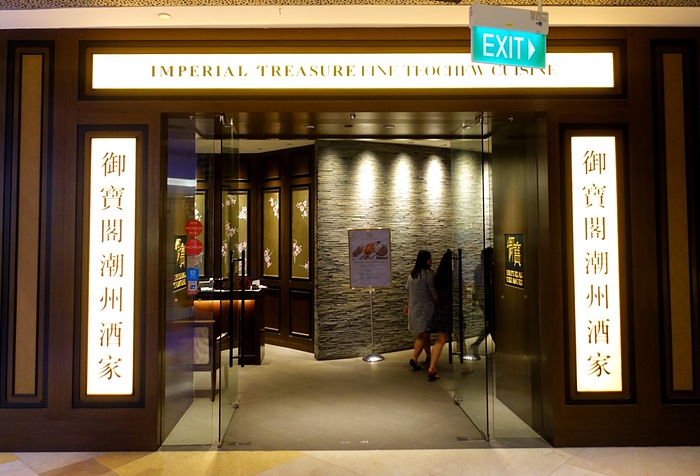