I hadn’t planned on a side trip to Singapore on my Asian adventure. However thanks to The Indonesian Embassy in KL providing the wrong kind of renewable visa a quick trip out of Indonesia was needed. Anyway it was a good excuse to catch up with a friend who had recently move there.

Dim sum for breakfast is a must for me in Singapore. Tak Po was the closest to the hotel in Chinatown but I’d been there before and it was okay but not worth repeating. Luckily it was a Sunday and Mouth was open at 10am rather than 11 as it is during the week.

We ordered a few dim sum. The crab dumplings were nice but the filling wasn’t full on sweet crab as I expected. The Sui mai Weren’t bad but I’ve definitely had better. The skins on the ha gow were perhaps a little thick but the prawns were great, spankingly fresh.

The absolute stand out though were the Liu Sha Bao. I’d not had them before so wasn’t sure exactly how they would be. The outside was crisp and then underneath it was slightly chewy, much like the texture of a good macaron. This encased a rich salt egg custard. Absolutely delicious. A word to the wise be careful trying to pick them up with chopsticks. You may as I did pierce them an cause custard to explode onto your clean shirt. 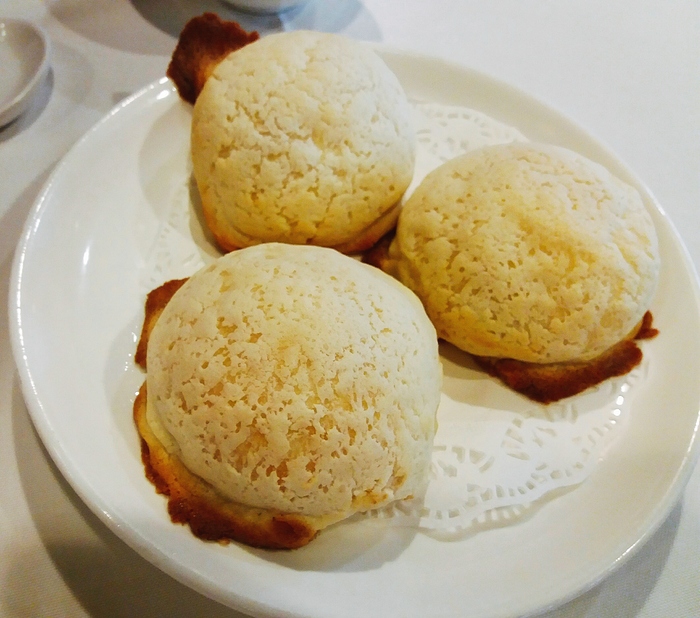 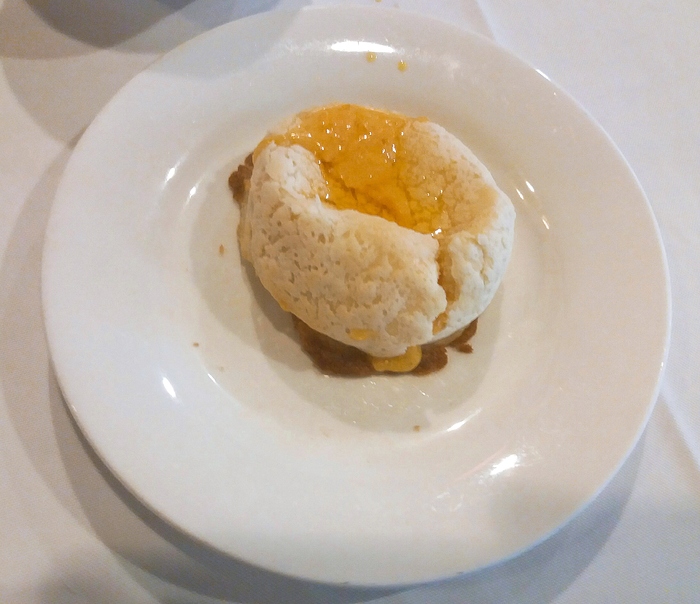 Anyway, it’s good to hear that you’re in my hometown. I do wish I was there now so I can show you my old go-to places for the best local foods.

This was the one time I was glad of the wet wipes that they charge you for in the restaurants in Singapore.

It would have been great to be shown around it was a very short visit. Have to stay longer next time.