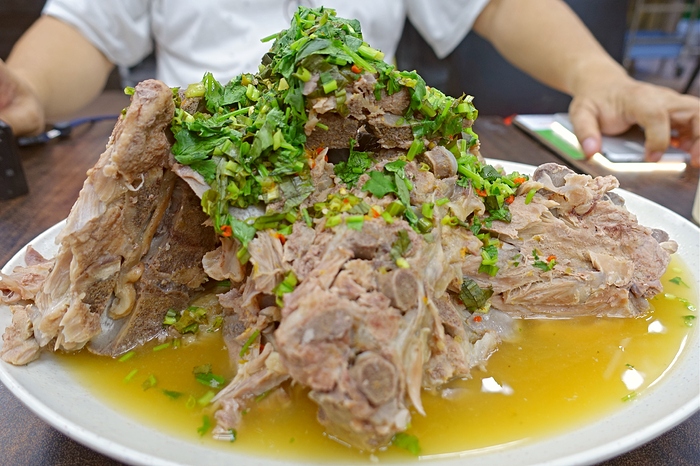 It’s a relatively “new” Thai dish - invented just over 3 years ago at Bangkok’s Rot Fai market but has become an overnight sensation, with diners (including Singaporean tourists) flocking there to gorge on its huge meat-on-bone platters. It didn’t take long for it to expand to Singapore, at the Golden Mile Tower/Golden Mile Complex which is better-known in Singapore as “Little Thailand”, with its plethora of Thai shops, supermarkets and Thai eateries. 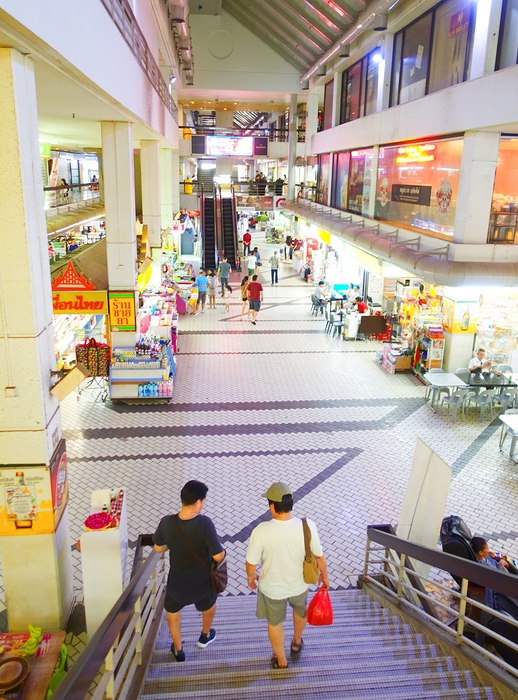 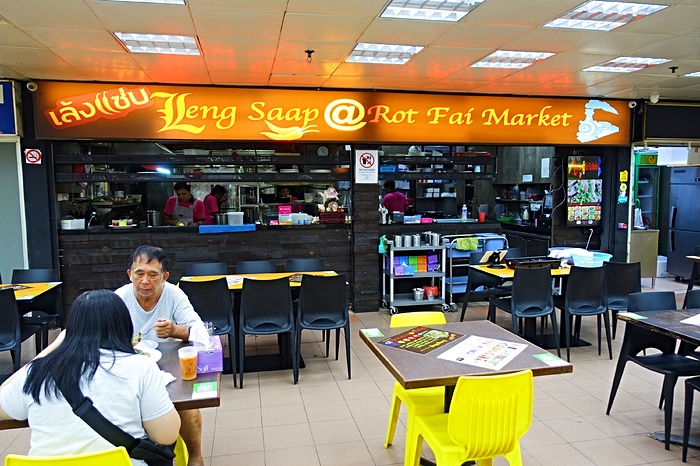 With a leng saap dish, you actually need not order any other dishes, since a portion - we only ordered an “XL” one - is enough to fill 2 or 3 diners, leaving little room for anything else. However, we did order two other side-dishes: a twice-cooked squid dish which we’d read quite a bit about (it’s delish) and a stir-fried water spinach dish done the usual Thai way: stir-fried with garlic, fermented soybeans and cut, red chilis. 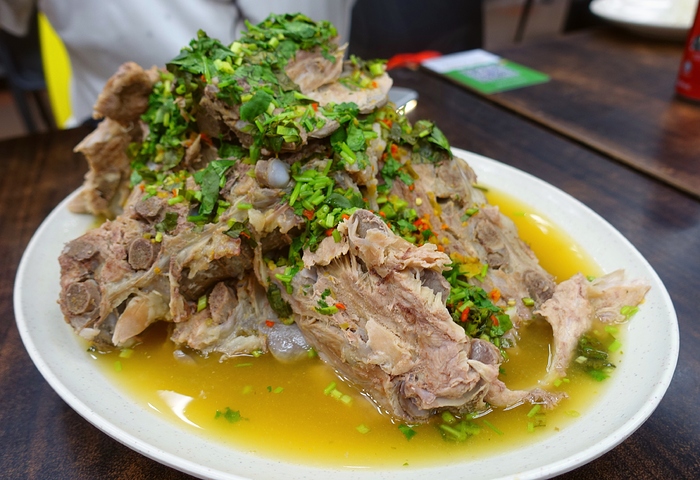 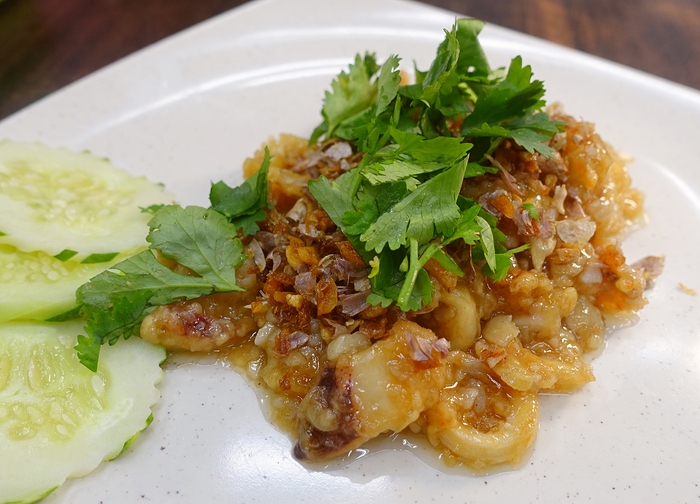 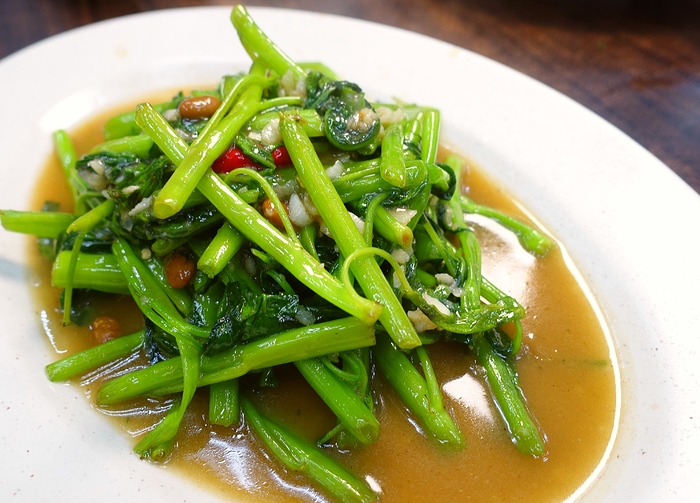 The leng saap, when it came, was a gigantic platter of meat, set in the middle of the table. We nibbled our way inwards like a trio of ferrets, picking the meat off the bones. Took us a good half hour: 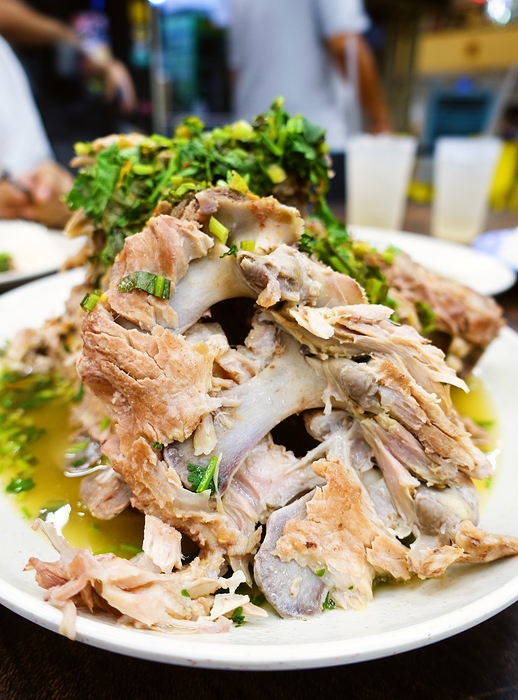 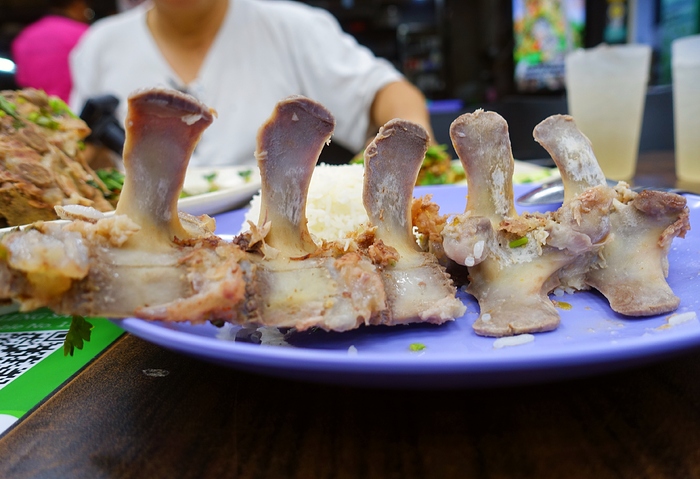 The lime-flavoured broth, spiked with the spiciness from chopped green chilis, undercuts the meaty richness of the dish. And taken together with the aromatic coriander leaves, the dish actually felt “light and fresh”.

The table next to ours, who came a while later, order the XXL one, where the pork-bones were piled into a wigwam-shaped mound of meaty deliciousness. Wished we had ordered that one! 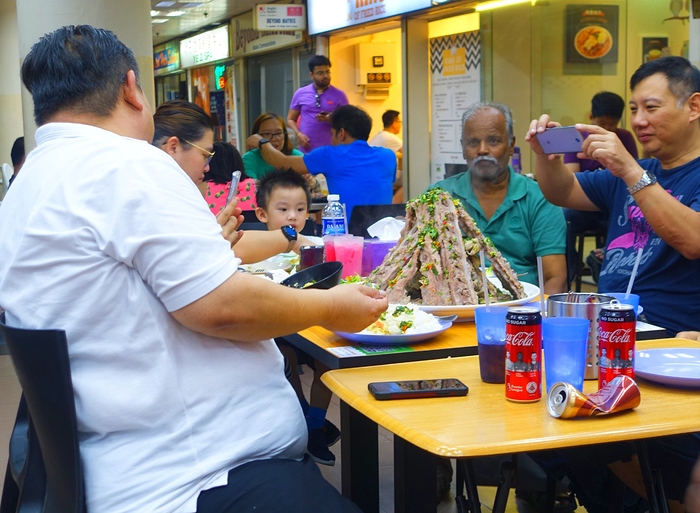 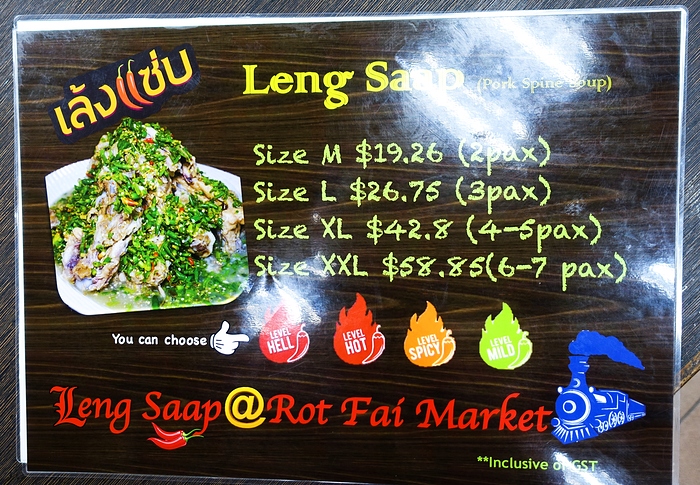