The founder of Hokkien cuisine stalwart in Singapore, Beng Thin Hoon Kee restaurant, was a Fujianese emigre, Lim Yew Hoon, who’d came to Singapore to escape the ravages of WW II China, and the simmering Chinese civil war between the Kuomintang/Nationalist forces under Chiang Kai Shek versus Mao Tse-tung’s Communists.

Upon arrival in Singapore in 1940, 17-year-old Lim Yew Hoon settled on Hokkien Street in Chinatown, where he took on various odd jobs to earn a living. 9 years later, after saving up enough money, he and 3 other friends started a small eating house which they called Beng Thin, serving Hokkien/Fujianese fare from their hometown, Quanzhou, in Fujian, China.

The eatery struggled in its first few years of operation - Singapore was just emerging from WW II and the business environment was very challenging. The other partners decided to bail out, selling their shares to Lim Yew Hoon. Becoming the sole proprietor of the restaurant, he added his own last name to it, calling it Beng Thin Hoon Kee (“kee” meant brand).

His dogged perseverance began to bear fruit - by the 1950s, Singaporeans began to dine out and his restaurant was one of the more recognizable names by then. Beng Thin Hoon Kee managed to garner a loyal following which continued to grow over the next seven decades.

One of the restaurant’s regular customers was Tan Chin Tuan, the chairman of OCBC Bank (one of Singapore’s Big Four Banks in the 1970s). When the bank’s new headquarters, the 52-storey OCBC Centre, was completed in 1976, it was Singapore’s tallest building. The bank’s chairman managed to convince Lim Yew Hoon to move his restaurant from its original Chinese shophouse location into the bank building’s carpark podium block. That was in 1979, and this was where Beng Thin Hoon Kee has remained to this day! The Lim family, albeit the second-generation ones, now manage the restaurant. Lim Yew Hoon’s daughter, Lim Lay Bee, being the most familiar face to us regulars.

Last Saturday, I met up with four old friends for lunch - all were former members of the Singapore diaspora in London, and we actually got to know each other whilst we were in the UK! But now, as we’re all back home, we decided on this old place out of a sense of nostalgia.

Our lunch orders consisted of mostly the regular items: 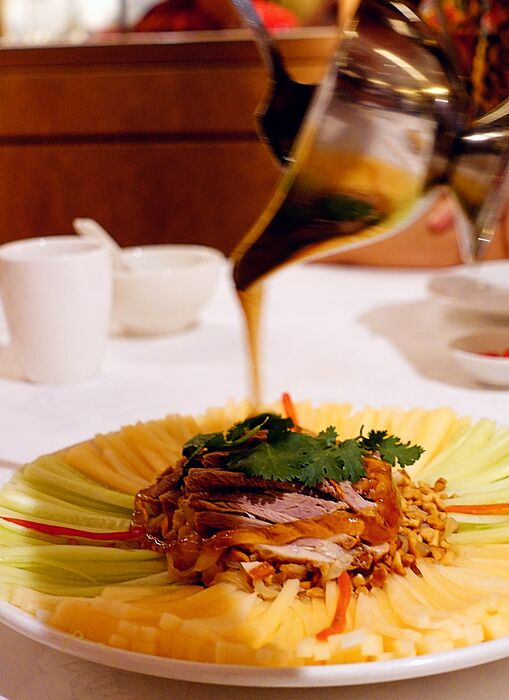 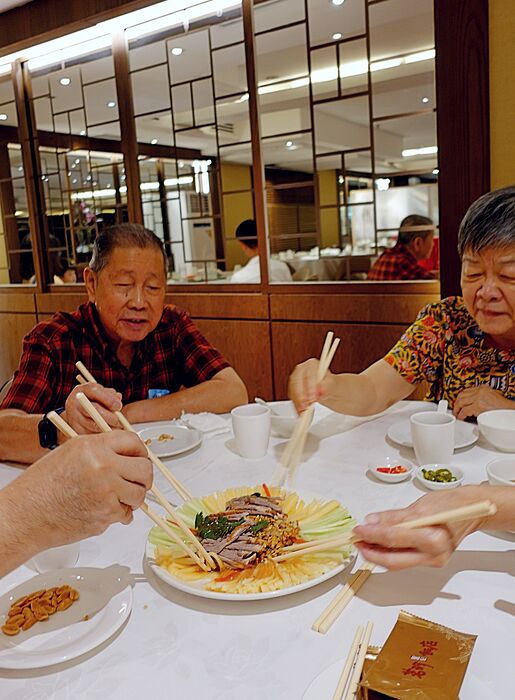 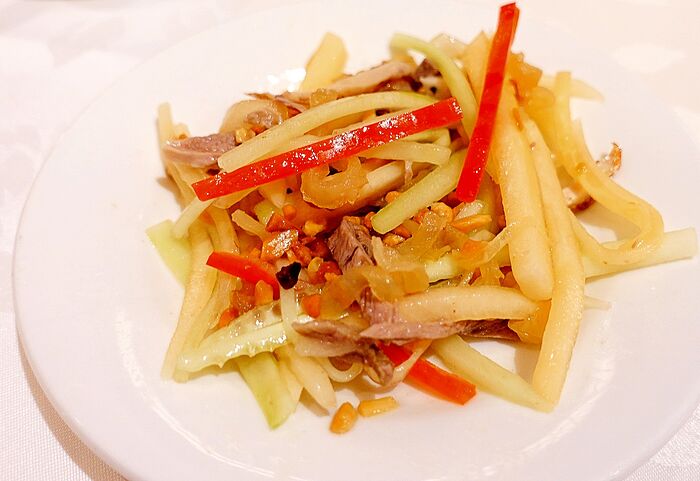 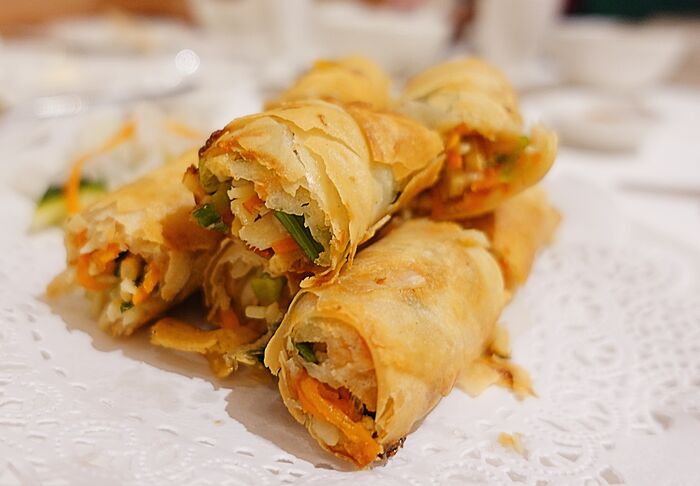 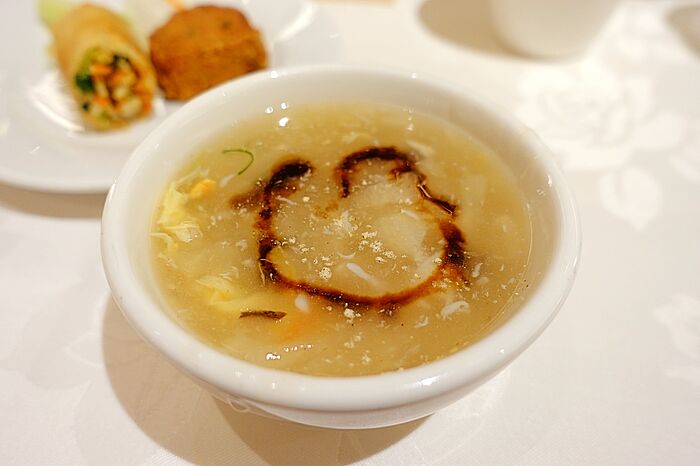 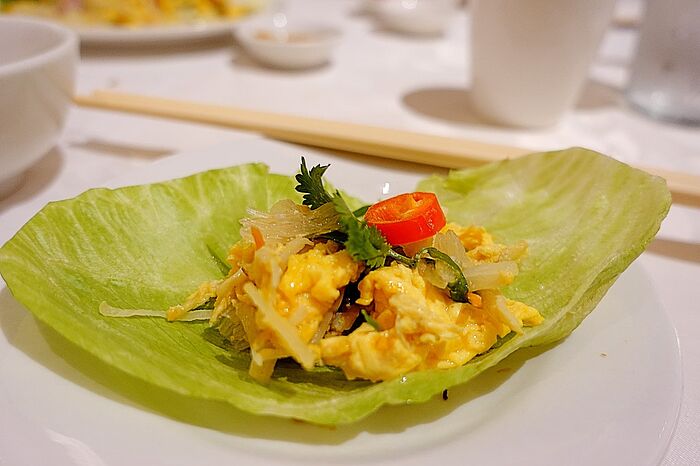 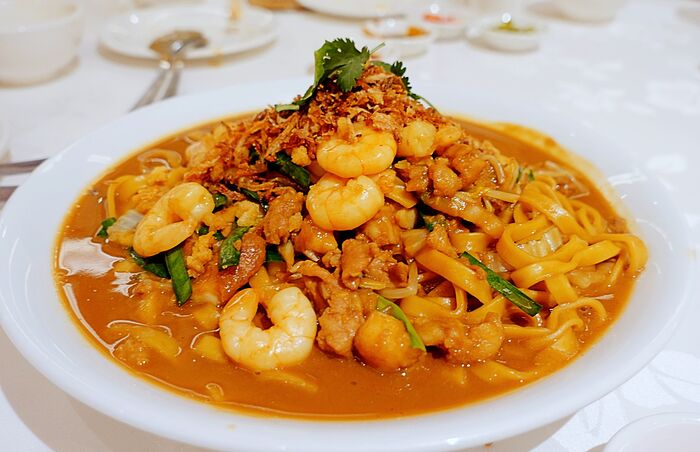 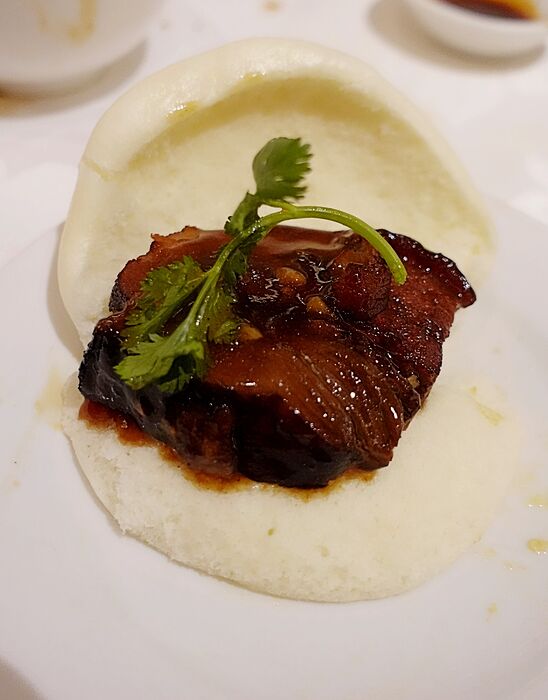 Dessert:
7) Orh nee - this dessert is actually of Teochew origins, but its popularity enabled it to become a fixture in Singapore’s Hokkien eateries. Essentially pureed taro (Asian yam), sweetened with sugar syrup, and with pork lard added to obtain a smooth, glistening appearance. Candied gingko nuts and pumpkin are added. The version here has always been good. 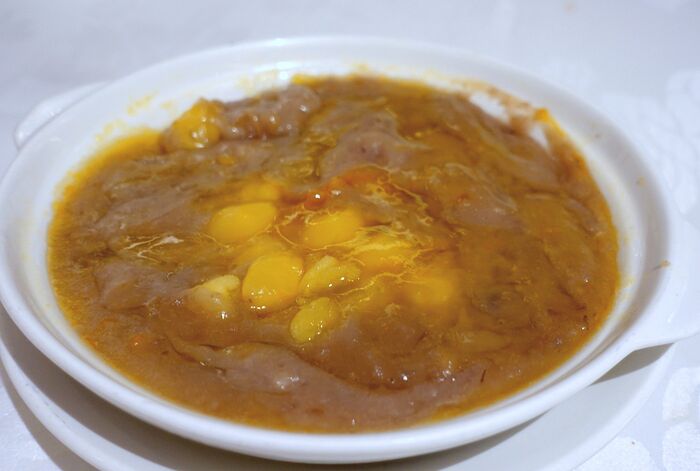 All the food tasted exactly the same as I’d remembered them for the past four decades that I was a customer. The only “disconcerting” change was the disappearance of all the elderly waitresses who used to banter with us and remembered our dining preferences. They’d been replaced by robot servers. 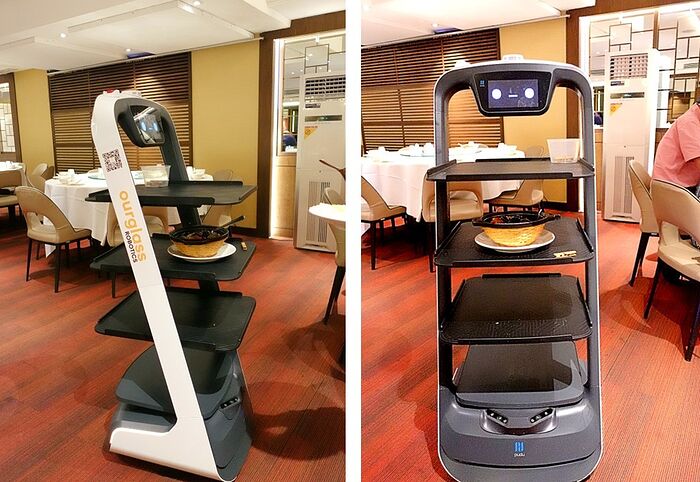 Guess one can’t have everything.

Good looking food and a great back story. Thanks for sharing both with us. May 2023 bring your happiness and lots of good eating.

Robot servers, though? Have to confess that this is the first time I’ve heard of them. Hmmmm. I can’t recall you mentioning them before so I guess they are not that common even in your part of the world.

Happy New Year, John. Wishing you and your SO a great 2023, and to more good eats!

Robot servers, though? Have to confess that this is the first time I’ve heard of them. Hmmmm. I can’t recall you mentioning them before so I guess they are not that common even in your part of the world.

Sadly, we are getting to see more and more of these, even in Penang, where my local South Indian spot has deployed 4 of those last year:

Robots will greet and serve you at Sri Ananda Bahwan restaurant Macalister...