The Banana Leaf Apolo South Indian restaurant was founded in 1974 by former fruitseller-turned-restaurateur, Chellappan S Suppiah. It was named after Apollo 11, which made the moon landing in 1969. Chellapan wanted his new restaurant to be as ground-breaking as the Apollo mission, but changed the spelling of his restaurant to Apolo because of his belief in numerology.

Originally located on Cuff Road, it moved to its current location on Race Course Road in 1986. The restaurant, now into its 46th year of operation is now managed by Chellappan’s son, Cellappan Sankaranathan, 48. And customers still flock back for its signature offering - the huge South Indian curried snapper fish-heads. 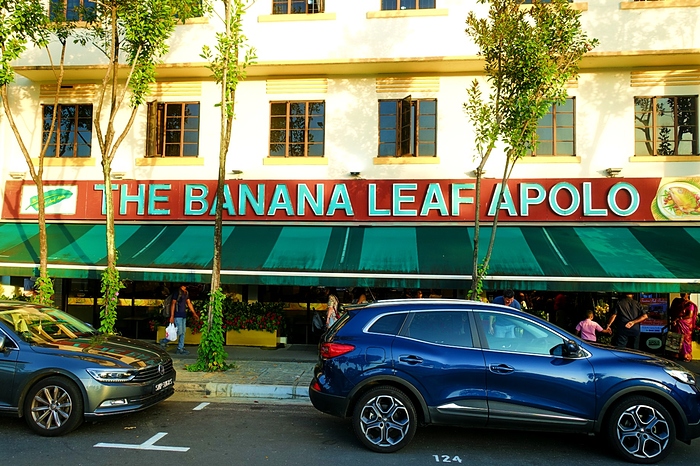 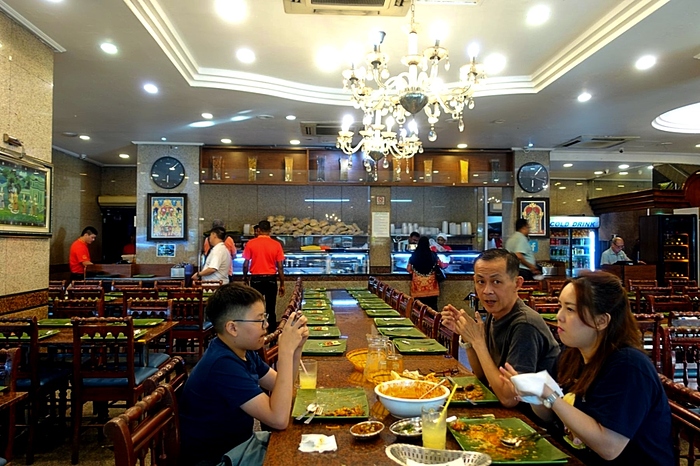 A small fish-head (S$24/US$17) is enough for two persons, but I normally order a medium-sized head (S$28/US$20) as I found the smaller fish-heads to have a drier, more “powdery” texture. 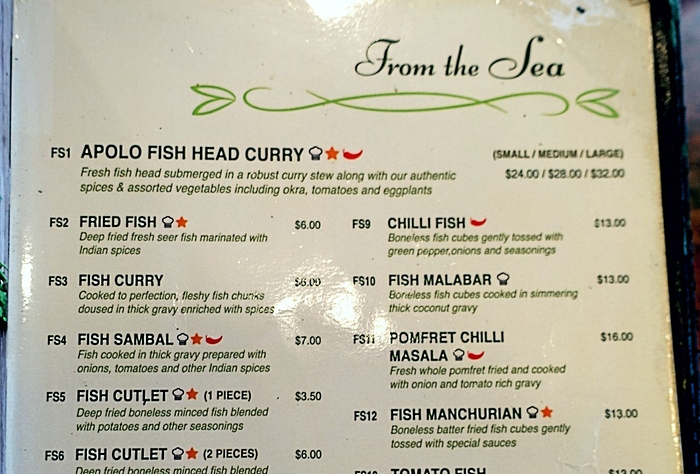 The fish-heads will be cooked using a secret blend of spices known only to the father-and-son owners, Chellappan and Cellappan, to prevent former chefs or kitchen staff to steal their family secret. Kind of like Willy Wonka choosing to trust only Oompa Loompas, and not humans, in his chocolate factory. Into the curry pot will go the spice mix, to be sautéed, then tamarind water will be added, plus tomatoes, okra and pineapple chunks, to give the curry a fruity, sourish-savoury flavour. 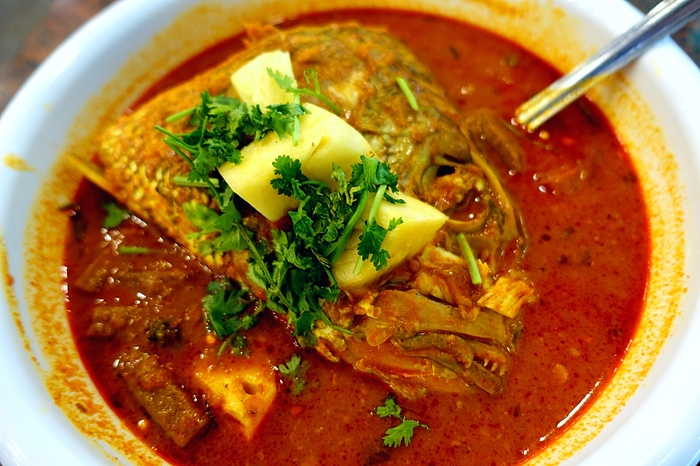 Like most Chinese or Japanese diners, I loved picking the gelatinous and earthy-tasting bits in the fish-head, especially around its eyes and lips. 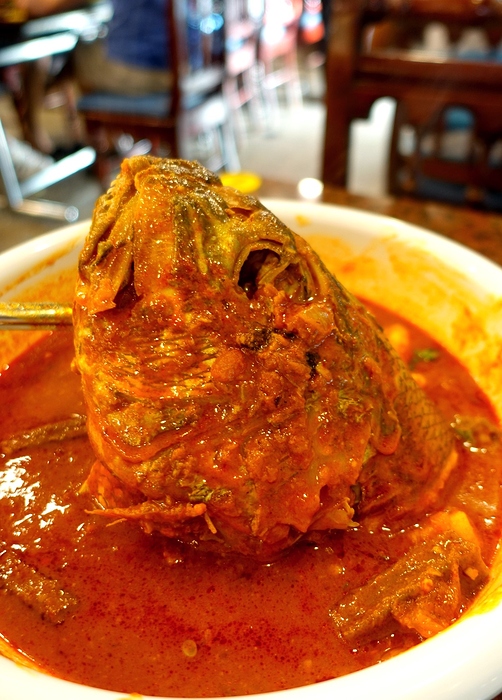 Fish-heads will be served with steamed white rice, served on banana leaf, together two types of spiced vegetable dishes: shredded cauliflower and lentils, and a spicier long beans and carrot mix. Crisp papadums complete the meal. 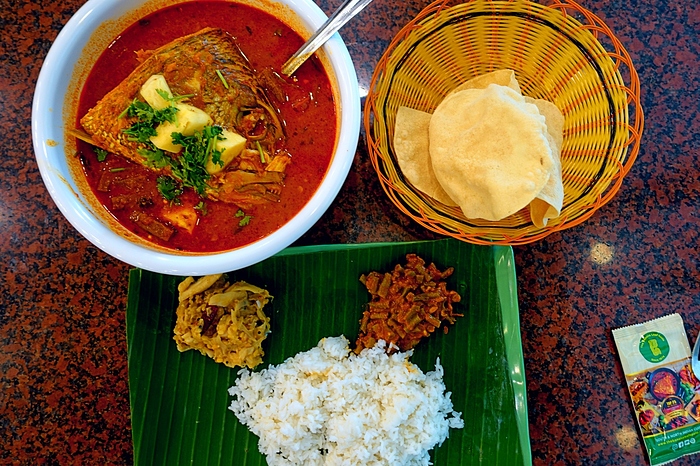 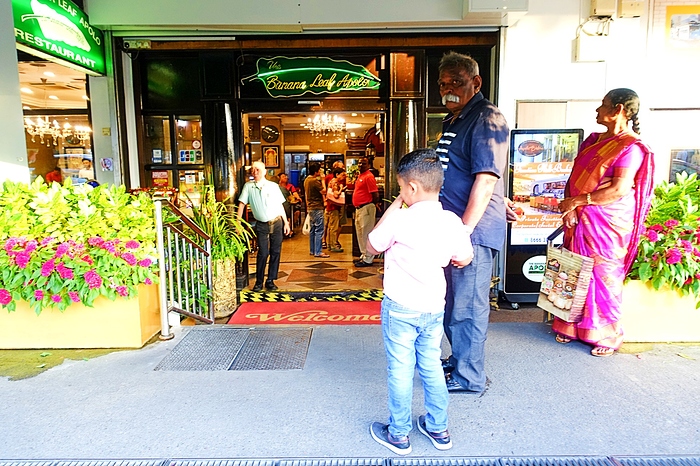 This was my second ever dinner in Singapore the first time I visited. Like you I also went for the medium head. I loved the dish, I especially loved the tang from the tamarind with the fish. Probably go again when I’m back in April. Also one of my favourite Sri Lankan places in London is called Apollo Banana Leaf. I’m assuming they took inspiration for the name from this place.

Also one of my favourite Sri Lankan places in London is called Apollo Banana Leaf. I’m assuming they took inspiration for the name from this place.

Oh yes, I’d always wanted to visit the London one and asked if the owners are related to the Singapore original.

Many Singaporean-Tamils, just like Malaysian-Tamils, are descended from Jaffna-Tamils of Ceylon (modern-day Sri Lanka) - they were brought into Malaya & Singapore by the British colonial government during the 19th- and early-20th-century to run the civil service, the railroads and the public utility companies in British Malaya.

Whilst the majority of Tamils who came over from Tamil Nadu/India into British Malaya were indentured coolies and plantation workers, there were also bankers & merchants (the Chettiars of Tamil Nadu), Tamil-Muslim traders, etc. But from Ceylon came the Jaffna-Tamil engineers, accountants, educationists, etc. - they formed the professional class. British Malaya was such a rich, polyglot of cultures even back then.