Dragon Phoenix is one of Singapore oldest-surviving Chinese restaurants. Founded by Hooi Kwok Wai, one of Singapore culinary world’s “4 Heavenly Kings” (the others were the late Tham Yew Kai, the late Lau Yoke Pui, and Sin Leong) who monopolised Singapore’s restaurant scene from the 1960s till the 1980s. The restaurant first started in 1963 in Maxwell Road (where Fairfield Methodist Church is now located) and was famed for its “yu sheng” (during Chinese New Year), yam ring basket, “Kyoto” pork-ribs and Singapore chili crab.

Like his fellow “Heavenly Kings” who, between the 4 of them, are responsible for shaping much of Singapore’s Chinese restaurant culture and even the types of dishes which have become de rigeur when dining out in Singapore, Chef Hooi Kwok Wai started off in the now-defunct Cathay Restaurant back in the 1950s when it was the most prestigious Chinese restaurant in Singapore.

When their master, HK-born Chef Luo Chen passed away in 1962, the four apprentices went their separate ways: Tham Yew Kai and Lau Yoke Pui opened Lai Wah Restaurant (first located in Tiong Bahru, before moving to Bendemeer), whilst Sin Leong first started a cooking school in Geylang in 1965 before opening Sin Leong Restaurant in 1971. Sin Leong Restaurant has been taken over by his godson, Roland Lim, and is now known as Roland Restaurant.

Roland Restaurant is renowned in Singapore as being run by the descendants of the originators of the Singapore chili crab back in 1956: Roland Lim’s mother, Madam Cher Yam Tian, first started selling steamed Teochew-style crabs, with the addition of chili-and-tomato sauce, from a pushcart along East Coast Road. It should be noted that her version was pretty different from the present incarnation, which included egg ribbons and sambal. Singapore chili crab, as it’s known today, was the result of a modificatino to Madam Cher’s original version by Chef Hooi Kwok Wai at Dragon Phoenix.

The inventive Mdm Cher was also the first to offer deep-fried baby squid, and “yu char kway” stuffed with sotong paste - two fixtures in the menu of any self-respecting seafood restaurant in Singapore today.

Dragon Phoenix Restaurant operated in Outram Park for decades, before moving to Valley Point and finally, its current location at Liang Court in 2005. It’s quieter these days, compared to its hey-days back in the 70s/80s when it was a venue of choice for many wedding dinner. 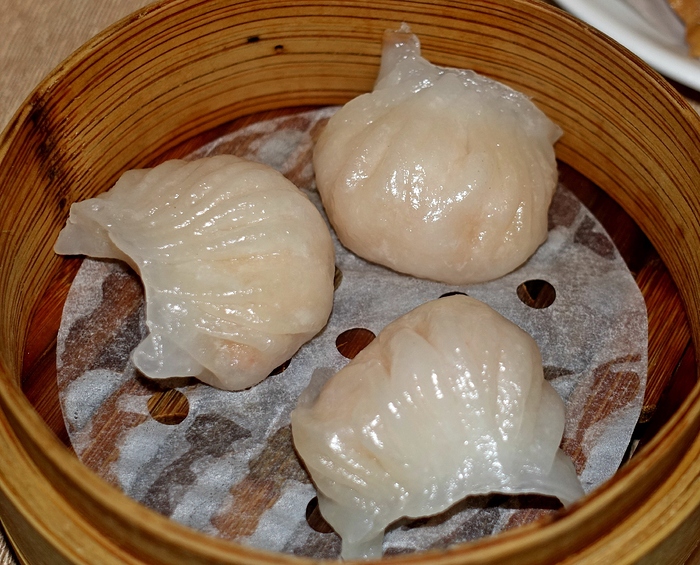 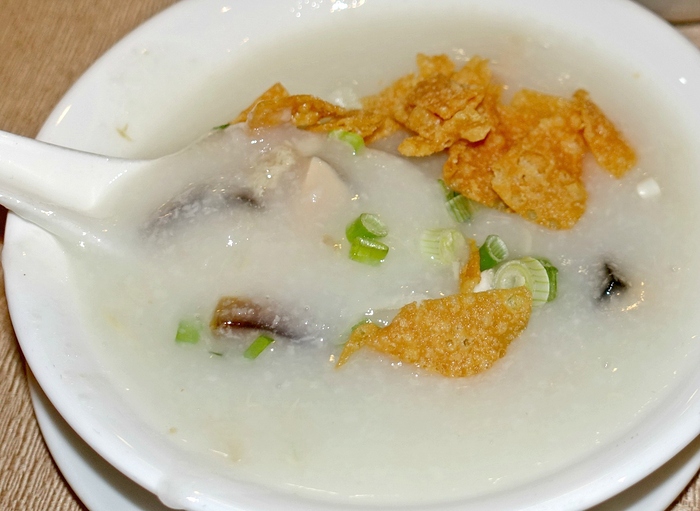 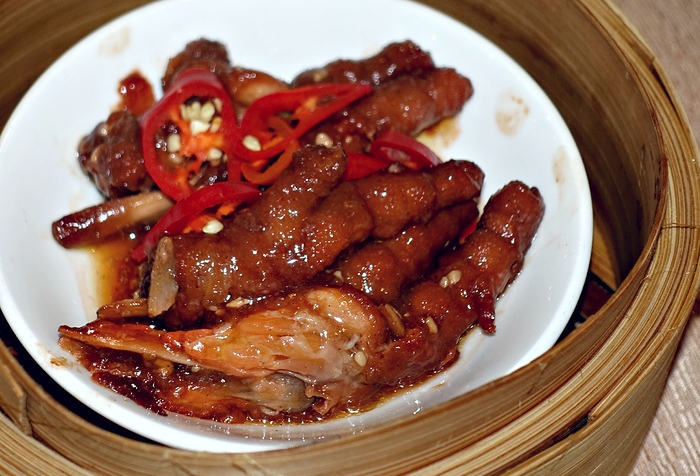 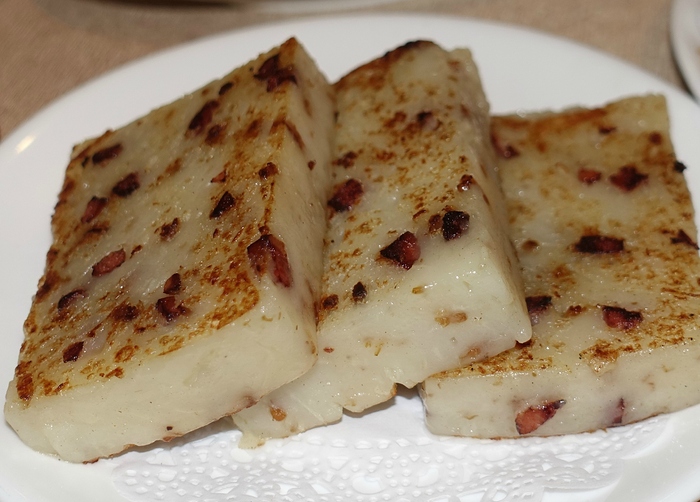 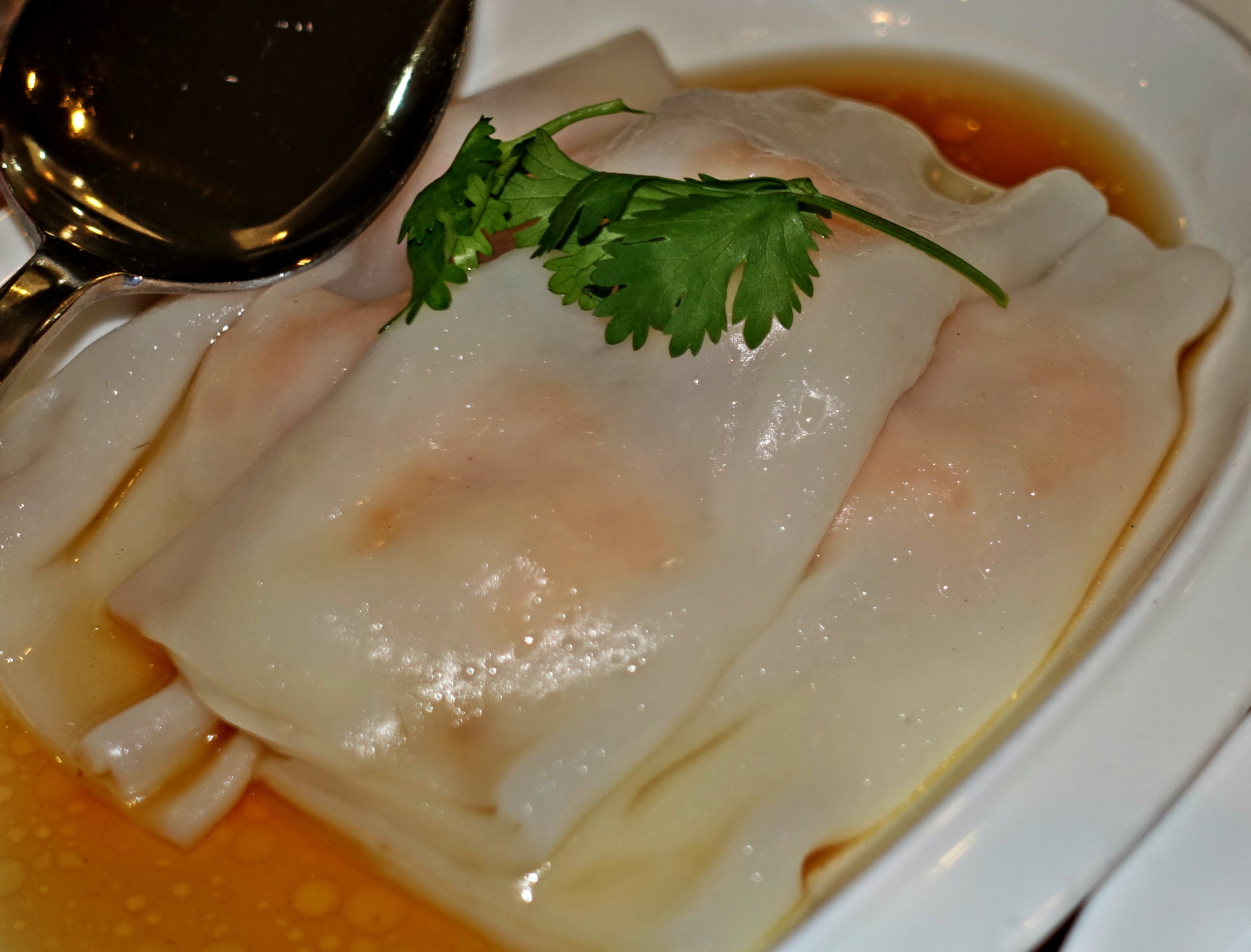 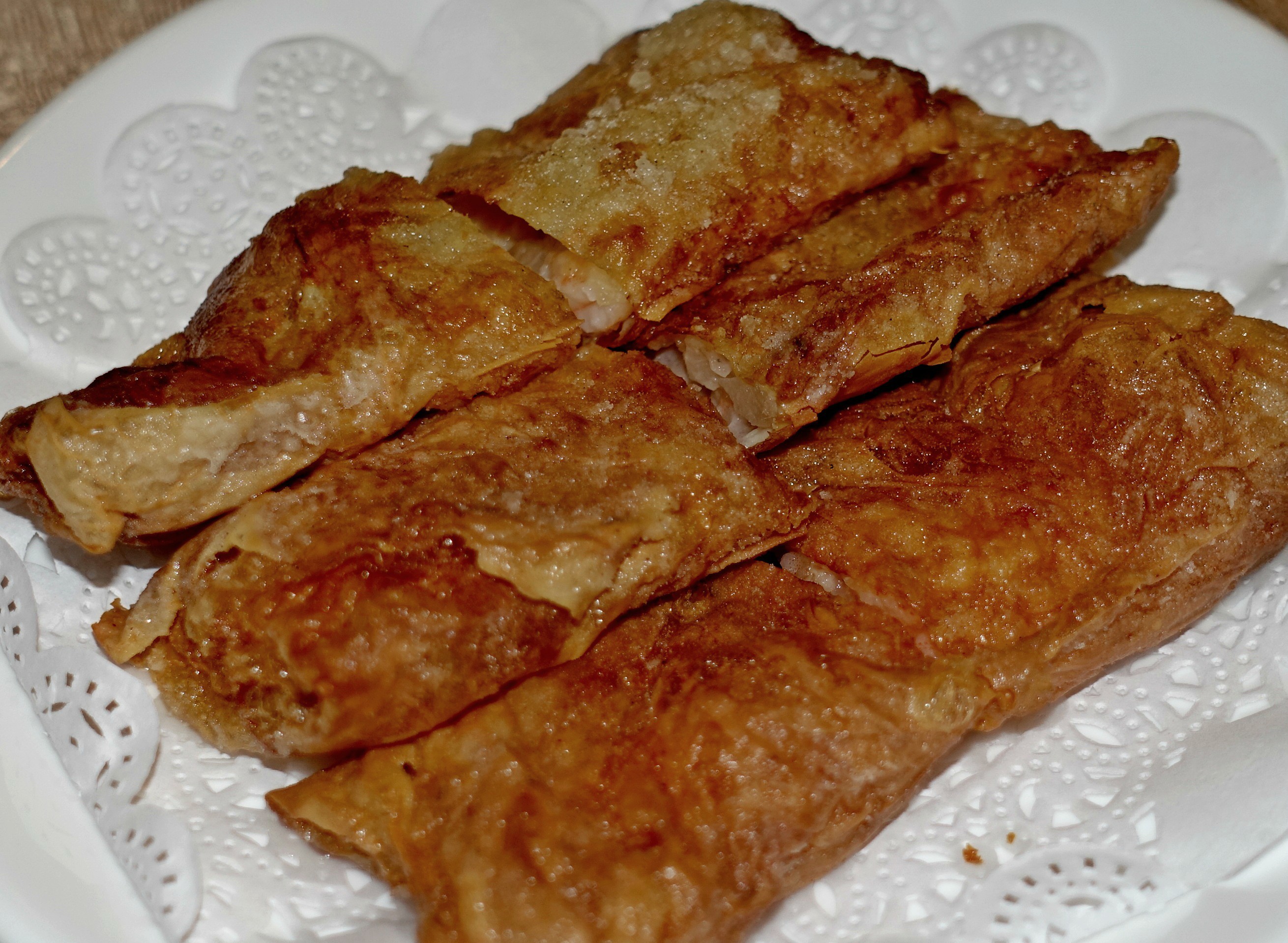 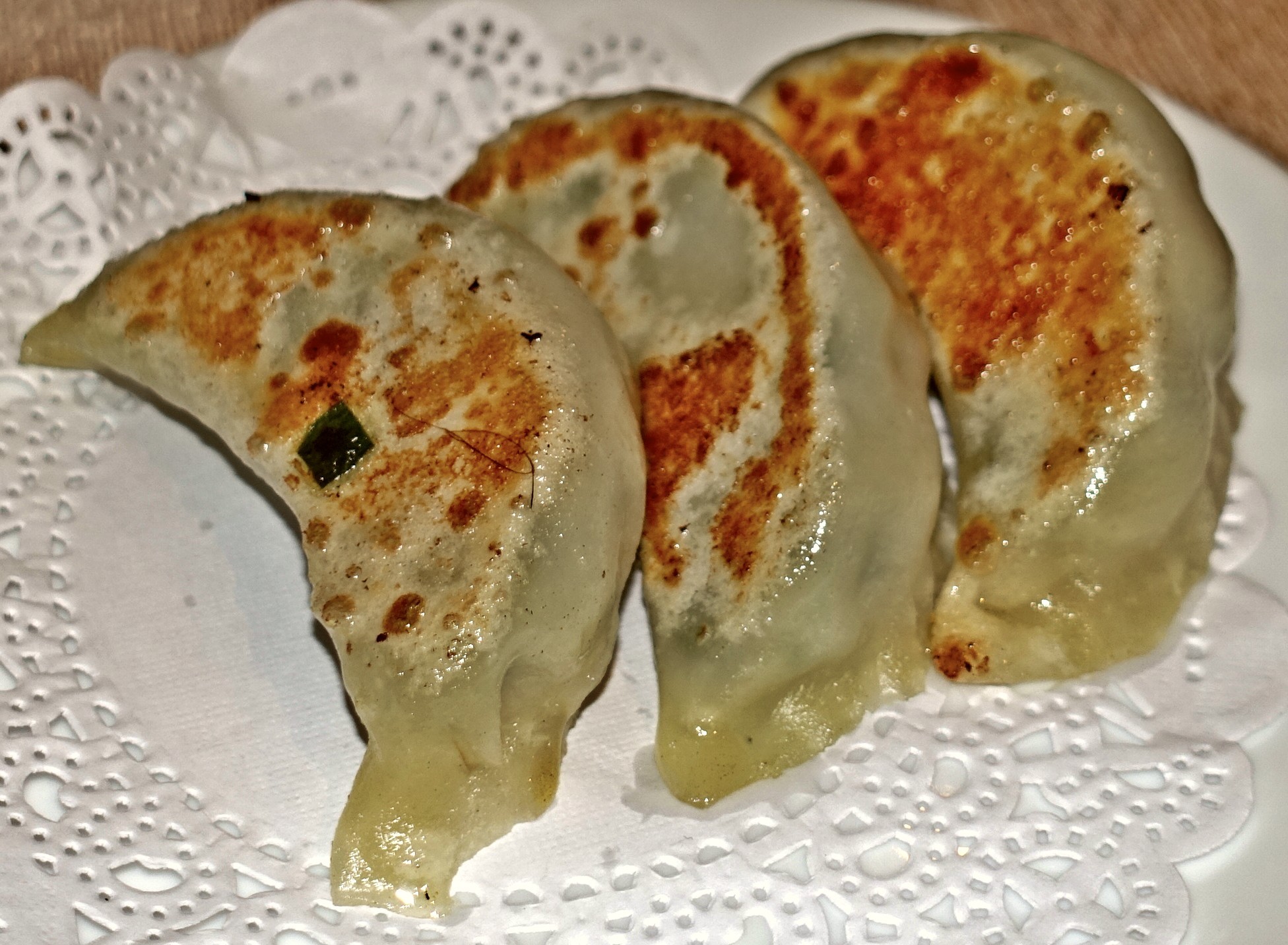 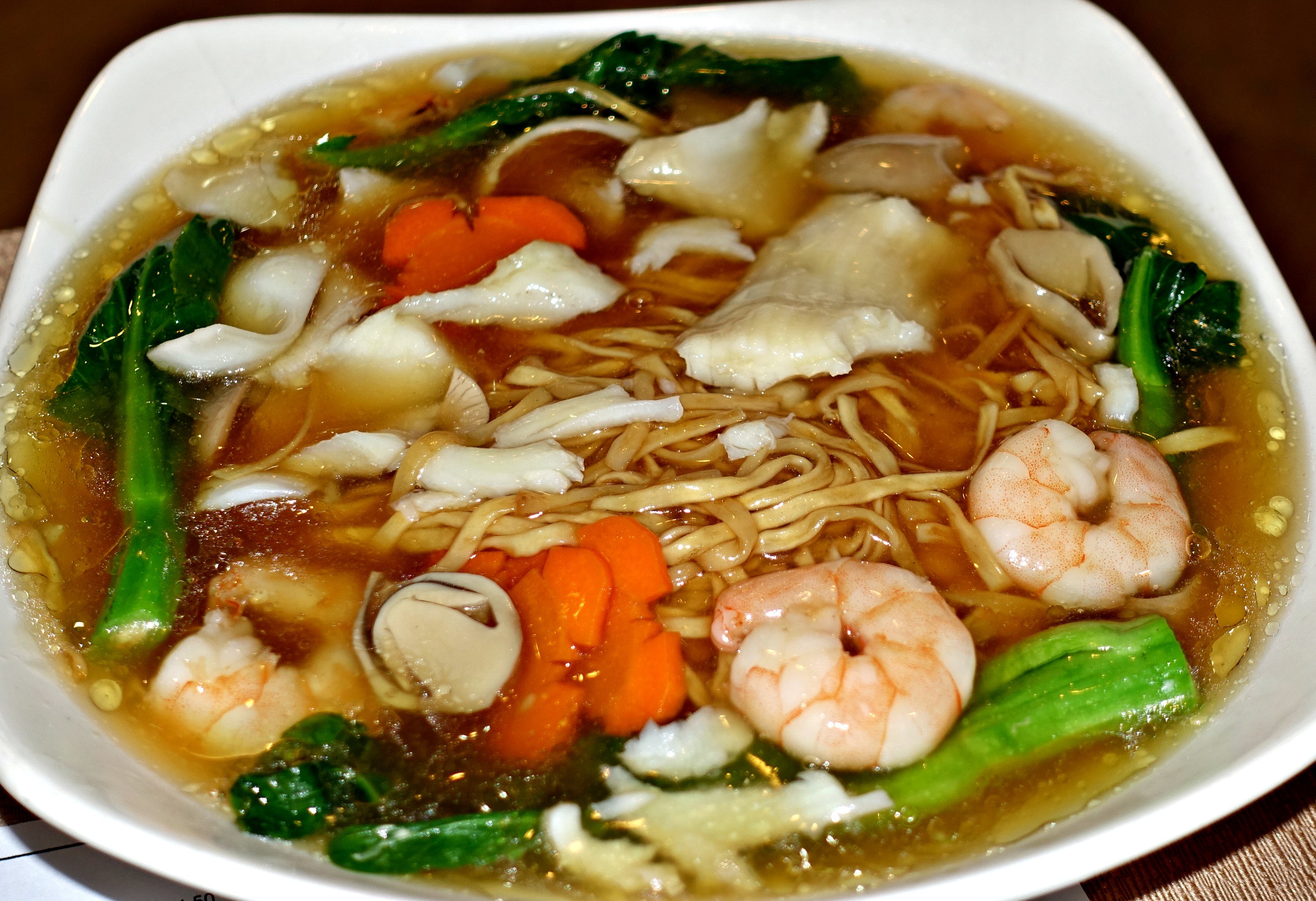 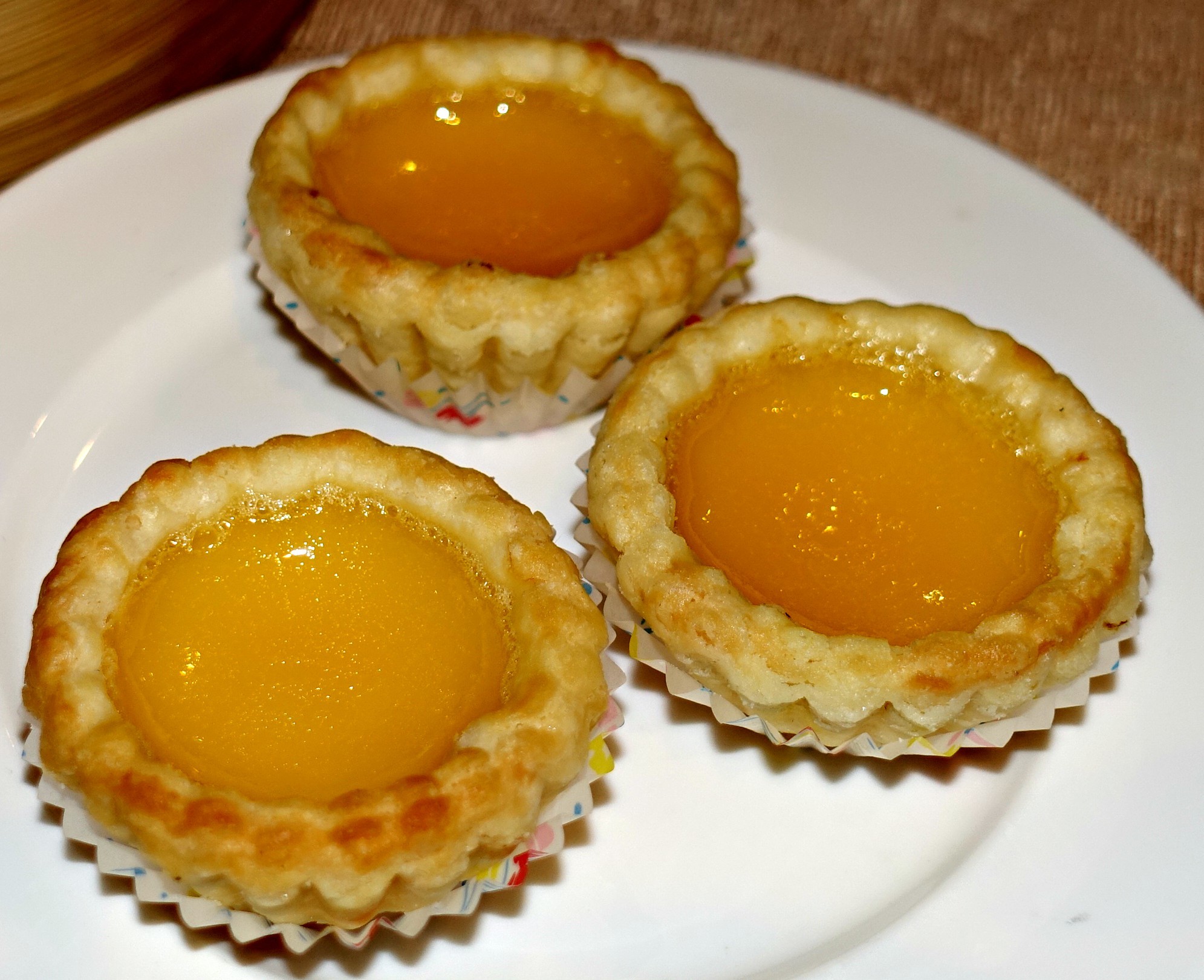 Honestly, I felt that Dragon Phoenix, whilst it is one of Singapore’s old dining institutions - think Tadich Grill in San Francisco or Rules in London - is way past its sell-by date. There is an almost forlorn feel in its deserted lunch-time main dining room, whence current Chinese dining hotspots like Imperial Treasure Super Peking Duck (Paragon) or Crystal Jade Palace (Ngee Ann City) will be filled with burgeoning crowds and many more eager customers milling outside waiting for a table. 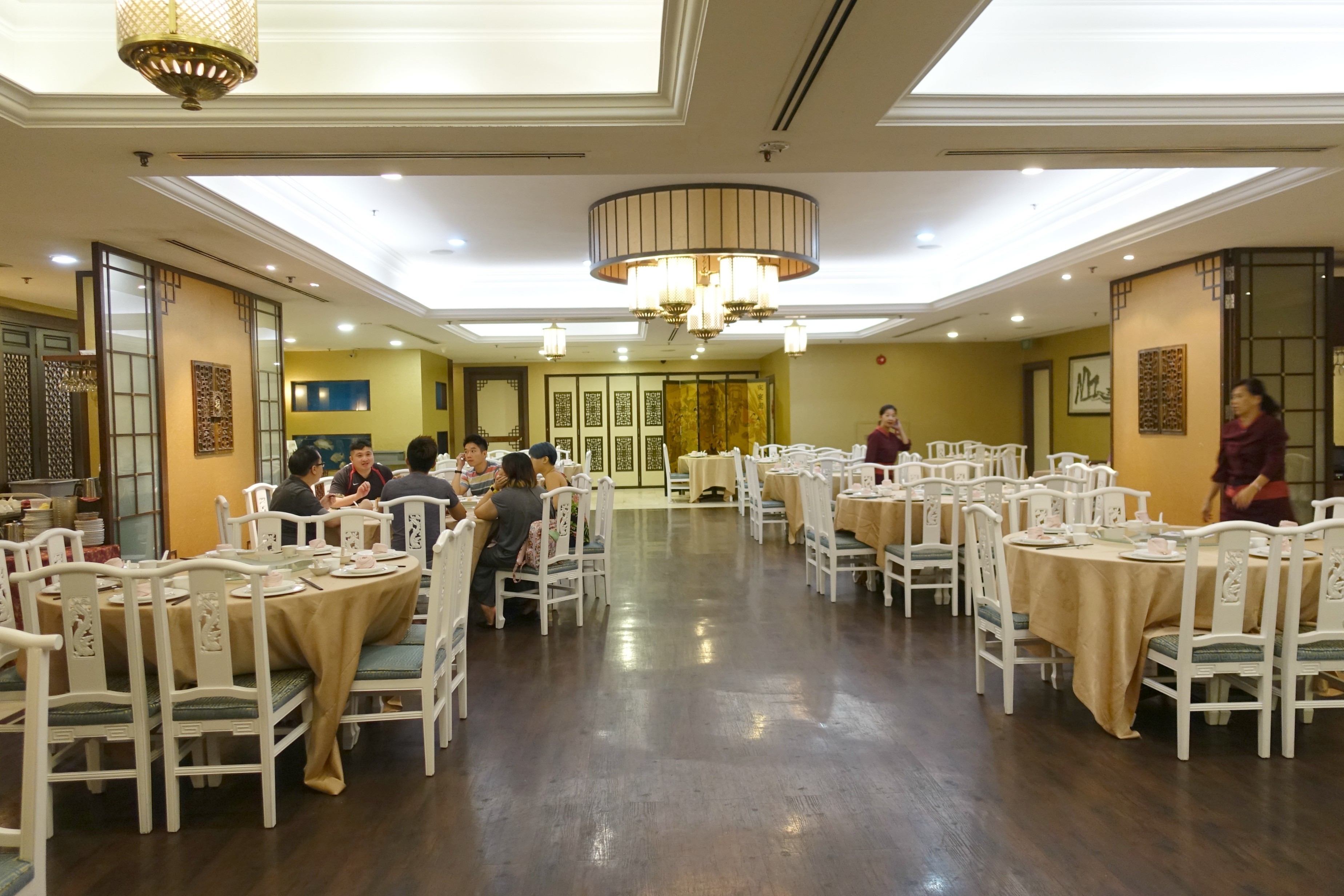 Come here for a taste of history. Perhaps order a Singapore chili crab - I may do that on my next visit, if only to pay tribute to its role in inventing what has become Singapore signature seafood dish.

I love it when a place has history.

Same here, it gives some semblance of value to an otherwise faceless entity.

Classic dim sum, my favourite is the vegetable rolls.

Although don’t know much about yam ring basket or yu sheng.

How can they sustain the business, if they don’t have much client at lunch? Or is it more a dinner place?

naf - yes, I’m surmising that their dinner business may be just enough to keep them afloat. That, plus perhaps some generous support from Novotel Hotel Clarke Quay who sub-let the space to them, perhaps with a generous discount, so the hotel can boast of having a pedigreed Chinese restaurant in its premises.

Yusheng is a Chinese New Year dish - a very addictive salad which incorporates slivers of raw fish and finely-julienned vegetables like jicama, cucumber, carrot, pickled daikon, etc. plus crunchy crisps, toasted peanuts & sesame seeds. Sour plum sauce & peanut oil (some places add the faintest hint of sesame oil) is an extremely popular dish in Singapore and Malaysia. It is of Teochew/Chaozhou/Chiuchow origins, and exist in slight variationd throughout South-East Asian since the 1940s/50s. But Singapore “Four Heavenly Kings” were the ones who got together to standardize the dish as it is known in Singappore & Malaysia today.

Yusheng, yee sang or yuu sahng (Chinese: 魚生; pinyin: yúshēng; Pe̍h-ōe-jī: hî-seⁿ or hû-siⁿ), or Prosperity Toss, also known as lo hei (Cantonese for 撈起 or 捞起) is a Cantonese-style raw fish salad. It usually consists of strips of raw fish (sometimes salmon), mixed with shredded vegetables and a variety of sauces and condiments, among other ingredients. There is also a vegetarian version of this dish, where the fish is replaced with soy "fish", which resembles salmon. Yusheng literally means "raw ...