Cha Cha Cha is one of those very few restaurants in Singapore which has stood the test of time somewhat. My first time here was back in 1991, when the restaurant was featured in Jacintha Abisheganaden’s “Mom’s Not Cooking”, Singapore’s first food guide programme on TV. Located on Lorong Mambong in Holland Village, the street was just starting to attract the attention of locals back then, mainly to Java Jive, a popular but now defunct night-spot. Today, 27 years later, much has changed in Holland Village, with dozens of new eateries and drinking spots. And Cha Cha Cha, still packing in the crowds, is perhaps the oldest surviving establishment there. 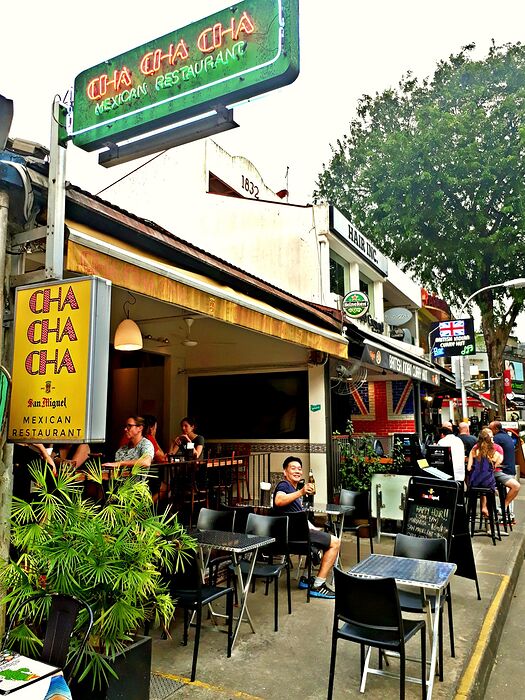 One dish I simply had to order was the Culaican, a dish featured by Jacintha Abisheganaden herself all those years ago - basically bacon-wrapped king prawns with melted cheese. Hardly Mexican, but that’s how it was in Singapore back then - localised rendition of “Mexican” food as Singaporeans knew it. The other “Mexican” in town, Chico’s & Charlie’s, also offered about the same types of pseudo-Mexican dishes. 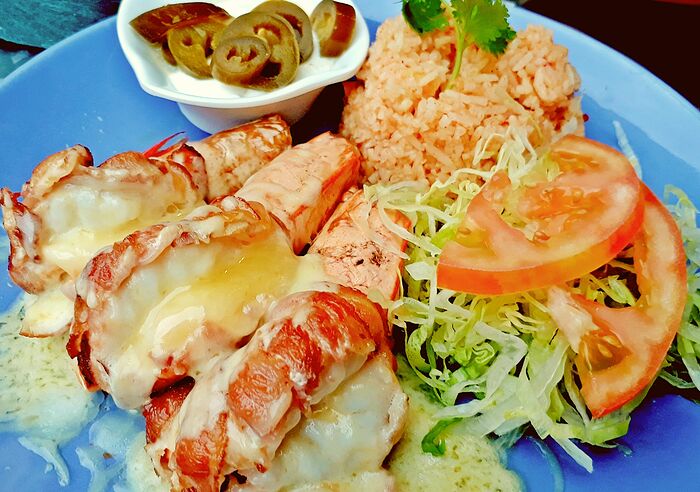 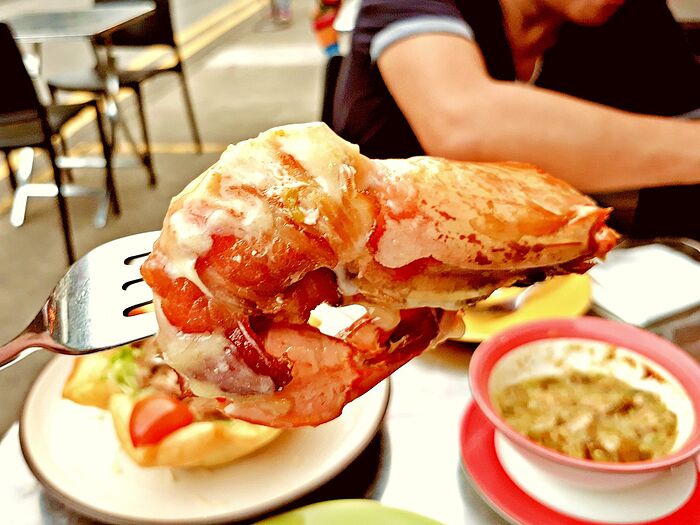 The other main which we ordered was the Cerdo con Salsa Verde, a very tasty pork stew which actually tasted more “Filipino” than Mexican. It was served with “Mexican rice” and tortillas. 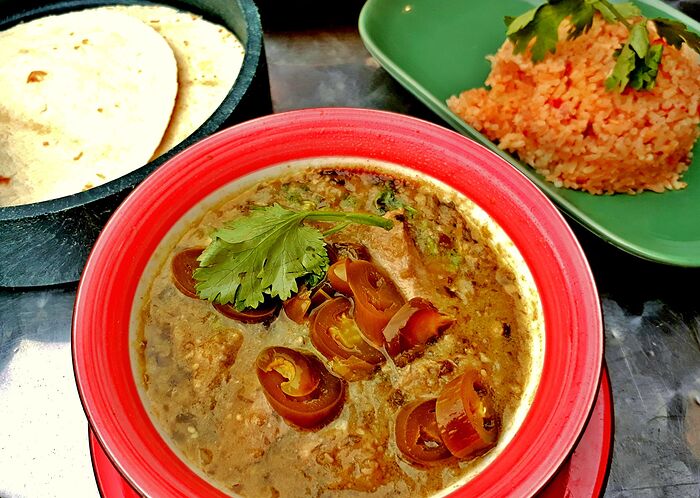 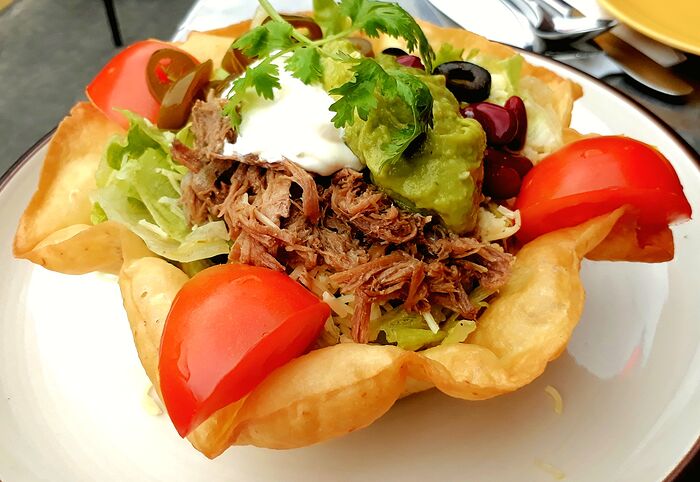 For pre-dinner drinks, I tried the strawberry Margarita - good by Singapore standards, but pretty watered down if compared to those in Mexico or the US. 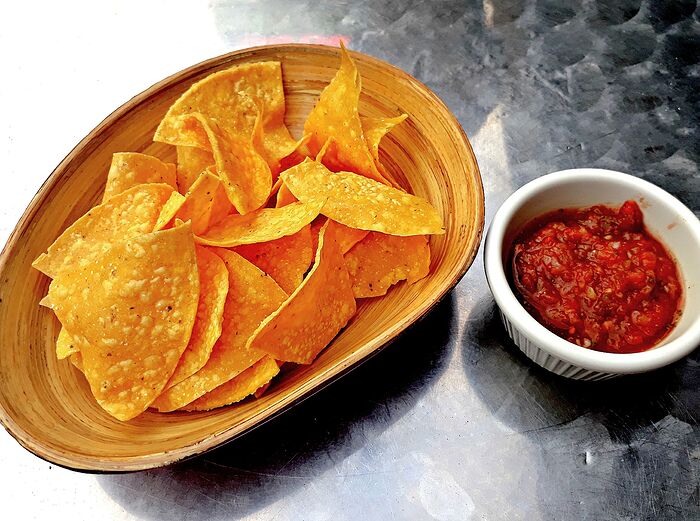 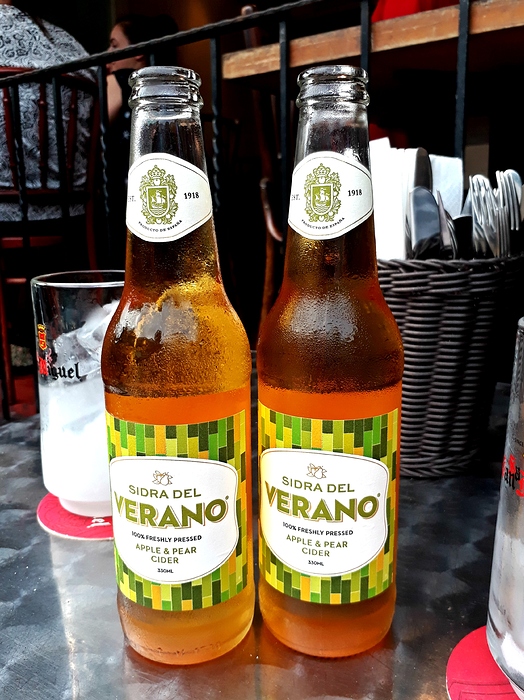 Holland Village’s bustling as always with the drinking crowd, as it’s always been for the past 30 years or so. 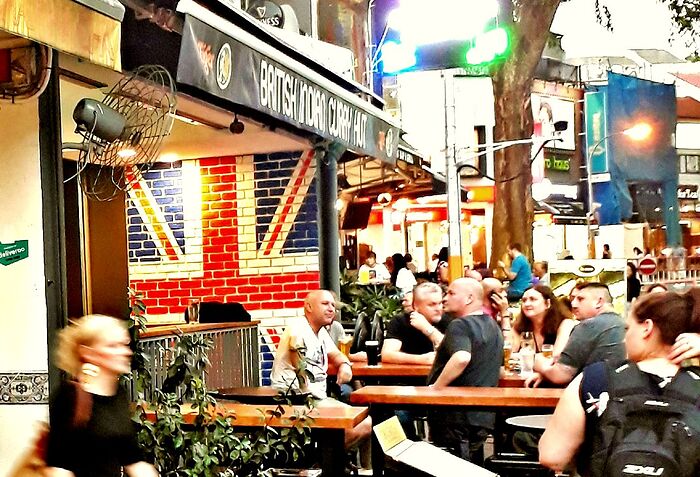 Overall, a rather enjoyable meal for me - it’s like a trip down memory lane. Good to know that in fast-changing Singapore, there are some things which have actually remained the same. 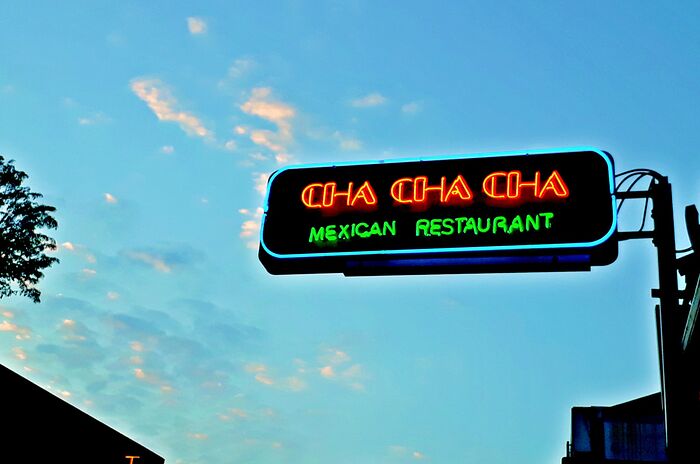 I’ve been here a few times over the years. I remember the first time, my cousins were so excited to bring me and my brother out for Mexican food (we live in LA and were missing Mexican food). It was horribly disappointing – we had nachos, and the nachos came with this weird cheese and salsa that tasted like tomato chutney! The margaritas were ok. A couple years later, we went again, and the food had improved, but still not great (once for dinner, once just for apps and drinks). Last I went was about 5 years ago, and I got the chicken fajitas. They tasted like Mexican chain restaurant fajitas, but I was missing Mexican food and they filled that need.

Exactly, this place does for Mexican food here in Singapore what Chinese takeouts do for Chinese food in America.

Exactly, this place does for Mexican food here in Singapore what Chinese takeouts do for Chinese food in America.

We’re lucky here in LA to have a huge Asian American population. The San Gabriel Valley is a collection of several cities, all with large percentages of Asian residents. And we have a larger number of Asian students at our universities (just look for the Ferraris and Lambos – not kidding). That means we have some excellent Chinese restaurants. Mediocre doesn’t cut it here, which is good for the rest of us!

Have our been to the San Gabriel Valley for Chinese food?

You will be surprised by the number of restaurants run and patronized by mostly Chinese from China. The authenticity is unquestioned. There are also many Taiwanese restaurants that remains authentic to what you will get in Taiwan.

In Singapore and Malaysia, you have Chinese food that have over the past 100 odd years changed with the local taste and does not truly reflect food in Guangzhou, Shantou or Xiamen.