Marine Terrace at Block 50A Marine Parade is a veritable gold mine of good local eats. And like most “local” market with a hawker centre attached, the customers are 100% locals. Quality of cooking here tend to be higher than the downtown hawker centres with high turnover (e.g. Maxwell Road, Amoy Street, etc.) 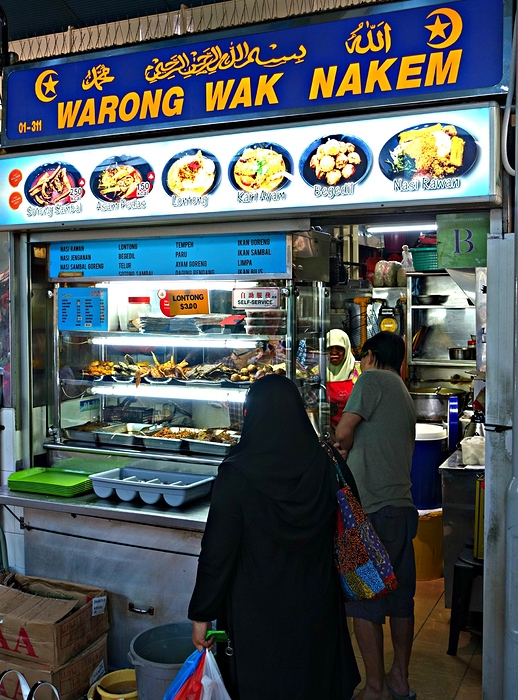 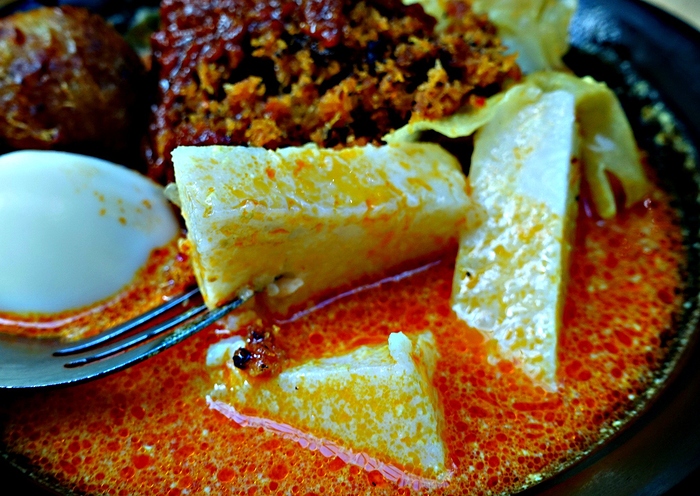 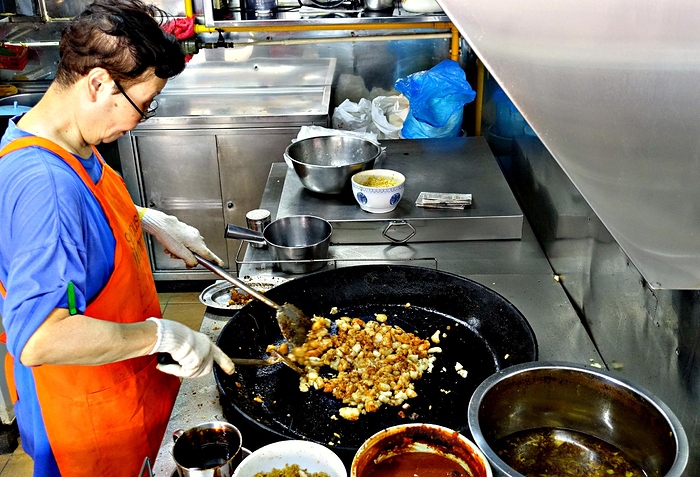 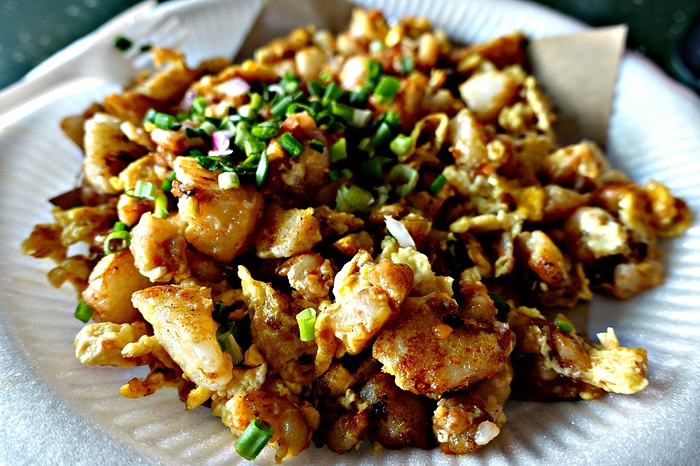 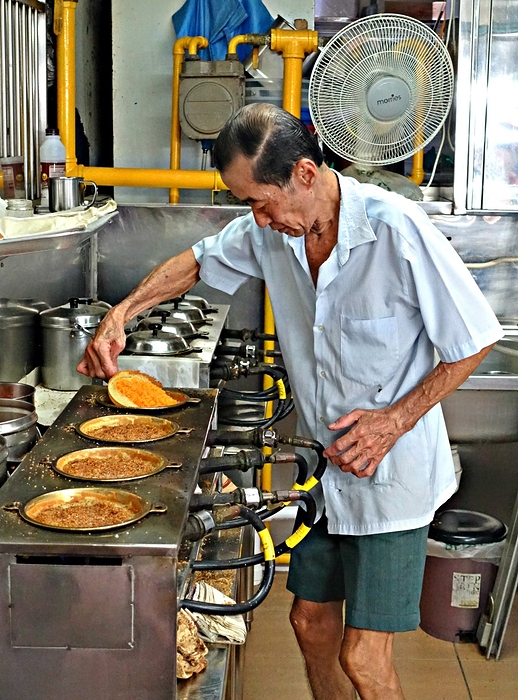 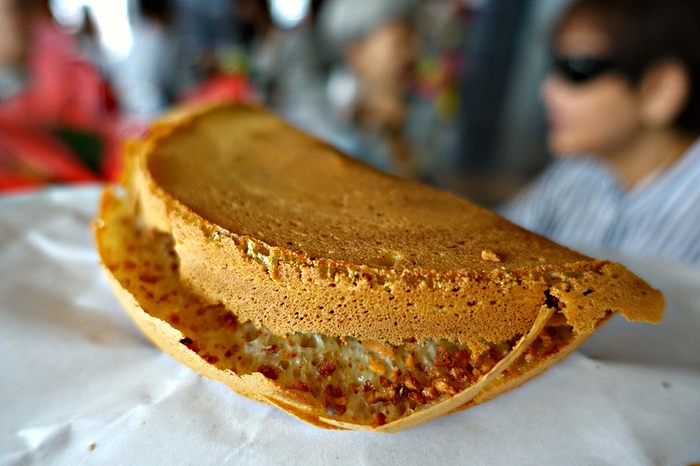 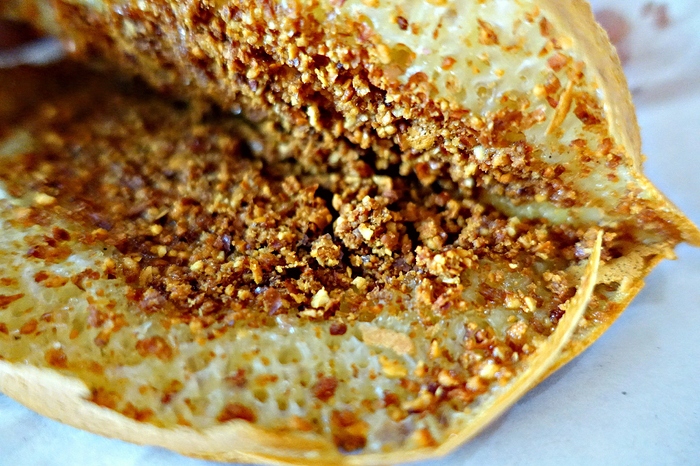 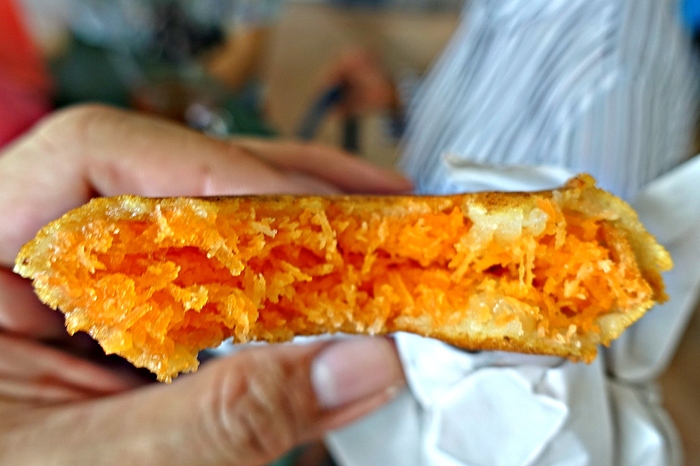 The photos are mouth watering already, I can’t imagine the real thing.

Inside the peanut pancake, are the fillings all peanut?

The name carrot cake is misleading there seems to be not a bit of carrot, it’s more a savoury radish cake! Yummy.

The filling for the pancake is a mixture of toasted, crushed peanuts and white sugar. Butter will also be added during the cooking process.

The fried carrot cake dish is called “chye tow kway” in Singapore. I think the English name is a misnomer which started perhaps a century ago, as it was also used in Penang, Malaysia.

It’s a Hokkien (Fujianese) dish and both Singapore and Penang have majority Chinese-Hokkien populace. In Hokkien language, “chye tow” refers to radish, whereas “ang chye tow” refers to carrot. “Kway” means cake. Somehow, they used carrot instead of radish during the translation into English, and it has stayed that way since. Maybe like how “Bombay duck” actually refers to a fish instead of a fowl