I had a little time before an event, and I wasn’t super-hungry, and I’ve been meaning to check this place out. So! What I had was very good. And also quite expensive. It’s not NOT worth it, but paying $8 for a pita, even a very nice puffy oily garlicky pita (Frena on the menu) felt just a wee bit like being had. This would be a great place for a group meal, because I would’ve been even happier with a selection of breads and dips, as opposed to the one of each (and a plate of pickles) that I did have. Dip was on the menu as smoked arctic char, but on the plate - and the bill - as smoked trout. I also call your attention to the shockingly excellent fruit in my drink. 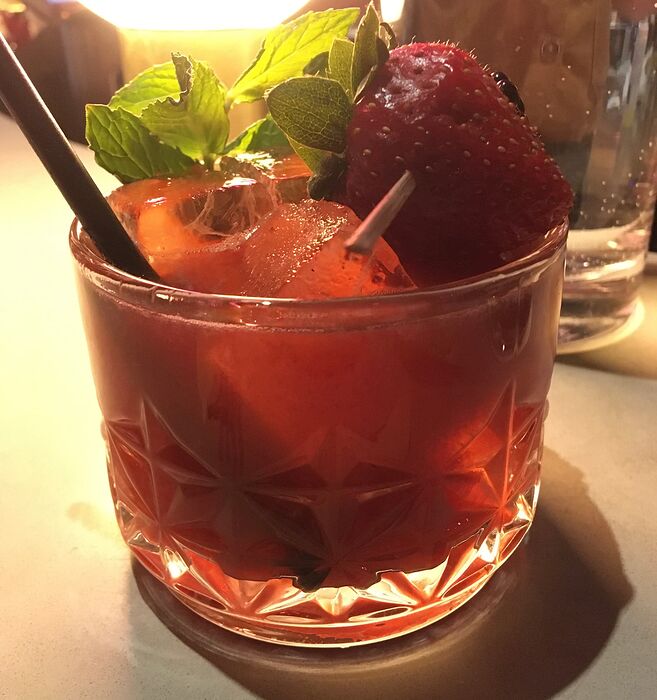 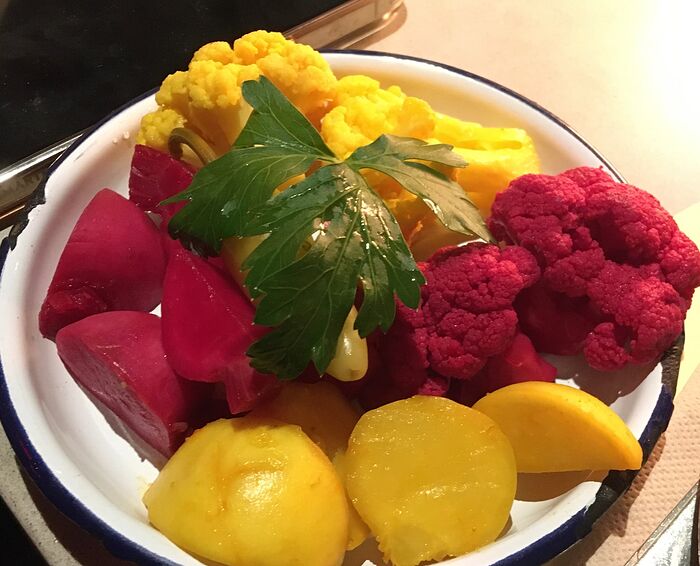 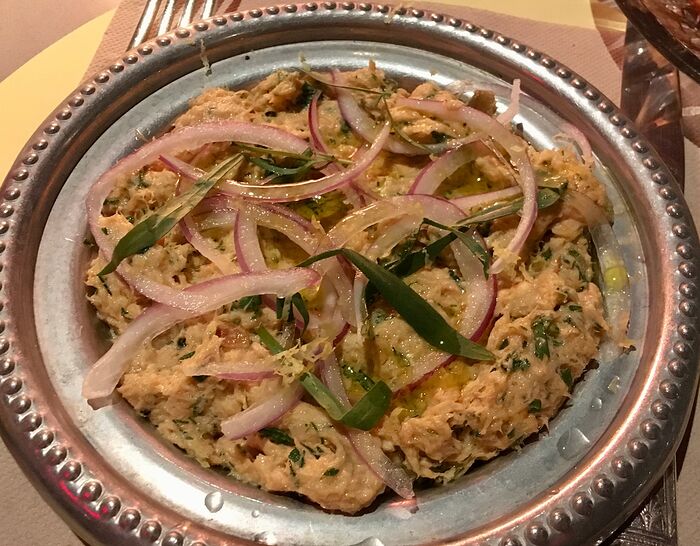 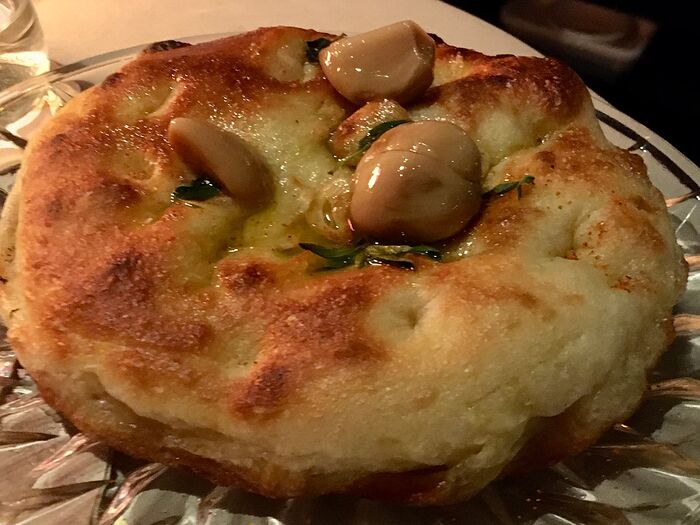 The pickled veggies are also gorgeous! I took a look at their menu and wanted pretty much everything on it.

It is a very appealing menu, and you can see how nice the presentation is. The place was mobbed when I went on a random Tuesday evening. I got the last counter seat.

My friend lives around the corner and has never been able to get a counter seat at a normal time.

Agree with your assessment, I have the same feeling about Shuka as well.

Like so much else these days, I would love X if it were just 20% cheaper.

We went last year year and I dont think we’ll be back. The dips, bread, and small plates are overpriced. I suppose gone are the days when such bread was free, but $8 is ridiculous. They had a miniature Adjaruli Khachapuri for almost the same price as a real one in Brooklyn. And why does the fish need to be in a cage? Set it free and free up table space, especially if its a counter. I also thought the counter wasnt particularly fun. It felt like sitting inside the kitchen. Interesting but hectic.

When I was there, the fish was presented encaged, and then de-caged before being set down on the counter. Still took up too much room.

I find most of this style of Israeli place overpriced. North miznon makes me choke a little every time I look at the menu before ordering. The apps are usually borderline overpriced, but the mains are in ridiculous territory.

Looks wonderful. That cocktail! Agree it’s on the pricey side, but we really enjoyed it when we went about a year ago. Your bread pic brought back yummy memories. Thanks.

Well, yes expensive, but beautiful, clean, delicious food. Taking a friend this weekend to Shmoné (newish Miznon spot in the Village) and expect to spend a small fortune, but it’s her birthday, and I think it will be a special evening. Chef’s wife had second baby last week (formerly of North), so we’ll have to go back when he’s there…will report back.

Wish Shmone listed their menu or a sample menu as their FAQ promises. Sounds expensive, like Hasalon. I like 19 Cleveland. Terrible name for an Israeli restaurant but good food. I wish we had a simple, no frills, comfortable Israeli like Itzik Hagadol in LA (closed :)). I havent been to any of the Miznons outside of Chelsea Market. Its interesting to see so many fancy Israelis popping up. Years ago things like “Shishlik” you only heard about in Russian restaurants. And “Salatim” wasnt invented in Philly

Yelp has some ancient ones. Dunno how useful they will be to you, but they’re there.

Pricing (and affect) is similar to north miznon, whose menus are more easily visible. Some older menus are also on google.