Shrimp Falafel Mix is a food truck serving Mediterranean/Middle Eastern bowls and sandwiches. It’s parked near the Fox Theater in Uptown Oakland right outside an exit of the 19th Street BART station. Found some more info on the owners and origin of the truck here:

I had a shrimp falafel sandwich ($12) from here after a show at the Fox. My impressions may have been influenced by hunger - as I was having dinner at around 11pm - but I thought this was a really good sandwich. It’s basically a mix of falafel and shrimp in a pita with some lettuce, tomato and maybe some other veggies, slathered with a very generous amount of a tzatziki like sauce. Served with some very hot pickled peppers and an olive on the side. The falafel were pretty good but not the crispiest on the outside. Still, a good mix with the shrimp which were very well cooked and tender. Good pita. 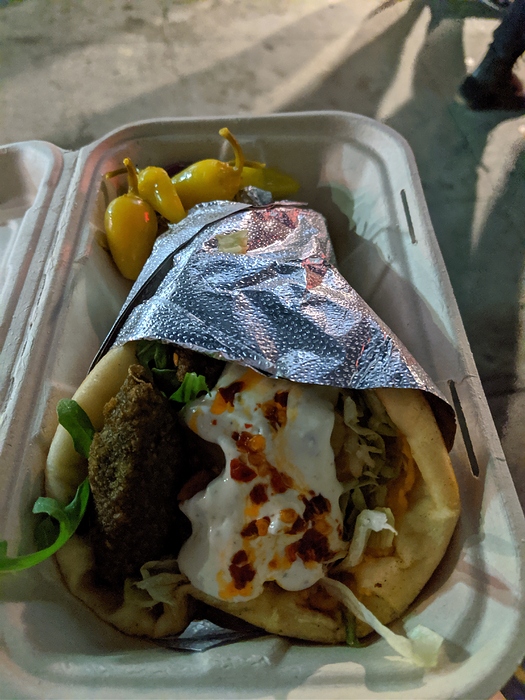 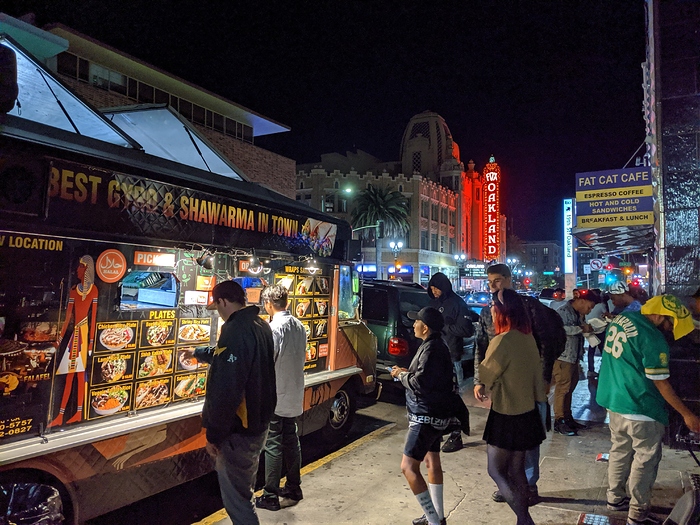