Tempura smelt (shishamo) from hokkaido at An sushi (SF) Yum, I love shishamo. Can you say more about your meal at An? I’ve read good reports in the media but sometimes it’s hype. I haven’t tried the newer high sushi joints in SF (Kusakabe, Maruya (RIP), etc) and am not sure if they are worth it (babysitter plus bay bridge trek on a weekday).

The shishamo is last of the season unfortunately which is why i ordered 2 orders ;). I really like the cosy ambiance at An but their menu is not as varied as say kusakabe (which is prix fixe). Their black cod, agedashi tofu, ankimo were ok, I think my favorite fish there (besides the shishamo) was the sanma sushi. Yamato shizuku sake and flour less chocolate cake dessert. But if you could only choose one, kusakabe might be the way to go.

Thanks, I’ve had too many unimpressive ankimo to count, plus we make black cod at home. Hoarding the shishamo I see…

Another option if you want to avoid bay bridge might be to take Bart to Pabu (embarcadero stop). Decent omakase, good karaage. 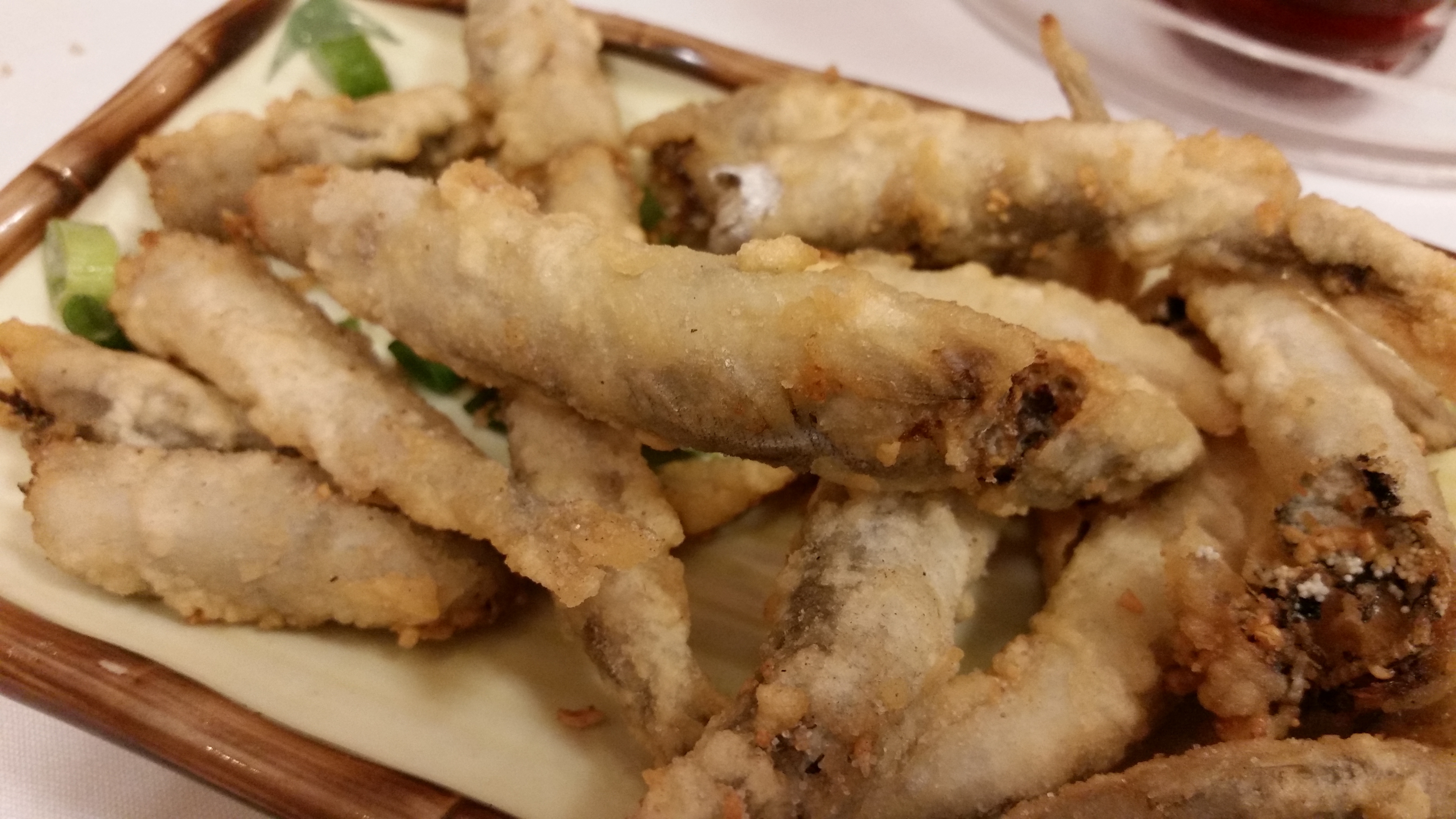 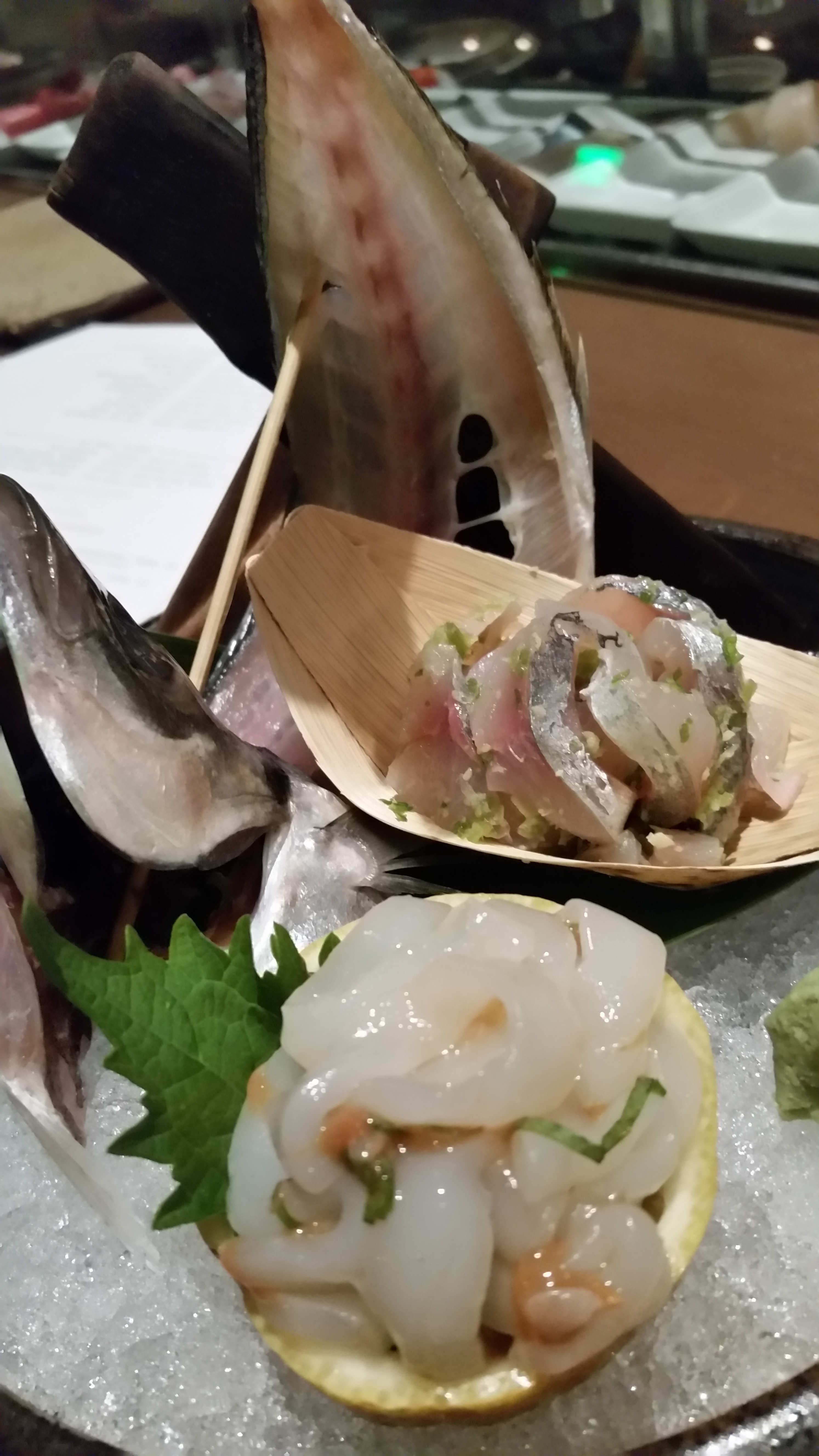 I would definitely eat that. The quality of shishamo isn’t as high at dim sum places, and they don’t always have it, but there are so many!

When I was on the Italian coast a few years ago, I ate about thirty as part of a multi-course dinner. It’s really annoying to get back to the bay area and spend $10 on a plate of 3 shishamo.

If you ever get to boston, check out the fried smelts with squid ink aioli at craigie on main (when available ). Might as well do the fried tiny whitefish (shirauo) at Winsor while you’re there too. Crystal Jade in sf used to do a couple versions of this but unfortunately discontinued them. Also in the fried fish category, I like the salt and pepper sea bass at yank sing.

If we’re switching to a discussion about crispy smelts, I love 'em, there seems to be a “california style” which is lightly breaded and fried. although I don’t know what the harvest might be now. In silicon valley, I like Evvia and Flea Street.

There’s a related dish called “nethili fry” at the Chettinad places, heavily spiced, with smaller fish. Anjappar has them Aachi Appakadi has them.

Whitefish and sea bass, while both lovely, aren’t quite the same, but I will definitely note your recommendations. My favorite part is the belly with egg sacs, so any small fish with egg sacs suffices. I do like them floured and fried but grilled is also good, and who knows what other preps I haven’t yet discovered.

The smelt served at Flea Street is either a surf smelt from monterey, or delta smelt, if they have it on the menu. They are rigorous about local sourcing. This isn’t whitefish or sea bass - it’s actual smelt just like Shisamo. But yes, without the eggs and a different prep.

Kokkari has the same fried smelt dish as Evvia. you get a decent pile for ~$12

Does this count? “Little Fried Fish” from Nopa ($14). De-boned. Tasty, crispy, and sweet. A little expensive. 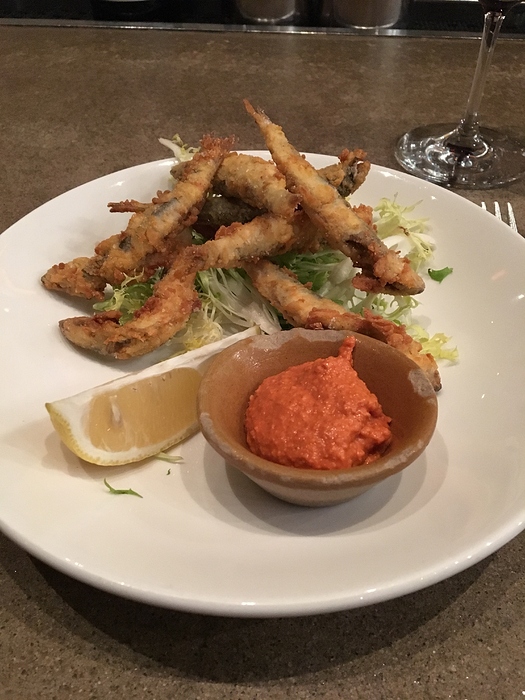 Ooh yes, did these ones have roe?

I don’t think so. Could be wrong though, I ate them pretty quickly.

we got these at nopa a few weeks ago. They were really tasty but quite expensive for what you get. No, they did not have any roe

I get fried smelt from some of the chinese places on clement street. They are not available year round, but have started making an appearance in the past few weeks

Sorry to divert the shishamo discussion, but browsing the photos quickly on my phone at work today, I mistook the tuna belly for shirako for a brief moment and became insanely jealous!

Does anyone know of any Bay Area restaurants that serve this?

The last time I had it (unexpectedly I might add!) was at Michiyazushi in Takayama; a 100+ year old sushi-ya, perhaps the oldest in the region and known for it’s Hida “toro” nigiri. We breezed in late in the evening and my wife and I were the only patrons in the whole restaurant. She wasn’t hungry so I asked for an omakase course for myself while she sipped on green tea at the bar. When the sashimi was first presented to me, I was a bit apprehensive as it’s not the most appetizing to look at (also didn’t help that the chef spoke just enough English to translate!) but it turned out to be a really delectable surprise. Almost like a melty creamy purée and very different from other preparations I’ve had elsewhere. It’s often served in soups.

I’d love to find a place in San Francisco that offers it on-or-off menu.

Kusakabe is currently serving shirako as part of their kaiseki. On a separate note, I tried the recently opened Hinata (van ness @ eddy, sf). Omakase $75 with optional supplement for additional courses (horsehair crab, baifun uni, wagyu) and ala carte. I enjoyed the sociability of the chefs (formerly at Saison, Hamano, Ijji), the attentive service and the modern minimalist decor, but (unlike my experiences at say Kusakabe) apparently my stomach did not agree with my assessment afterwards, to the extent that I will likely not be returning, despite living within walking distance (ymmv).