A new Japanese restaurant on Shaftesbury avenue has rapidly become a new favourite.

This restaurant seems squarely aimed at a Japanese clientele with little consideration to a local crowd which makes it all the more wonderful. The sashimi is generous and superior and nigiri is the best I’ve had in the UK outside of Zuma / Nobu - that perfect rice to fish ratio at the exact temperature you want.

The rest of the menu is uniformly excellent. Generous Salmon Teriyaki is wonderfully glazed and unctuous. Tempura Udon comes with a rich complex broth and bouncy fresh noodles. The ebiten maki and particularly the crunchy tuna maki (laced with crisp tempura flakes and topped with just sealed tuna and fresh roe) are absolutely fantastic. I’ve not gone wrong yet across the menu and for the price it is right up there with my favourite Japanese restaurants in London.

Thanks for this! Do they do agedashi tofu, and if so have you tried it?

I’ve had it as part of their set meal, but never ordered it standalone. It was delicious when I had it! 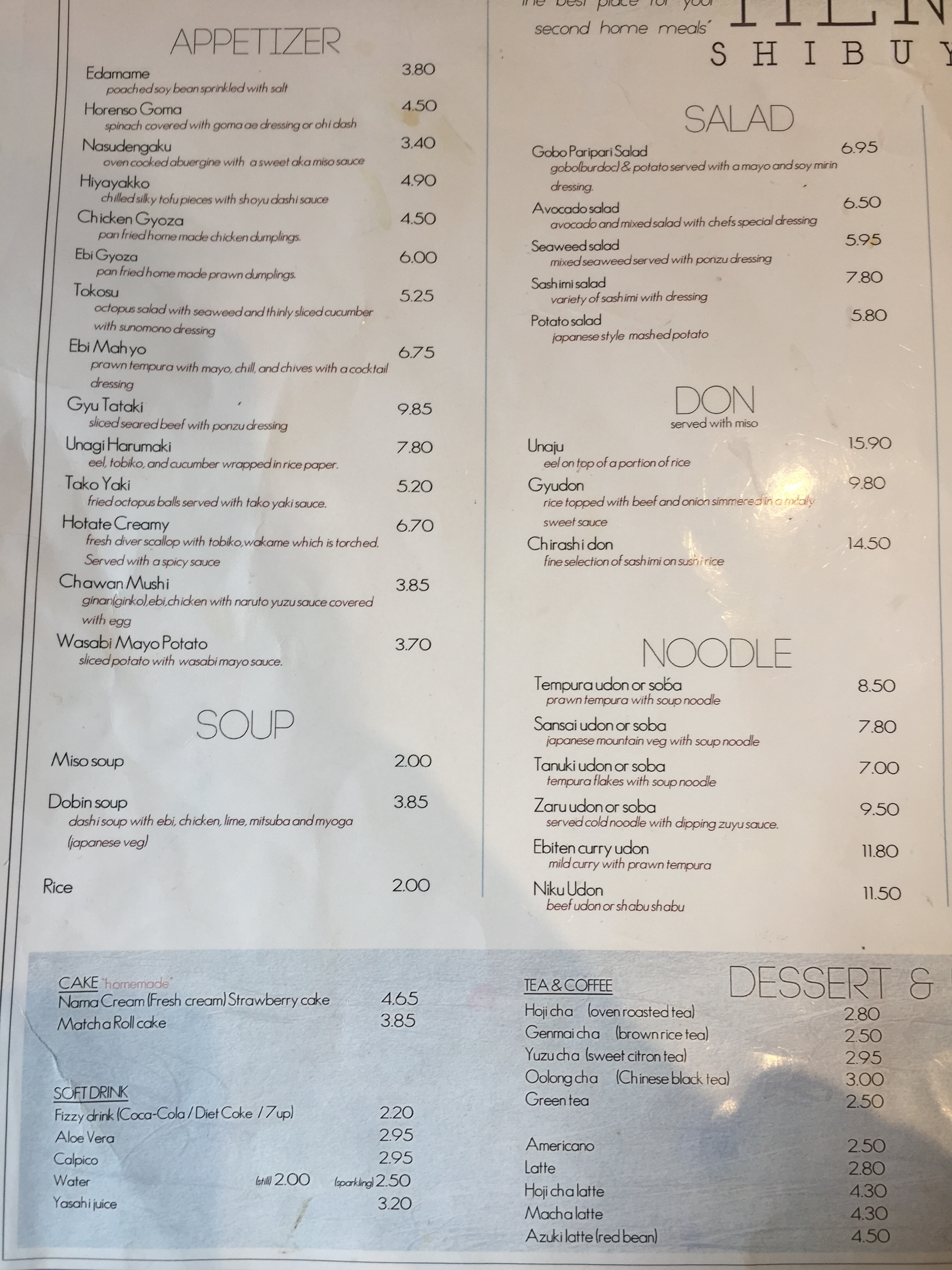 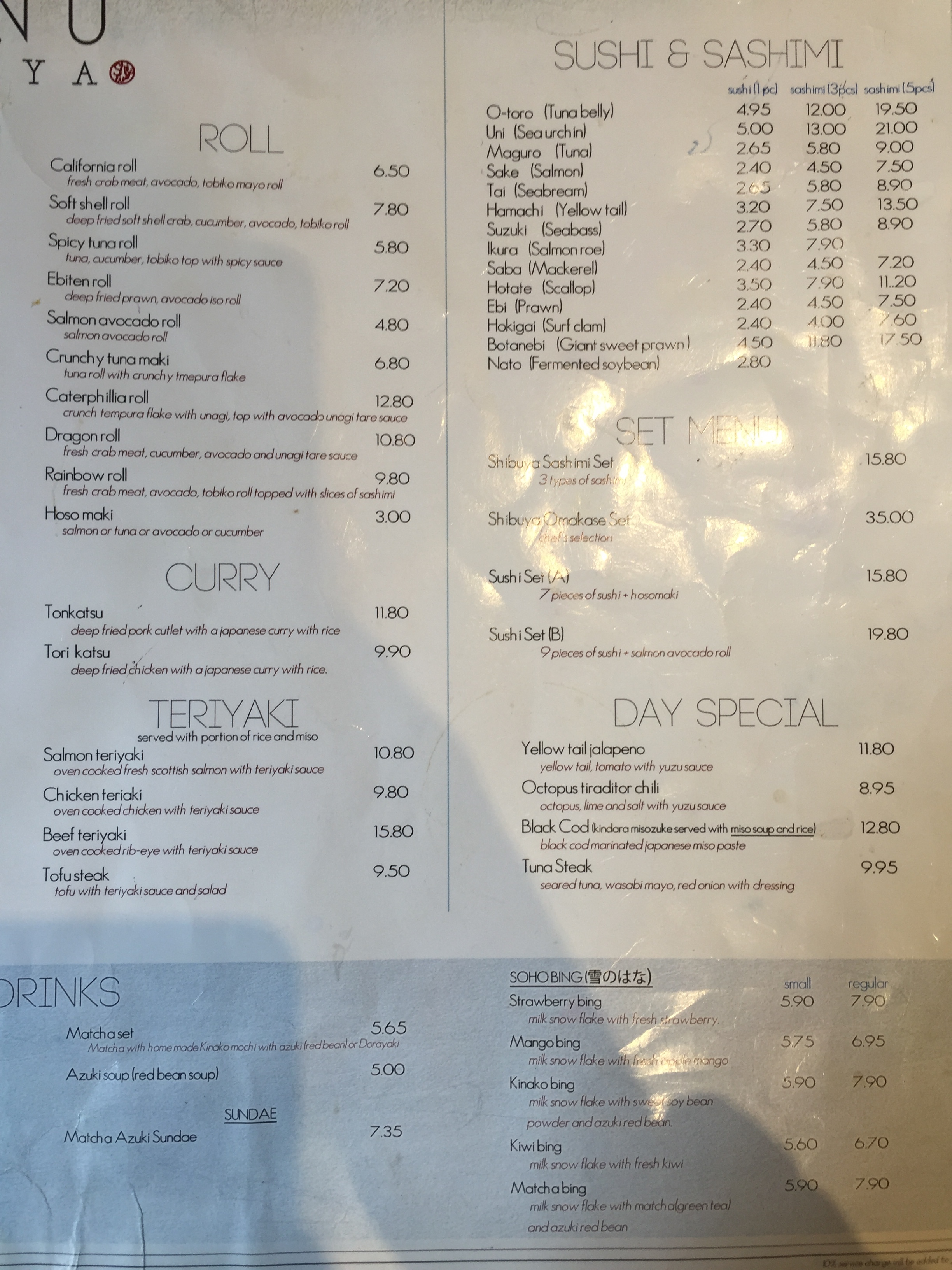 Shibuya is really great. It’s my favourite Japanese restaurant in London. Sushi and Sashimi are exactly right – as Hyperion says, as good as anything I’ve had outside of Zuma (and I’d definitely eat at Shibuya over Nobu, if you’re just interested in food).

One of my favourite things is the Black Cod which is in the Day Special section of the menu. Much like the Salmon Teriyaki it has a rich marinated sauce and the fish is great.

One thing to try if you like desert (and it’s what seems to make queues out the door some nights) is the Soho Bing. As far as I understand it is a take on Patbingsu the Korean desert, presumably that is a favourite in Japan. Certainly it is similar to Taiwanese shaved ice or Cendol in Malaysia.

Soho Bing is condensed milk that is frozen and shaved into a bowl. Azuki red beans and other sweet sauces are added. It looks quite spectacular and tastes much lighter than it looks. Definitely worth trying if you’re tempted. I personally like the Macha Bing.