Sorry yes work sharp my dumb. I just finished using my leaf blower made by worx.

Had my mind racing as well, looking at the date thinking I was in a time warp

You do not want to use a pull through sharpener on a j knife. How did you mess up your tip on the whetstone? You banged it against the stone?

J knives are actually easier to sharpen on whetstones than stainless European knives.

Hey Chem, I haven’t seen CBAD post either here or on CH for years.
I’m wondering what happened to him??

How did you mess up your tip on the whetstone?

@J89k I’m just seeing this, and think you might mean me. I don’t remember exactly; I think I was bearing down too hard as I was pulling the tip down the whetstone.

Thinking of taking it to a “pro” that set up in a nearby hardware store, but what if he doesn’t know what HE’S doing?

Exactly. I took one of my somewhat dull Victorinox knives to a knife store here in Vegas – you’d think they’d know what they’re doing, right? The owner told me to wait a couple of minutes; put it on a grinding wheel, and it came back worse than it was before. They’ve since gone out of business.

Hey Eiron. How are you, man? Probably our CBAD has moved on to other passion. I haven’t touched base with him for a long time too. I still have his email address. If you lost it, let me know. How goes everything with you man? Are you spending time between stage acting and knife making+knife sharpening?

Hey Chem, I think I also still have his email, but I haven’t looked for it yet. I’ll ask you for it if I can’t find it. LOL, actually, yes I’m doing all of that!

I’m in rehearsals for a Xmas choir show, I’ll be helping a friend shoot some video at the end of the month, I recently sharpened 49 kitchen knives for the Food Bank (free of charge, of course), and I’m hoping to get my custom kitchen knives into a high-end gift shop before Thanksgiving. The store I was in last year made some packaging recommendations that I adopted this year. It adds quite a bit of time to each knife, but reactions have been extremely positive so I think the results are worth it.

Good to hear from you. I am glad that you are doing both stage acting and knife works as well. 49 kitchen knives sharpening sounds like a lot. I hope you did that mostly with a machine with minimal custom-manual work. Otherwise, even 5 min manual touch up is 4 hours of manual labor.

Just went to Facebook to look your updates. (I almost never use Facebook, but Google points it to me). What’s up with the hand? At first, I thought you did so much knife work and over work your hand, but based on the comment it seems like a tariff accident instead. Anyway, rest up easy with your left hand.

By the way, have you thought about putting individual knife making date on your knives? Ask how your customers/seller feel about it, but it can add another layer of individual-customly-made concept

Yes, I used my knifemaking grinder to sharpen them. But they were in pretty bad shape, so it still took me 3 to 4 hrs to sharpen all of them. That’s typical for both of the Food Bank kitchens I help. But I don’t mind. I spend more time sharpening, but have to make fewer trips to pick up and drop off the knives. (one of them is 25 miles away) So it works out?

Last summer (2018) I was hit while riding home on my scooter. They guy took off before I had a chance to figure out what had happened and how badly I was hurt. The bone at the base of my thumb got sheared off, and it took two operations and 10 weeks in casts, then another 3+ months of physical therapy. I still don’t have 100% use of it. It was about 9 months before I could really use it again for knife work.

I offer free monogram stamping (of the owner’s initials) on the back side of the blades, but most people don’t take it. That’s surprising to me! I definitely thought it would be more popular!

I offer free monogram stamping (of the owner’s initials) on the back side of the blades, but most people don’t take it. That’s surprising to me! I definitely thought it would be more popular!

Do they know about it? I remember there was a Japanese knife I bought (online) also have free monogram service, but it was stated like a fine print somewhere not to obvious. Anyway, you better take care of your left thumb. Sorry to hear the guy just took off. Did he hit you, talk to you and thought you were ok, and then took off? Or he never brother to stop?

I tell everyone that it’s an option when I talk with them, which is why it’s surprising to me.

The guy stopped long enough to ask is I was alright. I was still trying to figure out what had happened since I didn’t see him coming (it was late twilight and he didn’t have his lights on), and when I said “I think so?” he took off. It was only after that when I realized how badly my hand hurt. And I still had 12 miles to ride home! Luckily I always ride with a full helmet. If not , I would’ve been unconscious and I doubt he would’ve stuck around.

Hope you recover as much as you can. I am sad that the accident has happened, but like you said, at least you have the helmet on.

Nice to hear from @Eiron

Any thoughts about this tutorial? It gave me courage, but I wasn’t sure about the straight up and down, vs a motion that curves; perhaps follows the curve of the blade. 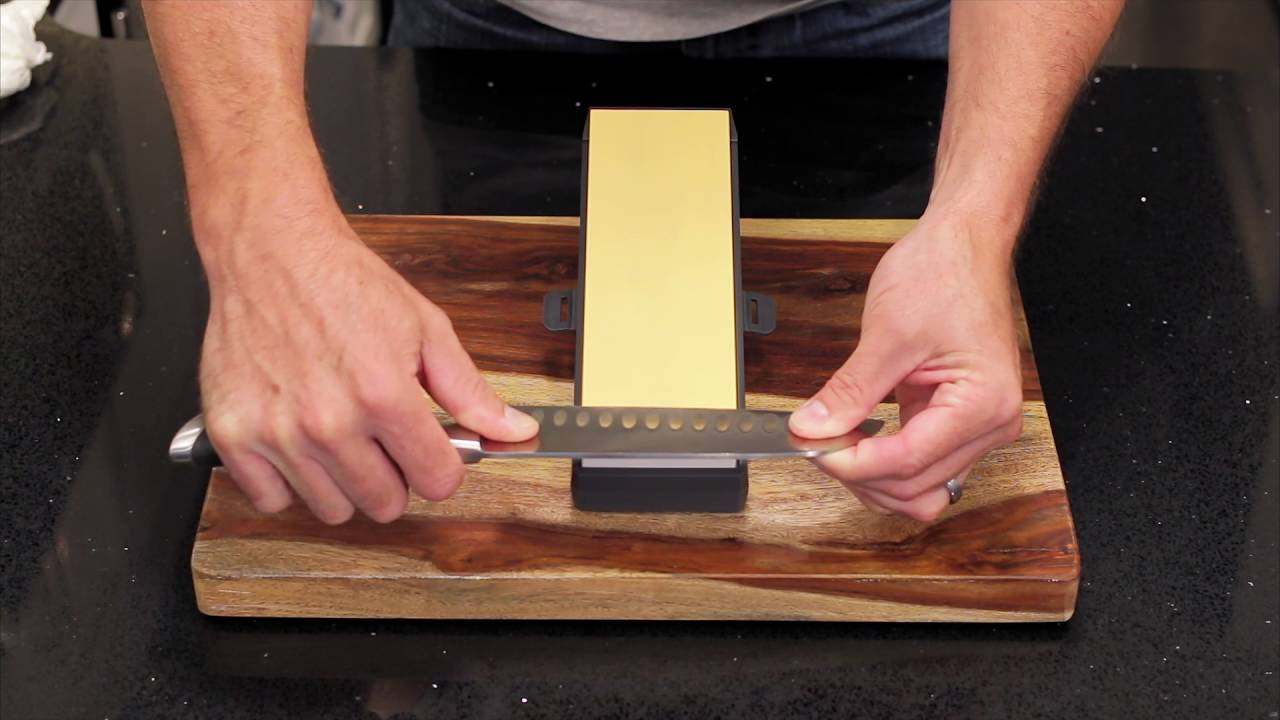 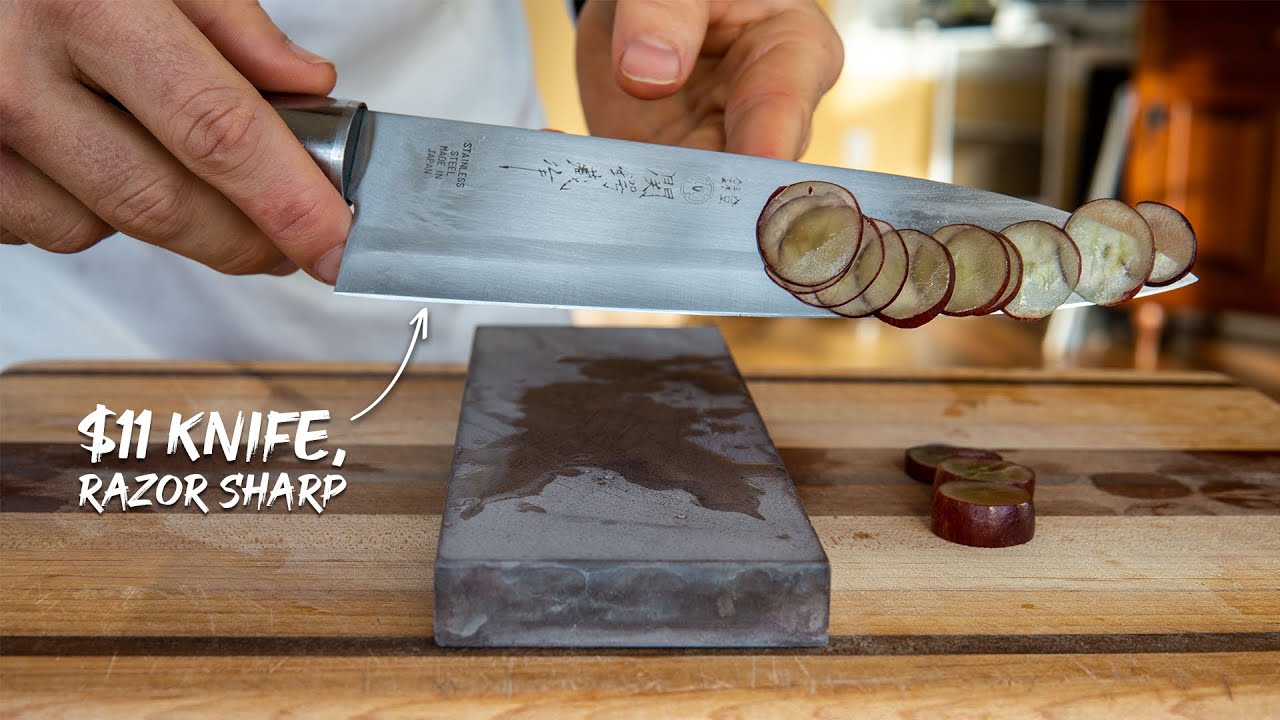 In any case, I didn’t feel a burr, but @Chemicalkinetics, it also didn’t seem like a life and death operation.

@shrinkrap, Either tutorial is usable. A lot of the “how” is dependent on each person’s individual style, so if you’re more comfortable following the method in the 2nd video, I’d say do that.

My own style is a little different from either video. I sharpen (apply pressure) on pull strokes, and I don’t switch hands when I switch sides, but simply flip the knife over. Also, I might start out by ‘working each section’ of a dull knife, but as quickly as possible I start using full swipes along the edge of the knife to give a more consistent grind.

Those videos are both OK, but they make simplistic assumptions–they don’t indicate the complexities of freehand sharpening–when to sharpen, and what tools to use. For many of us, maintaining sharpness at a high level is possible without using stones–and still can be straightforward with a single stone and a honing rod. See: 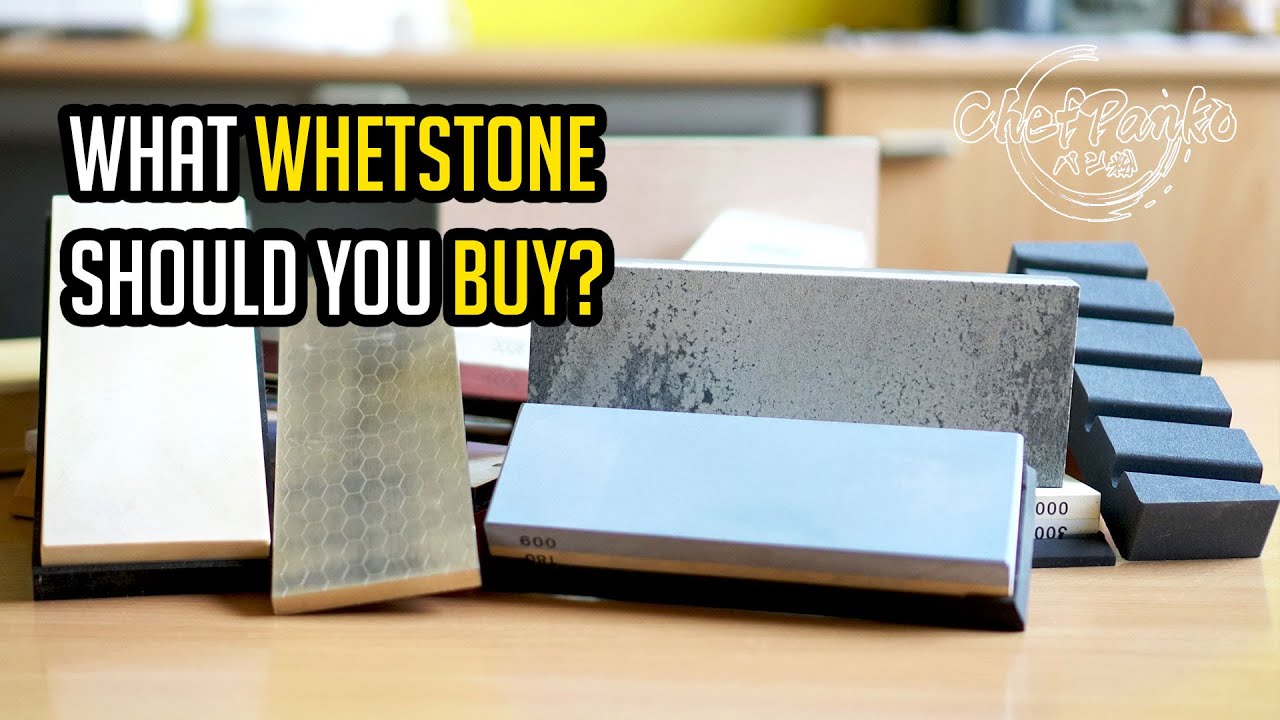 I take a do no harm approach, and use a green loaded leather strop very regularly with all the knives I have–polishing with the leather side. If the knife losres sharpmness when I’m using it–I hone it with either a steel or ceramic honing rod. I rarely do this, but when I do, I’m extremely cautious.

I’m not willing to go through all the steps from creating an edge through the refining and polishing stages freehand for millions of reasons–the first being that it’s a skill that comes with practice–and I won’t be doing it regularly enough to master all the steps. With proper maintenance, I can afford to pay a pro to do it for me freehand with stones once in awhile.

Thank you! I’ll check that out.

For context, I’ve had a Chef something electric sharpener that I’ve used forever, until a friend brought me a knife during a trip to Japan. I read somewhere I shouldn’t use it on a Japanese knife, and about four years ago, did some research, and bought the whetstone in the first video. I bent the tip of two knives, and have been paralyzed with fear ever since.

No place near here to get it done, or at least no place that sticks around long enough for me to trust. My husband bought me some fancy knives I can ship to get sharpened, but I’ve never wanted to deal with the logistics.

Today I decided it was not a life and death procedure, found the video that was mentioned in the instructions that came with the whetstone, and went for it. After trying that method, some other methods didn’t seem as intimidating.

So far so good! I sharpened about seven of my knives, and I’m whipping up some pickled Fresno’s!

Maybe you’ve already seen these but Jon Broida of Japanese Knife Imports has some good videos on sharpening with water stones on Youtube: