I was in Vegas in January and had a lunch on a holiday Monday (MLK Day) at Shang Artisan Noodle, located in a strip mall in Chinatown. There were quite a few people in line. You sign in on a clipboard at the front of the restaurant. They had tea and hot water outside for people waiting for a table which I thought was quite considerate.

It took me about 20 minutes before being seated at the bar in front of the open kitchen. They are efficient with ordering - I was asked if I was ready to order just a few moments after receiving the menu. At the bar you can see the chefs hand pulling noodles, shaving noodles into hot water with a knife, and wrapping dumplings.

I had the Shang beef noodles with hand pulled noodles (you also have the choice of knife cut and “plain” noodles), the spicy wonton ($5.99), and a cucumber salad ($4.99).

The Shang beef noodles were quite good. The broth wasn’t as medicinal and herbal as some other beef noodle soups I’ve had. It had a nice collagen thickness and good beefy flavor and had just about the right amount of salt. The beef stew pieces were all nice and tender and the baby bok choy was perfectly cooked. It had a hint of heat but was not very spicy. The only minus was the noodles could have had some more chew / QQ. I think I should have had it with the thicker knife cut noodles. 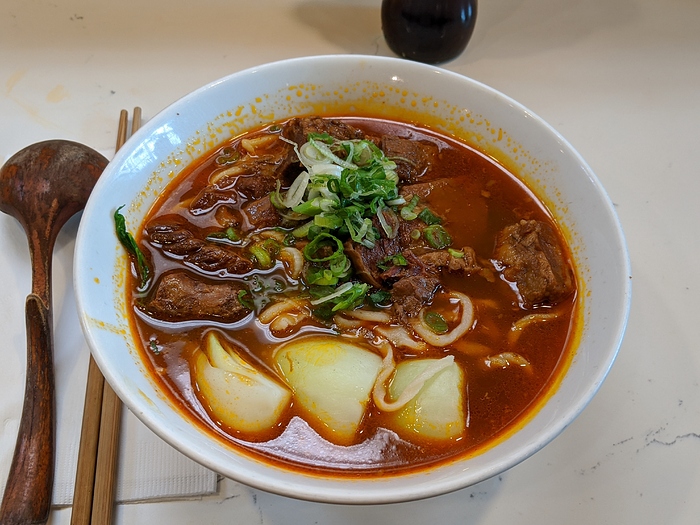 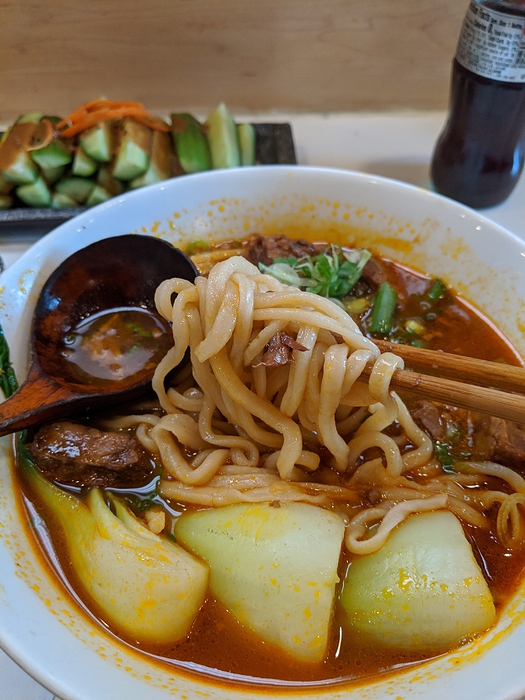 The spicy wontons were a decent rendition. Topped with a chili oil sauce with some sesame seeds and ground Sichuan peppercorn on top that gave it some numbing flavor. Good but not as good as the ones from Mian. 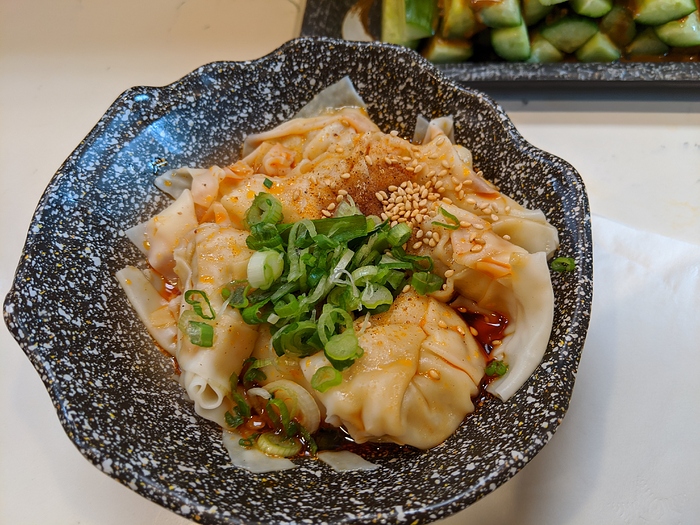 The cucumber salad was fine. This consisted of a good portion of chilled cucumber sticks drizzled with a sesame paste based sauce. Nice cooling bite to chase the spicy wontons. 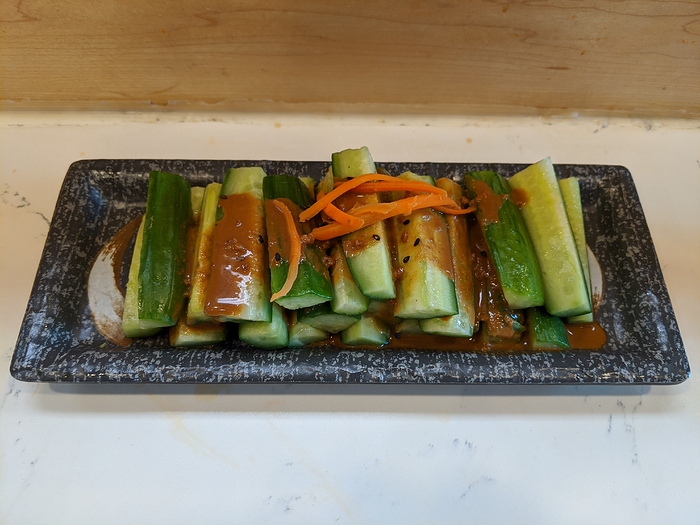 Very good beef noodle soup. Good spicy wontons. Next time I would try some of the other appetizers. 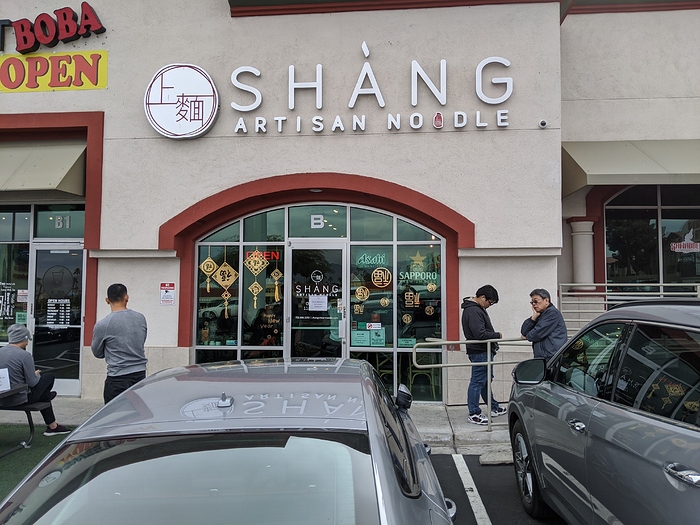 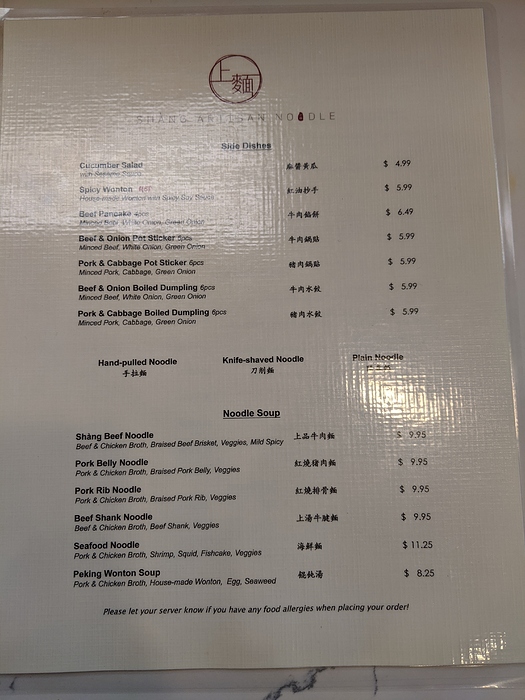 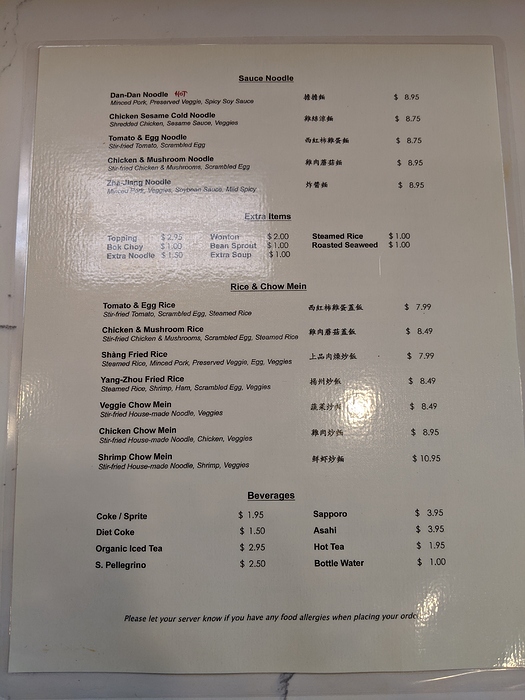 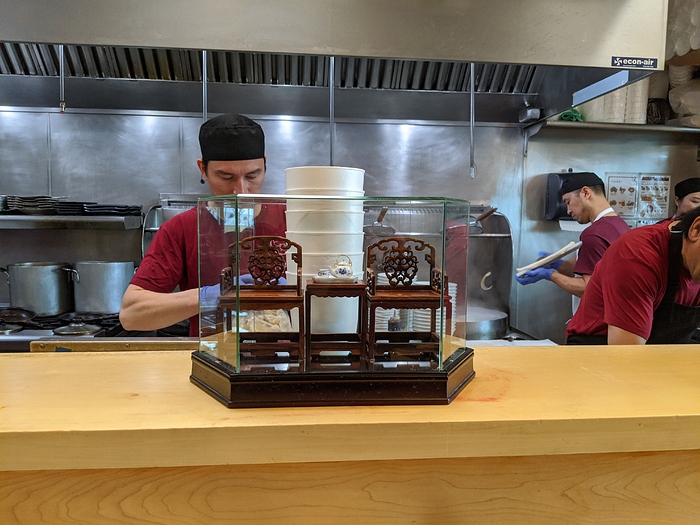