I went for the first time a couple nights ago and was wowed. I was in Madrid earlier this year (just a few hours,but long enough to eat), Barcelona last summer (8 days), and lived there as well for a year when I was younger. I’ve eaten a lot of tapas. This may not all be “authentic,” but Shakewell’s got the flavors and spirit right.

I tried their version of a Gilda, the Basque Country’s most famous pintxo: a boquerone (fresh anchovy that’s been marinated in vinegar), guindilla pepper, and an olive. It was tasty but perhaps hadn’t marinated enough, as I found the guindilla a bit tough. This was the only flaw in the meal.

Three of us split the bacalau croquetas over squid ink aioli, patatas bravas, tempura cauli on a bed of romesco sauce, a salad of asparagus, boquerones and burrata with little buttery crouton bits and olives, and gambas al ajillo. One in our group doesn’t eat meat (only seafood).

My favorite was the bacalau - perfectly redolent of the sea and crispy and tender, as good as any I had in Portugal earlier this year. They look a little dark in the pic but they were perfect. Wonderful with the squid ink aioli, which was so good on its own we ordered some zatar flat bread to wipe it all up.

The patatas bravas were an excellent version - better than some I’ve had in Spain. There’s very little wrong I can find with fried cauliflower, and we found nothing. The salad was light and Spring-y but rich with the addition of the creamy burrata. The gambas came swimming in their garlicky,still bubbling oil, with some bread to sop it up with. The chubby shrimp were perfectly cooked.

We had cocktails (I didn’t love my Spring negroni as the flavors were a little muddled, but it wasn’t bad by any means) and shared a tasting of sherries. very nice.

I would like to go with a big group to taste everything on the menu, including the bombas (paella made with bomba rice). Good to hear. I’d stopped by for happy hour once, and enjoyed the bacalao croquetas much as you did, but the fried olives (with some sort of preserved fish, which no longer appears on the menu) dish I had ordered initially was bad enough to make me question the whole experience.

This season’s brunch menu asparagus tartine and eggs dish is simple but a winner. I’ve enjoyed their cocktails. And the front of house partner, Tim, is definitely around and friendly making sure folks are having a good time.

Two cocktails: “Love at First Sip” and “Bombay Bee’s Knees” – both were good, but not extraordinary. The star-anise made the Bee’s Knees look pretty but I found that the aroma got in the way of the rest of the flavor profile. In retrospect, I should have removed it.

Bacalao fritters: Soft interior, crispy exterior. Squid ink made for some dramatic artwork on the plate. Nice but a little heavy.

Shaved asparagus salad: Really nice flavors, almost Caesar-like with the anchovies. We asked for some bread to go with the burrata and were brought some za’atar flatbread (which they charged $5 for). I didn’t feel like the burrata paired that well with the salad, but both were good.

Octopus with salsa verde and sambal. Octopus had a crispy exterior, but was not overcooked. Really nice flavors in this dish.

Chicken and prawn bomba: Really good. Best paella I have eaten in a very long time. Loved the crispy exterior, and the prawns were added on top and not overcooked. Lots of saffron flavor. They served it with some carrot-habanero hot sauce which wasn’t very spicy, but added a nice flavor. The bombas aren’t cheap ($35) but this was really delicious.

Churros with chocolate: Not a very sweet dessert. Churros didn’t contain that much sugar, and were crispy on outside and soft/eggy inside. I really liked them. Chocolate was also not very sweet, and had hint of spices.

Total bill before tip was about $120. I’d probably only be inclined to go back for the bomba. 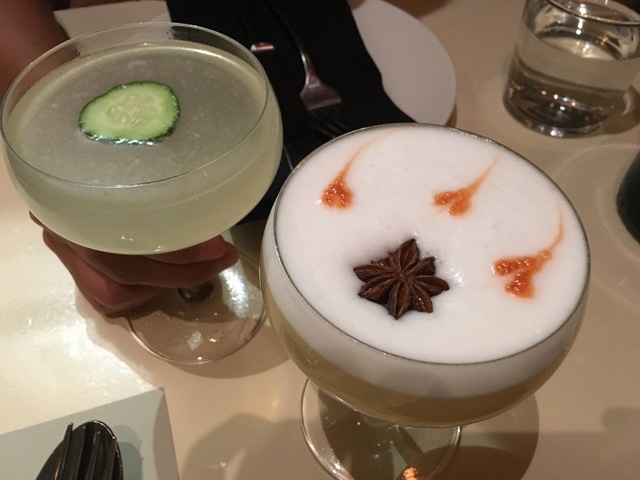 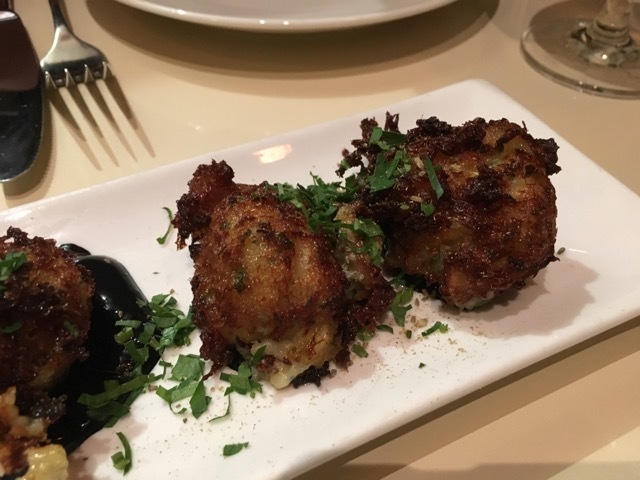 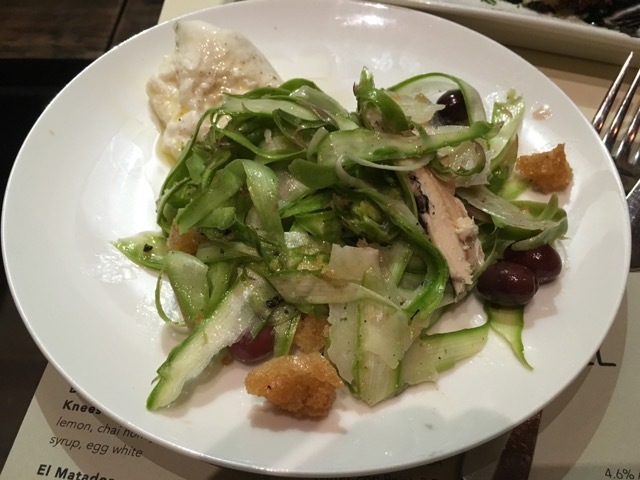 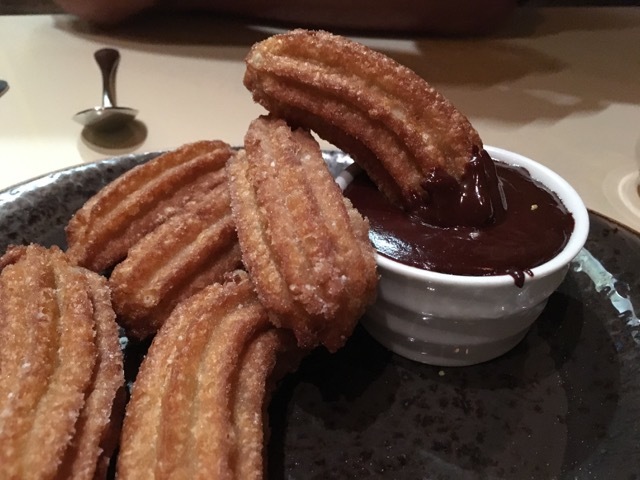 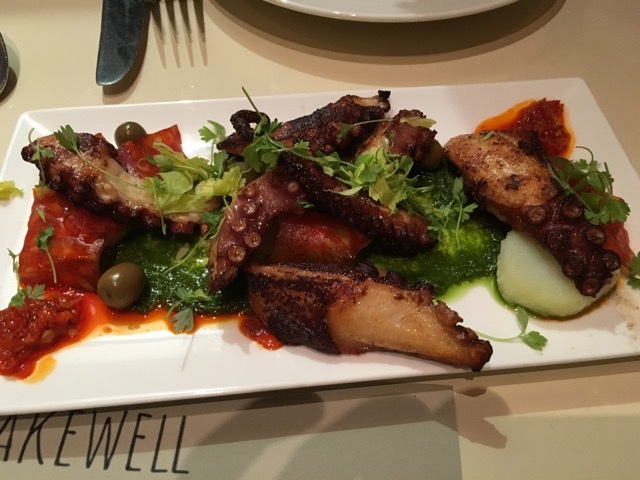 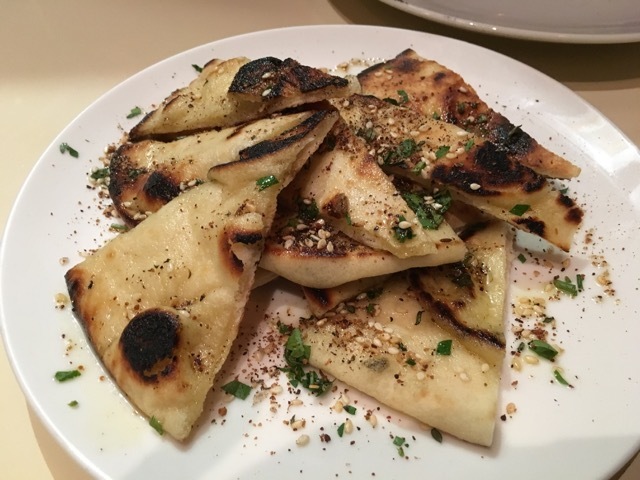 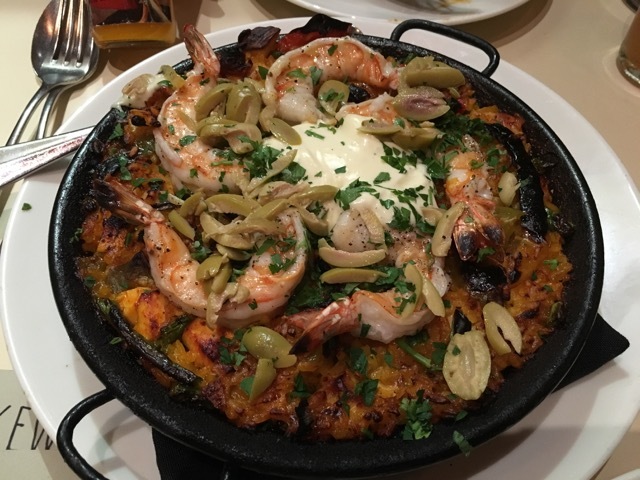 I went first for lunch and their quinoa salad with chicken breast was impressive. It seems like every California style cafe these days has some kind of quinoa salad (if not then kale) and there are so many ways to go wrong - boring, bland, soggy, single note, dry (chicken breast), and Shakewell’s was perfect. It included hazelnut for toasty nuttiness, cubes of chicken breast, and every bite was interesting I could not stop eating it.

A few weeks later I went for fried chicken Tuesdays and it was also excellent. I would say their fried chicken is in the same league as Miss Ollie’s. The side of lentils had great spices, better than most Indian restaurants…