Chick & Tea, the Taiwanese chicken (gpai) and boba place, just added a branch in Milpitas in addition to the one near MacArthur Bart in Oakland. The Taiwanese crowd seems to quite like it. I think I will check it out some time.

Btw, did you check out Anna Roth’s piece on Taiwanese eats this week?

Chick & Tea, the Taiwanese chicken (gpai) and boba place, just added a branch in Milpitas in addition to the one near MacArthur Bart in Oakland. The Taiwanese crowd seems to quite like it. I think I will check it out some time.

Shihlin Taiwan Street Snacks (士林台灣小吃) the Taiwanese chain just opened a shop in Milpitas with fried chicken and other snacks. Anyone has experience with their food in Taiwan or Asia?

I’m curious to hear about people’s impressions about these places or Taiwanese fried chicken in general. I think I’ve only had it at a lackluster chain bubble tea shop.

Here are some links:

i was impressed by the basil popcorn chicken (5.5) @I-tea, san leandro during their soft opening.
chicken was tender, juicy, not loaded with salt nor sugar. also 20% off… 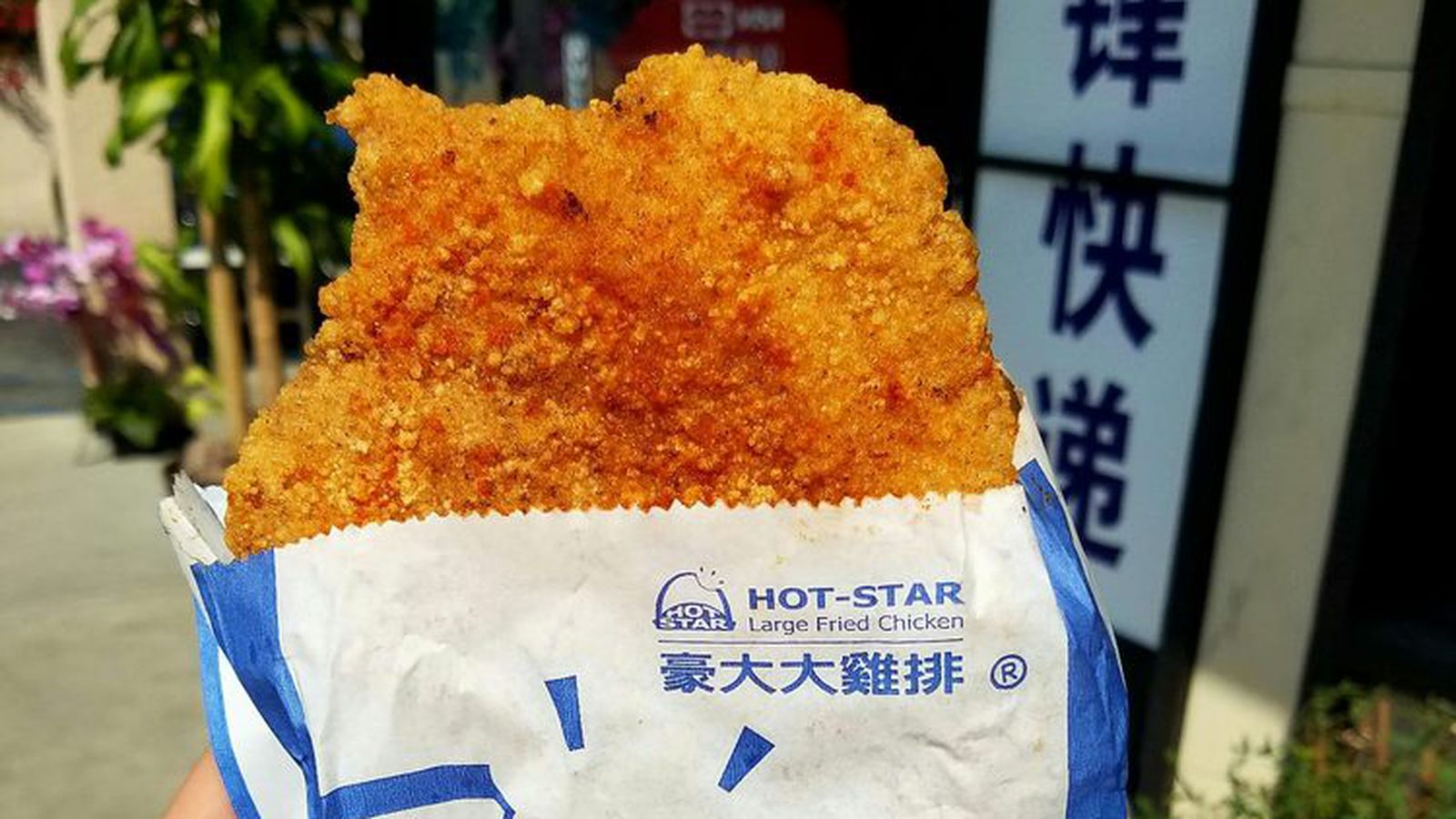 Now there are two of these in LA. Maybe more coming.

The opinion seems to be that Chick & Tea is still the best for Taiwanese G-Pai.

Shihlin is a chain from southeast Asia (Malasia or Singapore?). They do not have any beef or pork items. Interestingly, they also serve a Taiwanese street oyster rice noodle dish (mee sua) and add some shredded chicken on top, which threw off a lot of people as weird.

The popcorn chicken @ taiwan bento (22nd st in oakland) is also very good. Their bento boxes are our current lunch favorite and their pork belly bun is also great

I noticed last night that Chick & Tea had opened on Center Street up the street from the Berkeley BART station. At 9:30 there were only a few people there.

I stopped by Shihlin Taiwan Street Snacks in Berkeley last week and was not enthused. They are still working through some opening operational kinks, but my main complaint is that the breading was too thick and gummy. They were cutting up the XXL pieces by default which may have contributed to the soggy pieces and gummy batter pulled away from the chicken at the bottom of my bag. It’s impressive how they create a giant thin paillard of chicken thigh/leg (or breast) and if I return after they get settled in better I’ll request it not be sliced. 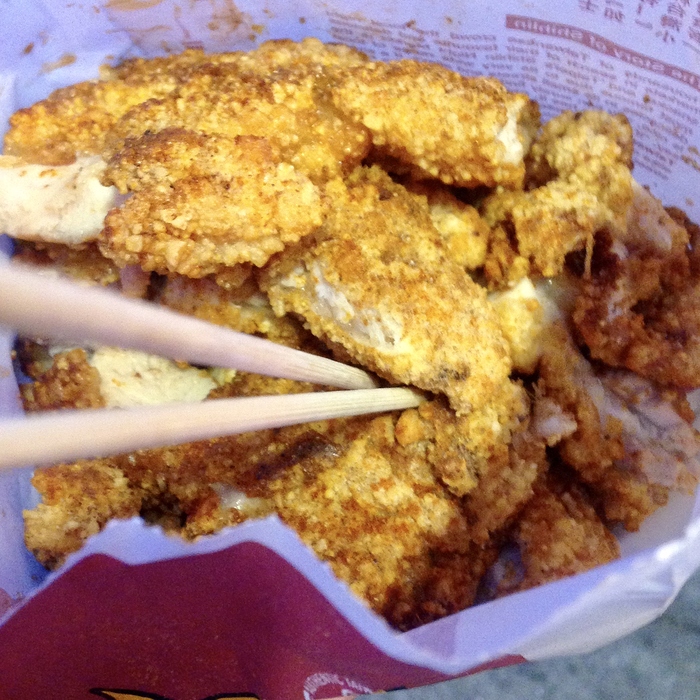 The opening on Center Street is Chick’n Rice, a Kao Mun Gai-focused restaurant from the founders of Caviar. I stopped by recently and opted for the fried chicken instead of the traditional poached. I was unenthused, though to be fair, I have not been a fan of any kao mun gai or Hainanese Chicken I’ve ordered (I’ve only tried it in the US). I did like versions I’ve made at home with very rich chicken stock or chicken plus turkey stock.
The rice was short and soggy, without much flavor save for the flecks of garlic in it. I would have called the chicken fine if it had been in an inexpensive premade katsu sandwich, but it was the main component of $10 rice bowl. The gai lan I added for $2 was good. The broth served on the side was fine–it had enough chicken flavor that I tried to revive the soggy rice with it, but as a soup it was strange. It had large chunks of hot, but uncooked daikon in it. This was very unappealing to me, and distracted from the soup flavor. 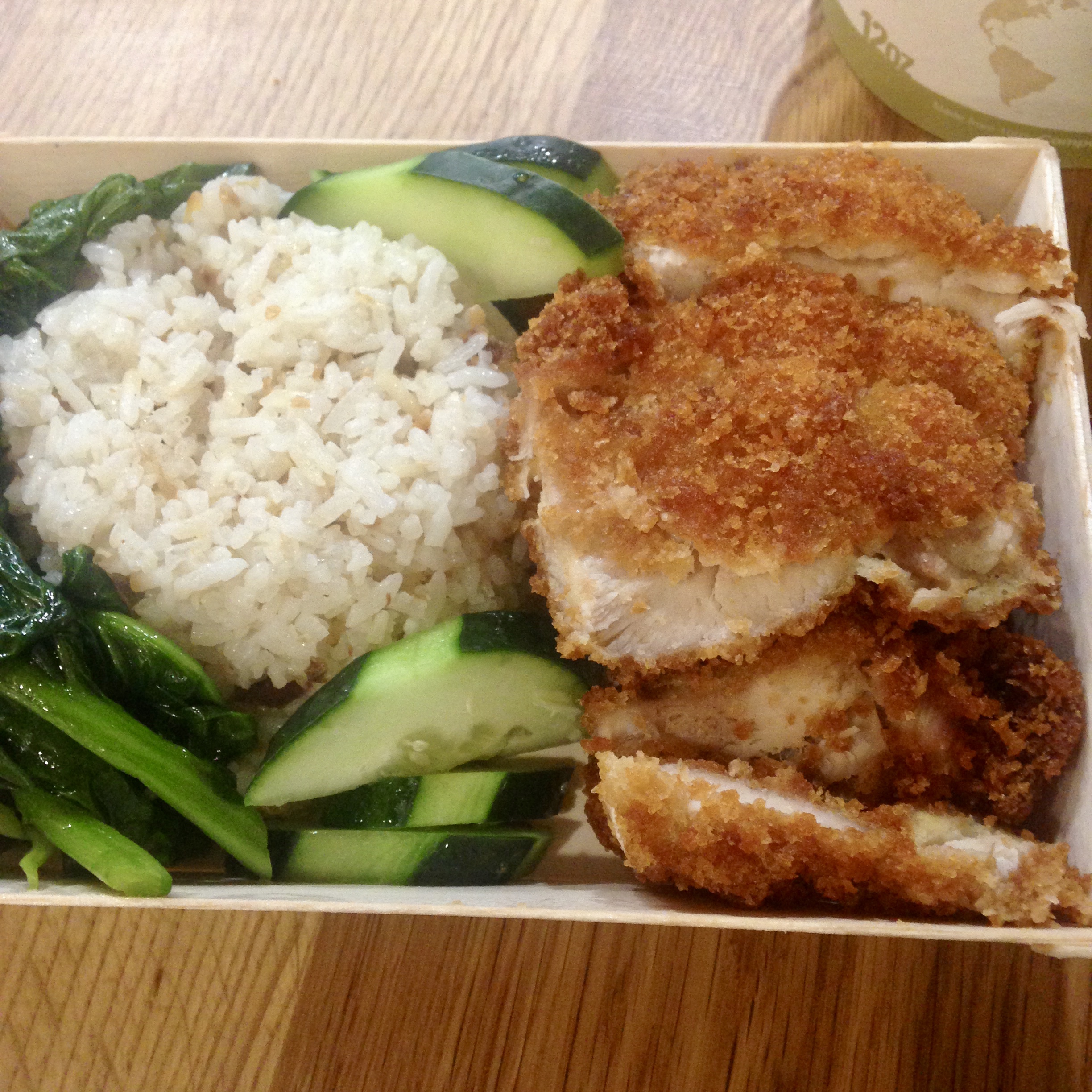