@hyperbowler created a wonderful Regional Chinese roundup for the Bay Area. I was toying with the Yelp API the other day and downloaded the listings for restaurants serving cuisines from the Indian subcontinent (Indian, Pakistani, Sri Lankan, Bangladeshi, Nepali) in the Bay Area as well as basic information about each restaurant available from Yelp. Originally I was thinking about potentially doing a mapping/ classification of the restaurants by Indian states/ countries similar to the provincial classification that Hyperbowler did for the Chinese restaurants, with the goal of understanding better the regional specialties served by each restaurant and making it easier to find such specialties. But probably less ambitious and involved than the Chinese guide while still offer a certain degree of value from the effort.

The mapping part is quick once I figured my way through the API. But the classification part proved to be somewhat challenging as many Indian restaurants serve cuisines from multiple/ all states of India and don’t necessarily have a clear regional focus. Only in cities where there is a large population of Indian expats (e.g. Sunnyvale) do we get more precise focus, e.g. Gujarati, Tamil Nadu, etc.

Feedback requested from the group- what do you think about the challenges? And in general, what do you think is useful for you/ others in a project like this? I am trying to figure out use cases before deciding whether to invest time into this. Especially welcome is feedback from nationals from these countries.

BTW, downloading listing data from Yelp is pretty straight forward. So if anybody wants to play around with a different data set other than restaurants serving cuisines from the Indian subcontinent, I can share the steps needed.

Well, I lack a bit of motivation to go ahead with the project, but this new restaurant sounds quite interesting.

The Newab’s Kitchen in Fremont is serving Awadhi cuisine from the capital city Lucknow in the state of Uttar Pradesh, with certain dishes popular with the royal families. Cuisine with certain Persian, Central Asian influence.

From the Oyo blog:

The need for such a cuisine arose as the emperors, the Nawabs of Awadh, being inhabitants of Persia, were used to a certain type of diet which comprised of grains, dry fruits, fruits and vegetables available in that part of the country apart from various forms of meat. This style of cooking was further polished by the Nawabs by adding exotic flavors of saffron and other Indian spices.

The cuisine also bears similarities to the cuisines of Central Asia, some parts of Northern India and Hyderabad. The city of Lucknow thus became popular for its Nawabi cuisines. The chefs and cooks of the region invented the dum style of cooking or the art of cooking over low heat, which has become popular and synonymous with the city today. The city has an elaborate menu consisting of kebabs, kormas, roomali roti, warqi roti, zardi, biryanis and many more. 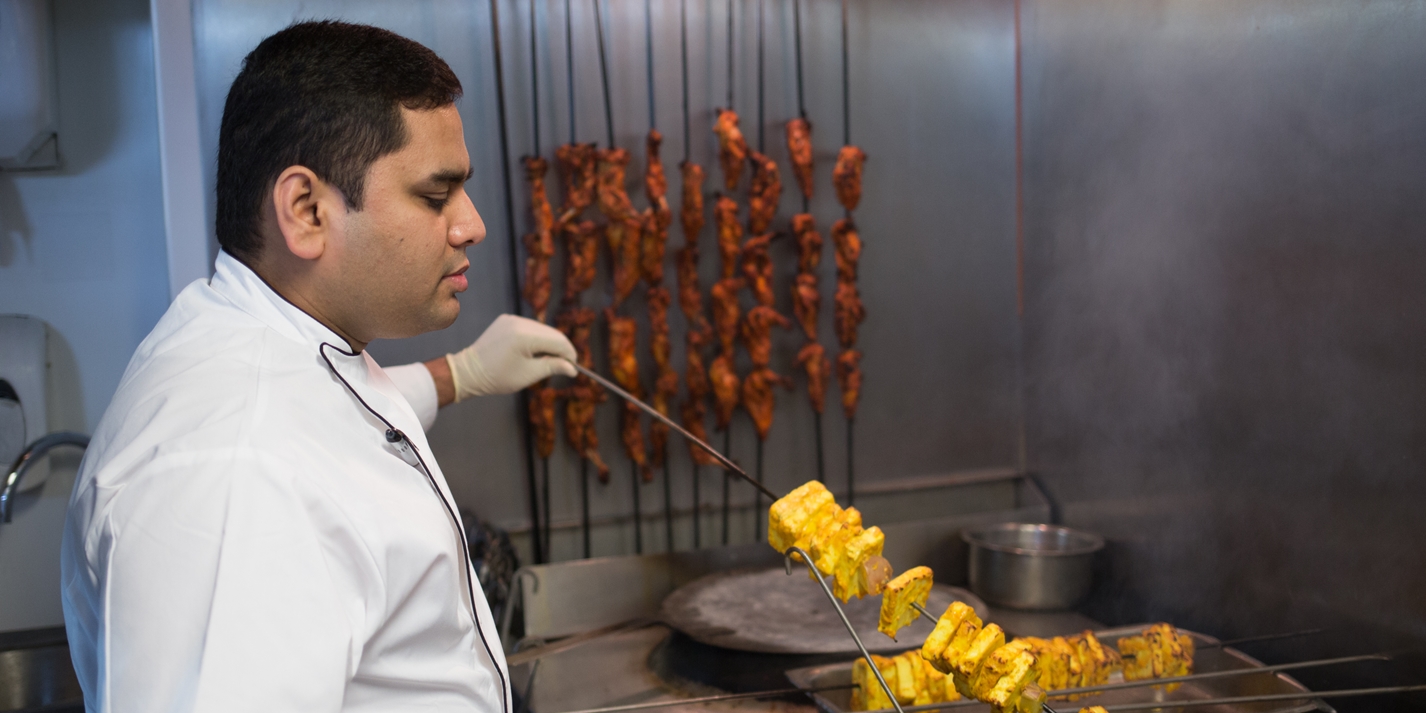