I dropped the other day to buy a loaf of bread. While there, I couldn’t resist the urge to buy a few other things.

Of the 4 items I got- banana date walnut teacake, pistachio almond teacake, gateau basque, fontina/ herb/ pepperoni biscuit- I thought the gateau basque was great with good flavor and texture, the pistachio almond teacake was good, the rest were ok. Given the premium prices, the ratio of hits were a little low, to me. Since its rather pricey to try many things on the menu, what do people like at Tartine Manufactory, both sweet and savory?

And it seems like one can’t get half loaves there, versus the original cafe. Is that the experience of others?

Had lunch at Tartine Manufactory in the Mission on a late Sunday afternoon. At lunch, you order at a counter and get a transponder for your table. I wanted to try their porchetta sandwich, but they had run out - it was near the end of their lunch hours, which end at 3:30 pm. So I got a lamb shoulder sandwich instead.

The sandwich was filled with lamb shoulder, radishes and something like a tzatziki sauce that was garlicky and tangy. Served with a harissa sauce on the side that wasn’t very spicy. Lamb was very tender and juicy, with a Moroccan(?) spice profile. A little too juicy - the bottom slice of bread was a little soaked in the juices and oil off the lamb. Despite this, it held up and the sandwich was pretty good. Helped that the bread was two slices of Tartine country loaf. Quite expensive for a sandwich (I think it was $16). The line at 3pm at least was much faster than the one at Tartine bakery usually is. 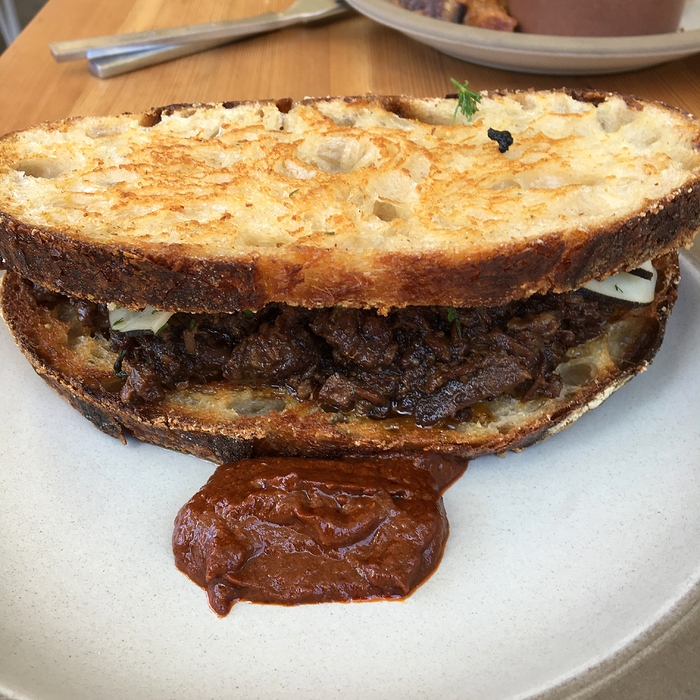 Tried their rice pudding last month and it was just ok. Looking around at what others were ordering at 3pm, I think I would try their savory foods. Possibly their soft serve.

The line at 3pm at least was much faster than the one at Tartine bakery usually is.

Anyone knows if the line at the bakery is shorter now that the Manufactory is open?

Is there anything from the bakery that one can’t get from the Manufactory?

I walk by Tartine Bakery sometimes on weekends and the line’s been as long as usual.

Going by the display case contents and menu in the Manufactory the times I’ve been, there’s a lot of differences between the goods available at the Bakery vs. Manufactory. In fact the pastry lineup is not the same at all from what I can see. You can probably get bread more easily at the Manufactory though.

You can “jump” the line at the Manufactory if you only want to buy bread to take away. When I bought bread they added a “Healthy San Francisco” fee on to my purchase.

their soft serve is really good! You can try the flavors before you pick one. Flavors change often. I tried the Fior and the Coffee, both fine 11/9/16. I got Fior di Latte - cream flavor ice cream mixed with Matcha (green tea), and you can pick 1 FREE topping. I wanted Concord Grape flavor but it wasn’t available when I went. Got it in their housemade waffle cone. Think it was $4+. 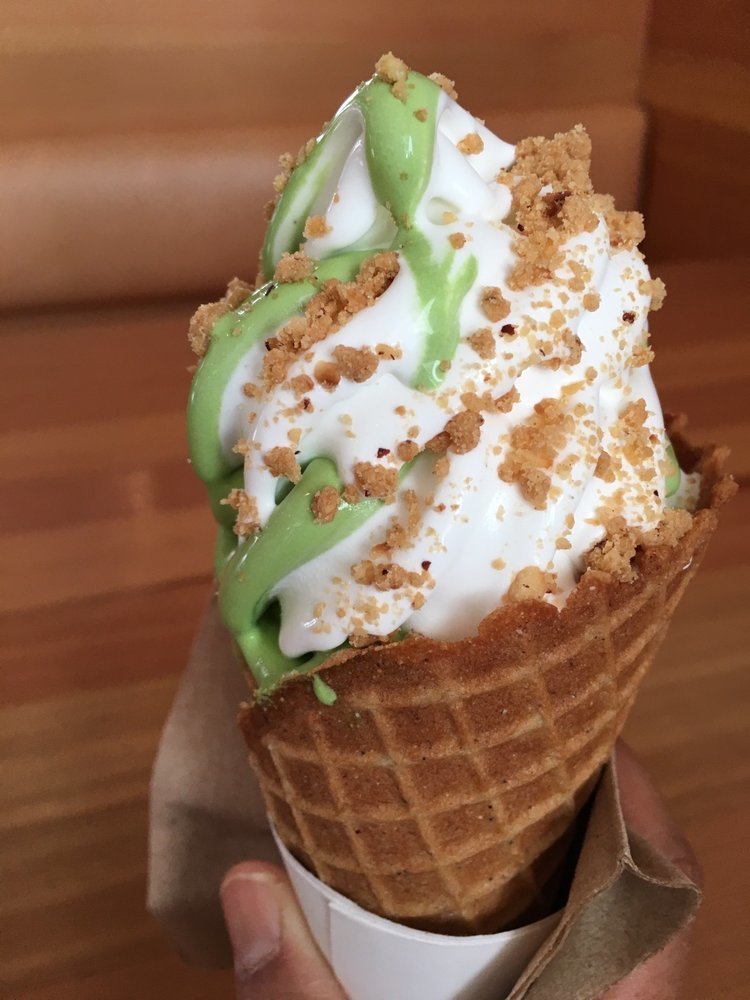 Tried their porchetta sandwich on the lunch menu. It’s on a round hamburger style bun, with medium slices of porchetta with the crispy rind still attached. Has watercress and salsa verde. The porchetta was room temperature and had a good amount of fat. It was an ok sandwich, nothing really stood out. Also quite small for $16. Probably wouldn’t reorder. 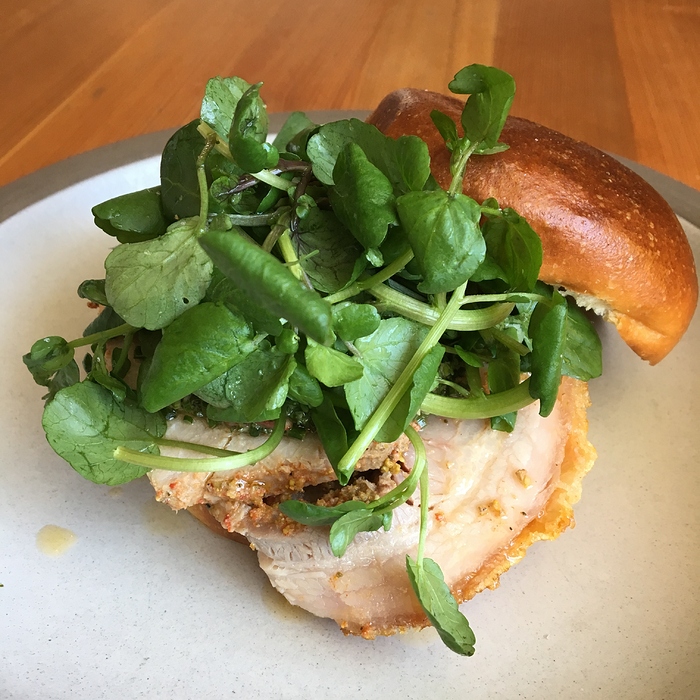 Is there any reservation/ walk-in strategy good for snatching a table during the weekend? I am not a planner and there’s never been any available tables for the weekend a day before. Is the wait long if we walk in?

I’ve never been wowed by their sit down food offerings but god damn is their soft serve good (bread too).
Strawberry vanilla swirl - tastes like fresh strawberries and cream. The coco nib thing was an unnecessary distraction. 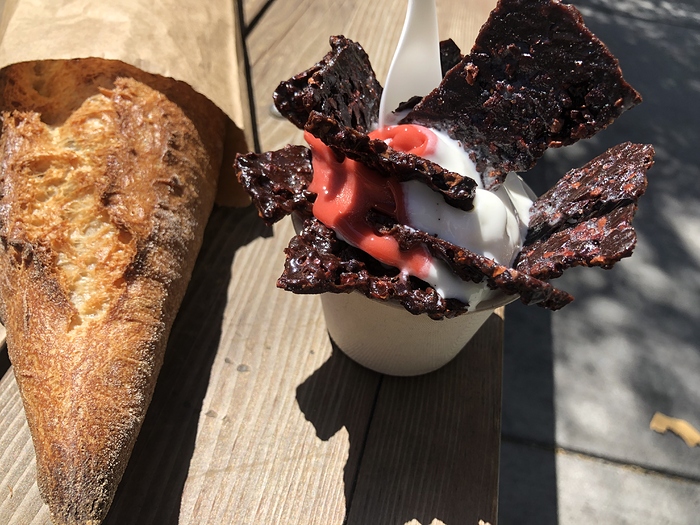