Not sure why I never posted about the newish Alimentari Aurora, but we went in January and they had great sandwiches. Wanted to post about it but just slipped my mind.

Aurora was named after the owner Dario’s grandmom. Its your corner (mostly) Italian (gourmet) supply store that also serves a limited lunch menu (and now dinner as well). We came on a weekday. Its a small shop. We came around 11:30 and got to chat with Dario a bit.

He was born around Turin in the North, but have family connections in the southern end of the country. The man was an interesting character. He used to teach in a college in the city. Obviously he’s not doing that any more. He’s friendly, and articulate. Asked about what Italian restaurants he liked in the city, he said he didn’t really eat Italian in the city because they were kinda meh. Pushed a bit further, he said he liked Cosentino’s Cockscomb. He said La Ciccia’s fine, but every neighborhood restaurant back home is similar (sorry @Chowseeker1999

). Well, I am glad the man was picky, and it showed in his paninos. 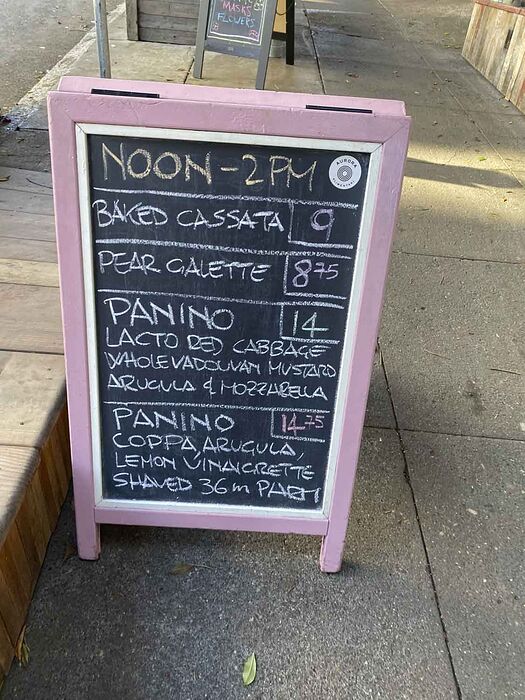 Since the lunch menu is essentially a panino with meat, a panino without meat, and a couple of dessert options, so we tried everything plus some more.

Dario sure took his dear time. He made clear to us lunch would only be available at noon, the advertised time, even if we ordered at 11:30. Not really sure why, since the lunch looked to be already ready. We were in no particular hurry, however, so we were happy to chat with him for half an hour and browse.

Those paninos were fabulous. They were some of the best sandwiches I had in recent memory. Forgive my crappy pictures as they don’t really show much inside the sandwiches. We were too busy eating.

This was the panino with coppa, arugula, with a lemon vinaigrette and 36 month aged parmesan. First, as you can see, the bread was great. Too bad I forgot to ask him who baked his bread. The combination of the ingredients just worked really well with the savoriness / saltiness from the coppa, peppery taste from the arugula, and of course, good, nuanced aged parmesan. 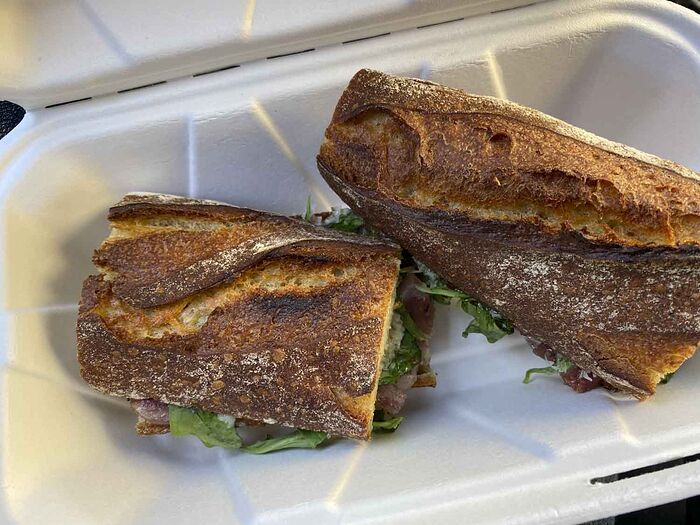 I was a little weary about the vegetarian panino since I am not a vegetarian, but I definitely didn’t miss the meat one single beat with the panino with lacto red cabbage, vadouvan mustard, arugula and mozzarella. That mustard was just divine. The cabbage was pickled just right. 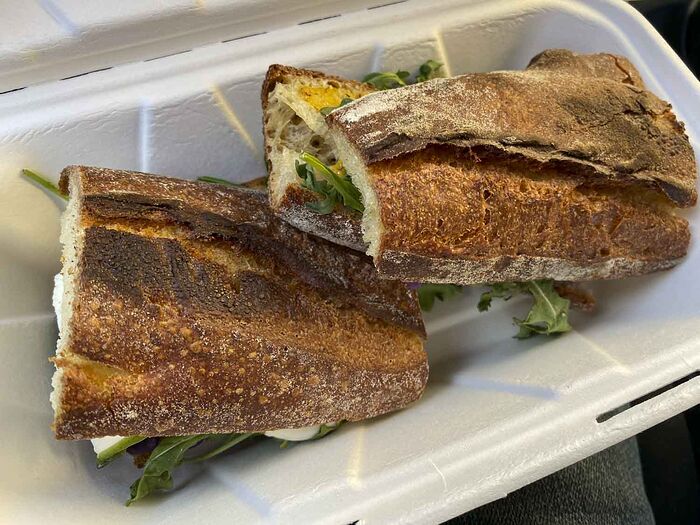 If I had to nitpick, the paninos were small. So make sure you buy enough. 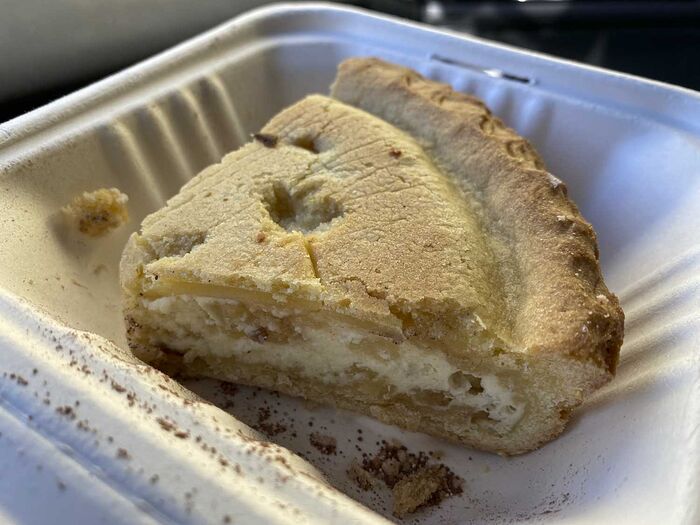 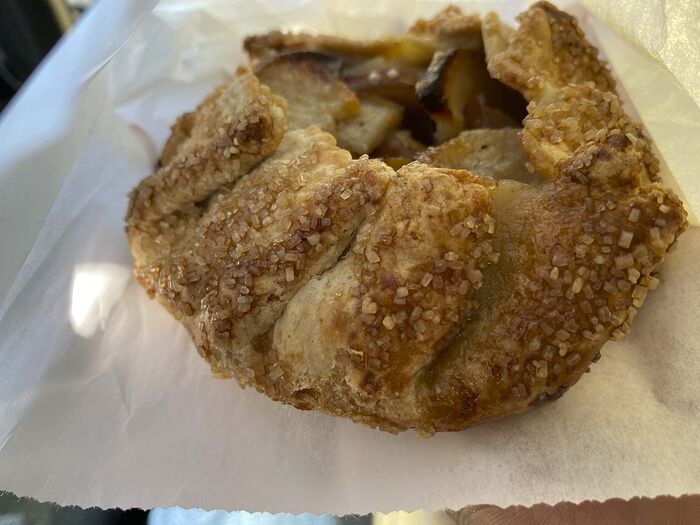 Its been a few months so I don’t really remember much about the baked goods other than that they were decent. The paninos remained the highlight.

Dario butchering the Fiasconaro torrone for us. 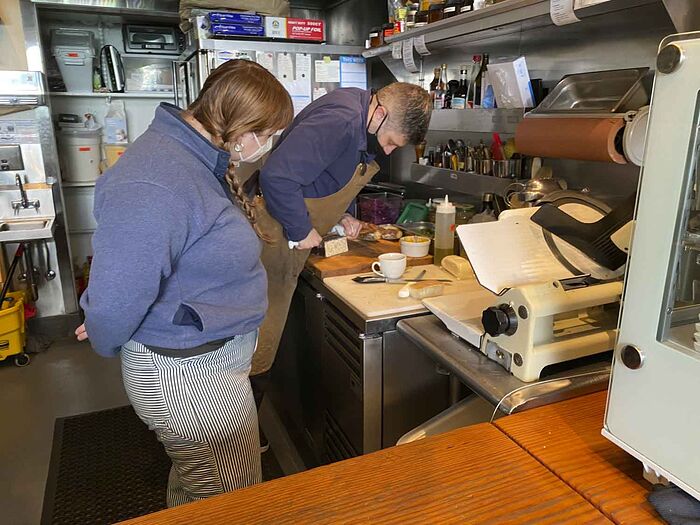 We also talked about panettone. He suggested the one of the Fiasconaros. I happened to have the Nocciole- not the exact flavor he suggested- just a few weeks ago then. Good panettone.

Also got a few slices of the culetello made from mangalitsa pigs. We asked for four. He just gave us another slice for free and shoved it to us for us to try in the store. Pigs with nuance…

Finally, we got some aranciata rossa from Tomarchio to wash it all down. That drink was addictive. 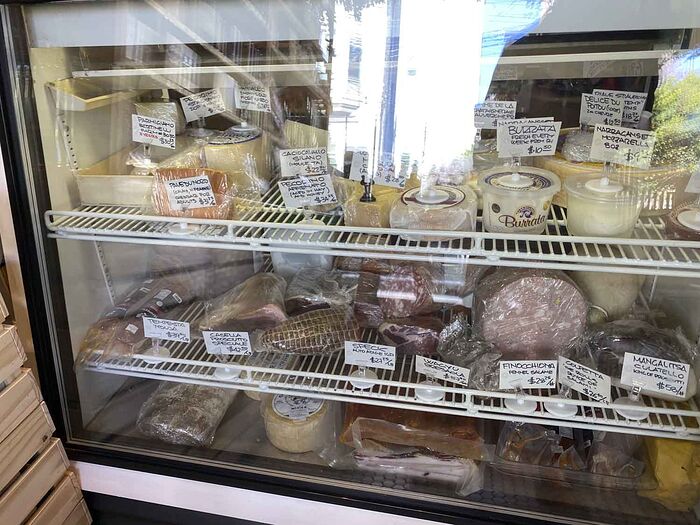 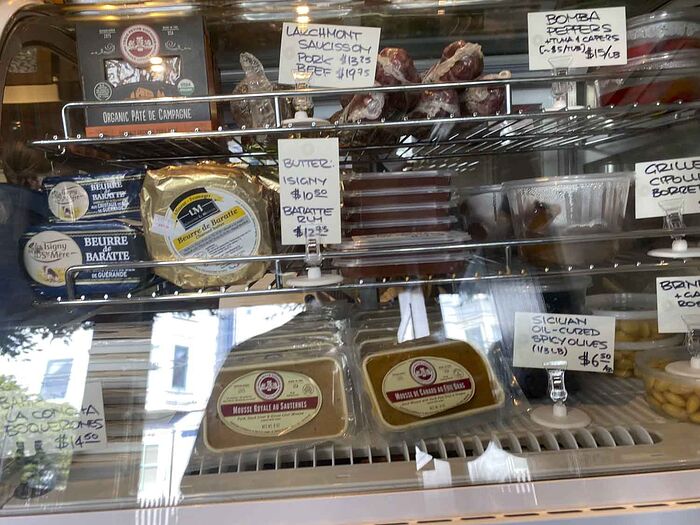 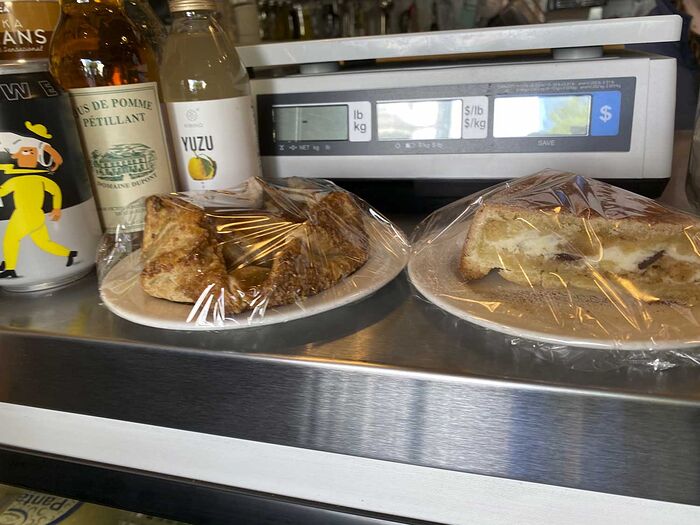 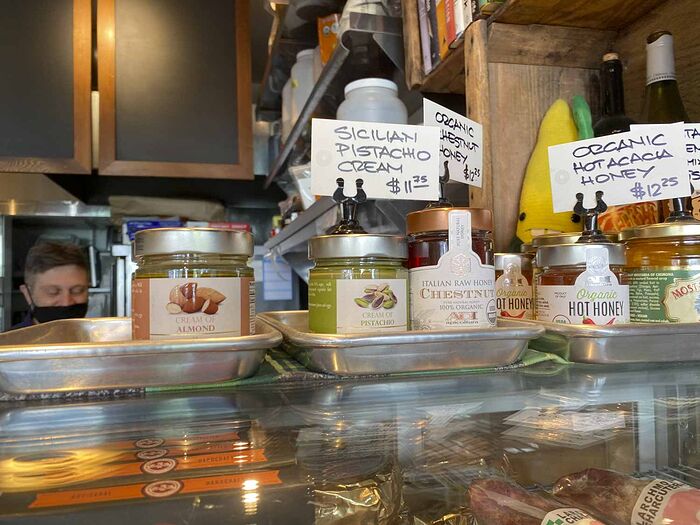 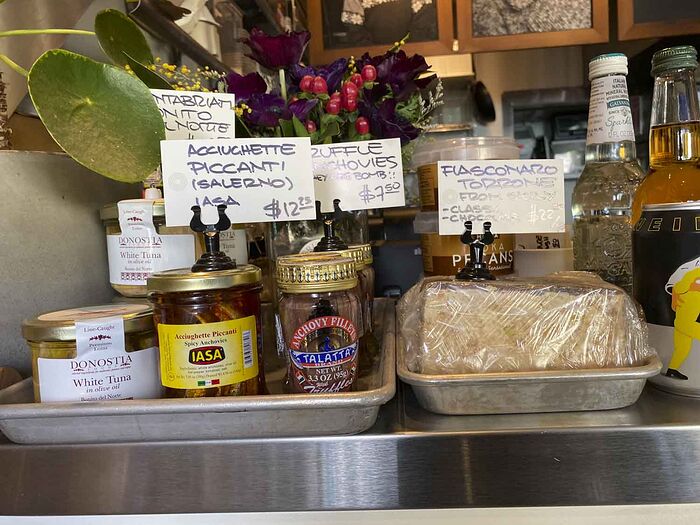 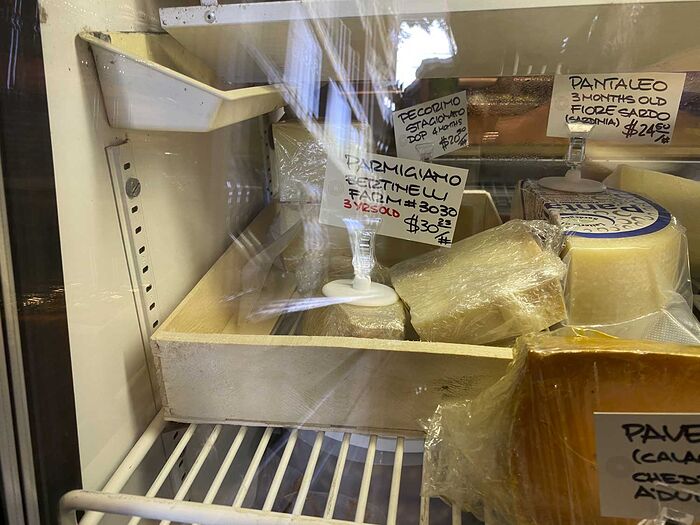 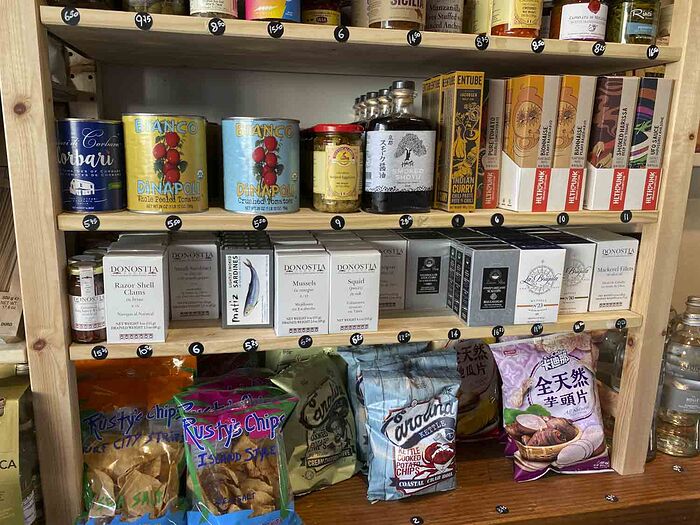 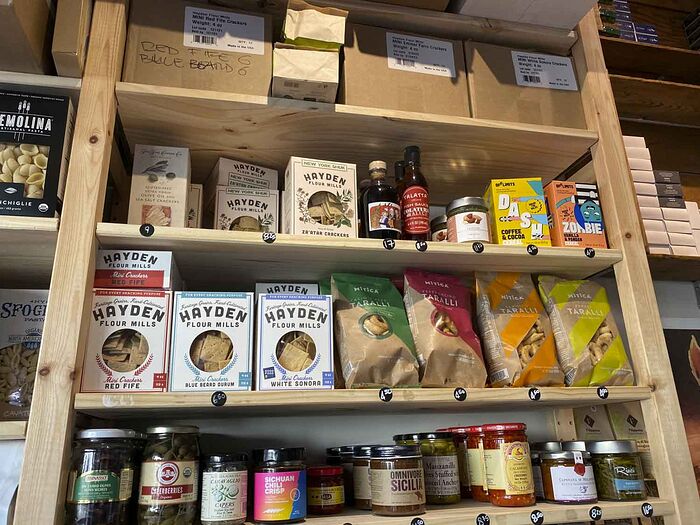 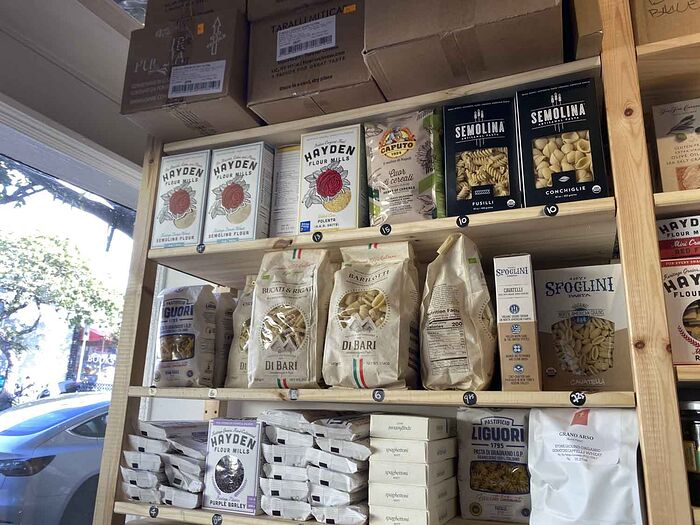 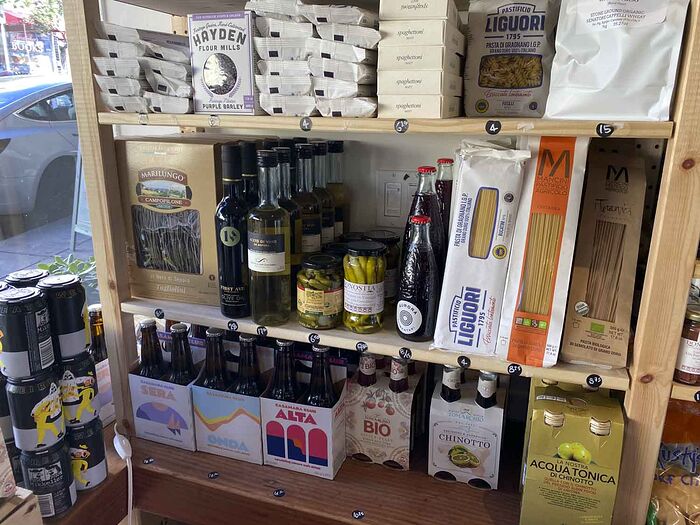 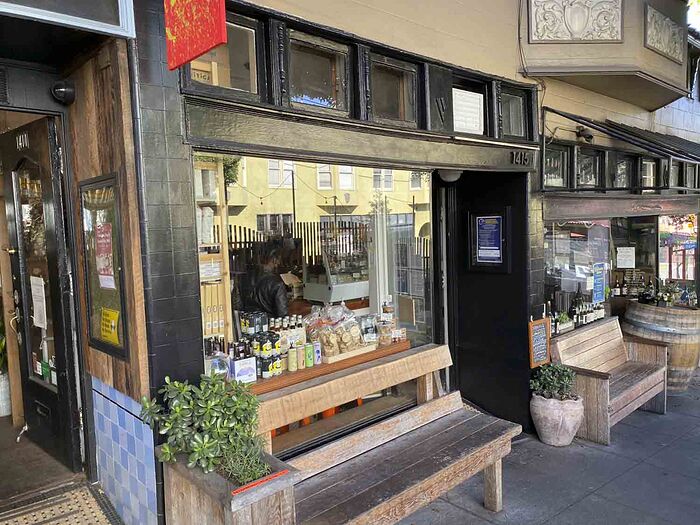 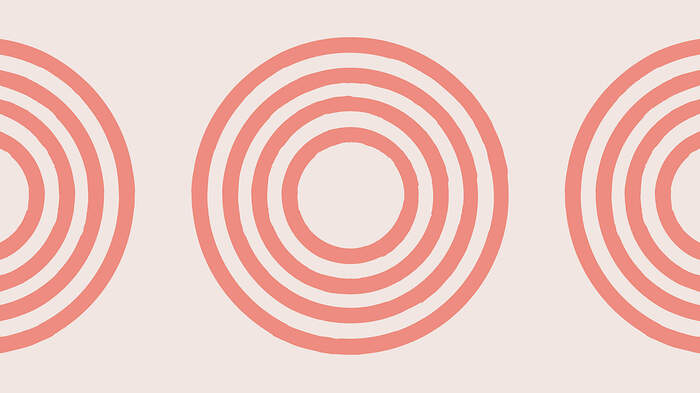 Not in the Mission. It’s on Potrero Hill.

Looks great - did he say were he gets his bread, it looks really good.

Looks like a fantastic little spot, and the sandwiches sound wonderful.

Oh, I have no doubt that back in Italy, Dario must know plenty of great restaurants that exceed La Ciccia.

But I’ll take what I can get here in the States!

It’s the same with other cuisine: Some of the best Ramen here in the U.S. pales in comparison to great, top tier Ramen in Japan, etc.

I can’t wait to try this spot when I visit again. Thanks.

Wow, what a great find! i’ve been looking for a good, nearby place to get wedges of good parm regg since Lucca’s closed. Thanks for this report!

Great writeup. “Panini” is the plural of “panino”. 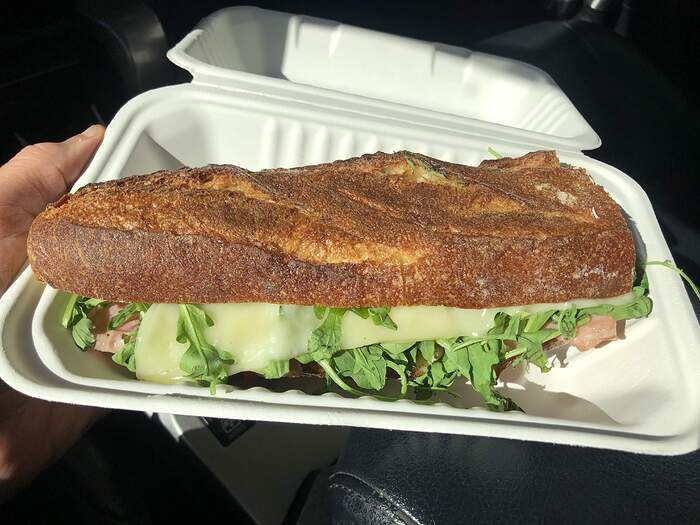 Good sandwich, high quality ingredients, slightly toasted. The picture makes it look fuller than it was though, it’s more of the French style baguette sandwiches you get in Paris with just a slice of meat and cheese. After tax and tip you’re in $16.75 and I’m not sure the QPR is there. But then again I’m a glutton and I recently had that massive sandwich at Palm City Wines that would feed two so YMMV.

i forgot to say that i bought a butter from Alimentari a couple months ago that was out of this world, hands down best butter I’d ever had, either here or in France. Rodolphe le Meunier’s Salted Churned Butter. It’s not cheap (can’t remember exactly, but certainly over $10 for 250 grams) but it’s so worth it. it’s actually more cheese-like than butter. 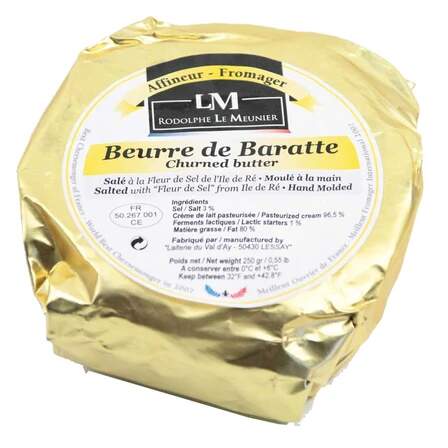 The ingredient descriptions are what I look for, but I had the coppa panino a few months ago and I felt the bread was really dense and hard that it didn’t work in the sandwich. Maybe the bread was stale, but it was a chore and kind of painful biting into it. I’ll give it another go, but my first impression was not good.

Has anyone tried their monthly cheese subscription? This seems to be a recent addition on top of their fish tin subscription, which has been around for a while. Does anyone know what are some of the cheese selection?

I joined two months ago. Here are the cheeses we’ve had so far:

I’m enjoying it. My in-laws gave me a gift card to pay for 4 months for Christmas. Not sure if I’ll continue after that, mostly because I live in the Richmond so Potrero Hill is kind of a hike, but the cheese has been good. I think only one of the above was something I had tried before. I saw Dario at the Cheesemonger Invitational on Sunday. Looking forward to trying more of his selections.

Thanks, so its stuff that are not as often seen. $25 for 2, 3 cheeses seem quite cheap. What’s the size of the chunk? Just enough for a cheese board?

I think they’ve each been around ~1/4 lb chunks? But not sure. I’m picking up another round this weekend I think, so I can measure then.