It’s an eastern European place in the old Farina space from various folks who used to be at Nopa and Liholiho. I happened to walk by and see it was open and checked it out. I liked the blood sausage quite a lot, and the stuffed cabbage as well, although I’ll eat basically any eastern European stuffed cabbage dish. Generally pleased by the desserts (a frozen kefir sundae, and a millet cake with pluot jam).

There’s a spinach dip with walnut butter and a Liptauer cheese dip - neither comes with anything to eat the dip on. We ordered the langos separately, which works fine, but it’s a bit odd to not include something with the dip. The langos is basically fry bread, but with no garlic, unlike some other langos I’ve had before. I thought the spinach was fine and liked the walnut butter a lot, just be aware that you probably also want to order the langos.

Dining companion was not overly enthused by the lamb merguez and feta meatballs - they were totally fine, but didn’t impress the way the blood sausage did.

Some interesting cocktails with things like dill infused manzanilla in them, and some uncommon liquors up behind the bar - some wheat and rye vodkas I’ve never seen, a collection of Reisetbauer (plum, cherry, pear, carrot…Reisetbauer makes some good eau de vie), various eastern European liquors I’ve never hard of, as well as some weirdly expensive stuff (Van Winkle 12, Octomore). 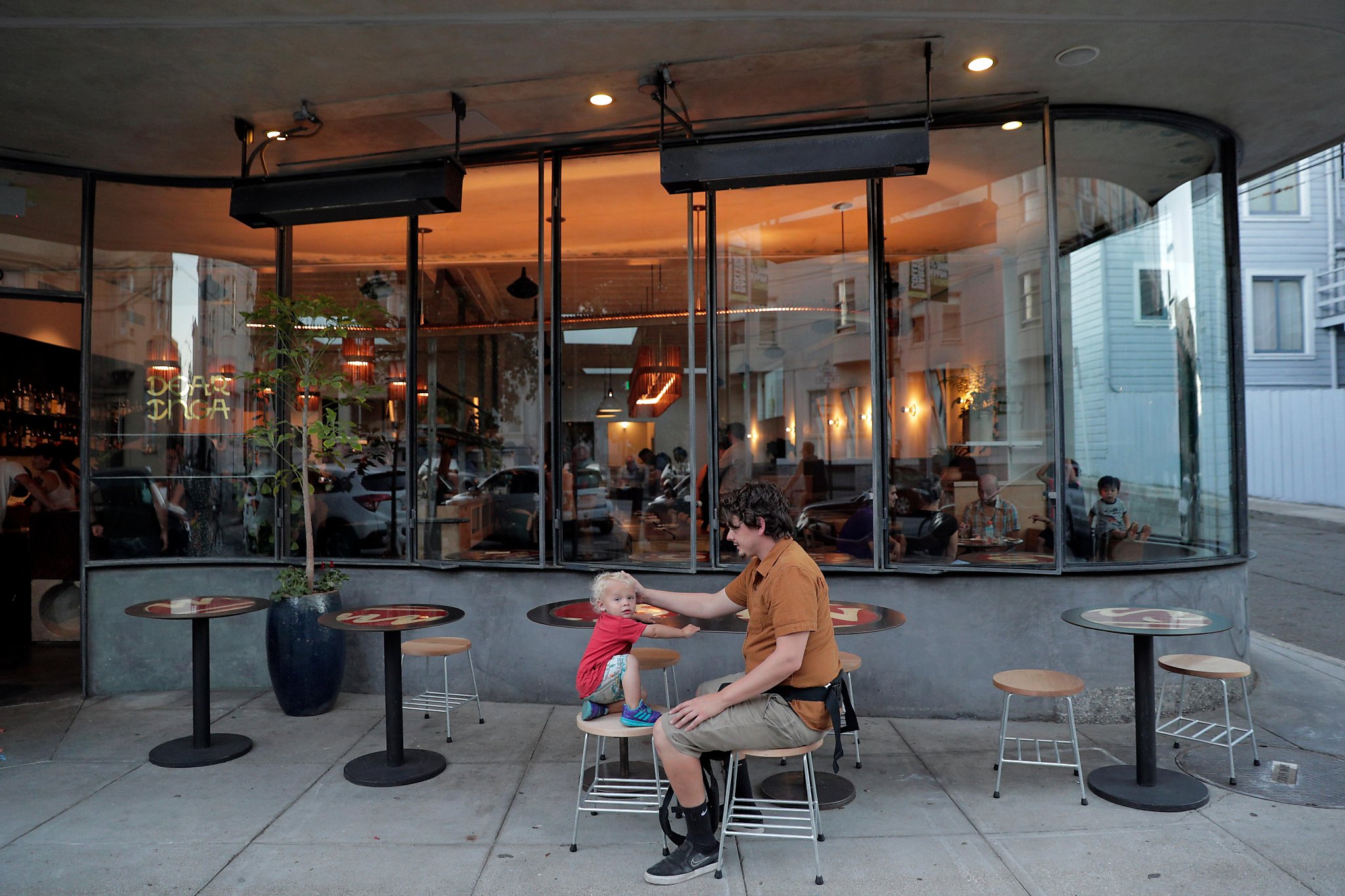 I read the Chronicle. Its interesting that they said they traveled to Georgia to develop the menu. If that’s the case, this would be the third Georgian or Georgian-inspired eatery in the Bay Area in the last 2 years- after Bevri and Kolkhida the truck.

I read the menu here: 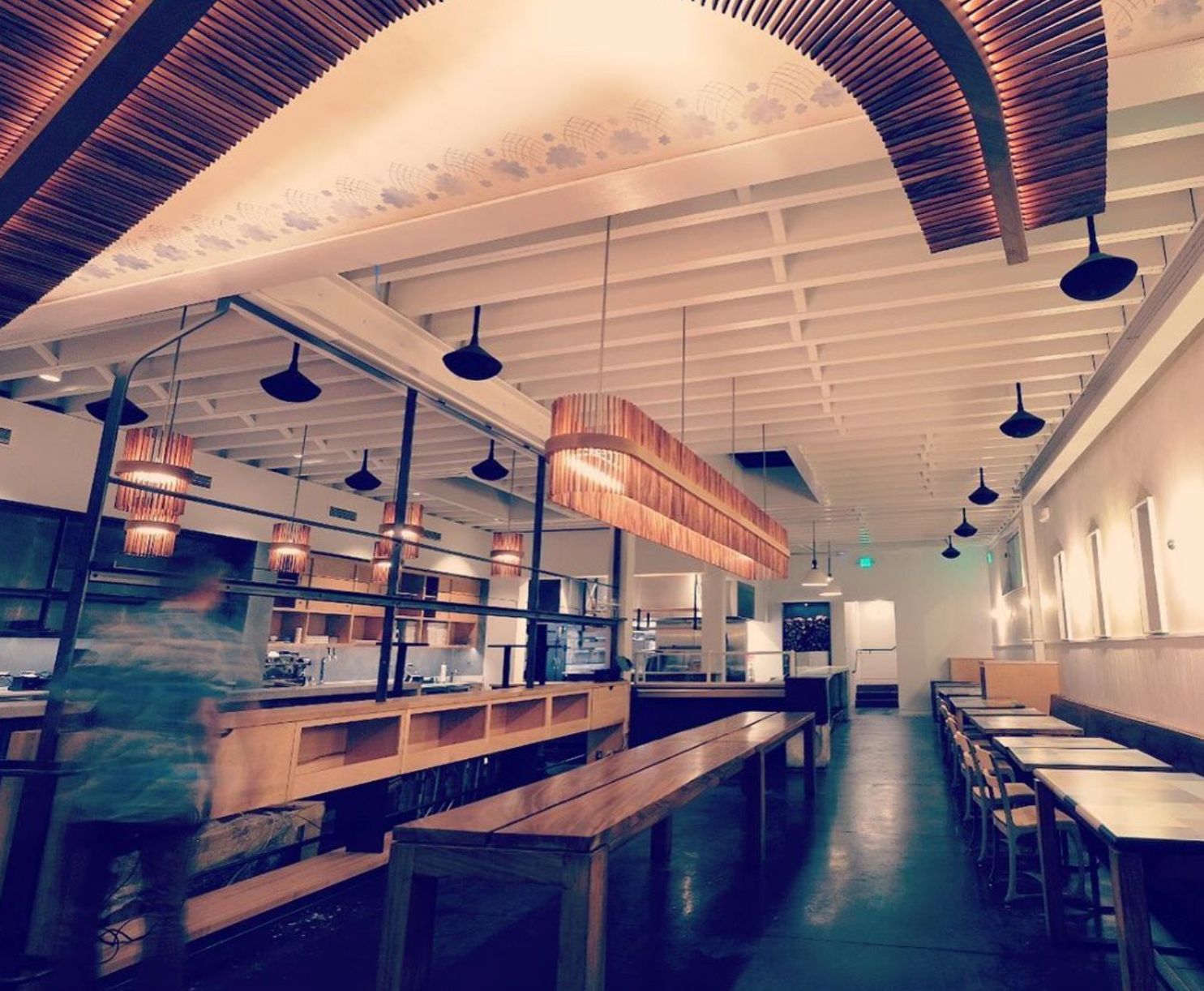 Check Out the Menu At Dear Inga, the New Eastern European Spot Now Open In...

The hotly anticipated new Mission restaurant from the team behind Liholiho Yacht Club and Nopa, called Dear Inga, is now open in the former Farina space on 18th Street between Guerrero and Valencia.

Maybe the problem for me is that neither of Dear Inga’s chef’s grandmothers, after one of whom the restaurant is named, were Hungarian. Mine was and, damn, I know what a Rigó Jancsi is and that “chocolate cake with fig jam, fig leaf cream, fall fruit” is no Rigó Jancsi (see photos). That desecration of one of the high points of one of the world’s greatest confectionary cuisines was the low point of an otherwise pleasant experience at Dear Inga last night.

The restaurant is proud of their house made sausages which are excellent, but, frankly, not better than Rosamunde’s which are available near by in less charming and chic environments. We had the blood sausage, which to me was a first class bratwurst, black instead of white; not anything like the French/Italian/Argentinian wonders of this classic.

The Manila clam and pork in a wonderful dill flavored soup was nice. The high point was a marvelous smoked Cornish game hen grilled over wood along with a big portion of Treviso and highlighted by an interesting pomegranate/walnut sauce (I would have like more).

Smoking and wood grilling seems to be the strong point here and that’s what will bring us back for a second look. Maybe the small portion of Hungarian liptauer cheese spread with pesto and eggplant (why?) for $14 plus more for a langos (fried bread) will be worth it.

Ravi Kapur, one of the partners, was visible at the kitchen counter watching every order. I was wishing that more of the depth and originality of Liholiho was also present.

This is a Rigó Janci:

This is not a Rigó Janci, what Dear Inga served:

I couldn’t get your pictures to show. Mind using the upload button? (The arrow pointing up icon)

This is a Rigó Jancsi: 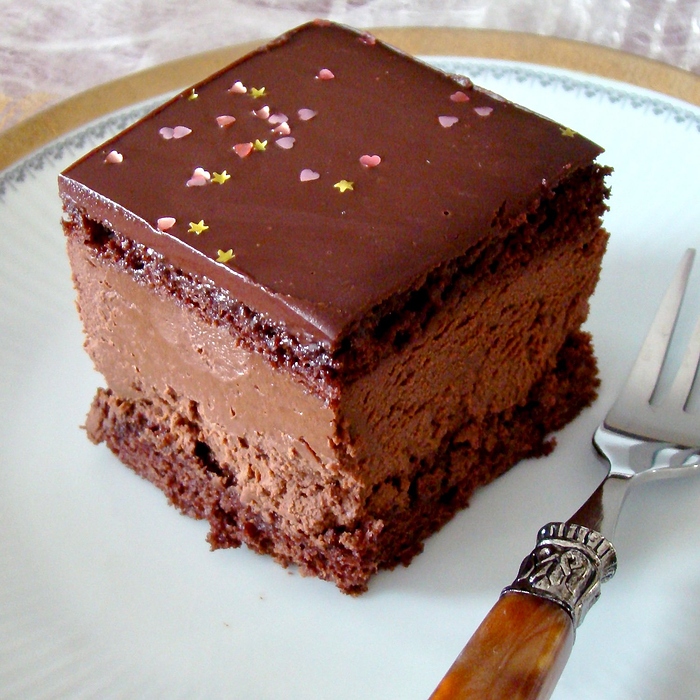 This is not a Rigó Jancsi — but what Dear Inga labels as such: 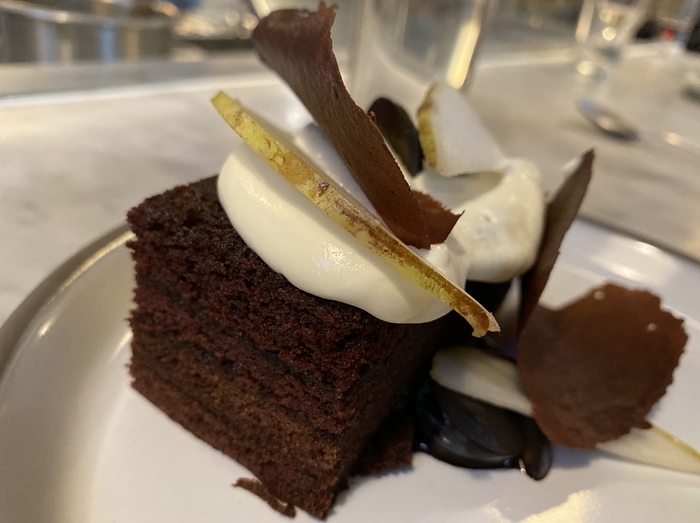 [Apparently could not edit after threads merged. Sorry I missed up arrow icon next to image icon which I incorrectly used in original post. Sigh.]

Here’s my review for Mission Local. We loved our second visit there. Disappointed in the Rigó Jancsi as well, and agree that they shine at smoking and wood grilling. 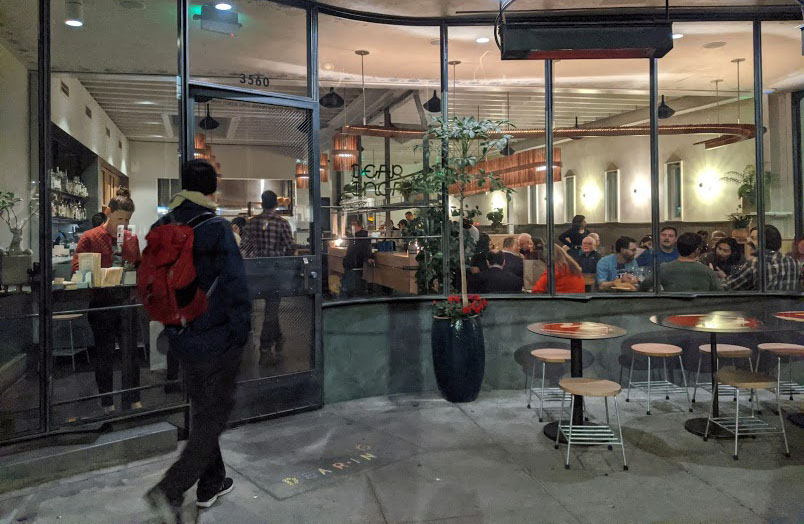 Dear Inga, an Eastern European/Georgian restaurant, moved into the space that was the much troubled Farina. Chef David Golovin (Spruce, Nopa, Rubicon)

Thomas, you’re killing me with the photo of the Rigo Jancsi. I used to make it from the old Time-Life Vienna cookbook. It took HOURS and seemed to dirty up every pan I had at the time, but people literally swooned over that cake!

It is still, to us, the greatest chocolate cake ever.

We’re in the EBay so occasionally drop in to Mama Papa Lithuania, in Alameda. Good cabbage rolls and their sour cream 9-layer cake is a winner. The chairs, however, are instruments of handmade torture, according to my aching back, LOL.