here’s the review i did previously for Mission Local. I’ve been doing take-out reviews almost since the beginning of the pandemic. 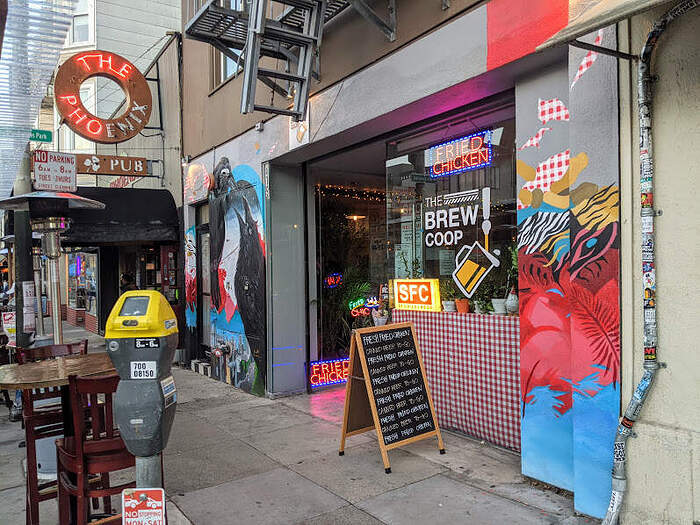 SF Chickenbox in The Brew Coop – Could this be the Best Fried Chicken Yet? -...

To repeat myself, this chicken is even better than Crispy Crunchy (gas station) Chicken, hand to god. We don’t often do repeats of restaurants that I’ve reviewed because there are just too many good ones in the Mission (Lolinda is an exception, we’ll continue to go back there always), but the fried chicken here is just about perfect.

i’m also a sucker for their mochi muffins (didn’t make the pic this time). 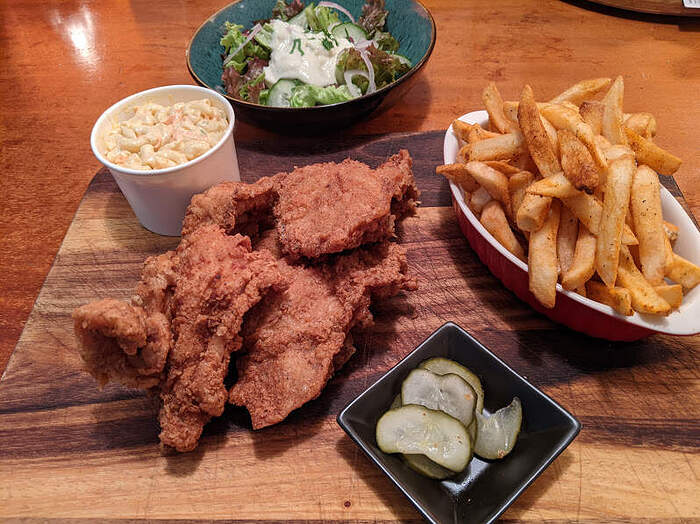 Thanks for linking your review! I had SF Chickenbox for lunch today via delivery, and it was quite good. I got the chicken box with fries as the side and added the moombah sauce, which is apparently inspired by mumbo sauce, a sauce from Baltimore that resembles bbq sauce. The chicken was nicely spiced on the skin and still crispy after the journey. According to the menu description it has 2 pieces of chicken, but my box had 3 - a thigh, a wing, and a drumstick. The meat was also juicy and nicely flavored, maybe they use a brine or marinade. I should have listened to the review and gotten something other than the fries though (the other sides are a macaroni salad, coleslaw, or plain white rice). The fries, which are seasoned with Old Bay, were ok and plentiful but a bit soggy from the delivery. Think I will try the mac salad next time if I get the chicken box. The pickles that came with were thinly sliced and a nice acidic counterpoint to the fat from the chicken. I also enjoyed the muffin which was kind of like a slightly chewy cornbread. 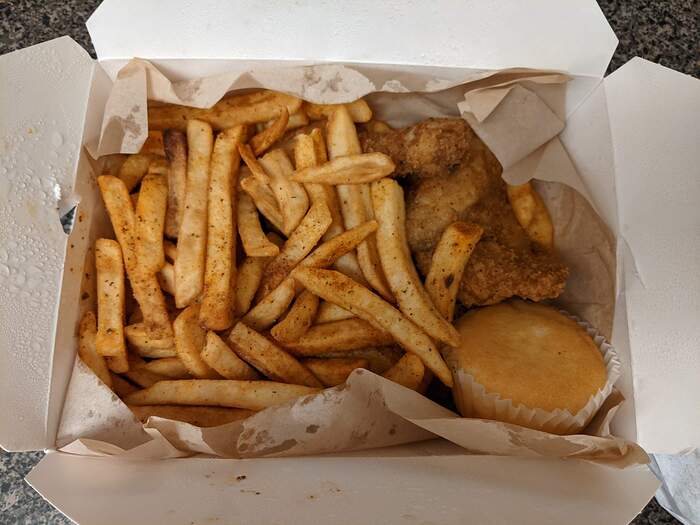 On a plate with about half the fries: 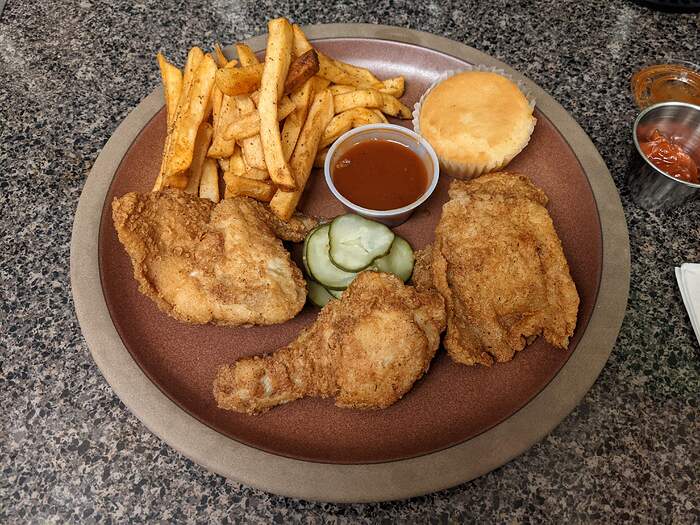 Based on the review we also got the 2 Birdz fried chicken (only chicken, since the sides did not seem special) and also got 4 Mochi muffins.

Ordering was quite smooth and easy via square. Pickup was quick, though a bit confusing, since the place next door is actually a fried chicken place also, and this place is within a brew coop (some friends picked up, so they were not aware)

I would say the chicken was good and solid, not great. Was super moist, I liked the flavoring in the batter. We ordered dark meat only and they satisfied the request quite nicely. The wings were a lot more besides just the wing, which was good. Overall a solid offering, and I think we liked it as much as our regular order at frisco fried. Couple of advantages that frisco fried has: Great sides (collard green, red beans and rice, garlic noodles), and you can also order fried fish there (which I think is even better than their fried chicken)

The Mochi muffins were just ok. We normally get Mochi muffins from third culture, which is a high standard to meet. We also make them at home. so this was more like what we make at home (maybe a bit worse). but not as good as third culture