Seven Hills is a Cal-Italian restaurant that (for me at least) kind of flies under the radar. It got a little press recently mentioned as a favorite of NBA coach and noted gourmand Gregg Popovich (http://www.espn.com/nba/story/_/id/26524600/secret-team-dinners-built-spurs-dynasty). In Nob Hill on Hyde Street, the Powell/Hyde cable car line passes right by it. It’s a small restaurant (not quite a hole in the wall as described in the article, but close) with a small 4 seat bar, and you should probably make a reservation - I noticed a few people being turned away on a Sunday night.

Maccheroncelli ($20)
Started with the maccheroncelli. This was really good and the highlight of my meal. Delicious al dente pasta that were shaped like short twisty rigatoni. The simple tomato sauce had a lot of umami and tomato flavor. I wonder what they put in it to make it so savory. A slight bit of heat as well from the chili peppers. It was topped with a mound of some creamy fresh ricotta and some parmigiana. 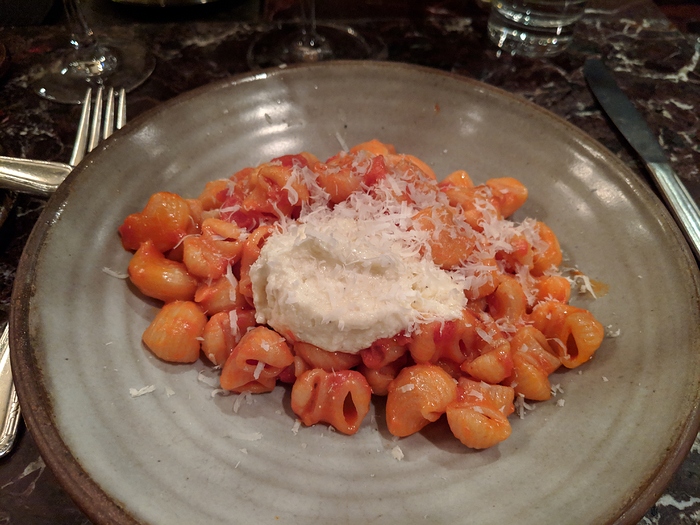 Market Fish ($34)
I had my eye on the pork chop but was steered away from it - apparently it is a large portion that was intended to be shared. So I had the fish instead.

The fish of the day was an ocean trout, similar to salmon. Good, perfectly cooked fish. The skin was seared so that it was crispy, and the inside of the fish was nice and rare. It was served with a nice creamy pea risotto and some bright fresh tasting pea shoots. Tasted like spring. 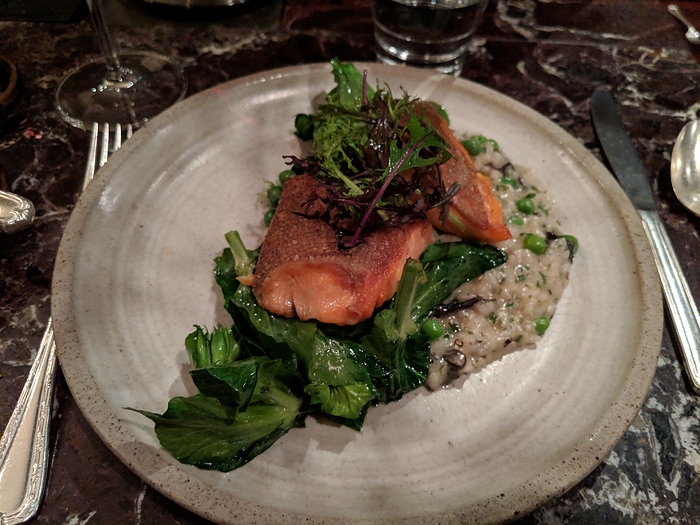 Strauss Panna Cotta ($10)
For dessert I had the panna cotta, which was nice and light and refreshing. Topped with a few rhubarb slices and a little cookie. 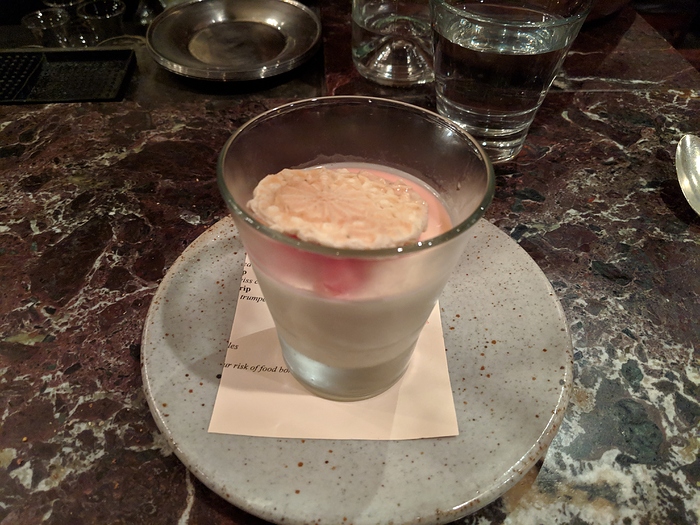 Very friendly service with some good wine recommendations. Will be back for more of the maccheroncelli and to perhaps try some of the other pastas. My main course was good and well executed but didn’t wow as much as the maccheroncelli. 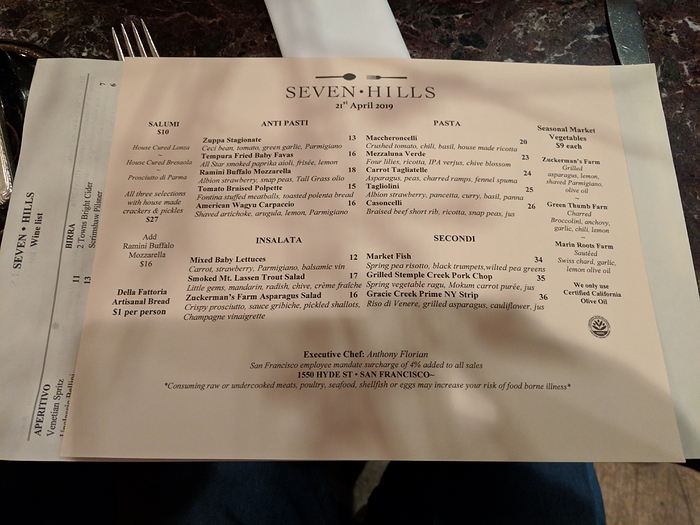 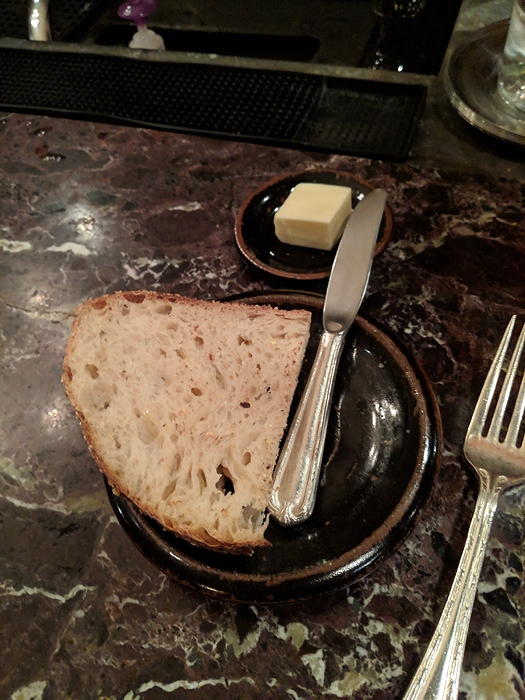 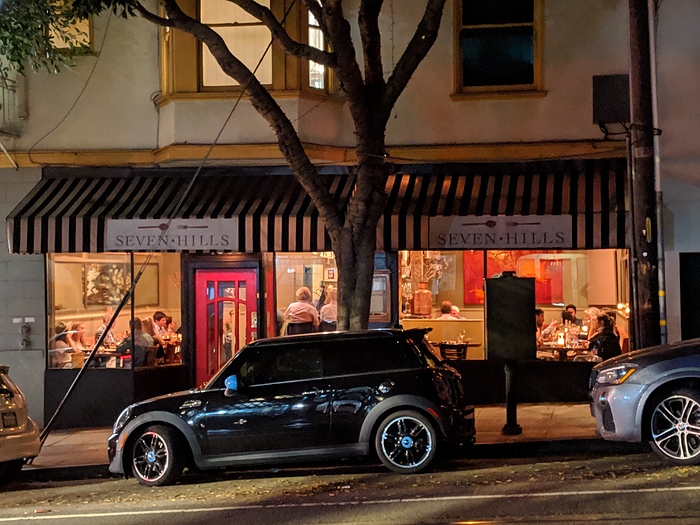 Seven Hills has moved into where Stone’s Throw used to be. It’s a bit roomier and also a bit darker now. I went back for dinner at the bar.

Started with a free amuse bouche, a little puff pastry stuffed with a cheese filling. 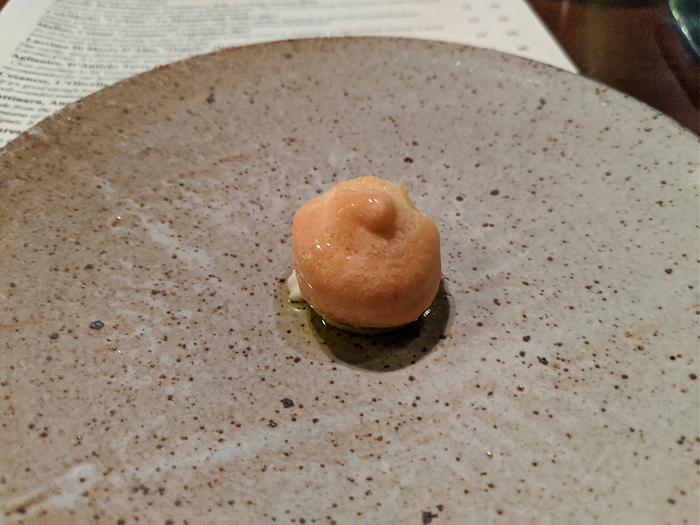 Next I had the meatballs stuffed with fontina cheese ($16), which were quite good. Tender meatballs with a molten cheese center. It was sauced in a simple tomato sauce and served with a piece of grilled polenta bread, which was nicely charred and had a texture similar to potato bread. 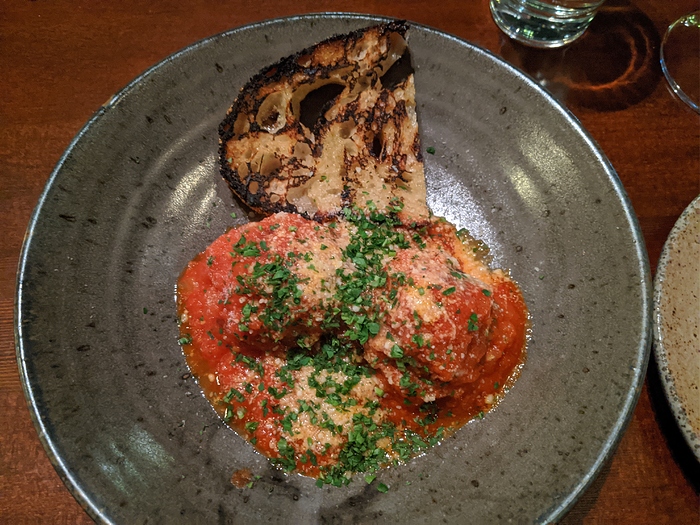 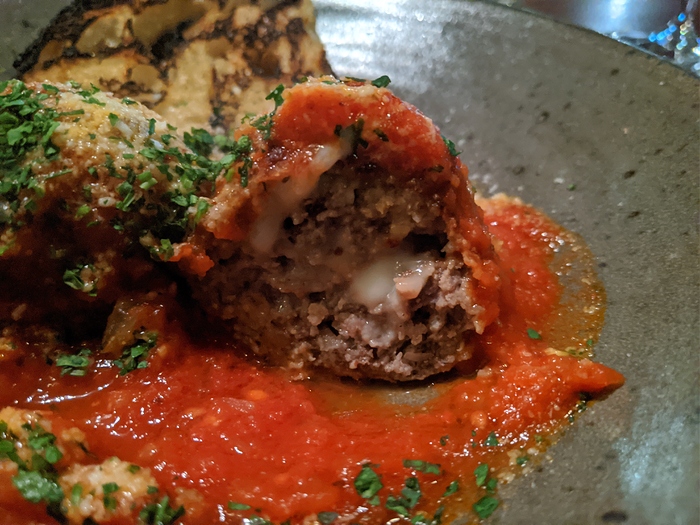 Then I had a special off the menu, a stuffed pasta filled with ricotta and black truffles ($35), in a truffle butter sauce. This was delicious. The ricotta truffle filling was very smooth and had a lot of truffle flavor, which was enhanced by the truffle butter sauce that I spooned over the pasta. Nice toothsome wrappers. A bit expensive but there were truffles in it I guess. 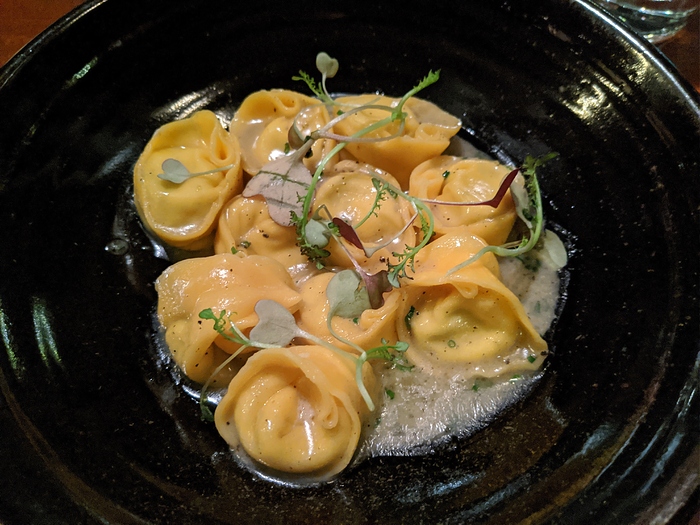 For dessert I had a date cake with chantilly cream ($12), which was a special that day. Nice dessert. Not very sweet, and moist and light at the same time. A little similar to the lumberjack cake at Frances. 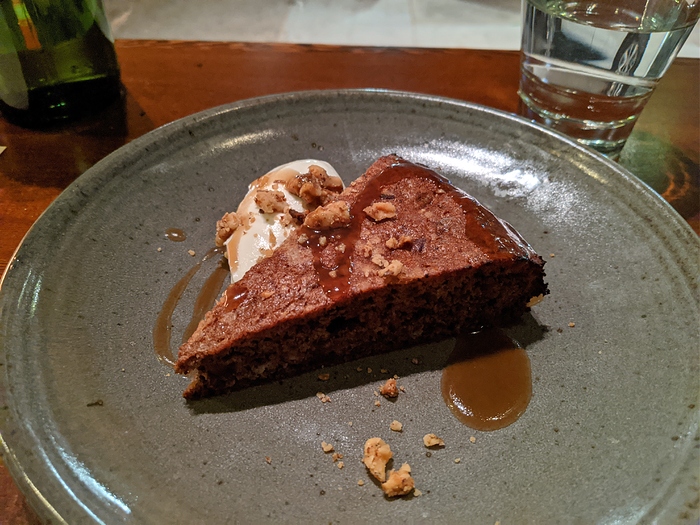 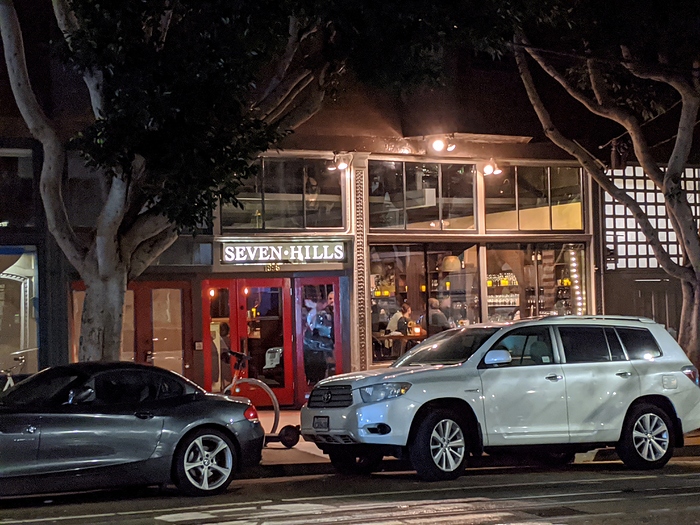