Had lunch at Il Corvo in Seattle’s Pioneer Square neighborhood. They don’t take reservations and are only open for weekday lunch. You order at the counter and bus your own table. It’s very popular - I got there about 15 minutes before they opened at 11am and there already a long line. It did move quickly once they opened the doors though. Seating is first come first serve. Pastas are very reasonably priced, all about $10. There were three pasta dishes on the menu that day. Had the pappardelle alla Bolognese, which was great. Toothsome pappardelle and meaty sauce, with lots of parmigiano reggiano sprinkled over it (almost too much if that’s possible). Really good texture in the pasta. Also had a glass of red wine, which is on tap and was also very reasonably priced ($4). 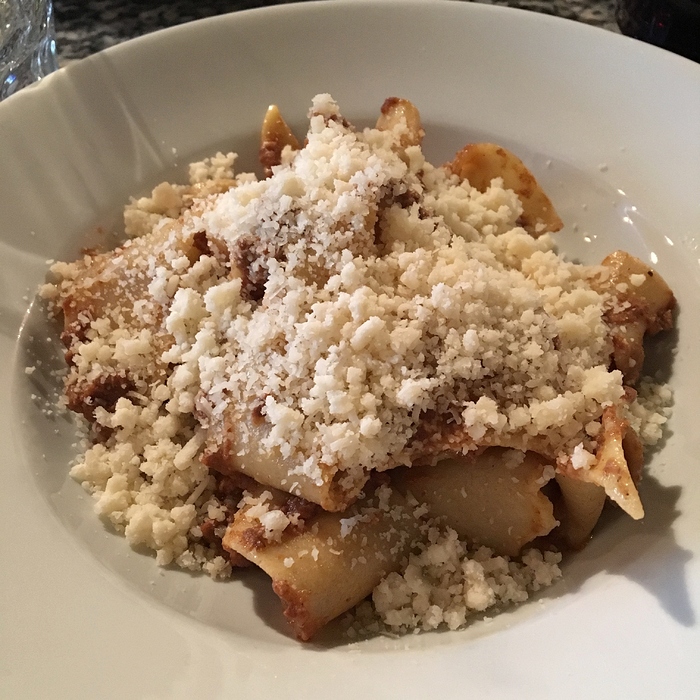 Looks good. And yes- that is a s-load of parm, which might be a bit over kill?

Yeah it was a lot, but after mixing it kind of dissolved into the sauce. I think it made the dish a little on the salty side, which was fine for me though as I like salty.