I love sardines, but I’m the only one in the house who does. Oh well, more for me, I guess. 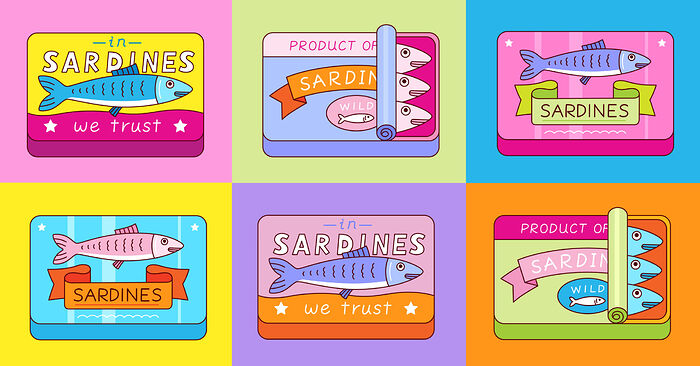 Reexamining the working-class stalwart amid a tinned fish revival.

I’ve been a fan of tinned sardines for as long as I can remember. And, yes, I know there are fancy brands available but I’m very happy with the supermarket own brand, or those I get from Lidl.

Nowadays, they are a sandwich filling - mashed together with pepper and malt vinegar and a little of the oil from the can. But, back in the days when I drank alcohol - often to excess - they were hangover food, once I could face the idea of food. Dusted in flour, fried in the oil in the oil and eaten with supermarket sliced white bread.

And one minor linguistic observation. The author, who I understand is American, generally uses the word “tin” rather than “can” which I’d always understood was the word generally used on the western side of the Atlantic. Am I mistaken and Americans might use both can and tin?

I’m in the US, and I’ve always heard people use the term “can”, never “tin”. Unless it’s my aunt who always has wanted to people to think she’s from England. She’s actually from Pittsburgh.

I grew up in the midwestern US. I remember hearing “tin can” used together, as in a “tin can of peas” etc. but have not heard that in New England where I’ve lived for many years. I use “can”, or “canned”. It would be “a can of peas” or “canned peas”. A “can of peaches” or “canned peaches”. Although “canned” can also refer to home preserving using glass jars for fruits and vegetables…hmmm

Love sardines. Just plain ones in olive oil, served on a baguette with raw yellow onion, fresh chilli pepper, and a sprinkling of lemon juice.

“Can” in Canada. Logical?

Only if you’re called Ada.

never “tin”. Unless it’s my aunt who always has wanted to people to think she’s from England.

Haha! I actually never heard people refer to “tinned” things until I started reading Chowhound. For that reason “jarred” seems kind of cringey as well, although I don’t know what the alternative would be.

I married a Norwegian girl who hid King Arthur sardines in her dresser drawer.

Only if you’re called Ada.

Just by coincidence I have a great niece whose name is Ada.

I got a few ideas from that article. Thanks @TheLibrarian28 !
My dad LOVED sardines. Mixed with mayo, on saltines, which turned black after awhile. He was from Huntsville, Alabama.
I think the “tinned” one makes a fine snack, especially if they are from Portugal, where we had fresh ones as well.
I too, enjoy them alone.

Kids and I like sardines; wife not so much.

Favorite prep is to mash them with black pepper and a sprinkle of coarse salt and about 1/3 or so of the oil from the can. Then dollop spoonfuls onto Triscuit wheat crackers and go to town.

I’m thinking hard but don’t believe I’ve ever used sardines in any sort of recipe prep. Just as above or for other crackers, and sometimes a toasted bread sandwich with a little mustard.

By co-incidence, Yotam Ottolenghi has a recipe in today’s Guardian fro sardine curry, using tinned sardines. Nope, I don’t fancy it myself but here’s the link: 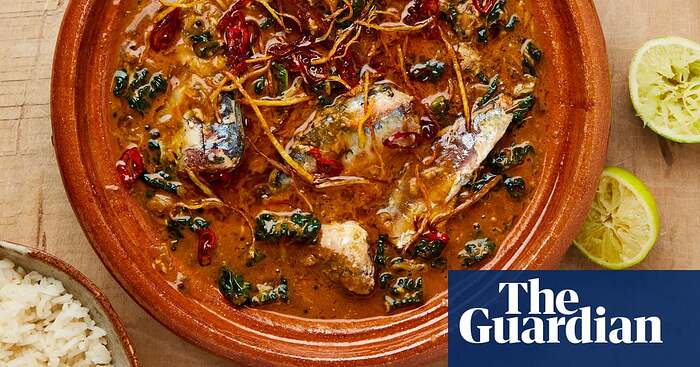 Take midweek meals to new heights with a store-cupboard sardine curry, glossy pork with green beans, and frittata with pickled celeriac and aïoli