We are heading South this Thursday, landing in Tampa and staying in Sarasota and Punta Gorda. Looking for any new spots, especially in Sarasota.

We always enjoy El Greco and C’est La Vie on Main Street. Looking for some new places to try.

And we would like to take my brother and his wife to dinner in Punta Gorda but don’t really know the area.

Well, we returned to the great Northeast last week just in time for the snow storm. We had a good trip with really nice weather. Saw the Red Sox play the Orioles at Ed Smith Stadium. Well done hot dogs and a nice selection of cold cold beers. A fun afternoon.

We landed in Tampa on Thursday and headed toward Sarasota (sister’s house). We stopped at Publix on Rte 41 for coffee and such. Grabbed a roast beef sub to split at the deli counter. And got some Hagen Das mango ice cream.
Dinner that night at Ana Maria’s oyster house. Its a small chain and is typically a pretty solid if not spectacular choice. The food was fine but the service was not. Meals came out sporadically, like they were placed at different times. Waitress was not to be found and the bill was dropped without asking if we might want anything else. Was not a busy time, we were a little on the later side.
Diinner was fried shrimp plate, scallop plate and a broiled grouper. All were fine, but it was very disjointed. 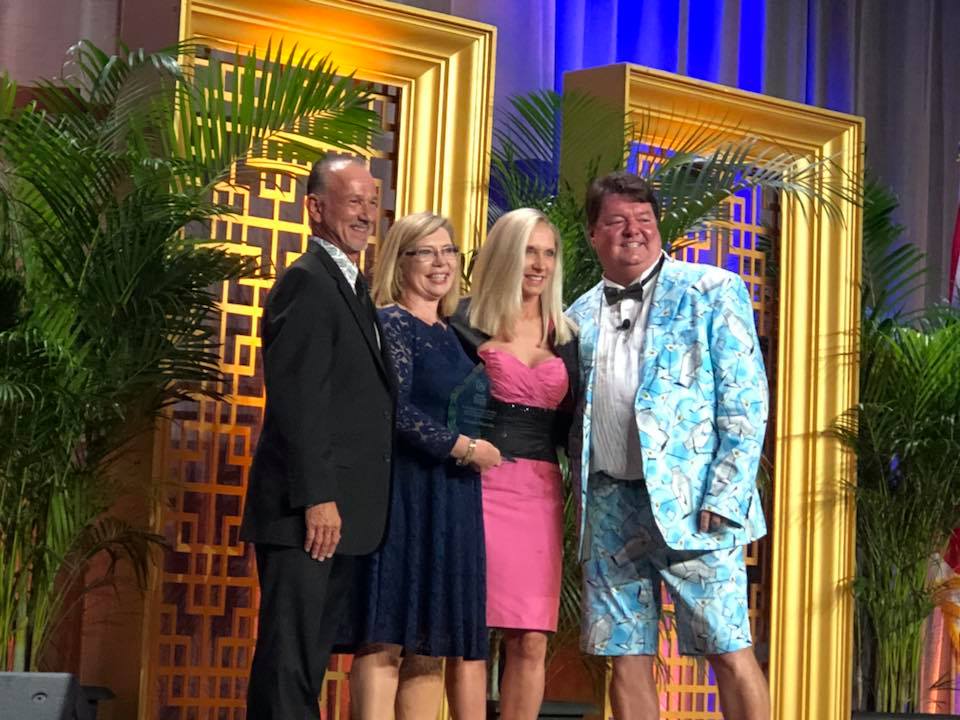 Anna Maria Oyster Bar is overjoyed to announce that Cherise Sherwin, a staff member at the Landside Oyster Bar location, has been named the 2018 Florida Restaurant & Lodging Association’s “Restaurant Employee of the Year.” A wonderful member of...

We left Sarasota Friday am, heading to Punta Gorda. We stopped in Venice, Old Venice near the beach, to walk the boulevard and have lunch.
We stopped at Ristorante San Marco which we have been to before.
Both of us ordered the lunch special of half a soup, salad and sandwich. I had the shrimp bisque which was outstanding. One of the best seafood stock/bisque ever. A fresh green salad and half a tuna sandwich on a baguette with lettuce and tomato. My husband had the veggie sandwich along with the same soup and salad. We really enjoyed the meal, and it would of been a perfect amount. Except they had a calamari/shrimp appetizer on the special board. Lightly battered and fried with sweet potato, carrot and zucchini shoe strings. It came with a marina sauce and a very very spicy sauce for dipping.
We ate it all, it was so good. A great batter and really fresh seafood.
(We did walk the beach, to try and walk off the calories.)
The wine list and dinner menu looked very interesting. We would like to check that out a little moreon the next trip.
http://sanmarcovenice.com/menu/

Dinner in that night, London broil on the grill with salad and grilled potatoes.

Saturday in Punta Gorda we met up with friends at the Village Fish Market at Fisherman’s Wharf. This place bills itself as a New England Seafood restaurant. And they did a pretty good job. We split an app of Ipswich fried clams and I had a haddock sandwich. There were bay scallops and lobster rolls on the table too. And everything was really good. The clams had a nice batter, not too heavy but with a crunch. The haddock was perfectly cooked and very fresh. I did not try the lobster but it looked good. But it wasn’t on the traditional hot dog roll.
Not overly pricey, for being in a very touristy spot eating seafood that is shipped in daily.
Its a pretty spot if you can snag a table on the deck.
http://www.village-fish-market.com/

Saturday night we ate in cause it was stone crab season. We did get about a pound of large claws but most of them were medium. I think they have a better (sweeter) taste. More work but worth it. I’m sure we had other things to eat that night but I only remember the crab dipped in cocktail sauce or mustard sauce. Yum!

We left Punta Gorda early on Sunday. I hadn’t eaten yet, so we did a McD drive through in North Port and bought 2 of the best Egg McMuffins we had ever had!
Like they were way back when. It was a nice surprise.

We ended up on St Armands Cirlce on Siesta Key for lunch. We decided to hit up the Tommy Bahama restaurant. We each had the shrimp chowder, which was almost as good as the bisque from Friday, I had the shrimp summer rolls, my husband had the Ahi tuna tacos and we split an order of the cole slaw. It was a nice summer afternoon lunch. Not too heavy. It all felt very fresh. Well seasoned. The sauces with my lunch were excellent and we’re already trying to replicate the slaw.

That night we went to El Greco in Sarasota for dinner. Its a favorite of the whole family.
We had the lemon chicken soup, pastisio, roast chicken, lamb kebobs and all the sides. Well done comfort food, well spiced, does not feel canned or processed. A nice comfortable space.
https://www.elgrecocafe.com/menu

Monday afternoon was the aforementioned baseball game. A good time, definitely family friendly.
Monday night was Chinese food take out. I would not recommend it at all. I now understand why this is the first request from family and friends visiting from the south!

And then we were home. I missed the Der Dutchman for broasted chicken and the bakery and the croissants at C’est La Vie. Next time!

Thanks for the report! But I must ask:

Monday night was Chinese food take out. I would not recommend it at all. I now understand why this is the first request from family and friends visiting from the south!

It was just not a good meal. Very bland The only highlight was a sashimi dish that was pretty well done. My family has often lamented the lack of good chinese/asian options.
Although while we were eating my sister mentioned Yummy;s, said it had gotten pretty good reviews.
Do you know it? Or have a recommendation? I would be happy to pass it along.

No I don’t have a rec. I was just curious why its the first request from visitors…

Good for you to get warmed up for summertime. Our Gulf Coast Spring Training itinerary always included fried grouper sandwiches at Frenchy’s in Clearwater and Dockside Dave’s near St. Pete.

No I don’t have a rec. I was just curious why its the first request from visitors…

I think he meant that his friends who live in Sarasota request Chinese when they come north to visit him, since there is no good Chinese down there.

Looking for some new places to try.

I’m sorry I didn’t see this post sooner. We spent a week in Sarasota a couple of years ago when my parents rented a condo and had a couple of great meals. Owen’s Fish Camp for excellent seafood and creative New American cuisine at Indigenous. Keep them in mind for your next visit!

We are off to Sarasota this week, looking for recommendations if you have a favorite spot you would like to share.
Have a seafood place called Kacey’s on the list and will check out Owen’s Fish Camp.
Thanks in advance!

We meet friends yearly in Sarasota. Owens has become a go to restaurant. It’s casual and consistently decent food. Been to Indegenous a couple times. A little more pricy and upscale but interesting and tasty food

Thanks, I have put Owens on the list…still on the fence about Indigenous.
Might be more over the top than we looking for.