Ramen Taka is the sister restaurant of Uzumakiya Udon in Cupertino and Kemuri Japanese Baru in Redwood City. I had not heard about Taka until the recent Uzumakiya visit. @Tanspace suggested that Taka was worth a try. So I visited the restaurant after a recent dental appointment nearby.

The server recommended the Taka (Hakata tonkotsu), tonkotsu shoyu and the miso ramen, in that order. Given I already set my eyes on the tsukumen, I got the Taka and the tonkotsu shoyu.

Tsukumen with a miso tonkotsu broth. Great, delicious and tasty dipping broth. Even though it says it’ll take a while on the menu (8 minutes according to the server), it ended up arriving first versus the other two ramen bowls. Highly addictive and savory, and seasoned just right. 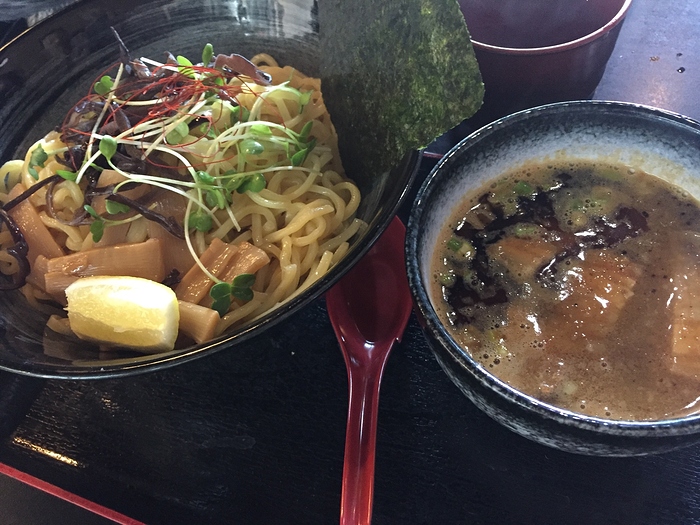 Tonkotsu shoyu ramen. The broth, a combination of milky tonkotsu broth and shoyu broth, was creamy, savory, and lip-smacking delicious. The richness of tonkotsu combined with the smooth soy-ey shoyu taste to form a great soup combination. One of the more memorable soup base from recent memory. Noodle cooked al-dente. The chashu had the right amount of fat on it and seasoned perfectly. Hakata style Taka ramen with thin noodle in tonkotsu broth. The tonkotsu broth was good as well, but the tonkotsu shoyu broth outshined it. This ramen came hakata style, which came with much thinner ramen noodle than the other two bowls. Good bowl. 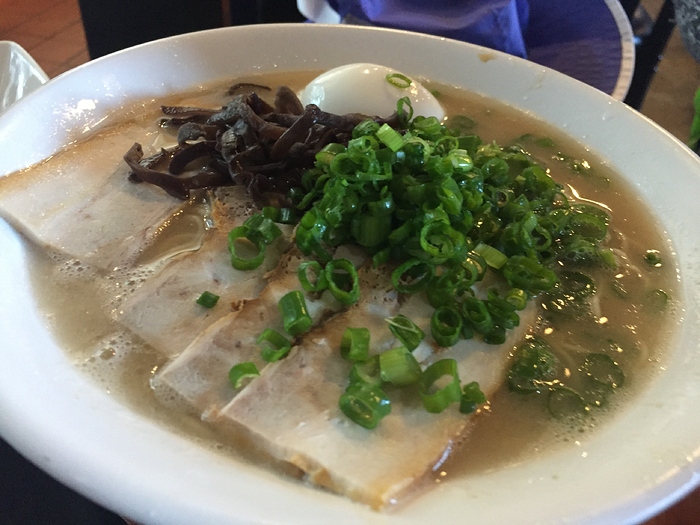 I like Taka just as much or perhaps even better than the lauded Tokyo-transplant Nagi. During the Saturday lunch rush, the wait was about 10 minutes, which was not bad. We ordered all the bowls large, which added about $2-3 to the price for each bowl. Prices are competitive, perhaps given the proximity to Santa Clara University. In the best-of Bay Area ramen discussions, the names of the usual suspects always came up, but Taka never seemed to be mentioned. But it deserves a place in the upper echelon. 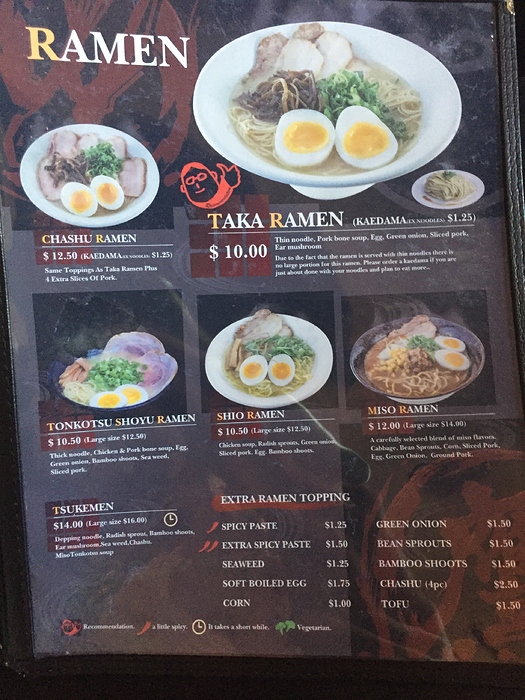 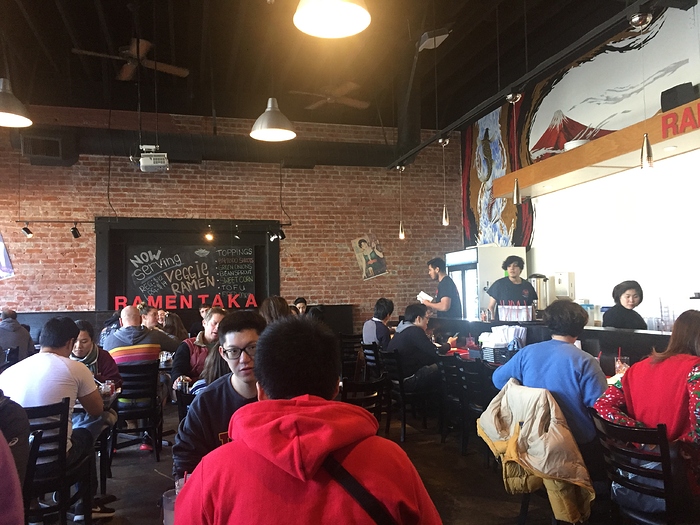 Glad you liked it. I totally agree that it belongs in the upper echelon of bay area ramen places. A real one of a kind place. Also forgot to mention their Yakimeshi (fried-rice) is also a good accompaniment, one of the few and better versions since the old Tokushima Do-Hentkotsu ramen (in the Mitsuwa plaze) days.

I love Taka. Its ramen+broth is perfectly seasoned. I also like the appetizers, such as the house-made tofu. The decor is nice and service warm. Parking during peak hours can be a challenge.

Also forgot to mention their Yakimeshi (fried-rice) is also a good accompaniment, one of the few and better versions since the old Tokushima Do-Hentkotsu ramen (in the Mitsuwa plaze) days

Good to know. I am in that area at least twice a year so I will make sure to try these items as well.

The very odd thing about the street parking outside is that there is one spot that is either 12 or 24 minutes only. And everything else is 1 hour. I almost parked in that ‘special’ spot. 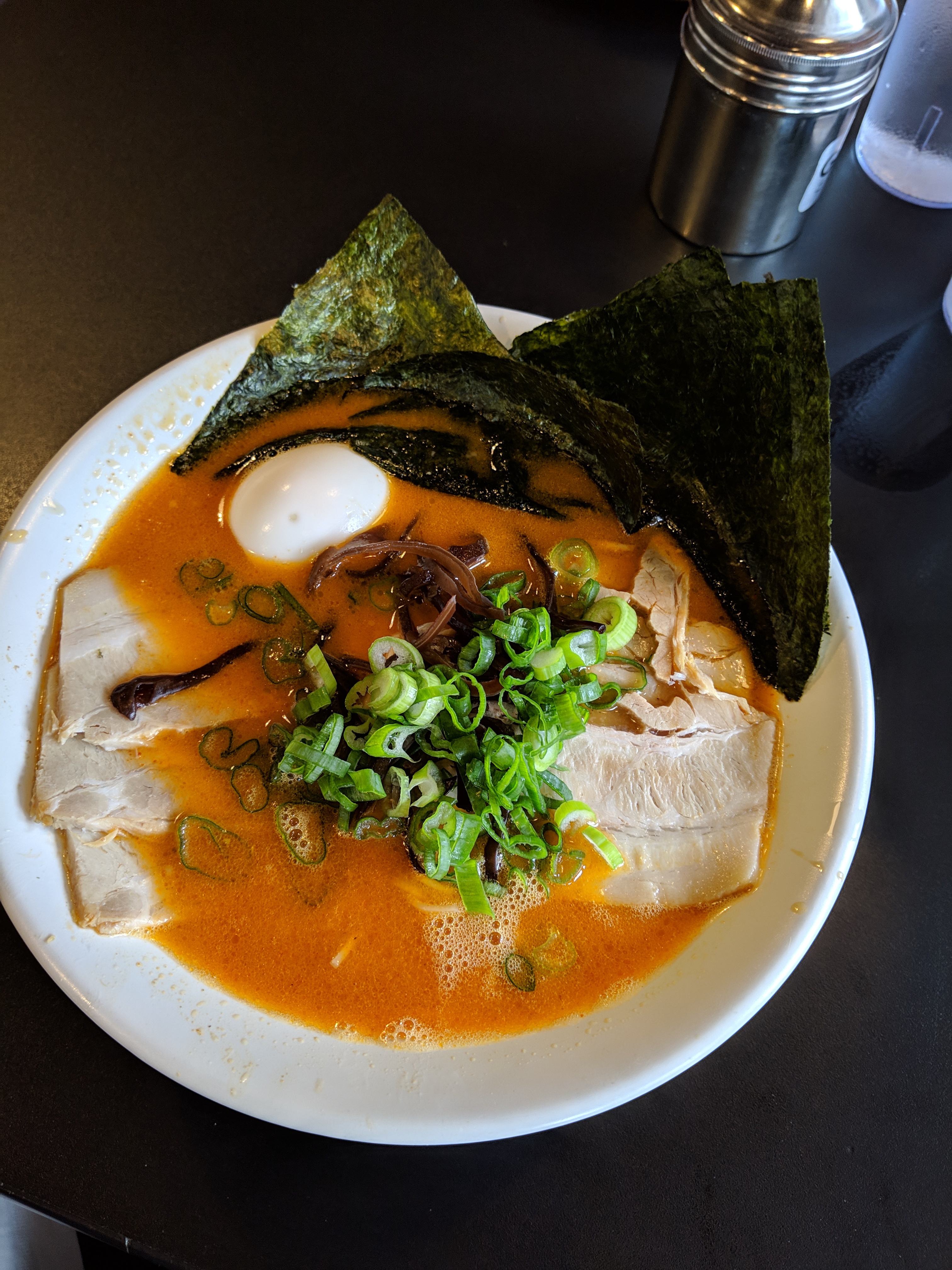 Curious- where does the orange color come from? Added chili oil?

I parked in back, good size lot.

I love this place. The ambience is also fantastic. In addition to their ramen, I recommend the housemade tofu.