We had meals from Kunjip in Santa Clara a few times over the last year. One time we took our Galbi jiim to eat at the park nearby. The other time we ate our galbi jiim in the tent in the parking lot. Last week they took the tent down already so we ate on the sidewalk outside the restaurant.

Galbi jiim. Fall off the bone tender short ribs with a bunch of other things like pumpkin, carrots, rice cakes, broccoli. The stew was on the sweet side though the galbi jiim was enjoyable. 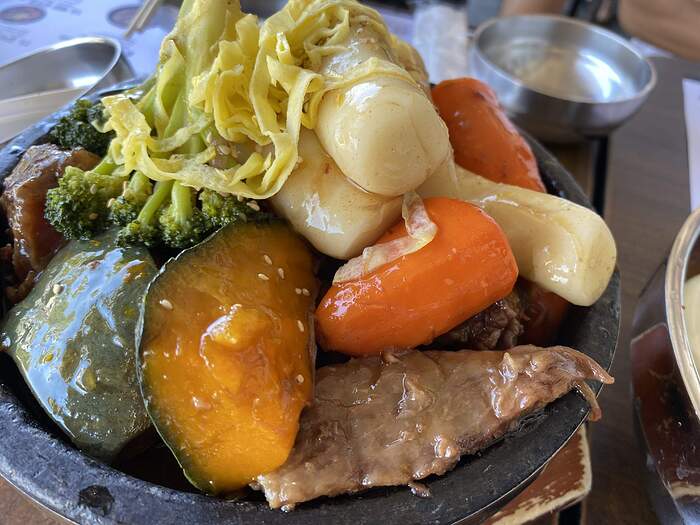 Hwe naengmyun- cold sweet potato noodles in what they called a spicy sauce. Also had skate fish, cucumber, radish, pear. The sauce was not spicy at all. The potato noodle had a great and firm texture. Just right for the summer. Very delicious. Even though Kunjip was known for their galbi jiim, this was the surprising dish for me. 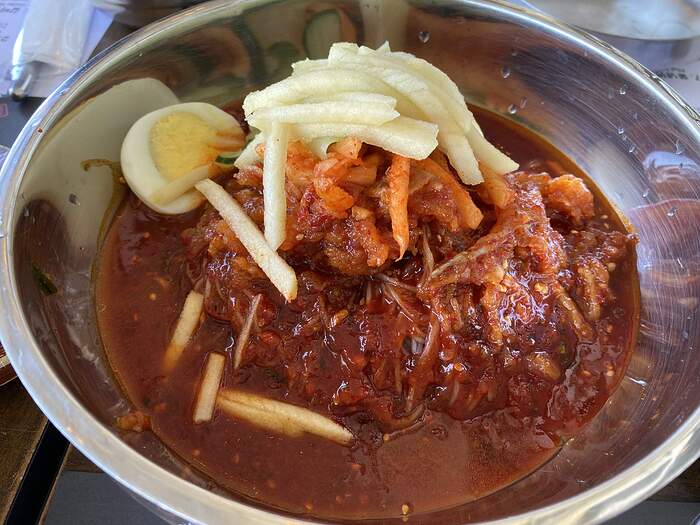