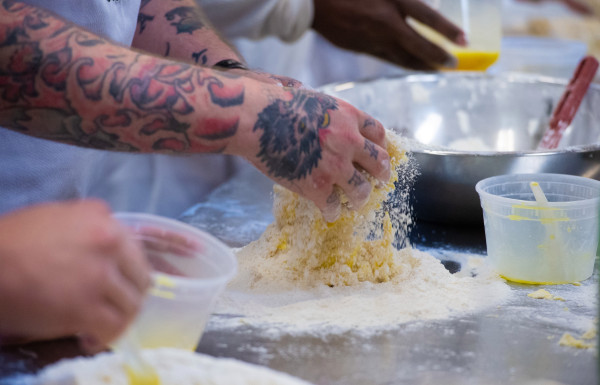 Helaine Melnitzer, a food industry veteran, saw an opportunity to benefit both Bay Area restaurants, many of which are often starving for employees, and formerly incarcerated people, who sometimes …

A similar project operates at several UK prisons, overseen by The Clink Charity. Under supervision, prisoners cook and serve at a restaurant open to the public. Certainly for the trainee chefs, the project leads them towards nationally recognised qualifications and the charity then helps both trainee chefs and servers to find employment on their release.

And the food is decent enough - [Styal, Cheshire] Clink - at HMP Styal - another OK lunch

A similar operation at Blue Apron warehouse in placement of those trained upon release.

I’m all for life skill training in prison (our current prison system is a broken paradigm and doesn’t help anyone).

That said . . . reading this got me thinking about things. I’ve been listening to a podcast, “Copper and Heat” about women in kitchens - inappropriate behaviors in kitchens, long standing kitchen traditions, etc. (It’s a pod cast still finding its feet but was an interesting listen). So while this thought process clearly demonstrates some of my stereotypes of inmates (and my thoughts aren’t well formed yet - so I’m just wondering about this “out loud”) - how do we square the need/desire to make the kitchen a less abusive environment that includes a more diverse and female population, while at the same time seeing it as an easy employment entry for newly released inmates . . . . . I’m for both sides of this but my gut sees these as two opposing efforts . . . . . curious to hear others thoughts to help me think through this.

Kitchen employees are both male and female. As are inmates. Imho, your question lies solely in the management style and communication.

And whether or not a mixed background of all types can work together applies to every industry.

I have hired men and women with great skills and hard lives. It really comes down to mgmnt talents.

I don’t disagree with any of those statements - maybe my thoughts about this are too young to be posting online about them . . . .

But San Quentin is an all male prison (I believe), so I was reacting to that but I agree both men and women are inmates.

Kitchen employees are overwhelmingly male - of course there are both, but it is definitely a skewed population. And women, in kitchens currently, are feeling more and more empowered to talk about their experiences in the kitchen - and they aren’t overwhelmingly positive. I don’t think we can ignore those facts in trying to find a way forward.

And I completely agree that it comes down to management talents. But if we believe the women speaking out about their current experiences (from neighborhood joints to starred restaurants to celebrity chef run restaurants) it sounds like the current restaurant industry may not have the management styles in place to work both sides of this issue.

As a raging liberal I want to support both efforts - as someone who has some peripheral experience with both of these populations I agree it would take the right people to support both populations in making this work . . . . and I wonder who in the restaurant industry those people are . . . .

The working environ the newly released indiv comes into is what my thought process went to. You make very strong points. I too struggle with the hiring challenges believing in new starts isn’t easy. I decided to be open minded a lifetime ago. Having support from the public is vital. 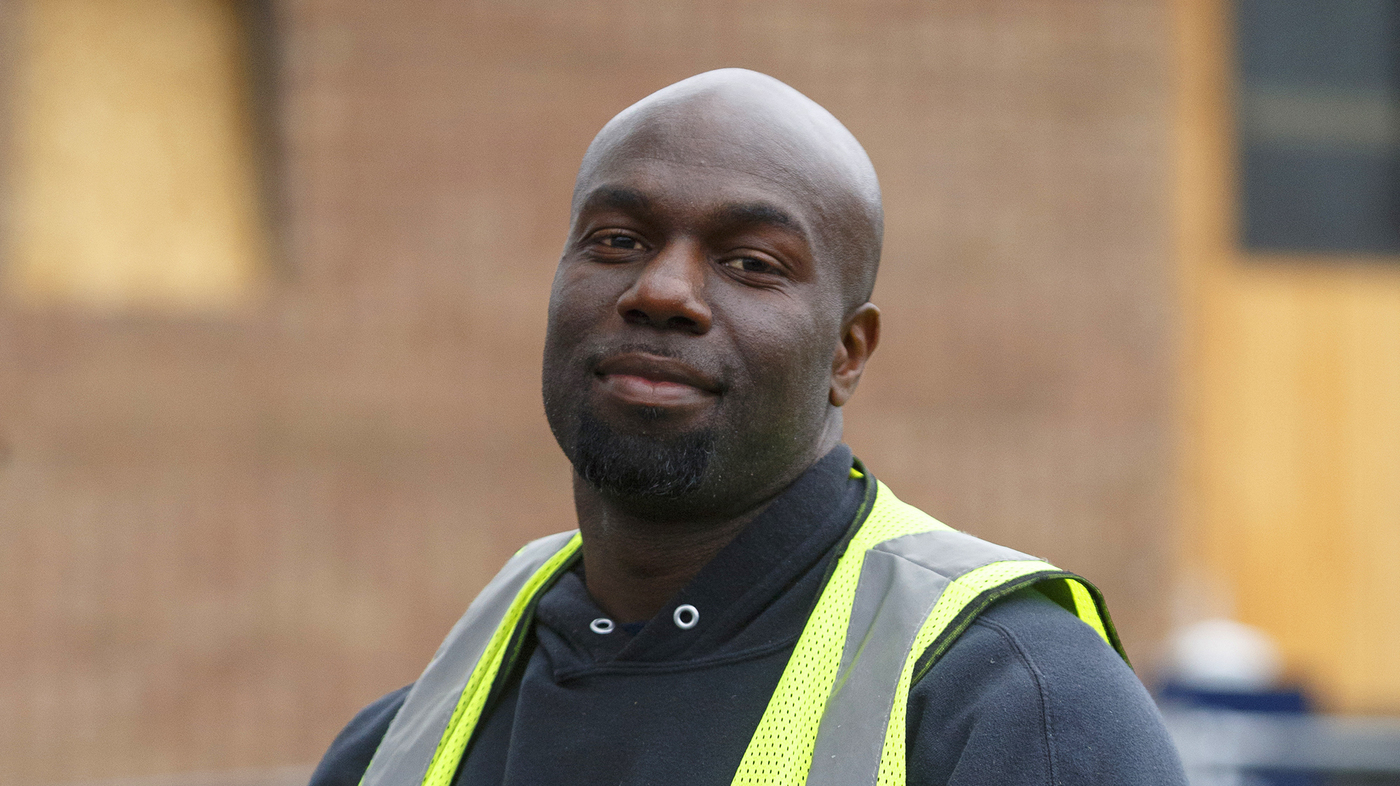 People convicted of felonies often have difficulties getting hired. But many employers say they're suffering a labor shortage, and attitudes toward hiring people with criminal records are changing.

In that is precisely the challenge. Before retirement I worked for 20 years in the UK’s criminal justice system. It was ahrd fact that the overwhelming number of offenders who had been in prison had started out poorly educated and , generally, without much work experience. Programmes such as the San Questin or Clink ones may well have given the offenders their first real taste of skills education and work experience. But the difficulty we always found was in helping an offender to find employment on release from prison. It couldnt be hidden that someone had been in prison and it does take a certain type of employer who is willing to take the gamble in employing someone who might well have had a record of violence, theft, substance abuse, etc. But those good people are out there - people who will take the gamble that a person has put their criminal past behind then and needs a fresh start. Last year, in the UK, the Clink Charity trained 361 prisoners of whom 112 rejoined the community and 78 were helped into employment. Yes, numbers are small but that’s 78 offenders who may well never offend again. I see from the Clink’s website that both Holiday Inn and Hilton Hotles have both been supportive.

And, man, don’t we need some at present.

In San Quentin, prison inmates are cooking up gnocchi and brighter futures

By JOHN BIRDSALL in the LA Times 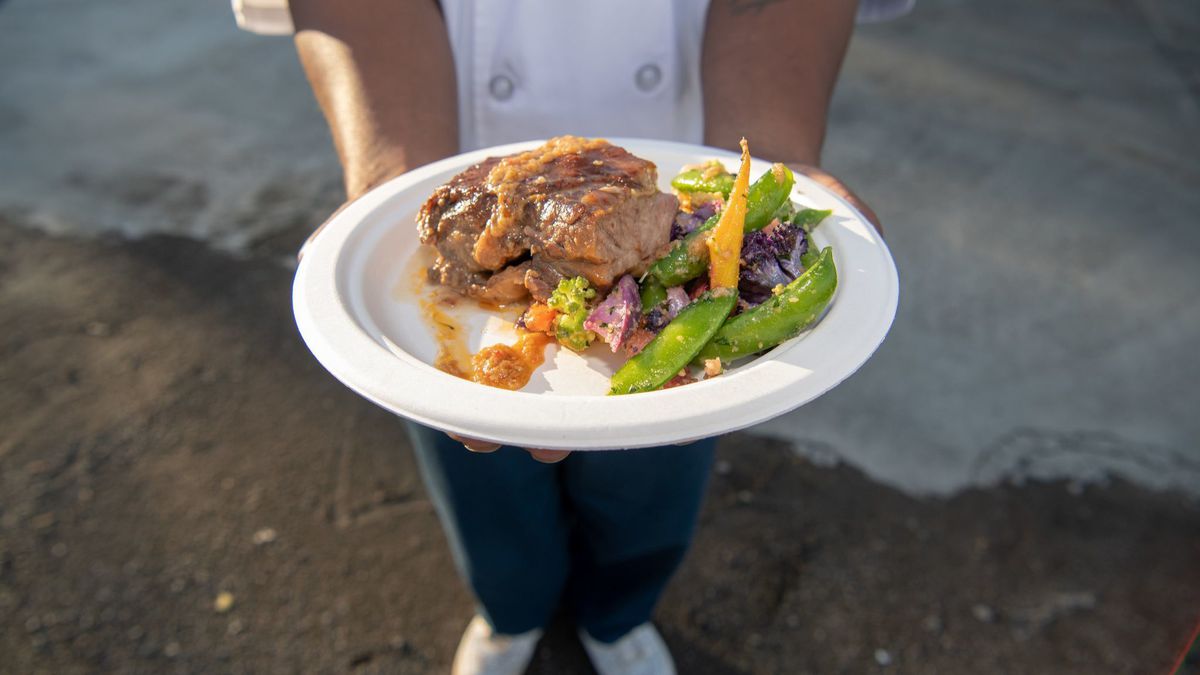 In San Quentin, prison inmates are cooking up gnocchi and brighter futures

Cooking classes taught by chef Huw Thornton for San Quentin State Prison inmates are about overcoming more than learning how to cook.

excerpts from near the end of the article:
…

The paper-plated lunch we all finally sit down to in the cavernous dining hall is more delicious than seems possible, considering the scramble to cook it. The asparagus Martinez was craving had been seared and softened on the flattop, and spooned with a vinaigrette into which chopped, toasted pistachios had been stirred. “When you toast nuts — tree nuts — you get that strong aroma,” Martinez tells me. He’s been studying.

The gnocchi in brodo, a broth made by simmering chicken thighs in water on the induction burner, is amazing. Thornton dropped a plug of soft butter into it before serving, and the maitake , combined with a small amount of wild black trumpet mushrooms, has profound depth. Another inmate, Tim Fielder, had asked if he could crisp the discarded chicken skins on the flattop, which he chopped and stirred into the gnocchi — an inspired act of improvisation.

Are you allowed to ask what the felony was? You might want to keep the sexual predators away from your hot young hostesses but if it’s someone who got caught growing weed and did time due to mandatory minimum sentencing, they might fit right in.

You can contact their PO, other references. Their history is shared in a confidential setting. Sometimes court ordered community service grunt work turns into an opportunity for employment as well. very case by case. The comfort level has to be mutual and you start slow to see how things go.

Its my experience, most want a fresh start. The ones who cant get past old tricks, leave.

I dont care about your past . Or what your issues are . As long as you show up on time. Do your job . And provide good service , everything will be ok
.

Oh, I wouldn’t and couldn’t be that casual. Labor guidelines do factor in. But, giving folks a second chance should and can be earned given the chance.