We were originally going to Tannourine that @lethe2020 recommended. As we were driving south on El Camino the grand opening banner outside Noodle Shanghai grabbed our attention. And we switched destination. Tannourine will have to wait another day. Noodle Shanghai is actually already open for half a year already.

Scallion shredded meat noodle- good. Fried scallion provided the aroma while the meat was coated with a sweet sauce, all sitting on top of a pile of noodles. Delicious, though greasy. 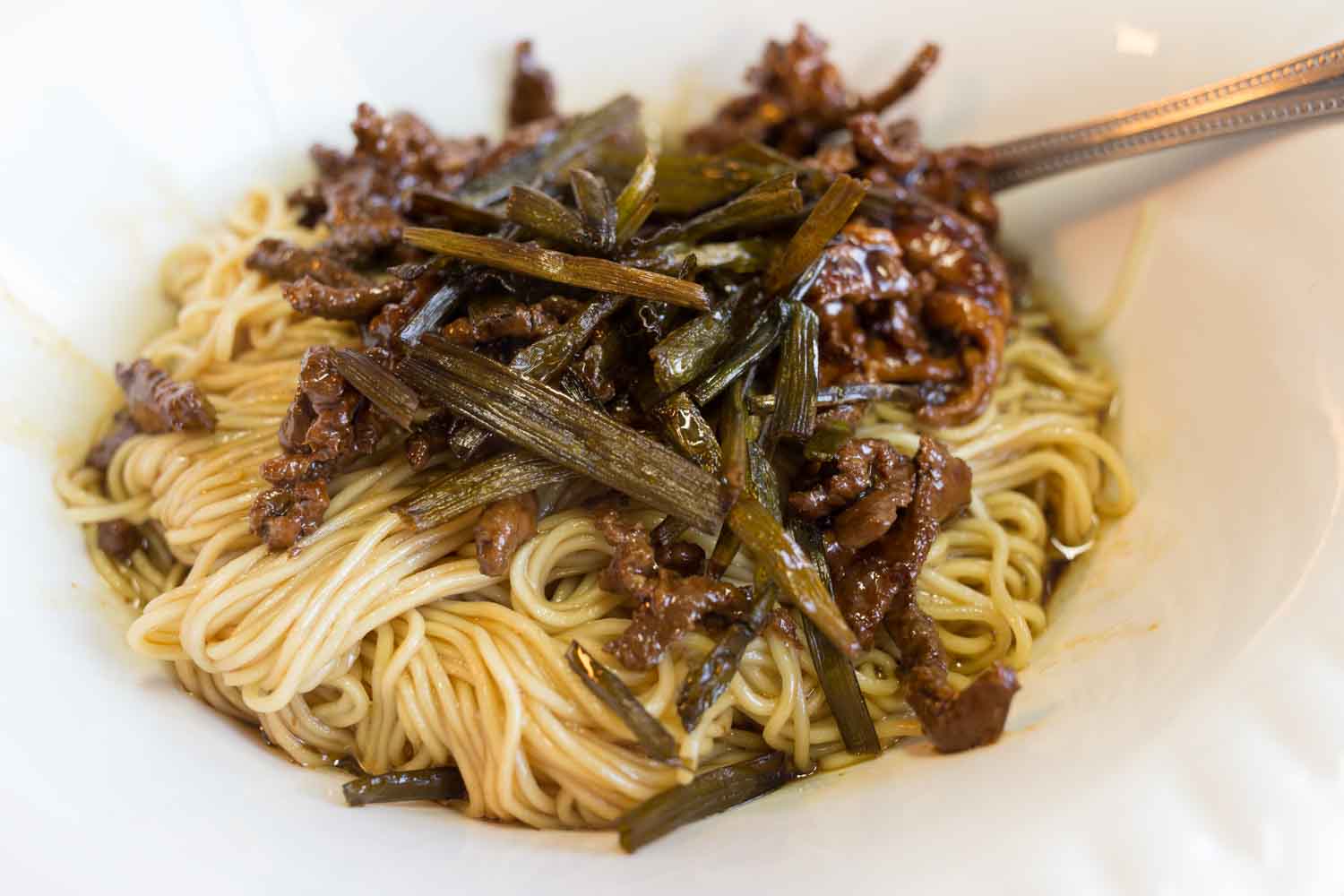 I think this was the Ham mushroom stewed noodle soup. The noodle and components were rather average. The shitake in particular had zero taste because presumably they boiled all the flavor into the broth instead, because the broth tasted good. So I kept drinking it. The dish worked better as a soup than a noodle. 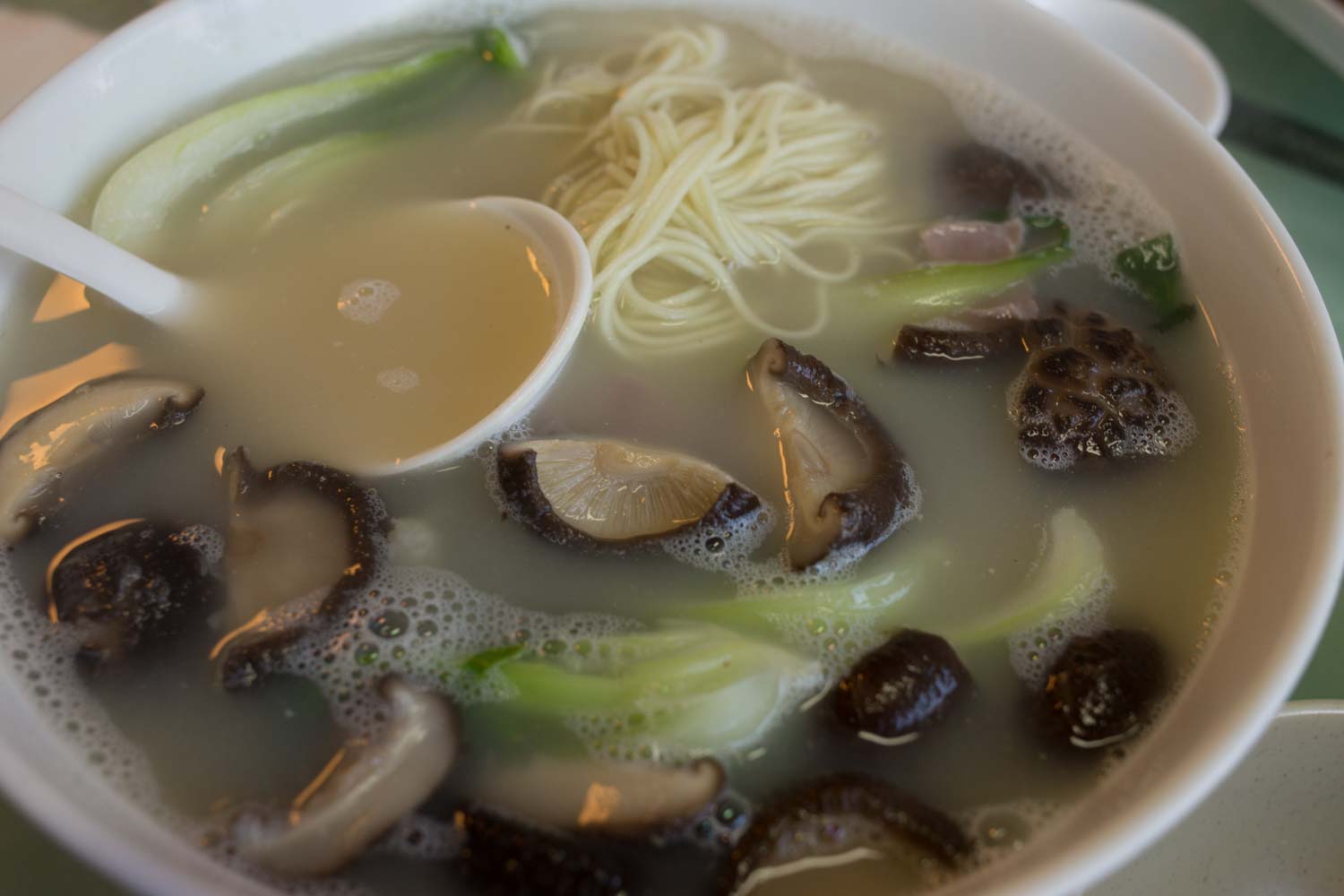 Tofu dry malan. Ok- the flavors was supplied mostly by the sesame oil and not much coming from the ma lan tou. Maybe the chilled transportation from China took away most of the taste. 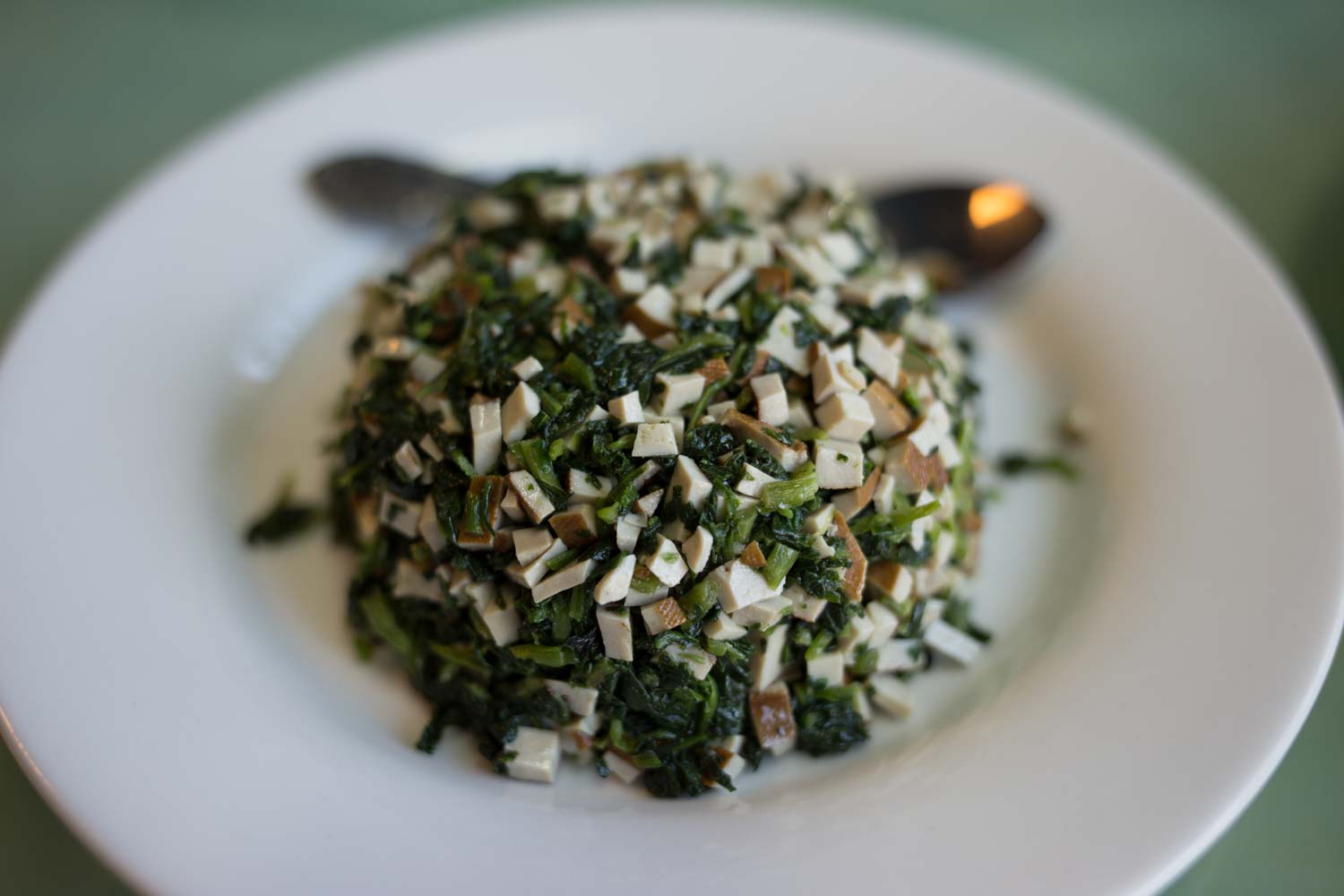 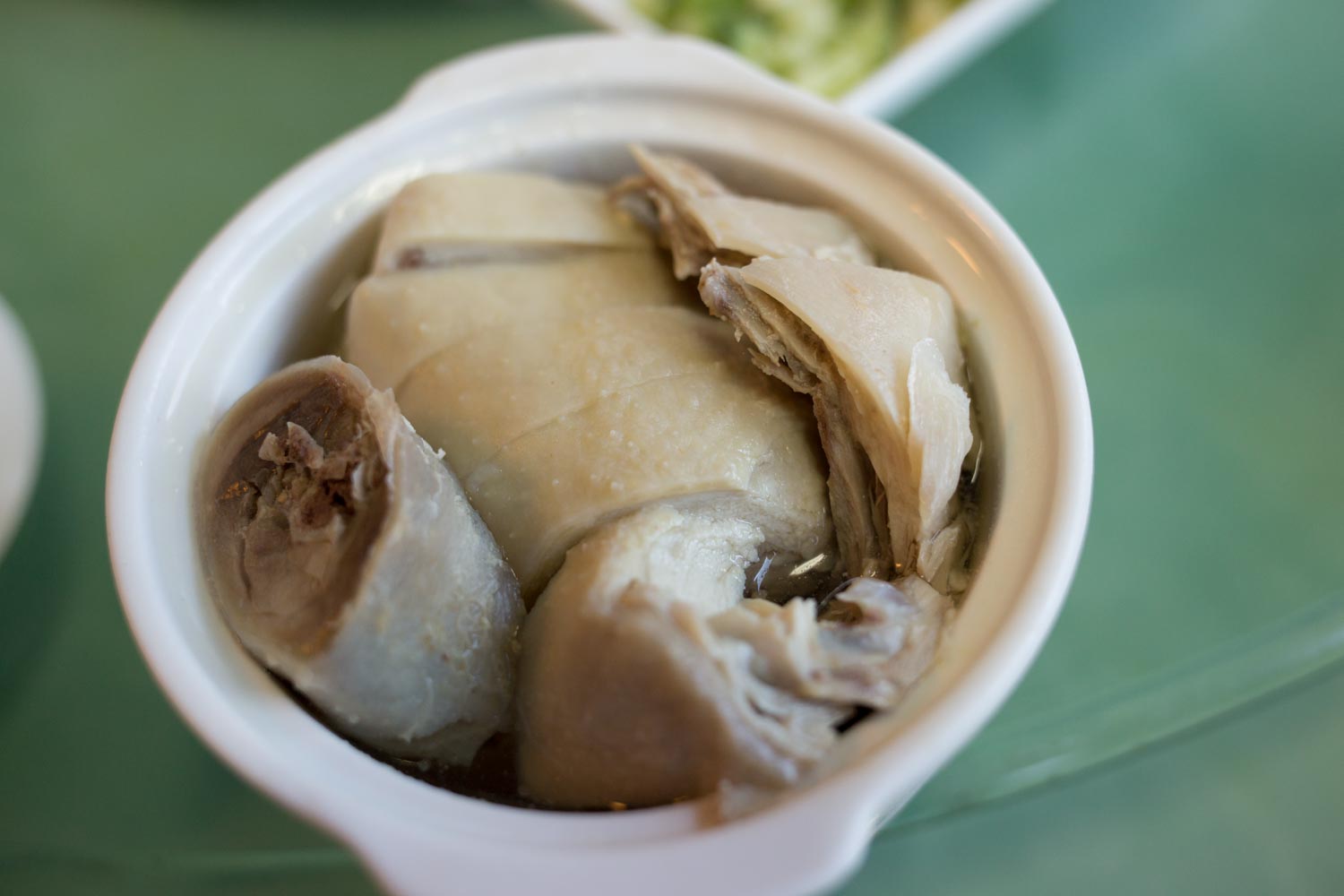 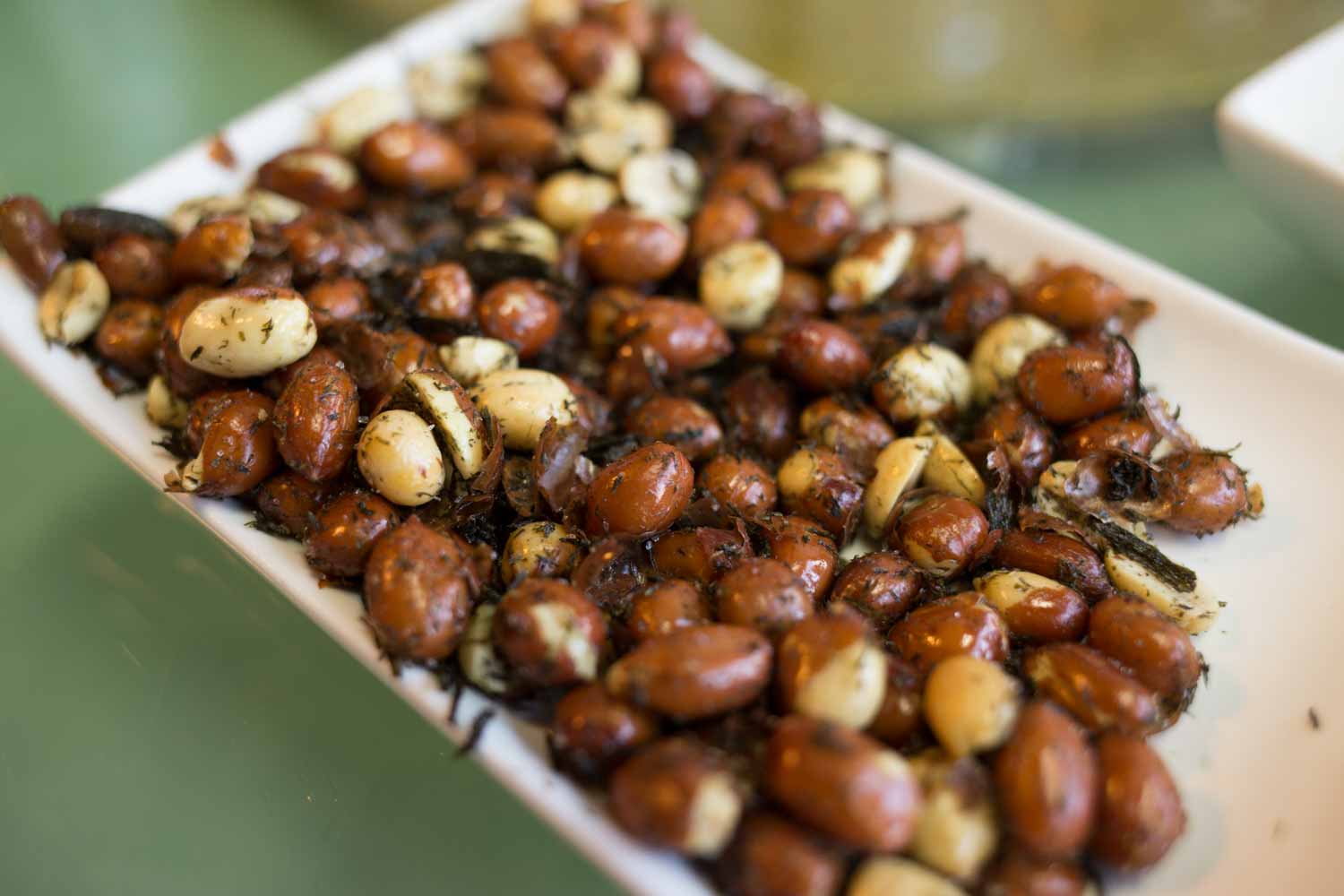 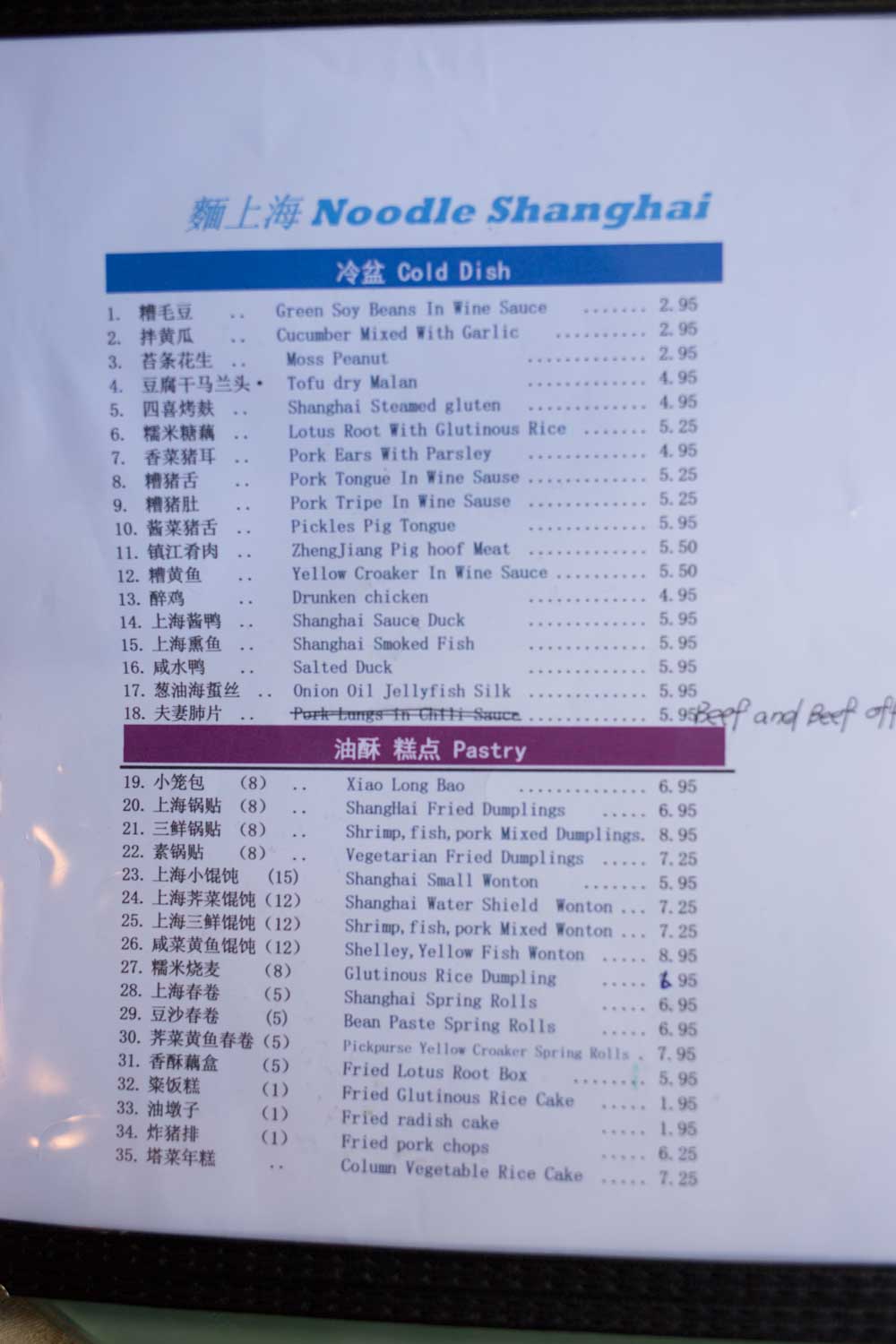 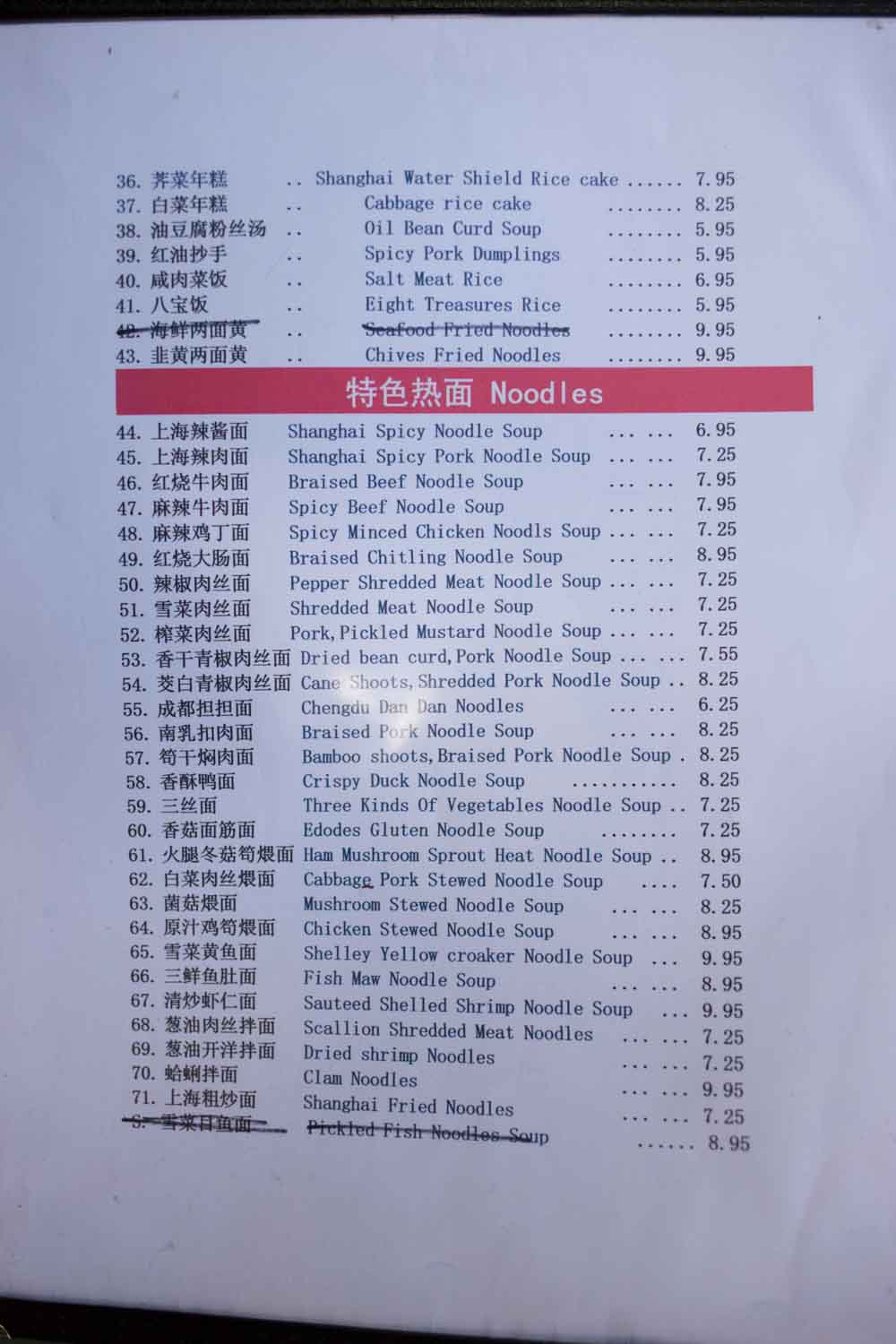 Trivia: Anybody knows what establishment originally put up the tropical beach wallpaper? We asked the server and they said that it came with the space that used to be a Sichuan joint. I did some digging and Pop Pot occupied the space in 2016-17. But since Si Chuan is inland and has no beach, I am guessing Pop Pot inherited the wallpaper. Further digging turned up Cathay Kitchen, which was here from 2006-2016. I guess it could be a beach in Hong Kong?! Though it looks so tropical… 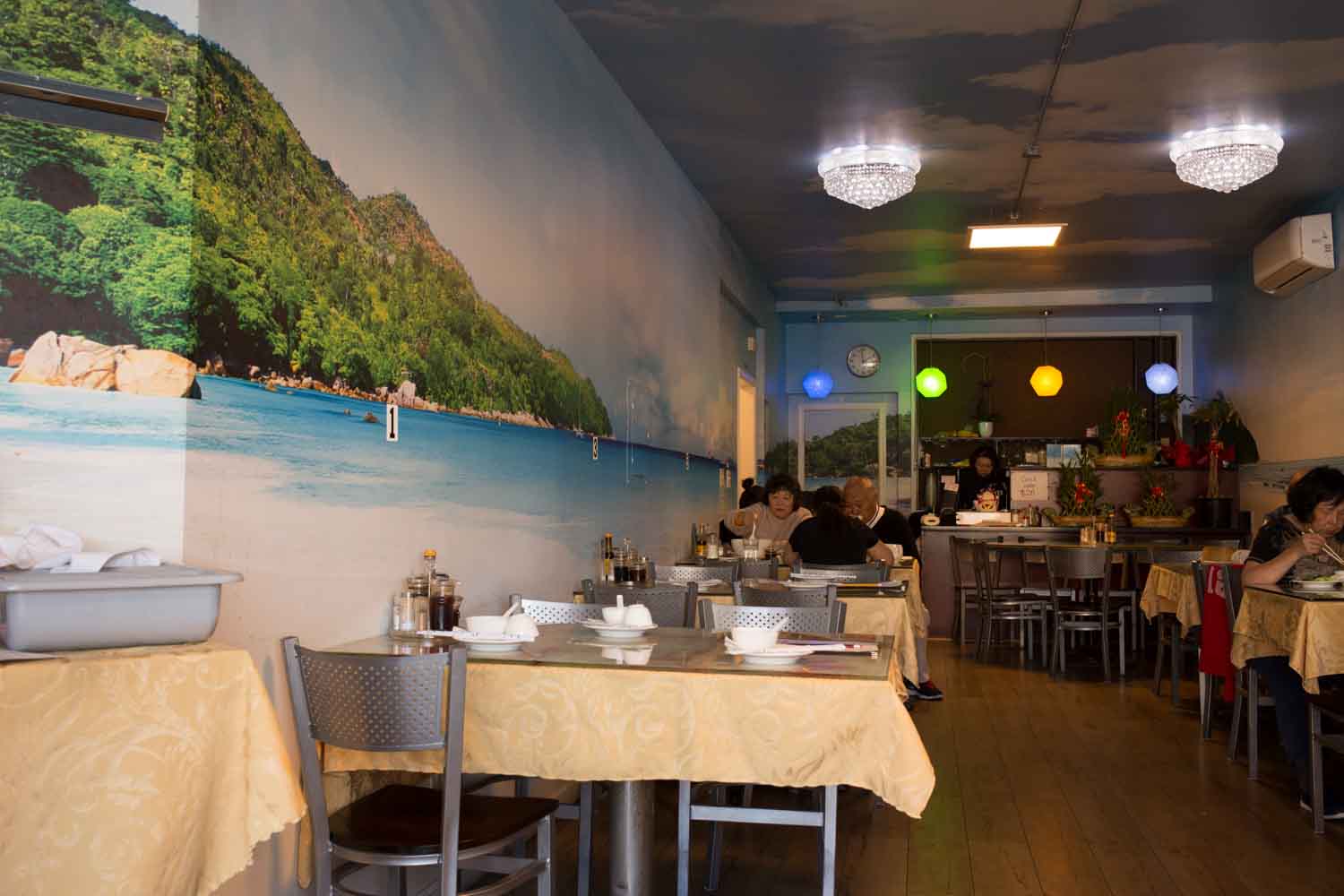 Finally, they really don’t want you to flush paper down their toilet, because they put at least one such reminder on every bathroom wall. And they are watching you.

But, what if you forgot? 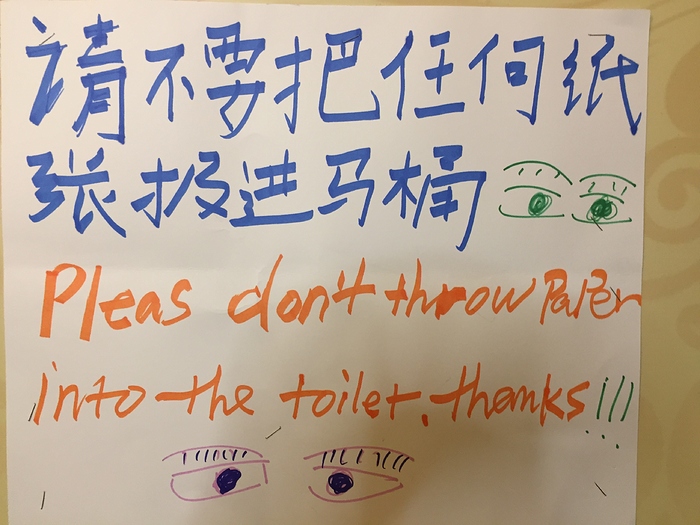 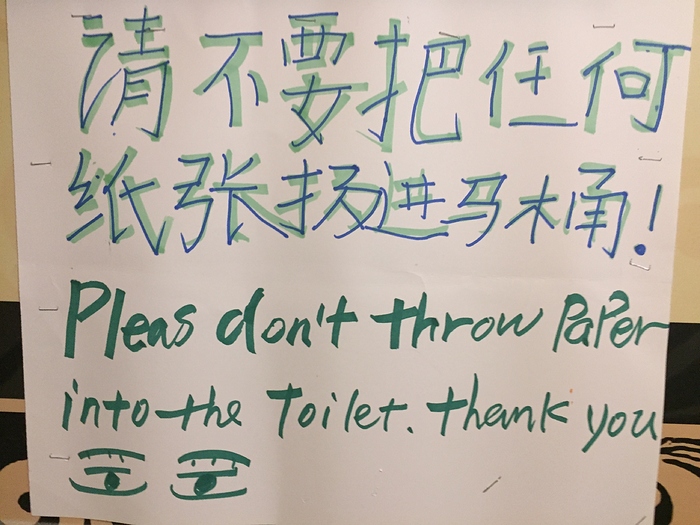 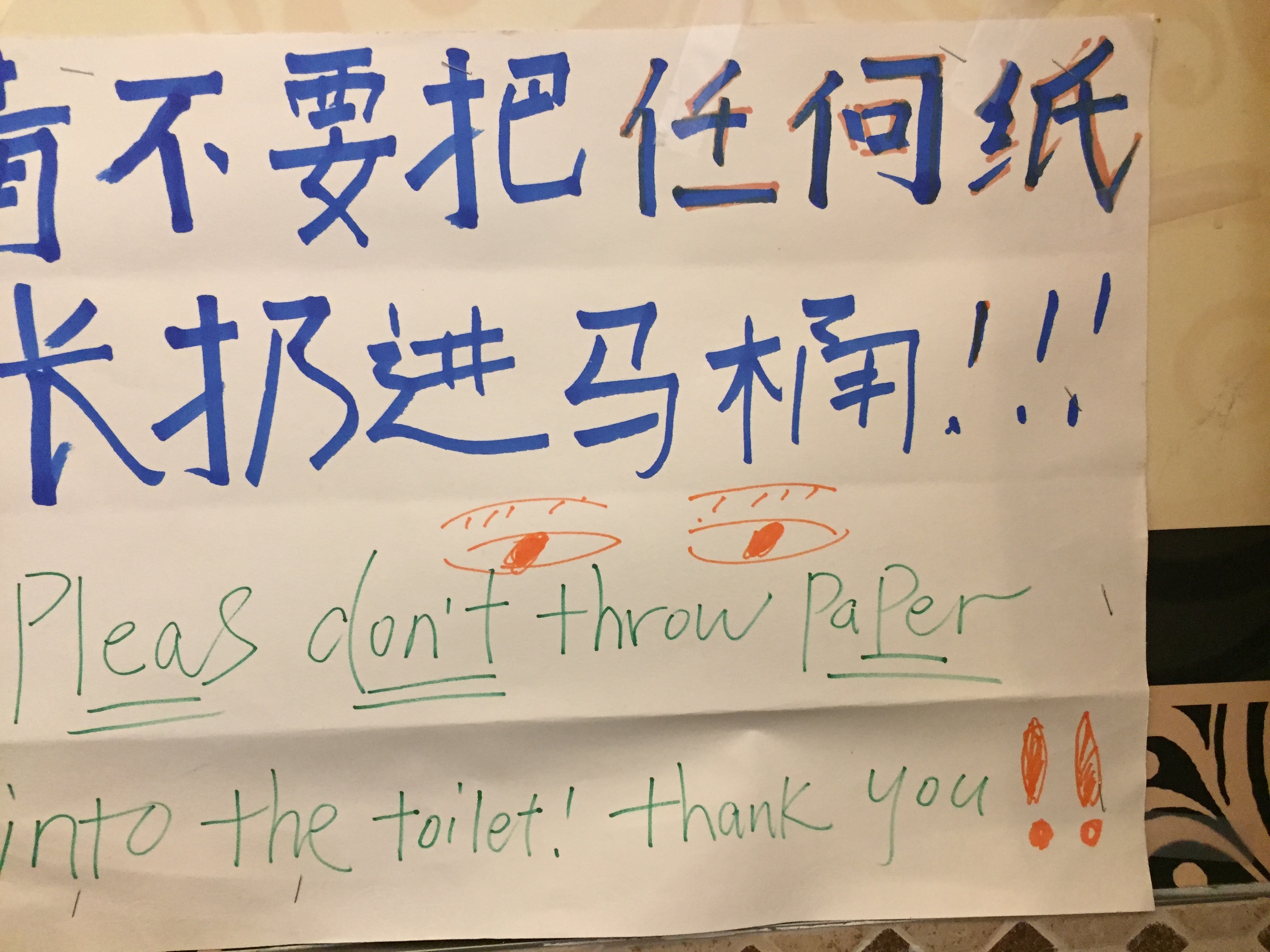 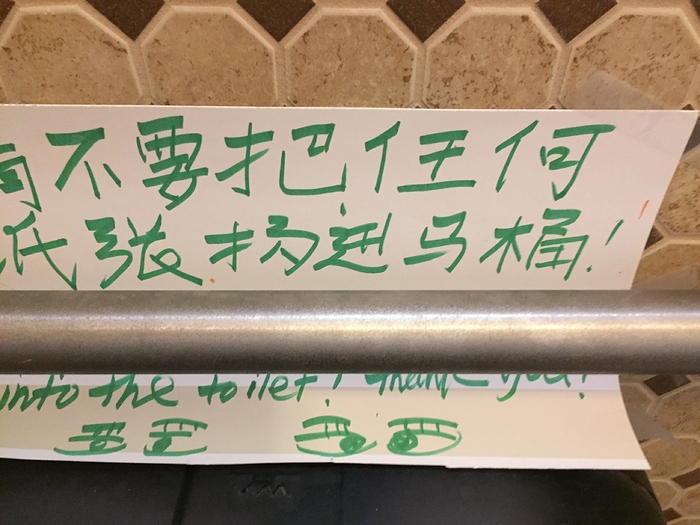 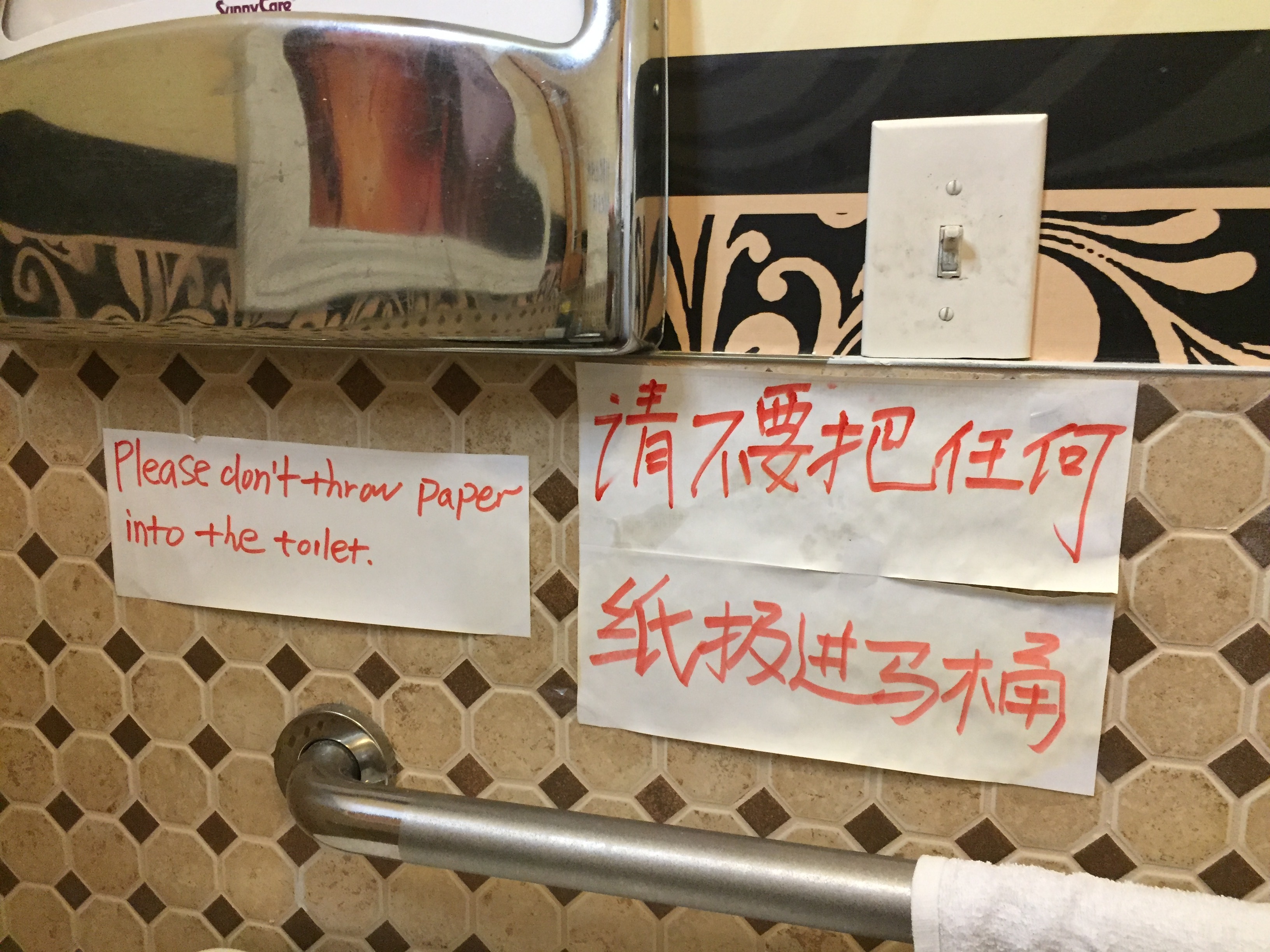