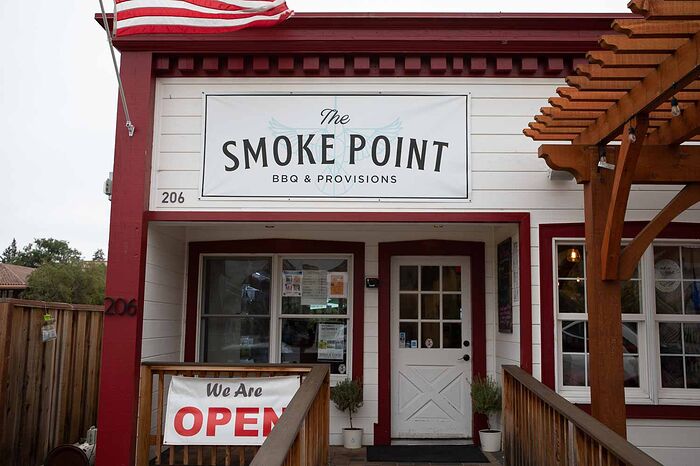 Ok I am sure folks from the South will roll their eyes when I say run here for their bbq. But hey we are in California. But, California or not, Smoke Point still churns out some serious bbq. This meal was from last August. We visited the mission in San Juan Bautista, had lunch at Smoke Point, then went for a hike at the nearby Pinnacles National Park.

For context, I have a very vegetable-loving, and very picky wife- she has never shown interest in bbq, steakhouse, or big chunks of meat in general, so she was seriously skeptical about my bbq lunch suggestion, that I had to bet a great deal of food cred to get her to eat there. She ended up impressed by the q and recommended the joint to a friend afterwards, who then ended up visiting Pinnacles three times in the months since just so they could eat here. I ate so much that day, that I barely ate anything for dinner. Its like Moses finally found the BBQ promised land after spending forty years wandering in the BBQ desert that is South Bay. Ok, I am exaggerating… But the point is, the q is very decent.

The restaurant is run by Jarad Gallagher, who used to be the exec chef at the very un-BBQ-like and starred Chez TJ in Mountain View. Its said that he was tired of the high end dining scene and decided to go back to simple pleasures. Nothing simplistic about his bbq, however. Both the ribs and the brisket were expertly smoked. Succulent, tender, and seasoned just right. We actually got just the ribs and the sprouts first. But didn’t have enough food and the delicious ribs prompted us to order the brisket so we could have leftovers to bring home.

Half baby back ribs: 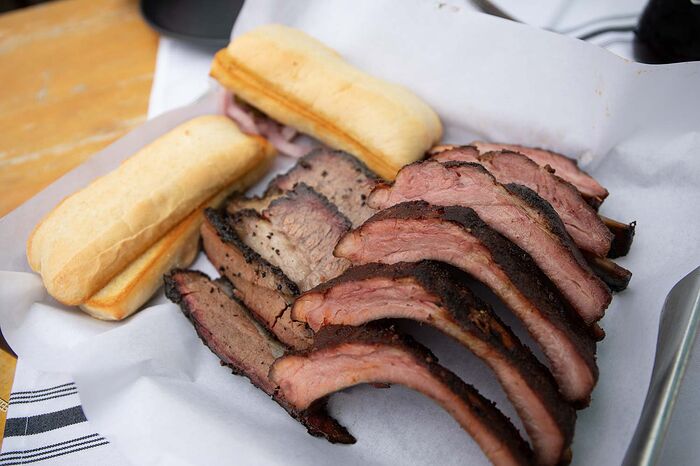 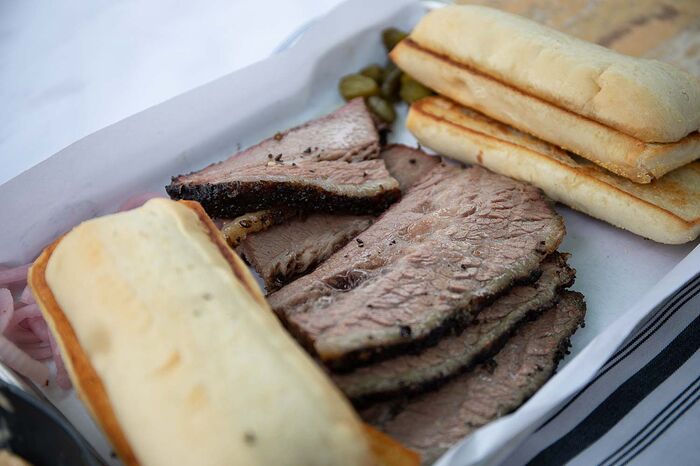 Don’t forget to sample a bunch of their sauces. I especially liked the Central TX, SC, AL white and the ketchup. The meal was a while ago so I forgot which sauces paired especially well with which cuts. So try them all. There’s some finesse with the sauces as they were well balanced. 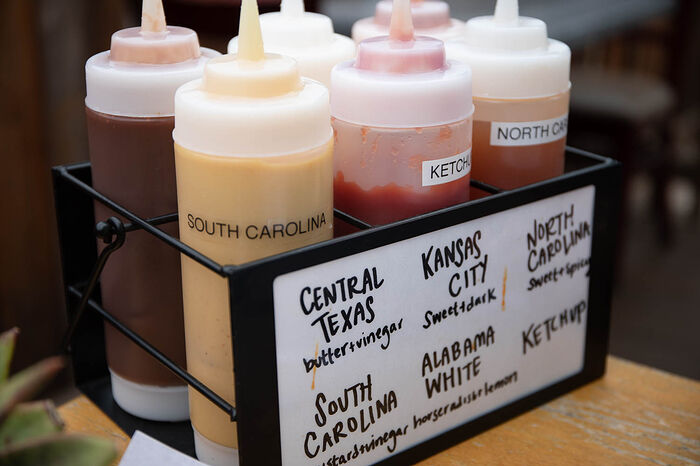 The sprouts. Forget about the veggies. Stick to the meat. You can eat veggies at home. 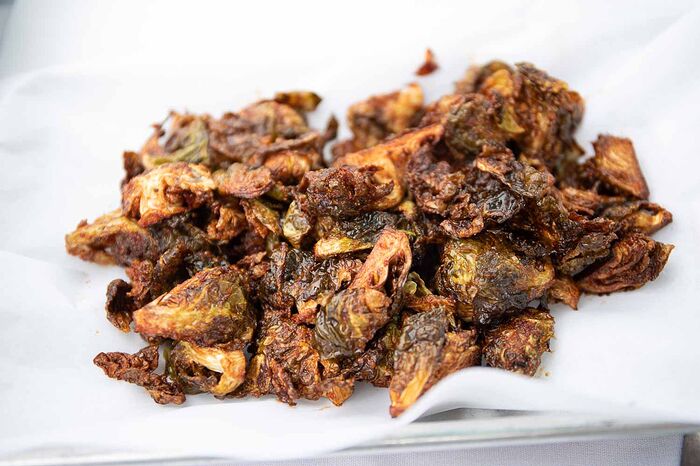 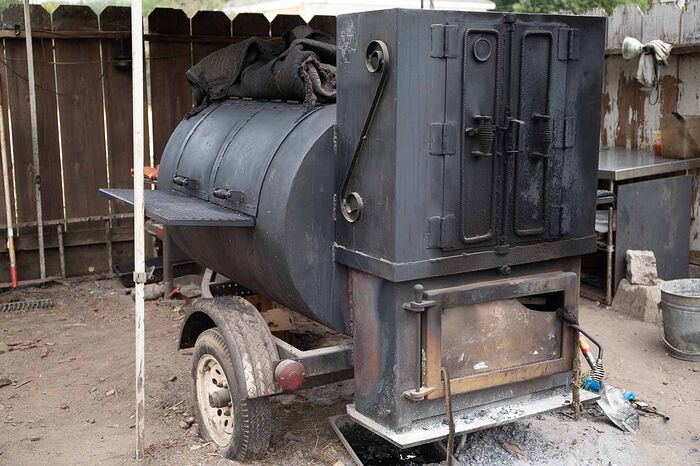 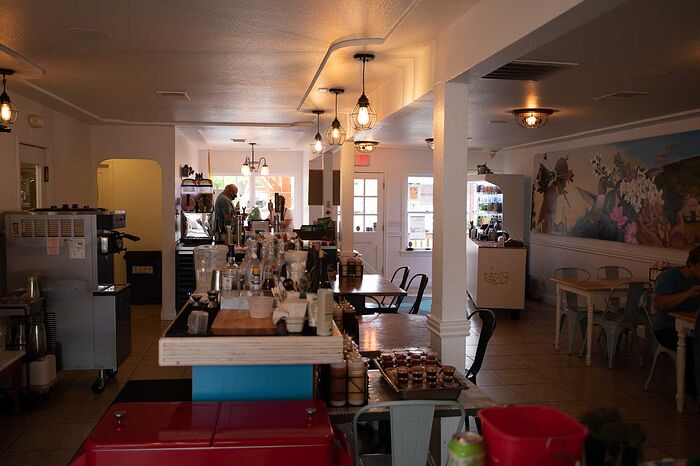 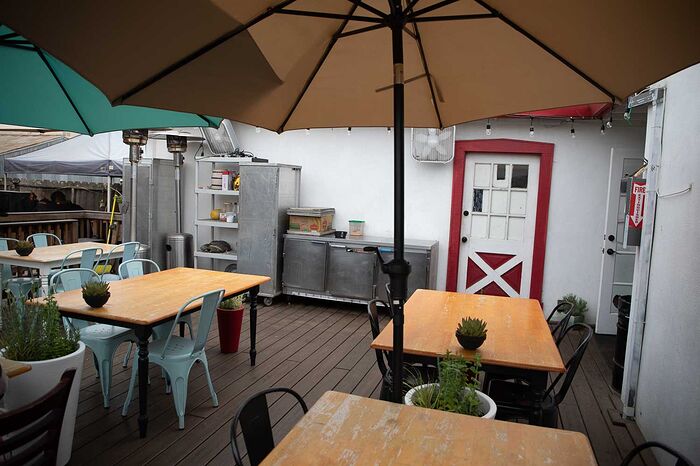 Don’t forget to grab a couple of sauces to go if you have leftovers. 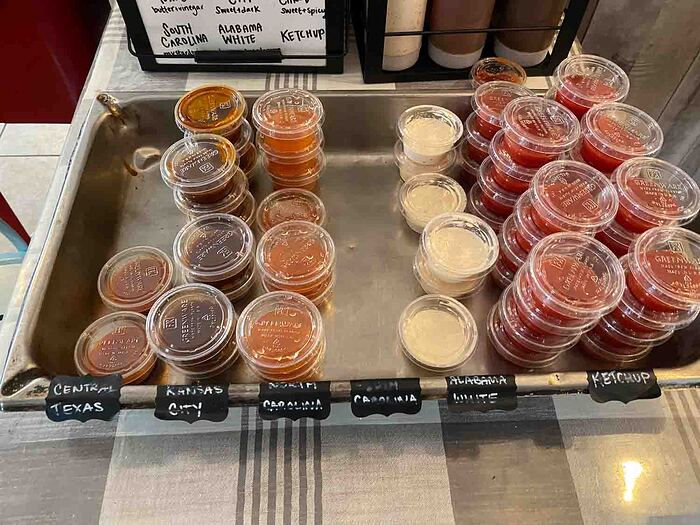 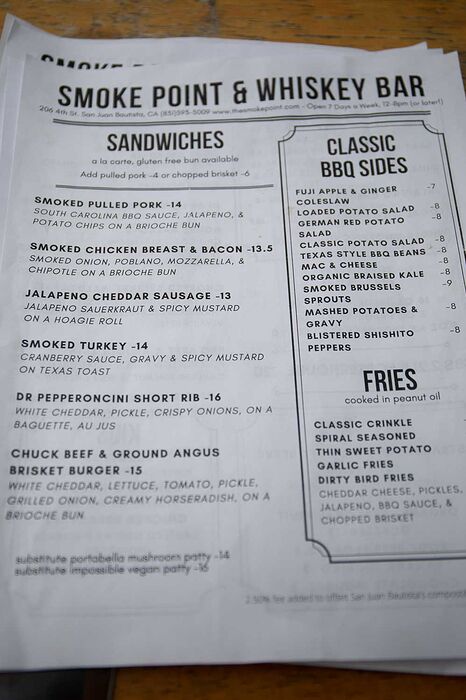 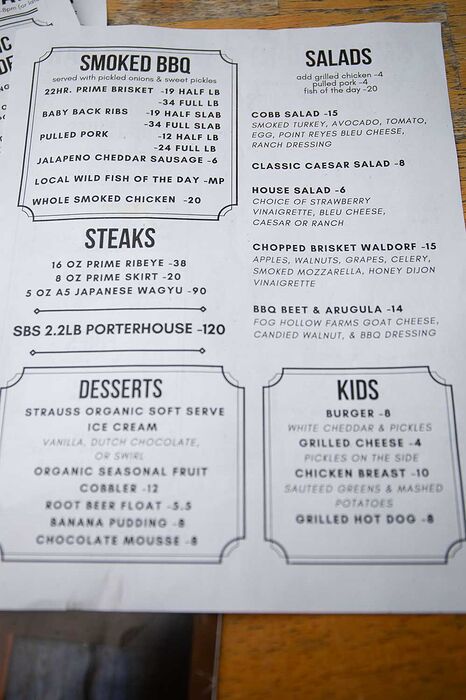 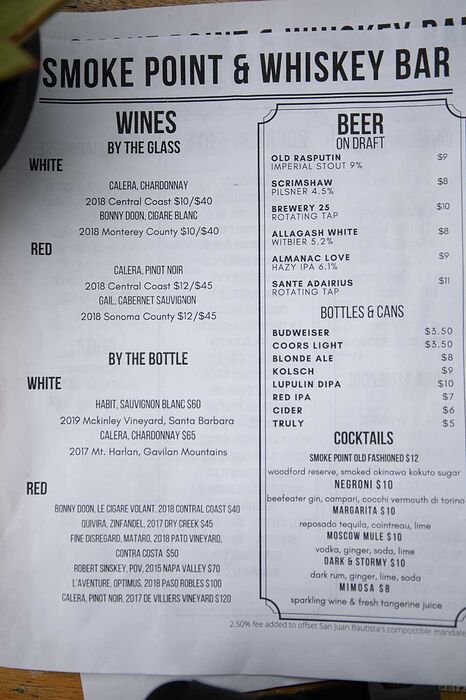 Not a bourbon/ scotch expert- anything that I should try here? 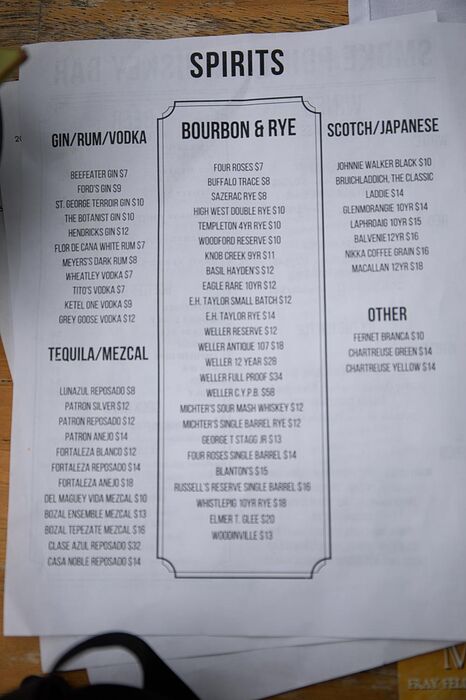 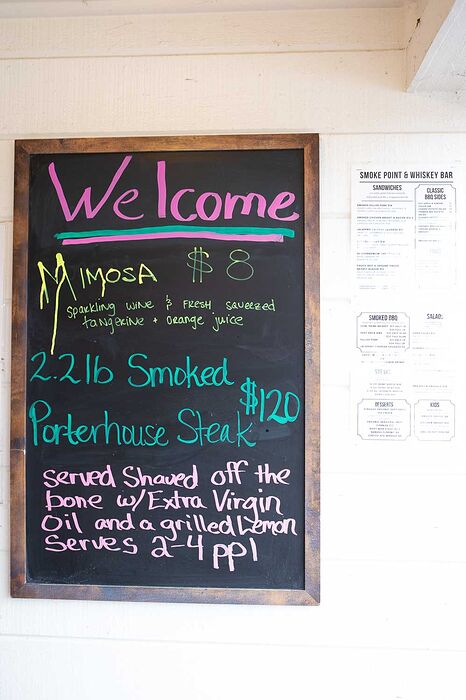