Yeganeh Bakery & Kafe Unik is a little Persian cafe, sandwich and juice cafe morphed into one, a block or two from Santana Row in San Jose. They also make sandak bread that received praises from the community, and other Persian items like hamlin, zaban, etc.

A couple of months ago, I stopped by to get some dinner with my kid after my ‘real’ dinner experiment in a Sunnyvale Mediterranean restaurant totally flunked in both quality and quantity. As I lined up to get my sandwich and pastry, I saw the presumably Persian couple in front of me order something that I don’t recognize from the menu- kale pache.

Curious. After I’ve gone home, I looked up the dish. It’s also known as kaleh pacheh or khash, and for those of you who are as ignorant as me about the dish- it has nothing to do with kale the vegetable. It is literally translated as head and trotter, and is a dish of boiled cow or sheep’s feet and/or head, although other cow parts, such as the brain, head and stomach may also be used. In Yeganeh’s version, it has one pache (trotter), one zaban (tongue) and one brain plus the juice.

According to the cafe, kaleh pacheh is the only item not on the menu. The dish is available every Saturday and Sunday starting at 8am until they run out. For scheduling reason I haven’t been able to make it back. Also in the meantime I have talked with a Persian couple who says that its quite a cholesterol bomb because of the brains. At some point in the future, I will try to work up the courage to try it. I think there may be one other place in the Bay Area that serves kaleh pacheh.

Here’s a picture of a place in Iran serving the dish: 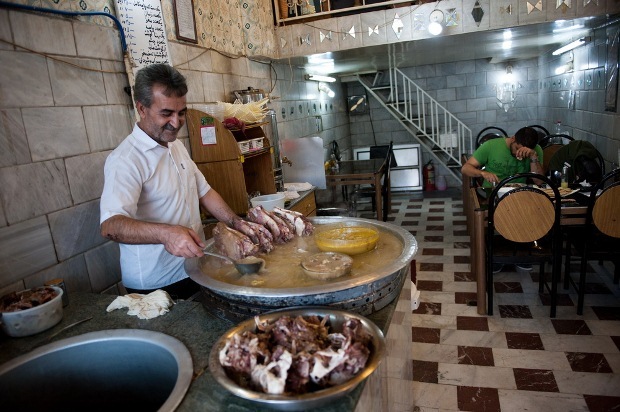 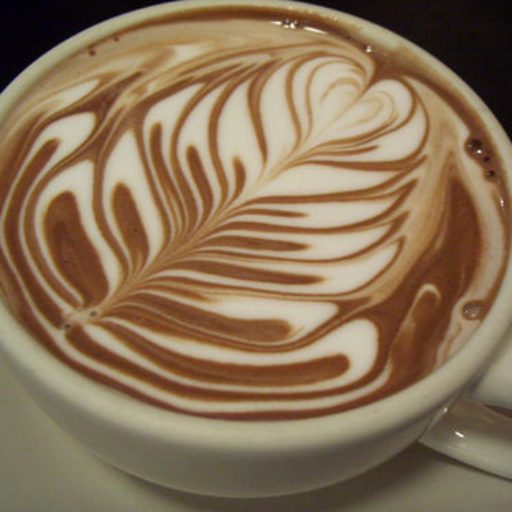 Totally enjoy offal, but brains have been on the avoid list ever since we found out about prions…

Fully cooked is still an issue?

The people in front of me didn’t get yelled at for moving slowly in ordering their soup. So I guess not!

Wiki: ‘Yeganeh was born in Iran and had lived in Khorramshahr prior to moving to the US.’ Perhaps I should ask if they are relatives.

See several paragraphs down about how cooking does not destroy the prions: http://www.thedailybeast.com/10-facts-about-mad-cow-diseases

Ah. Thanks. The risk (arguably small but outcome consequential) one needs to take for a good bite!

My guess is the risk is also dependent on the provenance of the goat. I am guessing its not really an issue in Iran if the animals are raised in an environment with a diet considered normal for them…