I had a solo dinner at Lilohilo Yacht Club in the Tenderloin/Nob Hill, SF, a Hawaiian influenced restaurant from chef Ravi Kapur that has had a lot of buzz. Managed to walk in and luck out on a seat at the bar. It was quite busy on a Saturday night. 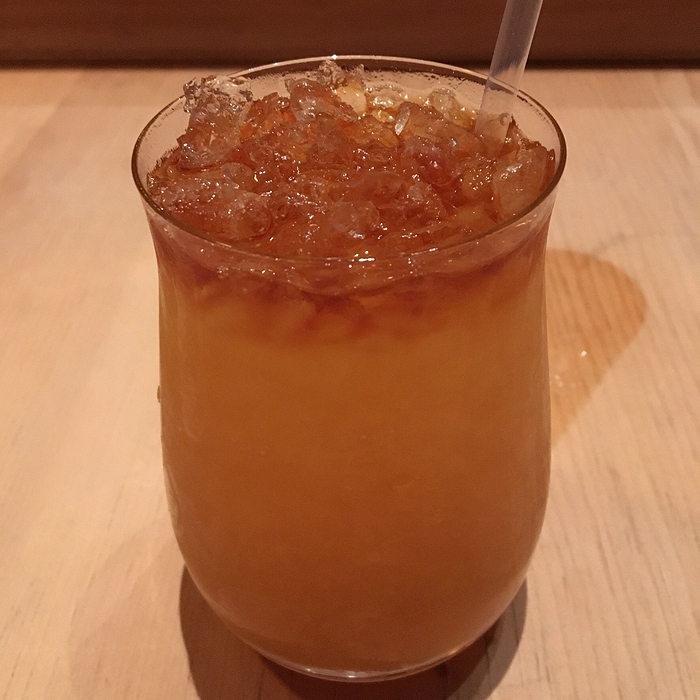 tuna poke, sesame oil, radish, nori cracker ($8.75 - half order)
Quite good, fresh tuna poke on a crispy fried battered(?) piece of nori. The poke was a little salty which was fine for me as I like salty. I liked the little bits of mayo(?) based sauce that gave it a little more richness. 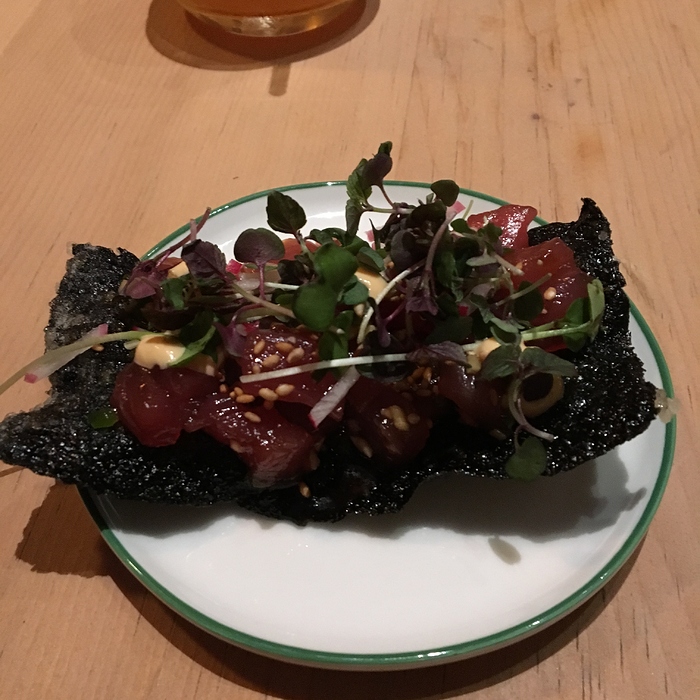 beef tongue, kimchi, cucumber, poppy seed steam bun ($7.00 - half order)
This was pretty good. A little spicy. Tender beef tongue. The spicy seasoning and kimchi kind of dominated the flavor of the tongue though. Noticed the texture of the tongue more than the flavor if that makes sense. The bun was like a Chinese steamed mantou, but covered with crunchy poppy seeds. 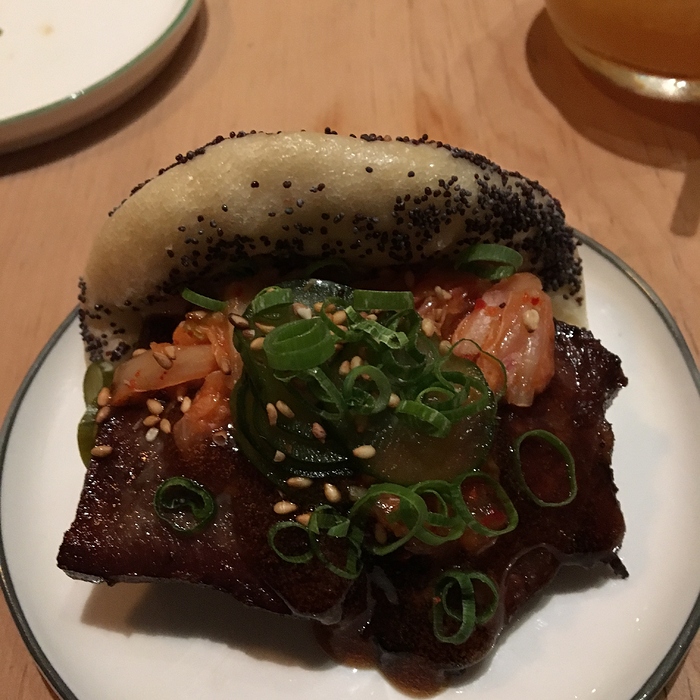 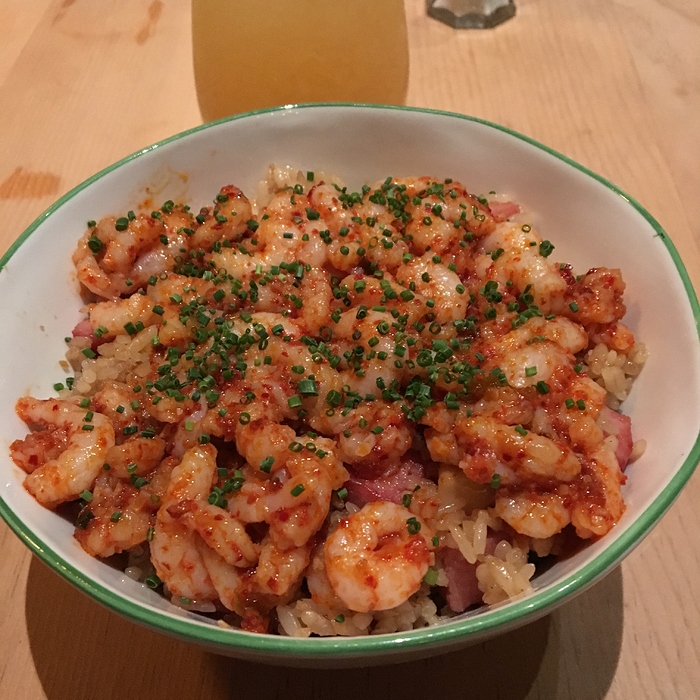 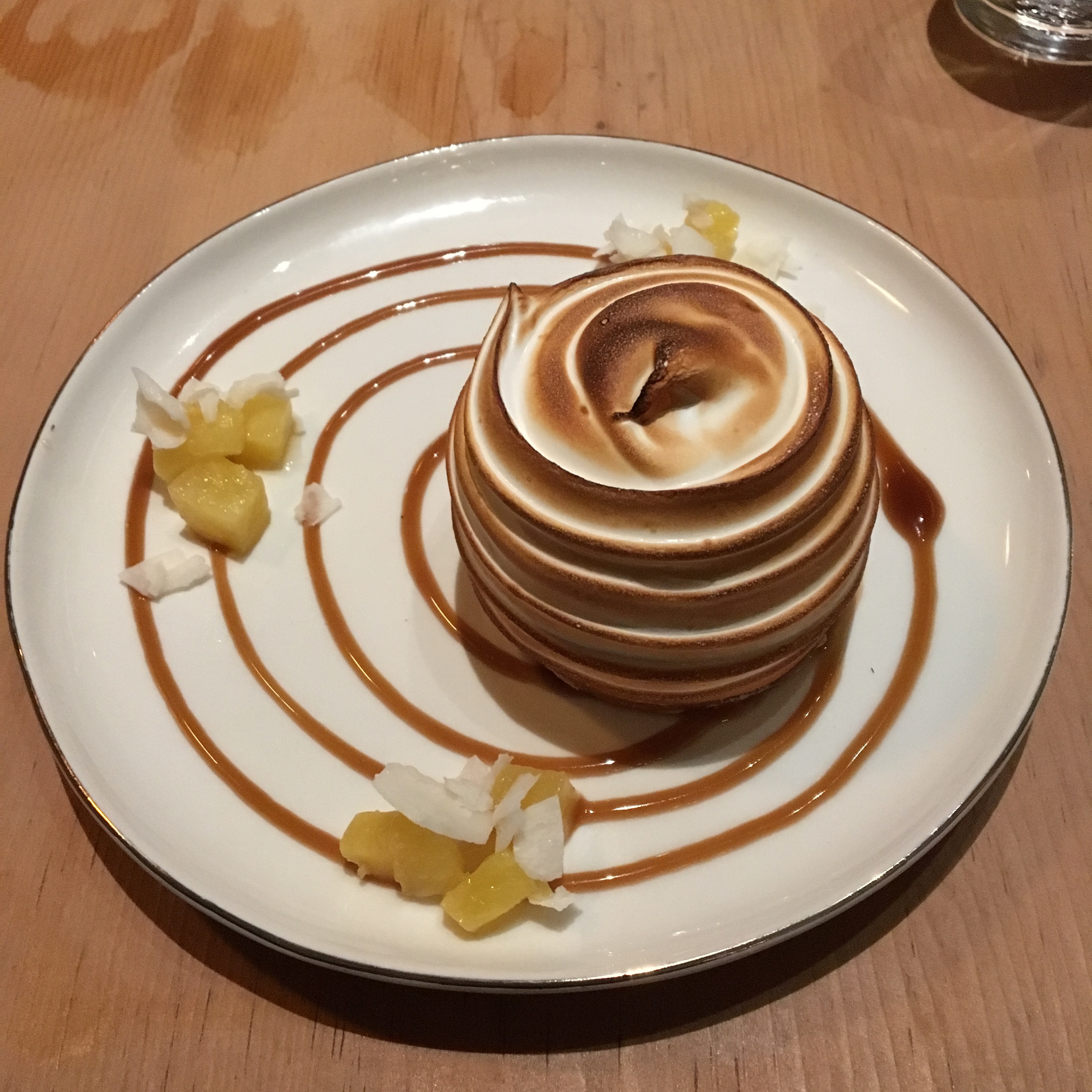 Went back to Lilohilo and tried a few more things. This place seems to be always crowded but if you don’t mind standing and the bar is full, you can actually order food and drinks at the little ledge that wraps around the front of the restaurant. Someone will come by and take your order.

duck liver toast, jalapeno, pickled pineapple ($11)
Tasty, the toast was thick and airy. Had the color of a whole grain bread. Sweetness of the pineapple chunks went well with the rich duck liver pate. 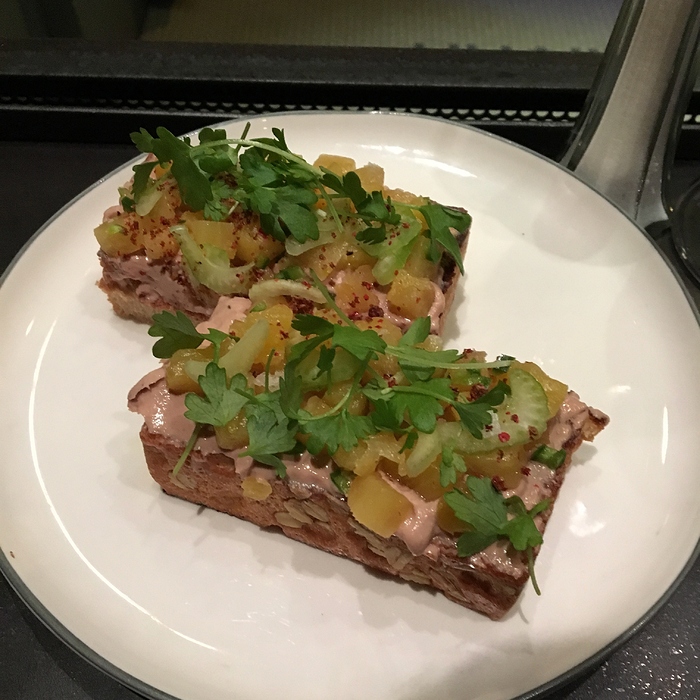 yellowtail sashimi, padrons, strawberries, white soy, brown rice vinegar ($17.50)
Interesting mix of flavors. I think there was some shiso leaf in here as well, or something that tasted similar. The strawberry slices were all sweet and ripe, and the sauce was a little tangy and salty. 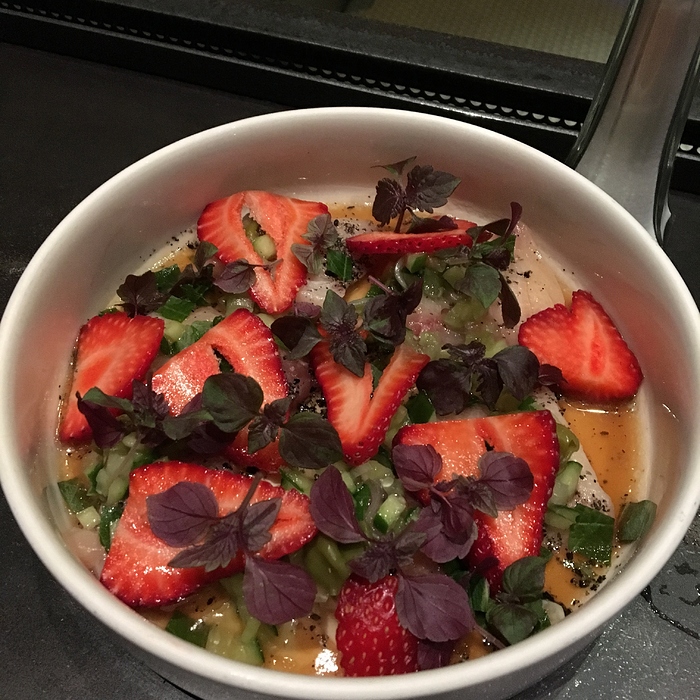 manila clams, coconut curry, fresh turmeric, naan ($17.50)
Really good. In addition to the listed ingredients, it had some slices of cauliflower as well. Good Thai influenced curry. The best thing about this dish though was probably the naan, which was warm and had an excellent texture, soft and fluffy. Mopped up the rest of the curry with it. 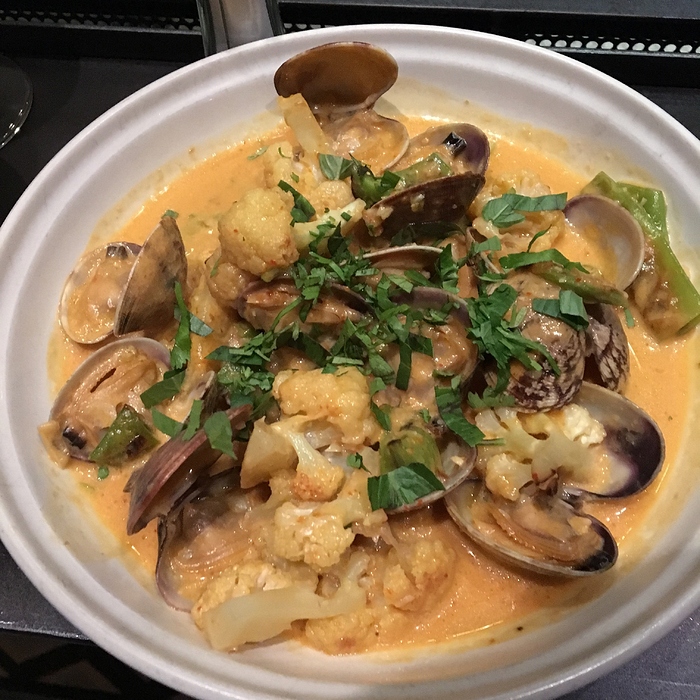 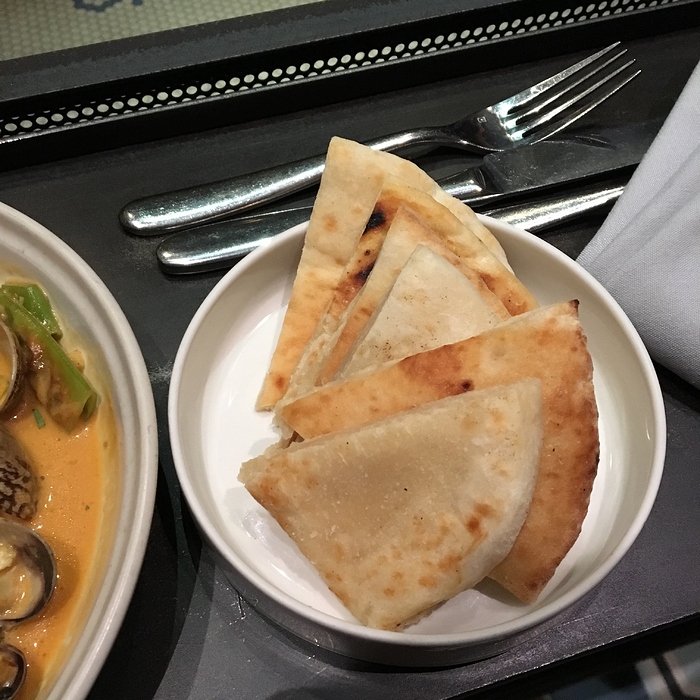