A visit to Mangal Mediterranean was prompted by Melanie’s praises of Chef Vahit Besir, a lack of any prior dinner planning on a Saturday and a desire to eat close by after a visit to SFMOMA. I was not familiar with the chef and his previous ventures, though. Since I am banned from replying over there I thought I would post my thoughts here.

Adana kebab was well-flavored and grilled to retain its moisture. I was, however, more impressed by the accompanying rice than the good kebab. The rice, which looked to be a type of long grain, perhaps basmati, was parboiled, and aromatically flavored by itself, with slivers of almonds mixed in. Its further enhanced by the fine job it did in mopping up the meat sauces. 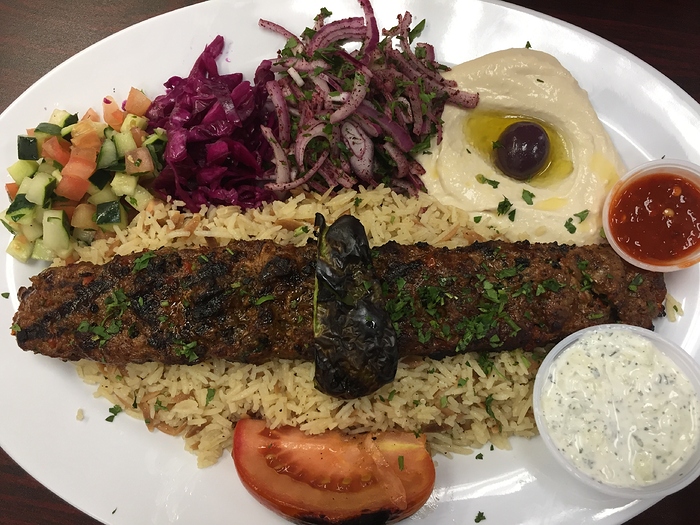 Alexander/ Iskender kabob: This is a monster of a dish as its heavy with all that meat and butter. I recall an Iskender I ate like a decade ago at Anatolian Kitchen on Cal Ave in Palo Alto. It was so terrible that the flavors of the dish etched into my mind like the statue heads were carved into Mount Nemrut. It literally turned me off from eating Turkish for years. Thankfully Chef Besir has nothing to do with Anatolian Kitchen and his version is much better. That said, I should have just gotten a second Adana Kabob since I enjoyed the Adana that much more. 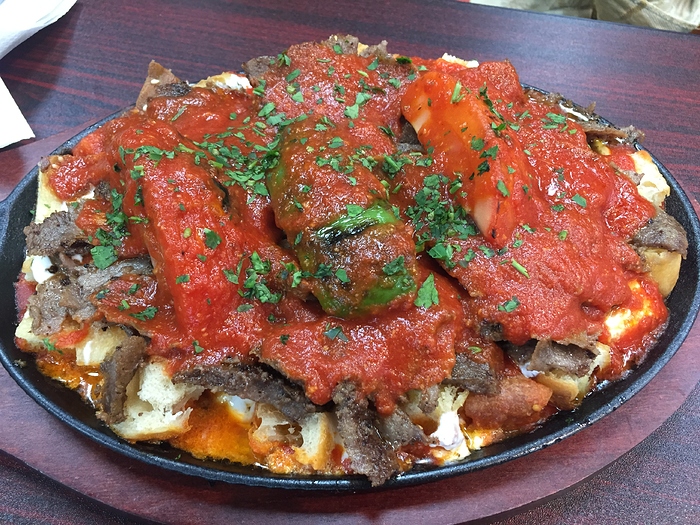 Adana kabob grilled over the fire: 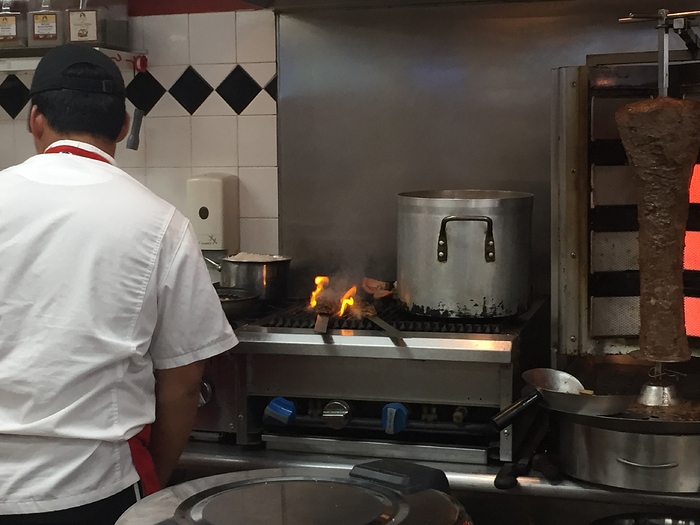 Apple ‘pie’. Not on the menu. Slightly sweet. Very good dessert . The chef saw me interested and asking questions about this and told me to just grab it and try. I passed on the offer. You can tell the chef is warm and hospitable. 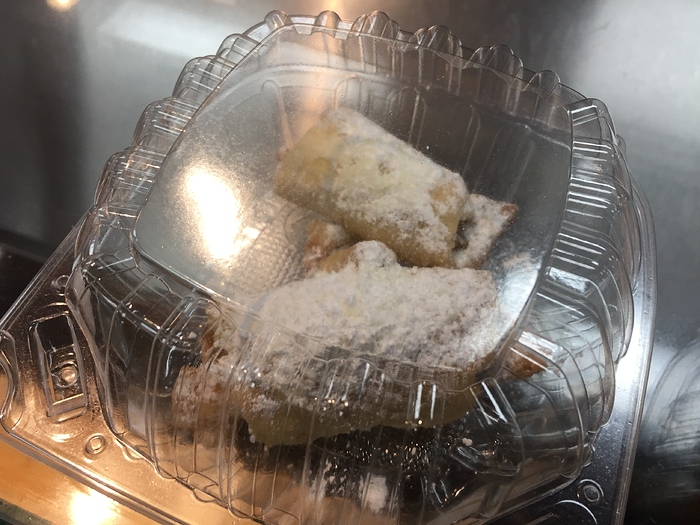 I forgot the name of this cake, but its similar to the semolina (that we also got) in taste, but with the addition of pistachios. Very moist. Not bad. 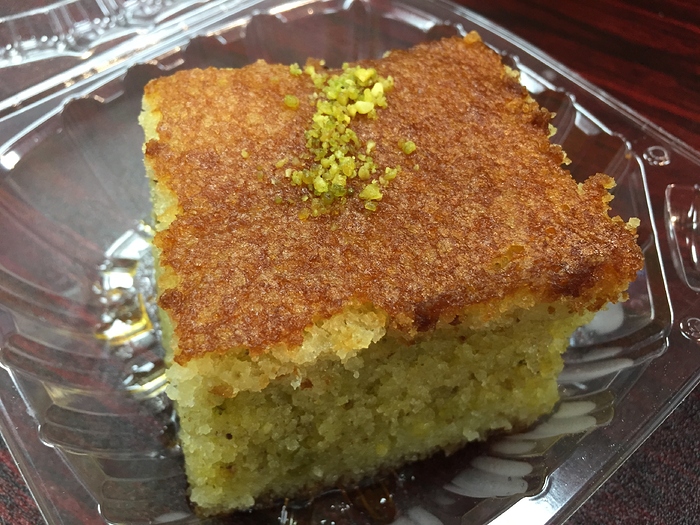 The chef gave us a feta pie fresh out of the oven. It was briny and hot. It was very salty though. We tipped more to compensate. 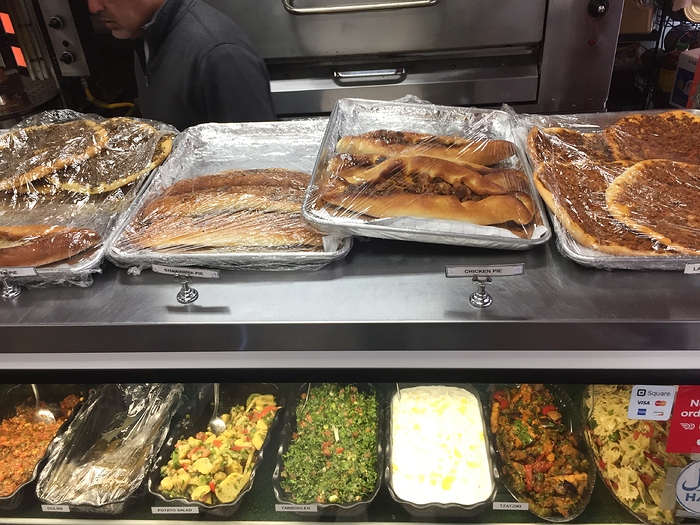 Turkish tea. Herbal, mildly sweet with the addition of the sugar. Refreshing. 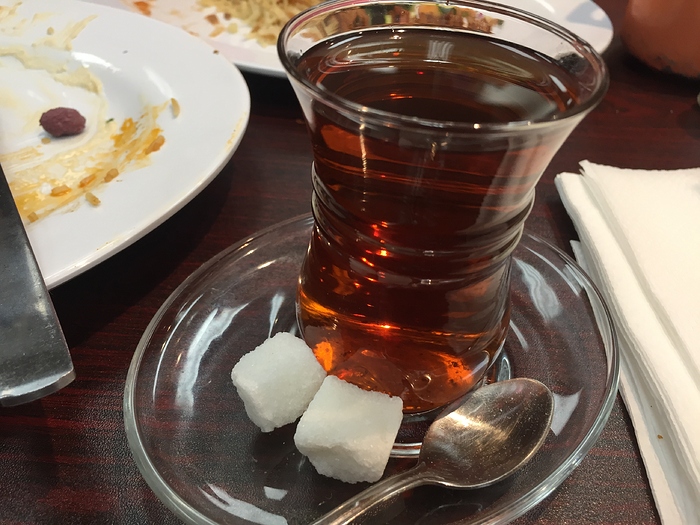 Mangal is a kitchen/ food counter inside an independent convenience store. It has a few very small tables. Across the street from a hostel.

According to this Wiki page: is the Middle Eastern name for barbecue and refers to both the event and the grilling apparatus itself. The word mangal is derived from the Arabic word manqal (منقل) meaning “portable” and originally referred to portable indoors heaters mostly replaced by Western-type stoves. 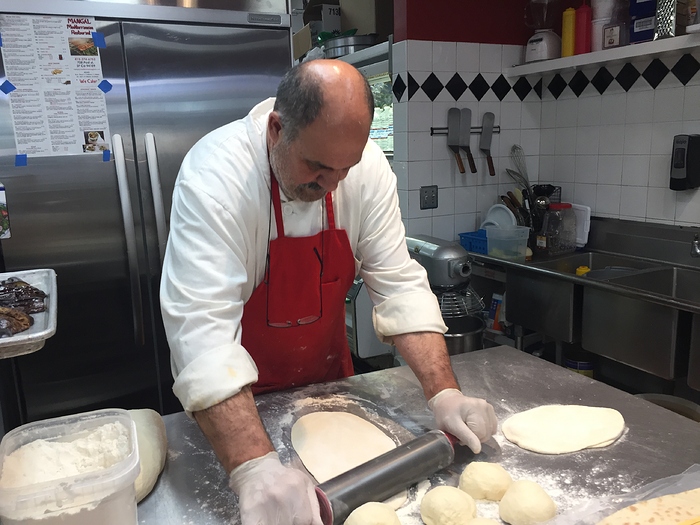 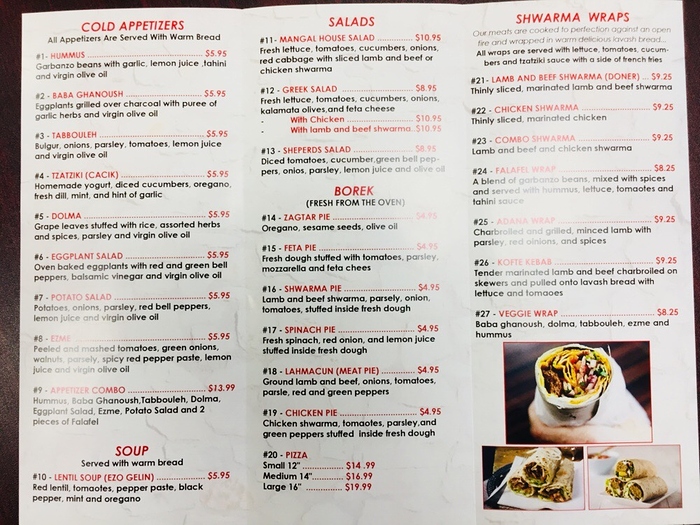 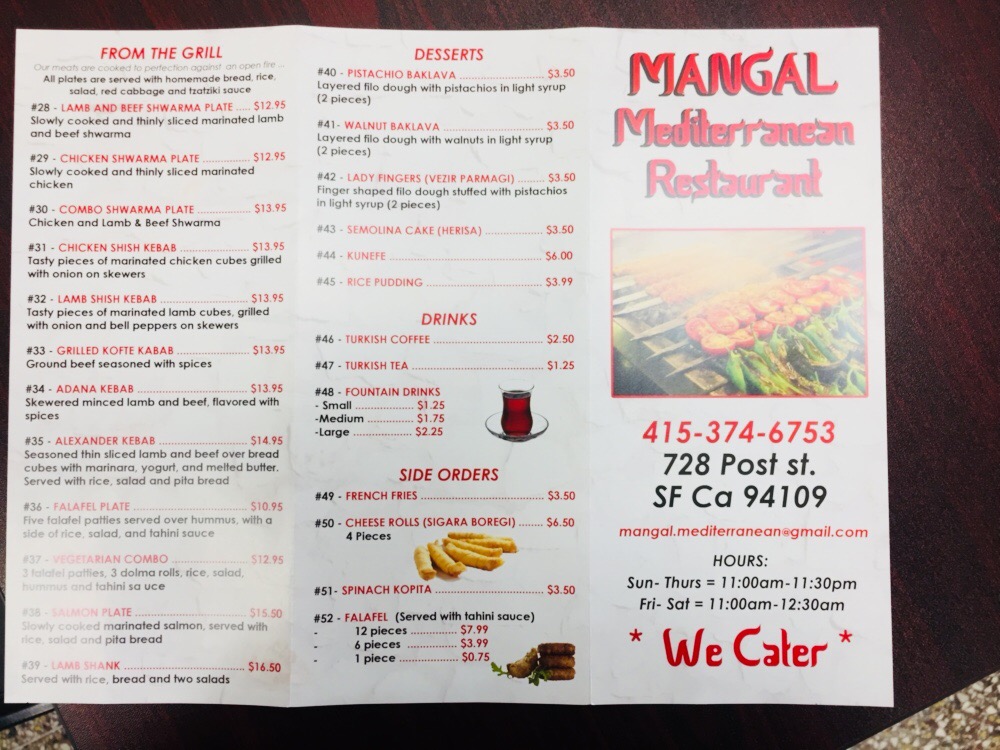