Barnzu is a Korean restaurant that opened up a few months ago in the Tenderloin. It’s from the proprietors of the now decommissioned Kokio Republic food truck, which specialized in Korean fried chicken, and Tamashisoul Sushi Bar. I haven’t been to Tamashisoul, but I’ve had Kokio’s fried chicken a few times and thought their KFC was only ok, so expectations weren’t too high.

I had a few dishes there over a few visits:

Fried Chicken Thigh ($12)
Barnzu has two KFC options on the menu - a fried chicken thigh “snack” and a larger fried chicken dish in the fried section. The chicken thigh is boneless, and the entree sized portion has some bone-in pieces. I think they both use the same sauce.

The chicken thigh was cut into strips, possibly to maximize surface area for the crust. The crust was a big part of each bite, and didn’t get too soggy from the sauce, which is gochujang based and a bit sweet. I liked it better than the chicken I remember getting from the Kokio truck. They’ve made some improvements. 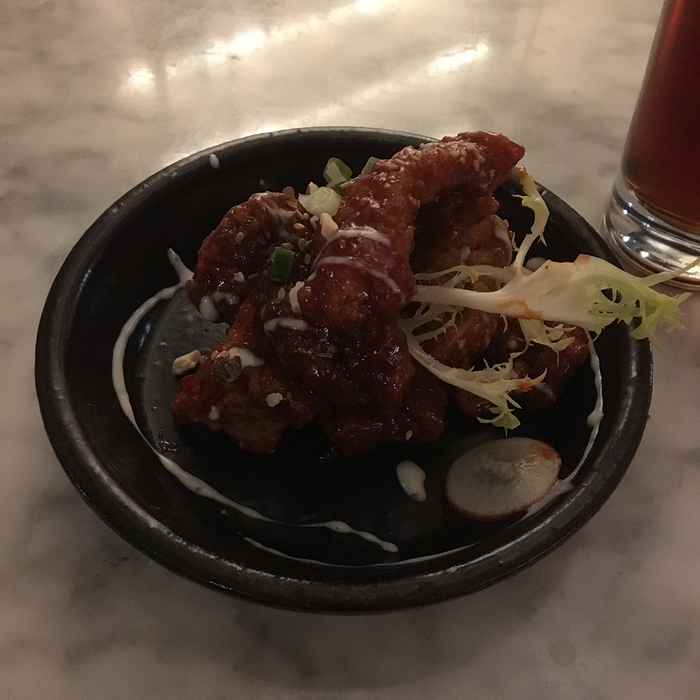 White Jjampong ($16)
A noodle soup that was nice and warming on a chilly night in SF. Lots of cabbage. Good milky white pork bone broth that was savory with a lot of umami flavor. Maybe a bit of MSG in there too. It had a few clams in their shells, hard sausage, and a few shrimp that were slightly overcooked. Noodles were thin and crinkly, and firm enough. 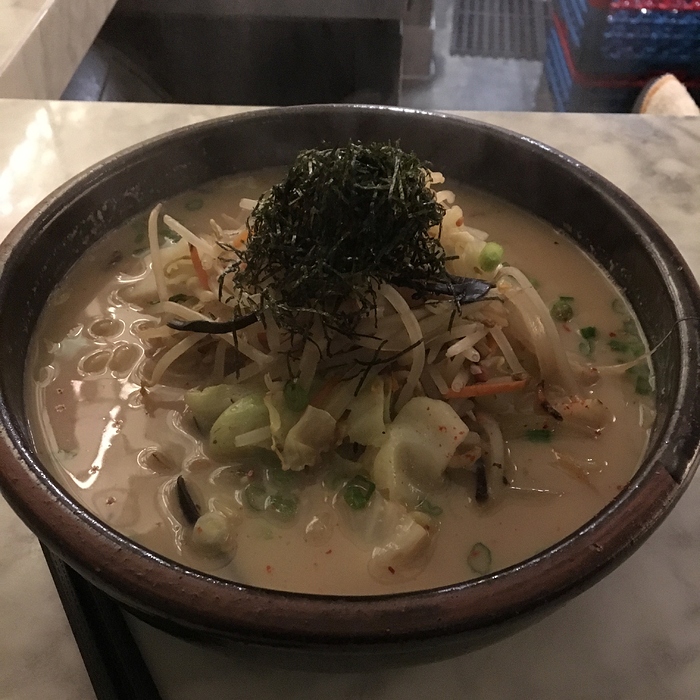 Seafood Jeon ($16)
Nicely fried with puffy crispy bits on the outside. Very crispy compared to other seafood pancakes I’ve had. The seafood inside was good but maybe could have been cooked a bit less done. 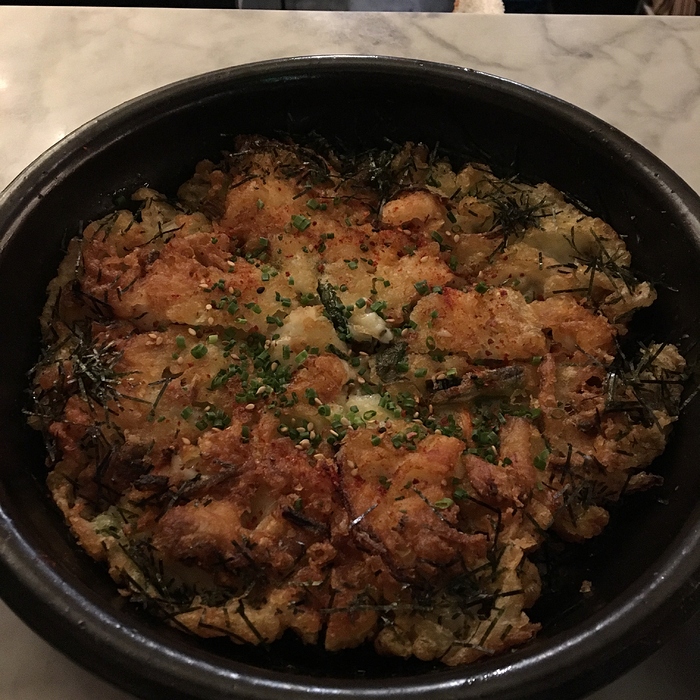 Brisket Jeon ($14)
This was kind of like a mix between a Korean jeon pancake and Japanese okonomiyaki. It was covered with a criss cross of mayonnaise and sweet brown sauce, then topped with chunks of brisket and bonito flakes that were dancing from the heat of the pancake.

The pancake was crispy on the outer edges but a little soft in the center of the plate. With the mayo and brown sauce added it tasted a bit like an okonomiyaki but without the cabbage. I liked it but preferred the seafood jeon. 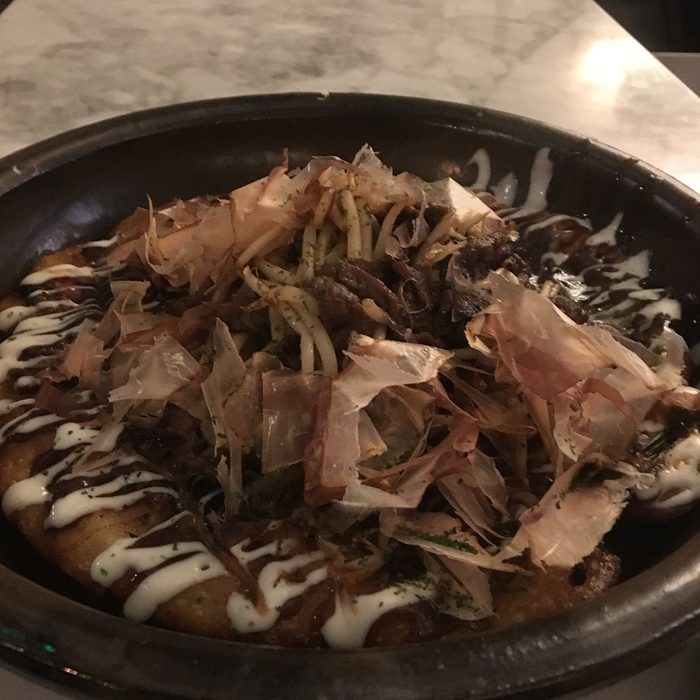 Barnzu’s menu has a mix of more familiar and traditional Korean dishes like bibimbap and japchae along with more modern fusion-y dishes. They even have a kimchi fettucine pasta dish on the menu. I liked what I tried and will be back. It’s also close to Mensho so it may be a good backup option for that if the line is too long there.