I am not sure which neighborhood Mogador Moroccan Bistro is supposed to be in- its located in that wedge between Market, the 101 off ramp, and Van Ness. This Moroccan place that has been open since the new year, and it seems to be in the process of trimming its Moroccan offerings, likely because of not a lot of people are looking for Moroccan in that neighborhood, and there isn’t a lot of foot traffic that passes through in the evening.

Which is a shame, because even though I was only able to try one of their main dish- the chicken tagine- it delivered, in its understated way. The three other dishes that I wanted to order were not available. The Friday couscous sold out during the lunch service, and I found out that they only made about 6 orders each Friday and lunch seemed to be the location’s relative strength. The other dish, the chicken bastilla, was a dish that the chef stopped making long time ago because he made around six in the initial batch, and it took months to sell all six. What? The other Moroccan joint in the city sells this many in half an hour. And they ran out of the harira soup.

So the chicken tagine was very subtly seasoned. The nuance came from the preserved lemon and the olives, with just enough salt that a Moroccan family cook may add in a home meal. Served with Acme baguette, its laid back, simple and delicious, even if the chicken was a little dry from possibly the result of grown too lean and big. The tagine was accompanied by Tunisian harissa, which provided a big contrast by packing a punch in herbs and spices. The tagine was a very satisfying dish.

The tagine (the dish) is started in some other cookware and finished in the tagine (the container). Traditionally the dish is cooked for a long period of time in the tagine directly, but this is San Francisco, I am not going to hold that against Mogador. No one in the city wants to wait 45 minutes for a tagine. 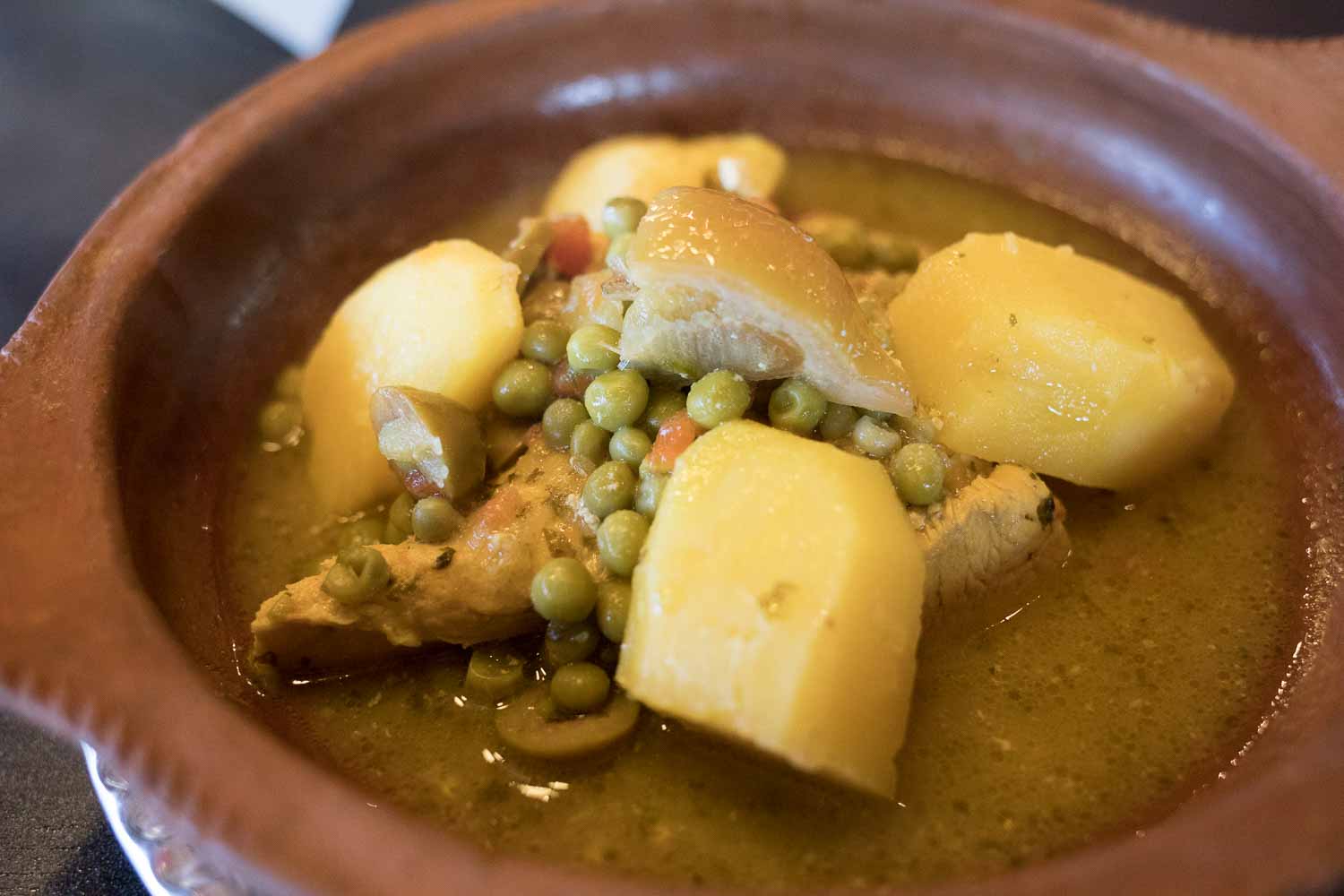 I also got a cookie and an almond roll. The crumbly cookie was barely sweet, and pretty nice. The almond roll was, a bit like a sweet version of crispy fried egg roll but with almond paste in the middle. That’s a good pastry. I heard from another Moroccan gentleman, a friend of the server, that the mint tea was very nice, served in an elaborate silver platter and tea set. 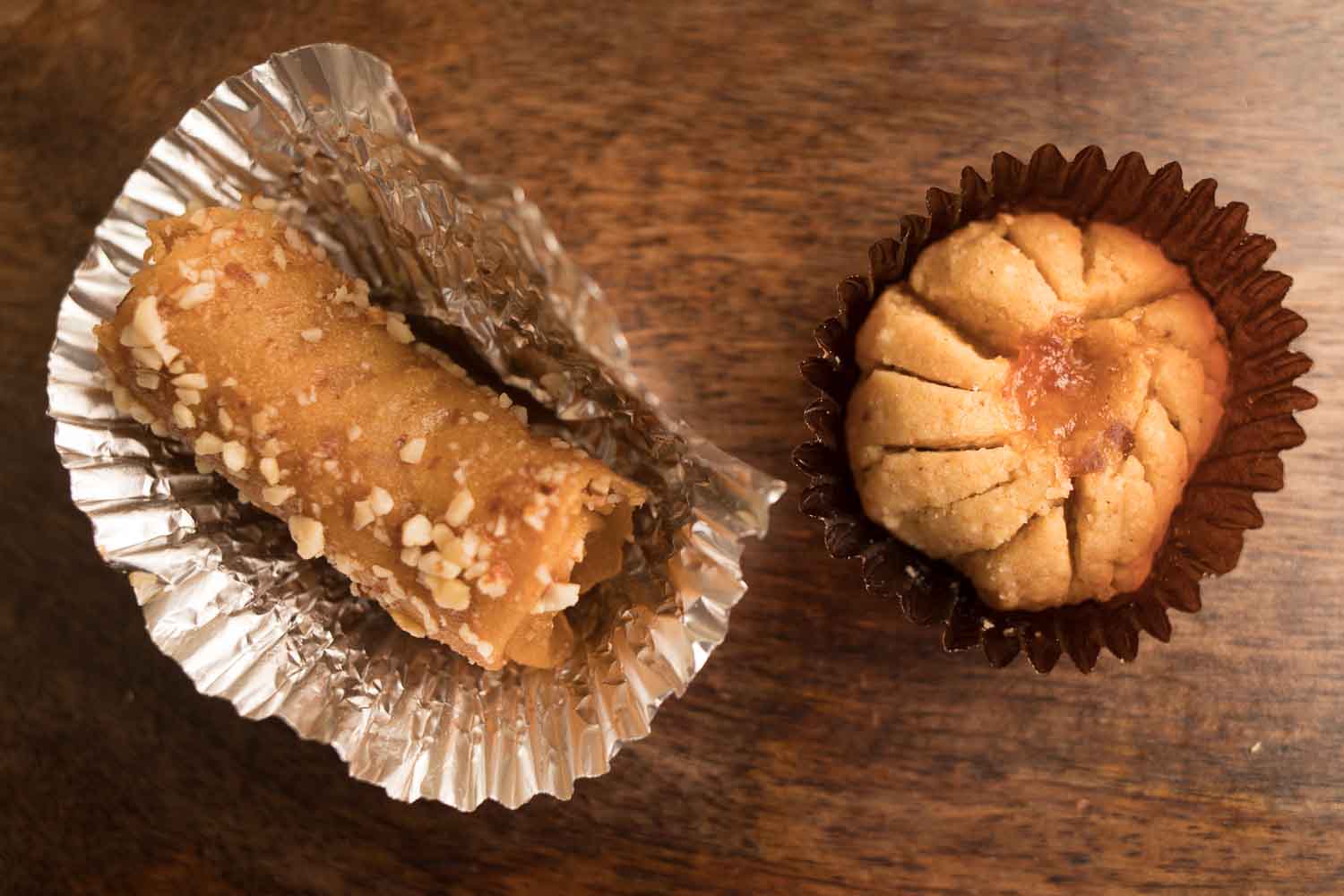 The chef originally came from Essaouira, the coastal port south of Casablanca and west of Marrakech, that used to be called Mogador. I peppered the server, who came from Casablanca, with a bunch of questions. He said the chef owns a few shops around there, and used to cook at a nearby restaurant called, if I heard him correctly, Essaouira (I first heard Sa-ouira, but there was no such word turned up in my search), in the early 2000’s. I haven’t heard of this restaurant, but I haven’t started paying attention to food in the early 2000’s, so I’d be interested to hear if anyone here has either heard about it or eaten there, and can comment on the skills of the chef.

If anyone gets a chance to try the couscous, can you please report back? I’d dearly love to know if their other dishes are also as pleasant as the tagine.

The chef is in the process of reworking the menu, by adding more American stuff and more kinds of tagine. Hopefully Mogador will retain its Moroccan character. And if the couscous turns out nice, Mogador is a restaurant that deserves more love from the community. Bummed they stopped making the bastilla. If a few of you wants to buy it I am more than happy to tag along. I guess its too financially risky for them to serve seafood here like they would in Essaouira. 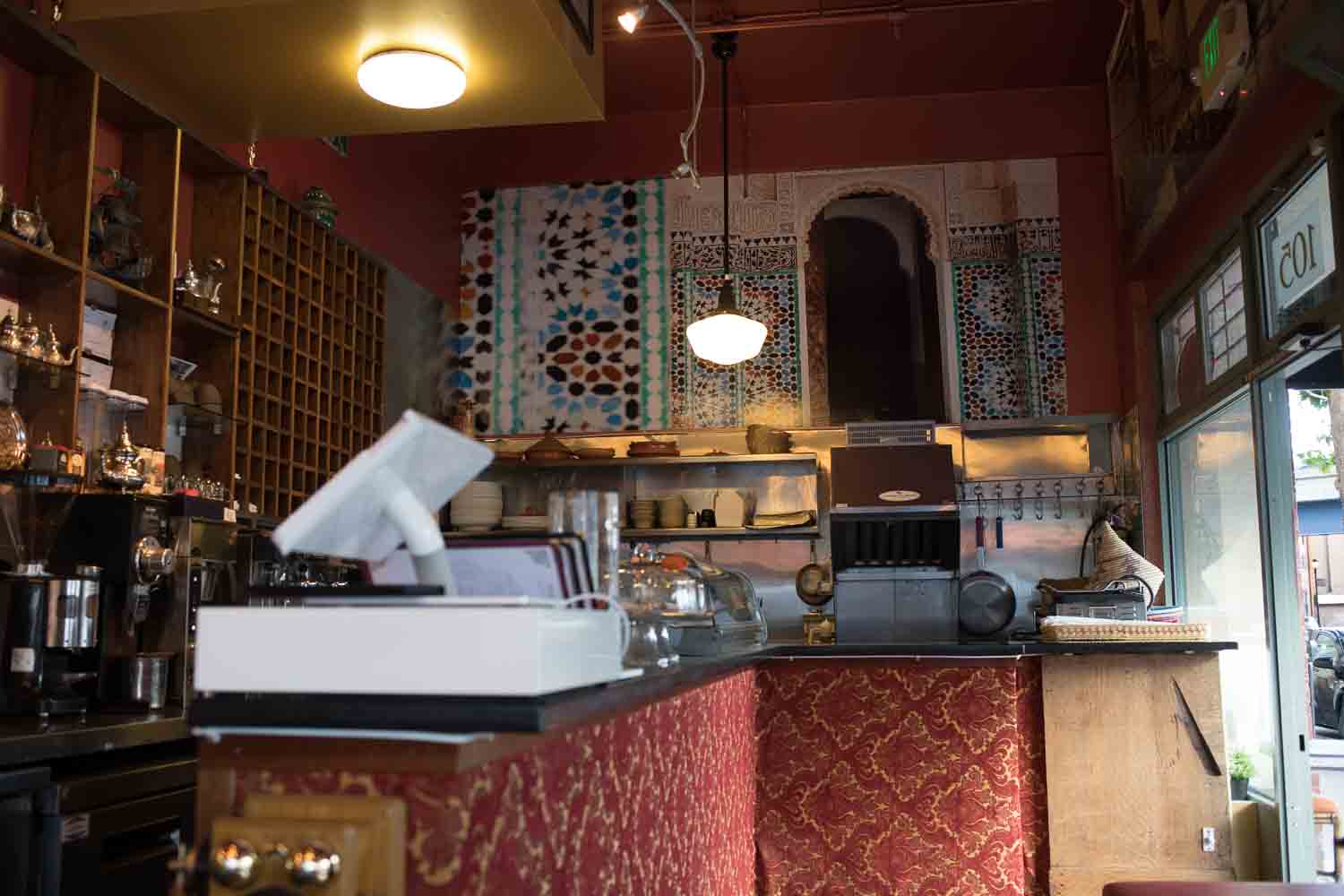 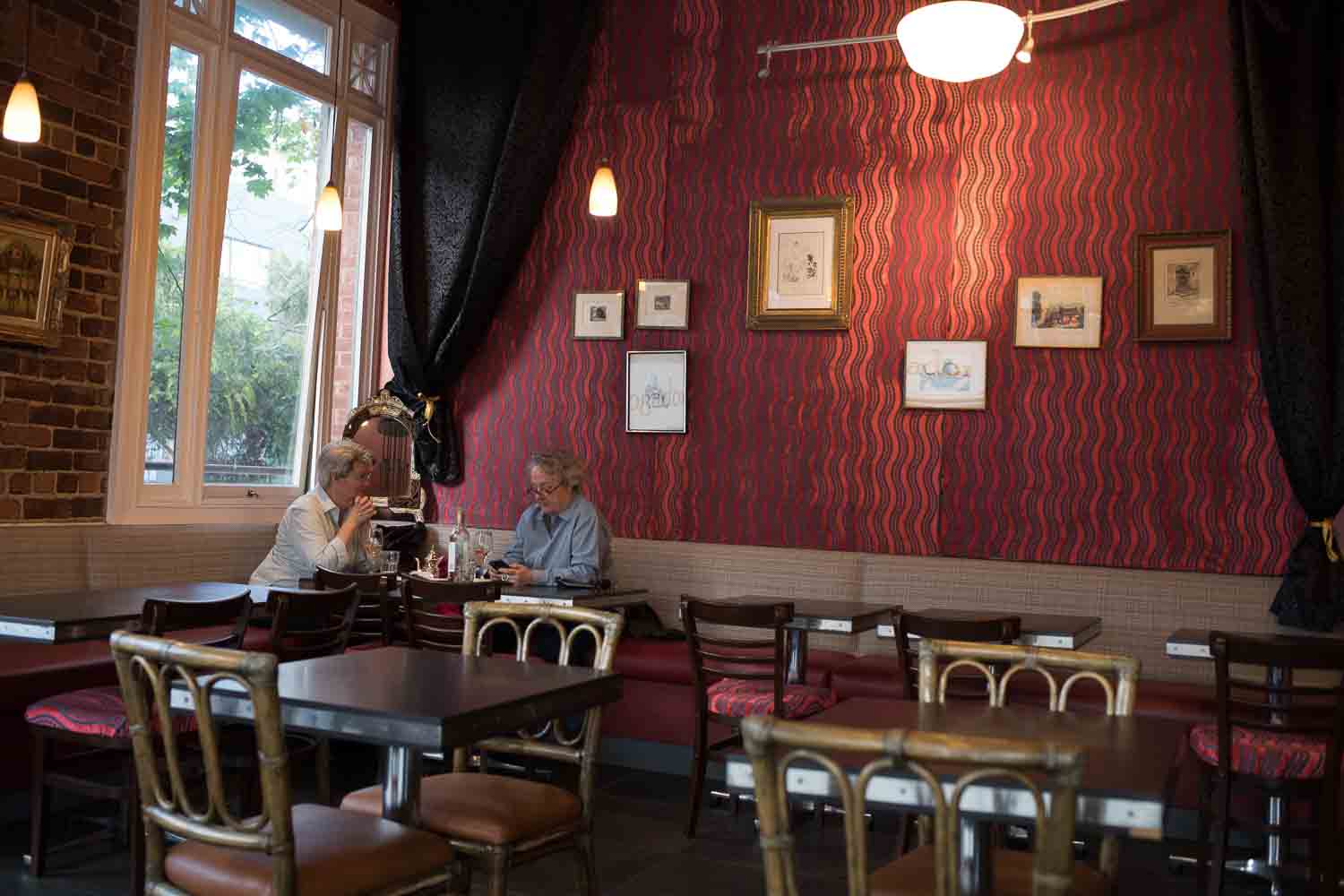 Battle of Mogador, depicted in this wallpaper. 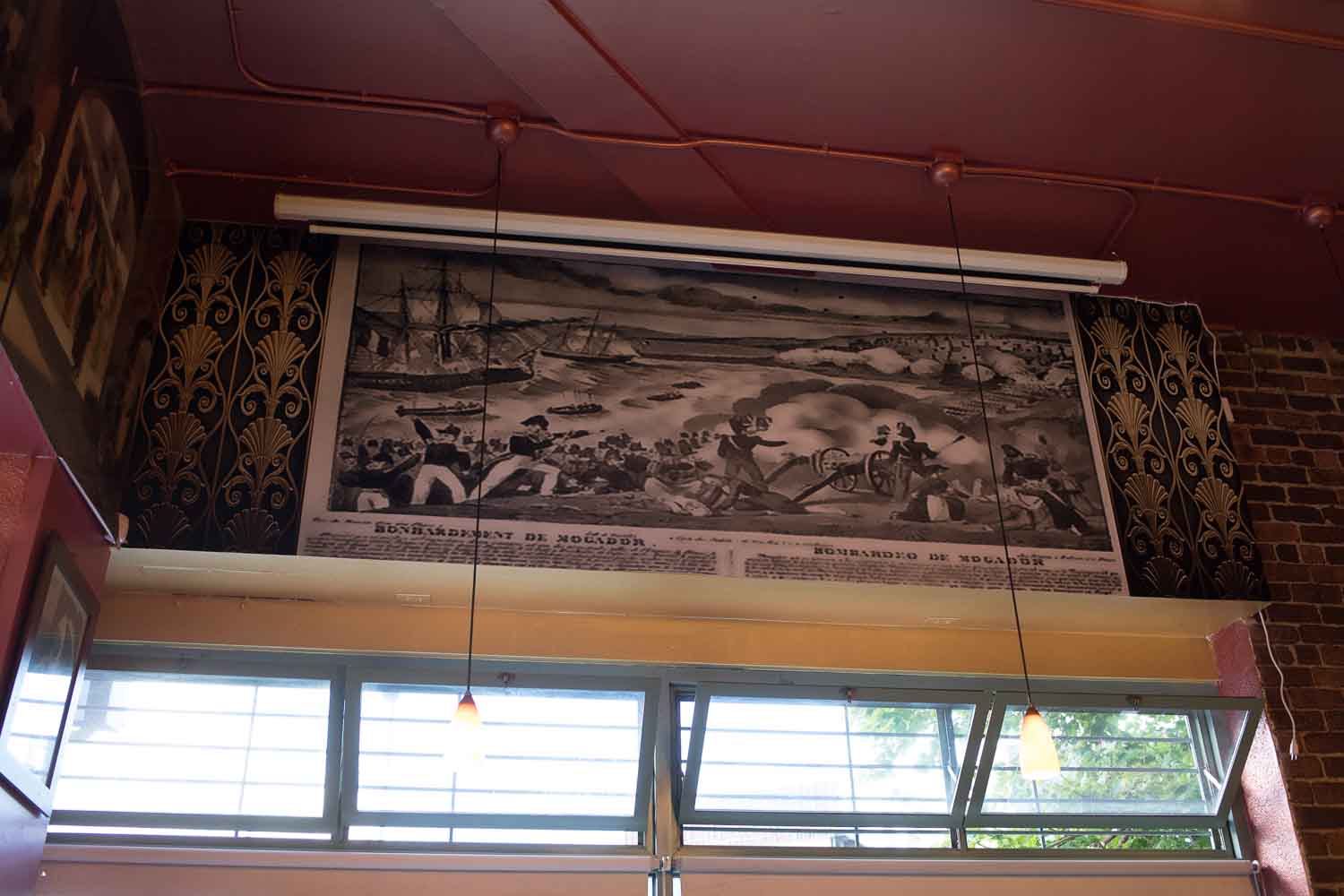 Not from Mogador, but the restaurant has some antiques, like this operating 1905 LP player, and 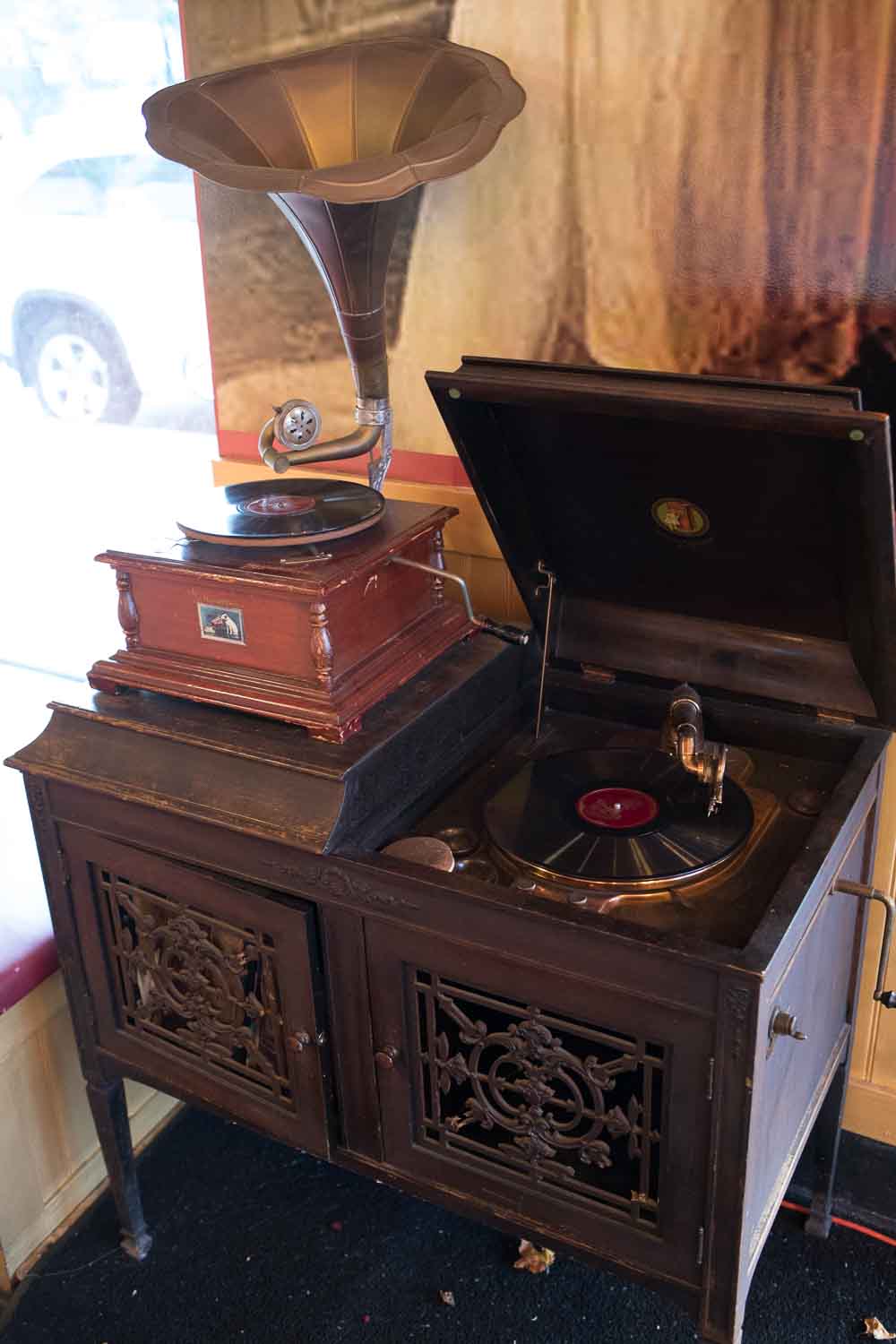 this old style phone. Yes, I am dating myself by declaring that not only do I know this is a phone, but I also know how to dial it. 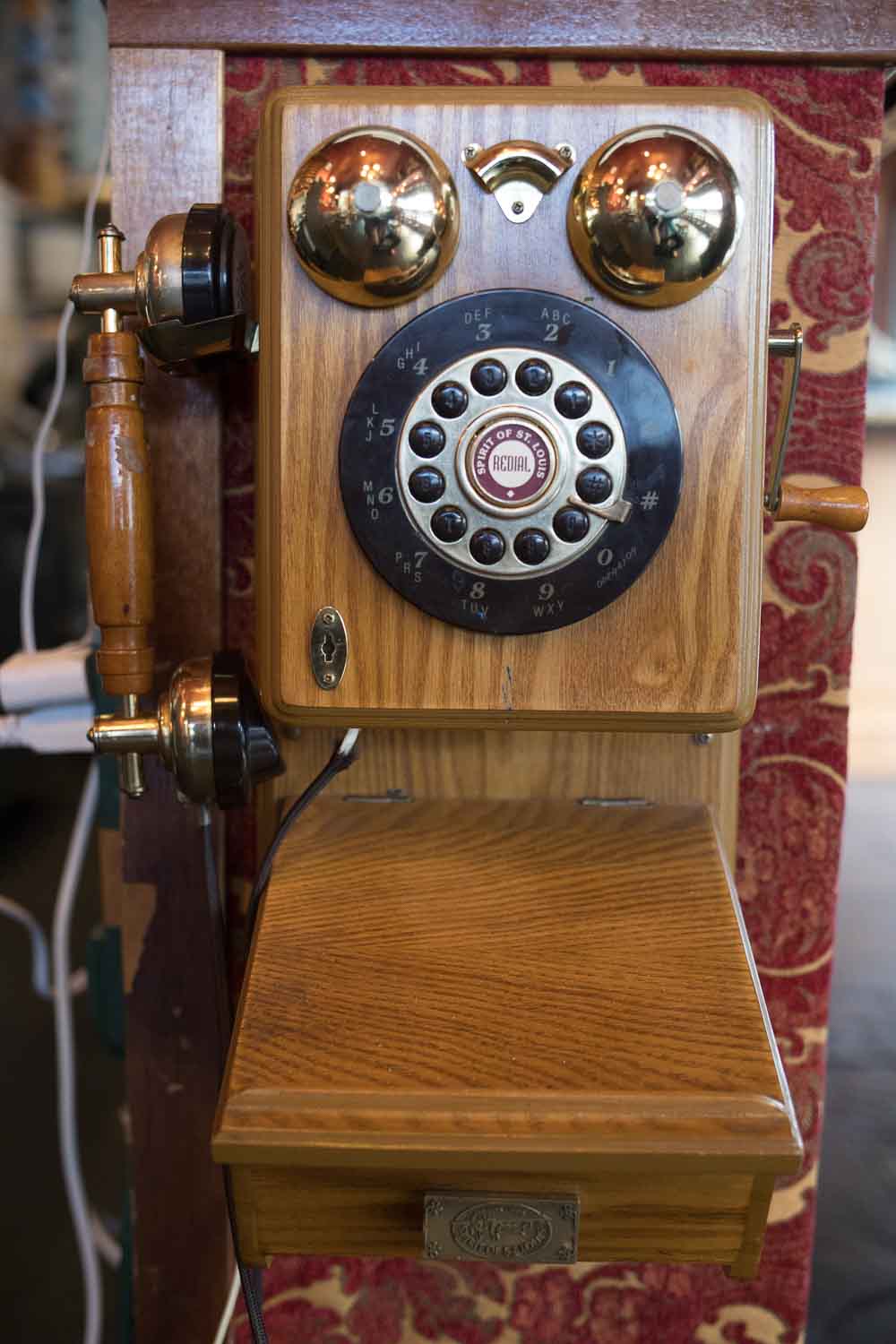 Don’t know, looks like a place with decent food, but badly managed and in a bad location. If people see most things aren’t available, they won’t be keen to go back and 45 minutes for a tagine? Maybe they need Gordon Ramsay’s service!