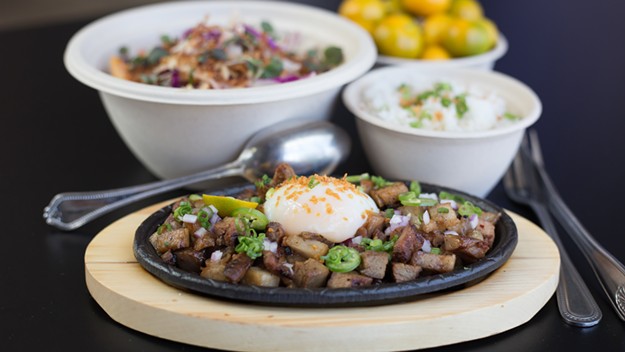 Find lumpia, chicken adobo, sisig, and more — made with quality ingredients and a lighter touch.

Two separate cuisines on same menu, same as what they do at Togi’s Mongolian restaurant in Oakland. Gotta pay the bills!

KAIYŌ is a Japanese/ Peruvian fusion place in the Marina.

Angler- as everyone knows already, opened. Anyone tried?

Arsicault is bringing their delicious croissants to a new Civic Center location: 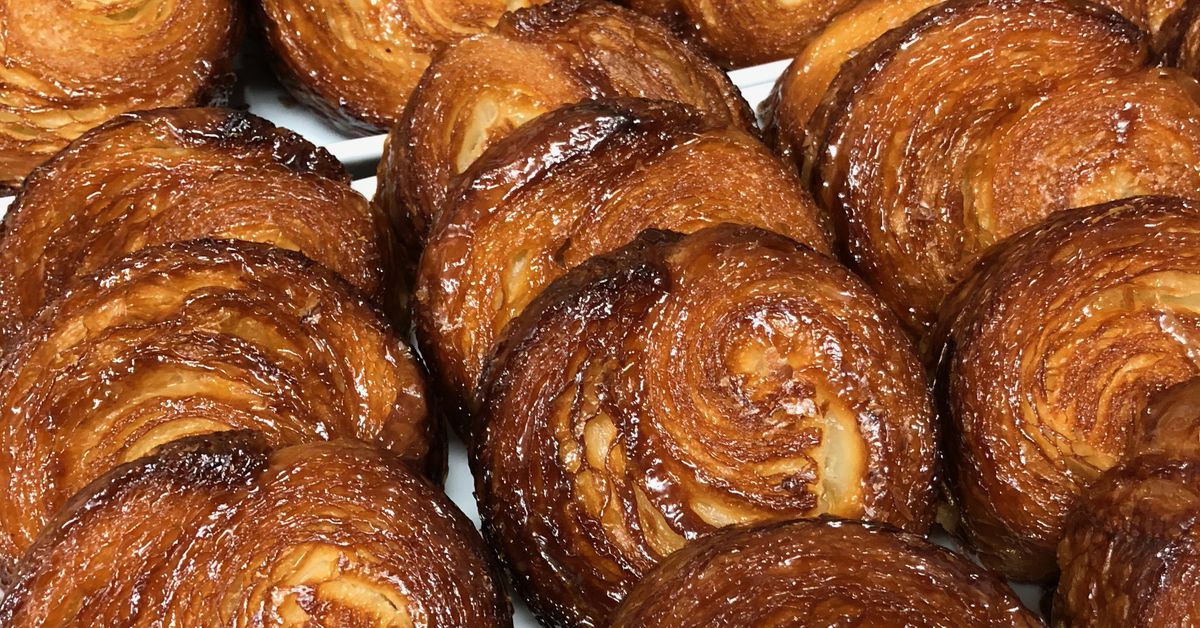 Has anyone tried the popup Noodle in a Haystack (now in Daly City)? Its ramen popup looks interesting, albeit expensive. 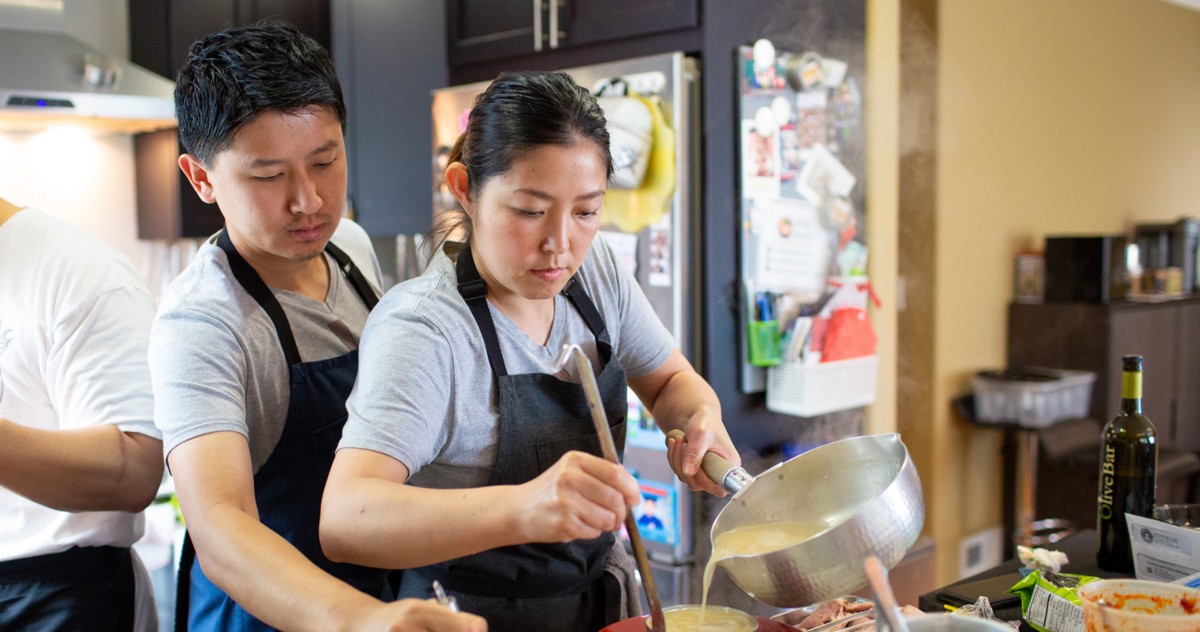 Inside Noodle in a Haystack, the local pop-up poised to change the Bay Area... 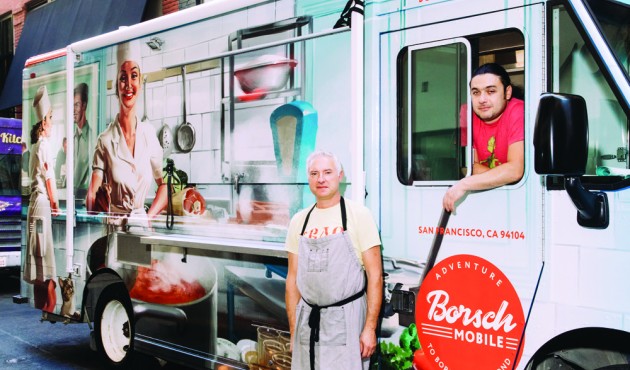 Quick! To the Borsch Mobile!

A taste of Russian-Ukrainian nostalgia, updated for the food truck generation.

And the food itself? “Everything we serve reminds me of home,” Teplitsky says. Many of the dishes are things that his mother and grandmother cooked for him. There are pelmeni, a type of Russian dumpling, filled with spiced meat and topped with sour cream. There are slices of salo, a cured pork fatback similar to Italian lardo, served with a smear of mustard on top of dark rye bread—a drinking snack that’s ubiquitous in Ukraine as a companion to vodka. And the borsch (or borscht) that inspired the truck’s name is another Ukrainian specialty that both chefs grew up on. The dill-forward vegetarian version they serve at Borsch Mobile is loaded with cabbage, carrots, onions, and beets, with a generous dollop of sour cream to add a hit of tangy richness.

All these dishes are served more or less the traditional way. But some modern upgrades are evident: Take what is probably Borsch Mobile’s most popular item, the beef-tongue sandwich. 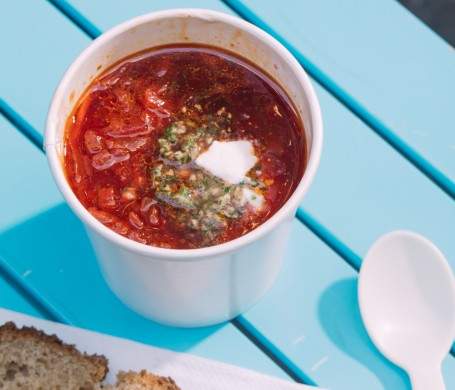 Photo, above: Hot borsch comes with a side of rye bread.

So sad about this Prubechu closure news. It was at the top of my list to try on our upcoming visit. Will have to wait for next jaunt to Portland and a revisit to the Chochu Local cart there.

Beyond Burma, 154 McAllister, opened a few days ago, per Yelp: 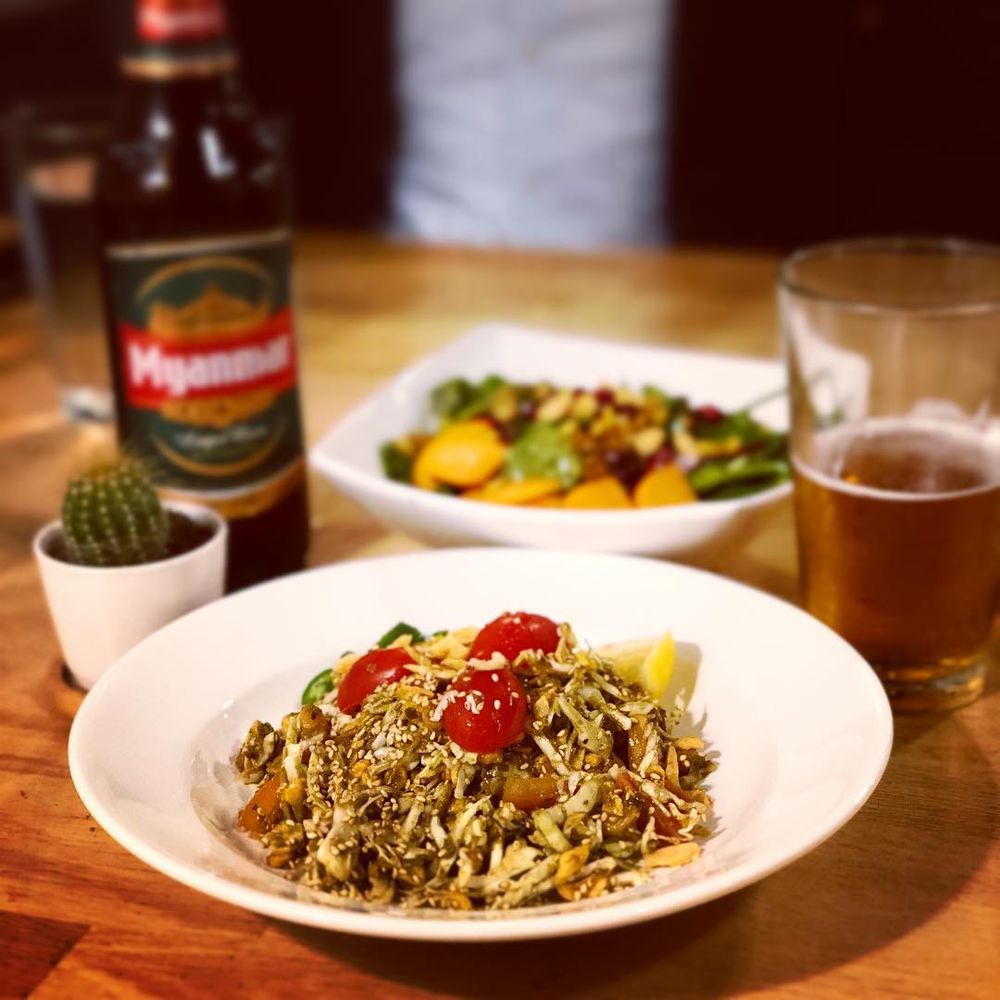 Specialties: Authentic and traditional taste with creative and fun menu by our special chef at this modern Burmese restaurant. Come and try out our amazing salad specials and delicious curry dishes. Established in 2018. Founder came to US…

Note to @hyperbowler and other peripatetic foodies: I need to update my monster Bay Area Burmese Restaurant list soon. Any openings or closings in the 'burbs I should be aware of?

Nomica is closing right after Thanksgiving. Supposedly it’s going to be replaced the week afterwards by a more neighborhoody lower priced izakaya with a different chef from Sushi Ran. It’s worth checking out before it closes for the dashi mashed potatoes - basically a more savory version of the Robuchon aligot. Also the rice dish and the parfait, and probably the karaage and the tempura maitake mushrooms.

Manny’s, which opened last week in the Mission, is a cafe, bookshop, social gathering and event space with the aim of bringing food, drink and political consciousness together in the tradition of cafe society of the past. Both the cafe’s mission statement and menu are interesting, and readable in the Yelp review photos. The food leans toward Middle Eastern (including Iraqi breakfast pastries and grilled haloumi sandwiches).

“Manny” is Emanuel Yekutiel, someone you’ll probably want to know. A former class president at Williams College, West Wing intern (under Obama), a global Gay Rights activist, Immigration Rights activist, and denizen of Forbes Magazine’s 2015 “30 under 30” list. But can he run a restaurant?

From Yelp (and check out the other photos, too!): 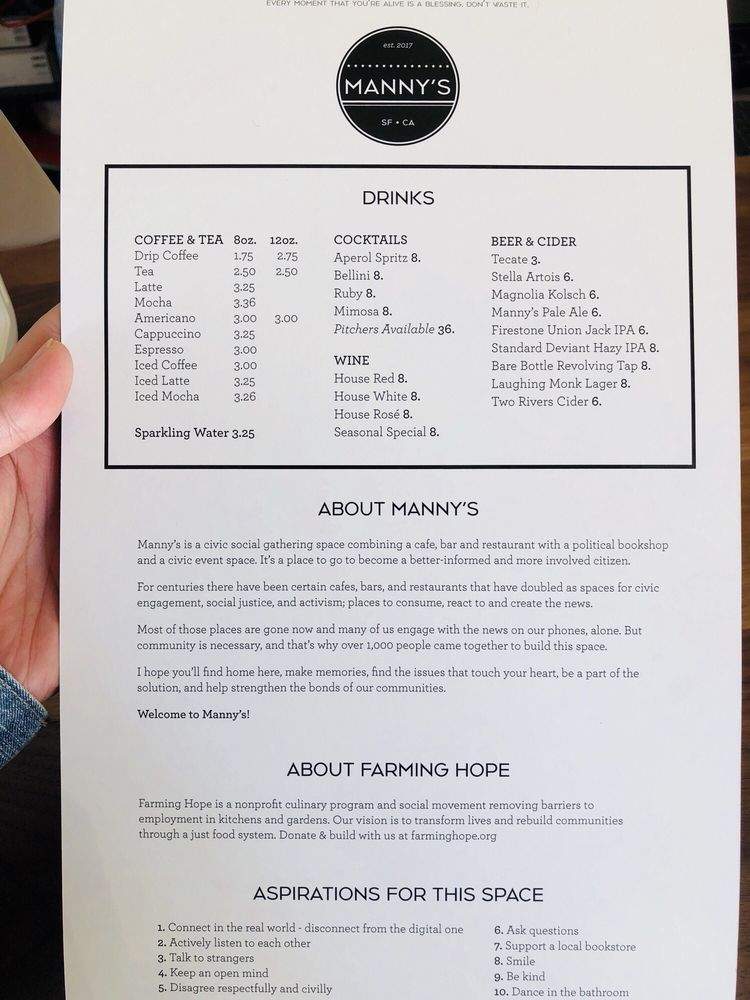 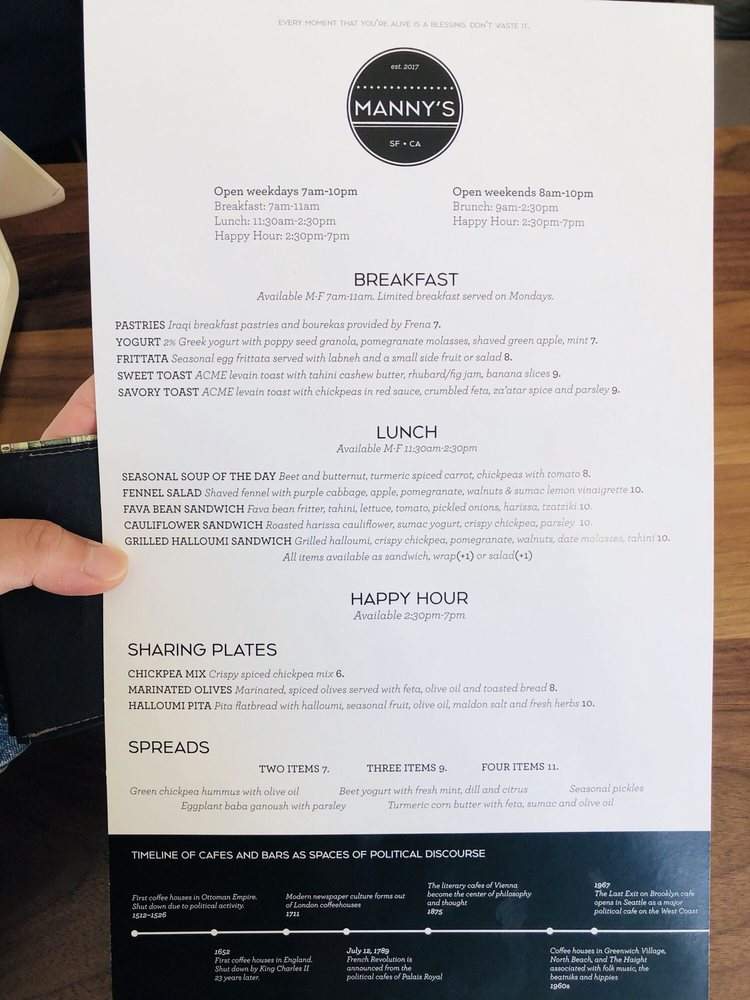 Burmese falafel, mmm and they have it in the samosa soup too, woot. Glad they offer a choice of lettuce or cabbage on the laphet thoke (traditional). I’m a little scared of the pomegranate and arugula version

White fungus flower salad is new to me. The Shan noodles sound intriguing. Mo hingar, check. Main courses are the usual takes on curries. And they are carrying Myanmar beer. https://www.beyondburma.com/

We may have a winner here for our Burmese dinner this trip. Thanks!

I walked by the space I’d heard Prubechu was moving to (the old Aster/Beast and the Hare location) and there are signs up showing that space for lease. Coincidentally, I also walked by the former Commonwealth location last night and saw a sign up for a permit for Prubechu. So…I guess that’s the plan now?