Cordon Bleu is a tiny hole in the wall Vietnamese restaurant near the corner of Polk and California in SF. It’s been around for awhile, opened in 1968, changing hands in 1995. It has claimed to be the first Vietnamese restaurant in San Francisco. More info on that and more in this SF Weekly article.

This was my first time here. It’s a very cramped restaurant, especially with people waiting for a seat or for their take out orders. There is a small counter in front of the kitchen, which has a small range, a grill, and a small deep fryer. There are also a couple of tables in the back.

I had dinner at the counter. I ordered the #5 ($10.48), described on the menu as: 1 piece 5-spiced roast chicken, 1 imperial roll, 1 shish kebab, country salad, meat sauce on rice. It was good. The best parts of the dish were the moist 5 spice chicken leg, which going by what I saw at the counter is marinated and par cooked already before hitting the grill, and the huge imperial roll. The imperial roll reminded me a little of the excellent ones from Tu Lan, but it was not as peppery and had maybe a thinner less chewy wrapper. The “shish kebab” in the dish is actually thin slices of grilled marinated pork, and was quite dry unfortunately. The country salad was basically shredded cabbage in a vinaigrette. The meat sauce, which covered the rice, was kind of a tomatoey and a little sweet. It was a very large amount of food and I was pretty stuffed after finishing it. Service was pretty slow - there was only one person manning the grill and taking orders. 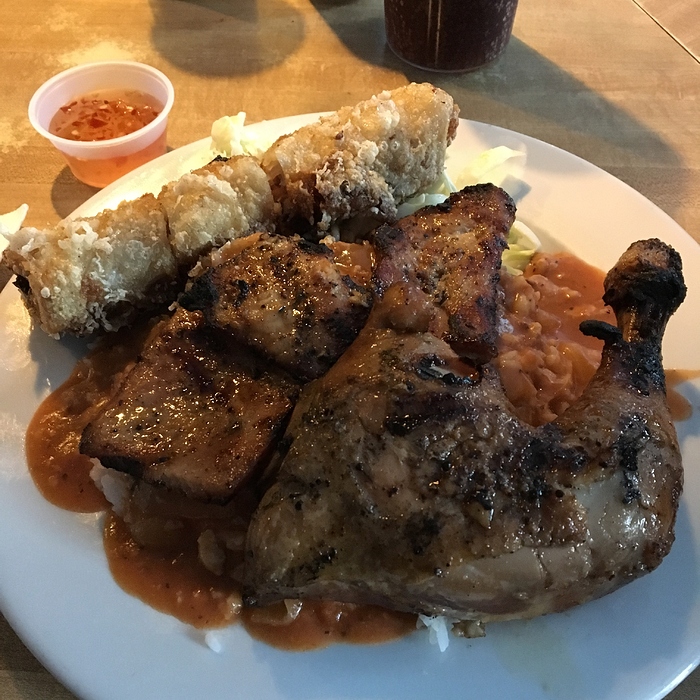 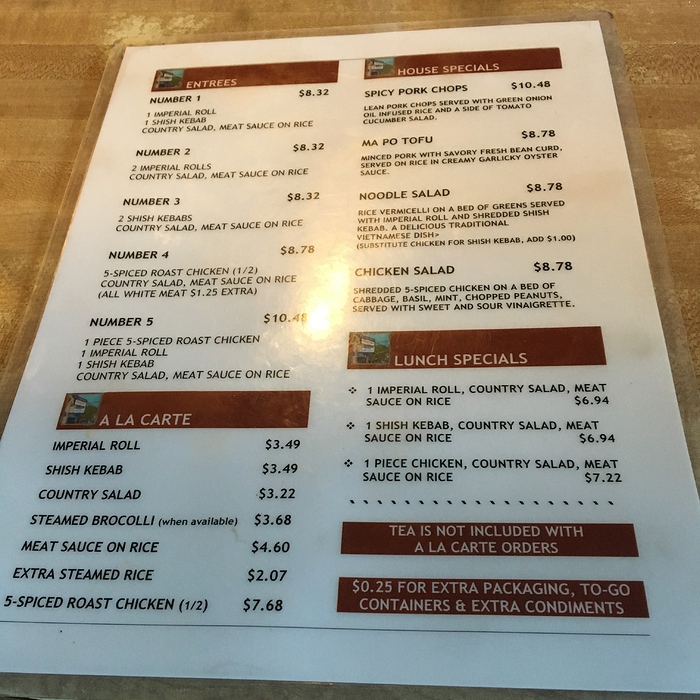 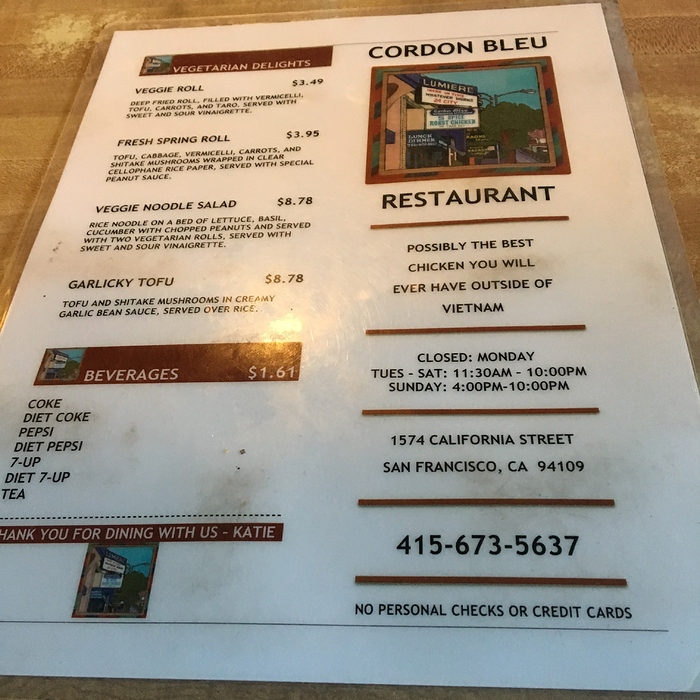 The Cordon Bleu counter was a hangout of mine when I lived practically upstairs from it from about 1971-1973, so it definitely predates the Fall of Saigon. I was always bemused by the discordance between its grandiose name and its humble facilities.

That menu, especially the combo plate section still looks familiar to me.