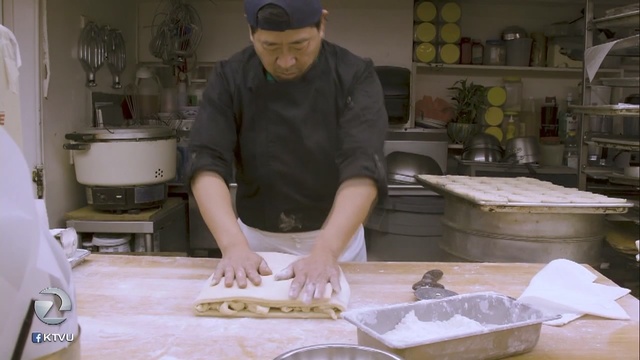 “Beyond having tourist come to walk the streets of Chinatown and buy pastries, I want them to ask questions,” says Emma Marie Chiang, a film maker and photography whose work is showcased. 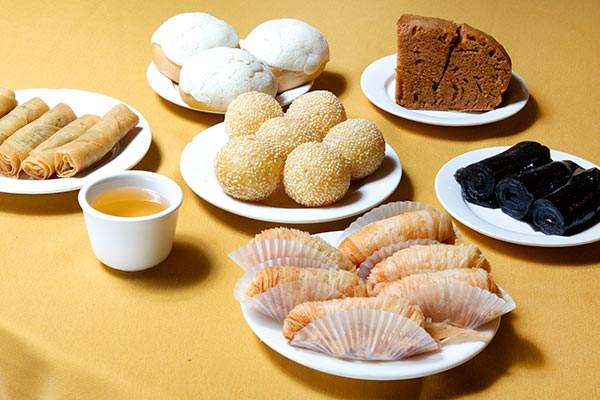 41 Ross Alley gallery will be exhibiting Chinatown Sweets and Pastries from Thursday, January 24 through Sunday, February 24, 2019. This exhibition curated by Chinatown Community Development Center explores the role that Chinatown’s sweets and pastries play for residents in their daily lives and on holidays and special occasions. This exhibit focuses on San Francisco Chinatown’s vibrant and unique culinary traditions at AA Bakery, Dragon Papa, Garden Bakery, iCafe, Ming Lee Trading Company, and New Asia. These places sell everything from dragon’s beard candy and egg tarts, to red bean buns, candied fruit, and sweet soup dumplings. These foods are more than just sustenance and a sugary indulgence for the soul – these foods help provide Chinese Americans with an identity and community built on shared meals and a little bit of sweetness. The exhibit features photographs and a film by Emma Marie Chiang with assistance from Martin Peter Bustamante, stories gathered by Vida K, and a lighted sign installation by Tiffany Hsieh and Brandon Ly.

Jardinière, a Pioneer of High-End Dining and Design in San Francisco, Will Close 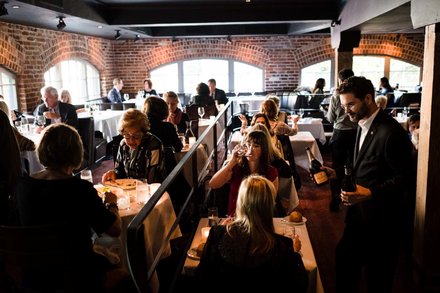 Jardinière, a Pioneer of High-End Dining and Design in San Francisco, Will Close

Jardinière was the first high-end restaurant to open in Hayes Valley, near the Beaux-Arts City Hall, which was undergoing a $300 million remodeling and seismic upgrade.
…
Ms. Des Jardins, along with the chef Nancy Oakes (who opened Boulevard in 1993), contributed to a more formal and technique-driven era of dining in San Francisco, defined by restaurants that mixed California cuisine and performance art, including Jeremiah Tower’s Stars and Wolfgang Puck’s Postrio, whose showy interior was designed by Pat Kuleto.
…
Ms. Des Jardins, who grew up on a 4,000-acre farm in the San Joaquin Valley, will also pivot from French-influenced cooking to focus on Mexican food. Her father is of French Acadian descent, and her mother’s family is from a village in the Mexican state of Sonora.

hat tip to John Birdsall’s twitter for the link

Escape From New York is closing two locations, including the Mission location on 22nd. I hope something occupies that space— former Lolo (cevicheria) and Los Shucos spaces aren’t open, leaving Pushcart Fare as the only (exclusive ) restaurant on that block.

What a bummer! I very often grab a slice after a show at the Makeout Room. 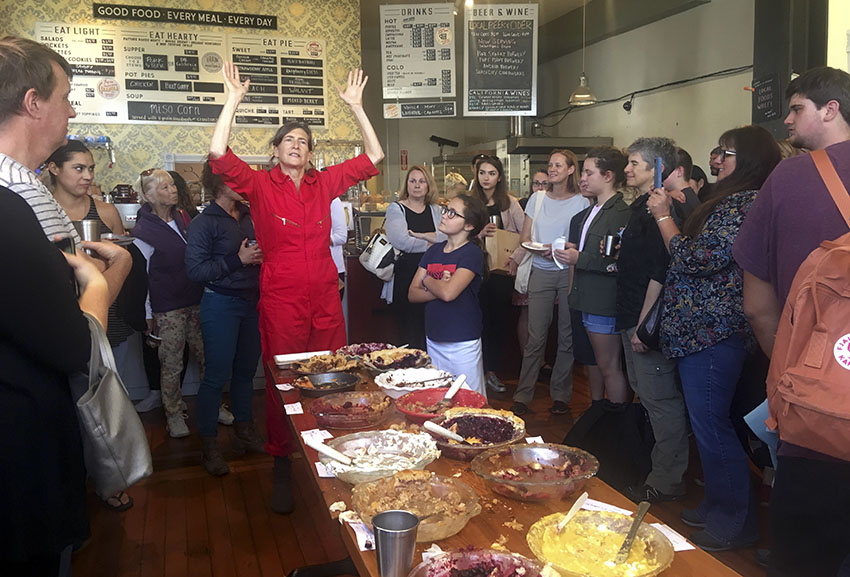 aking pie isn’t like operating an app-based business in San Francisco. There are rules. If you don’t follow the rules, you don’t make good pie. Karen

“We will not participate. We will not be extorted from.” Mission Pie co-founder Karen Heisler, seen here judging a pie contest, is taking a stand against delivery services that have been, thus far, granted an unfair advantage over brick-and-mortar establishments like her own.
…
Heisler is unwilling to submit to the 25 to 30-percent commission these delivery services demand from brick-and-mortar establishments — a rate she says far outstrips her profit margin. Contracts she’s been shown, furthermore, wouldn’t allow her to recoup her costs by charging higher rates for delivery customers.
…

Azalina Eusope of Azalina’s has opened a new Malaysian restaurant, Mahila, in Noe Valley where Contigo used to be: 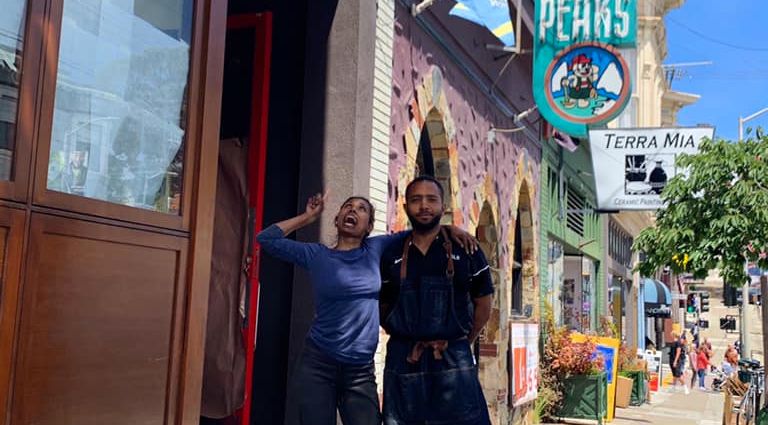 Check Out The Dinner Menu At Mahila, The New Noe Valley Malaysian Spot From...

Azalina Eusope has had an inspiring, methodical trajectory from immigrant street-food vendor to full-service restaurant owner in the last 10 years. Her restaurant, Mahila, just opened on Saturday in the former Contigo space. 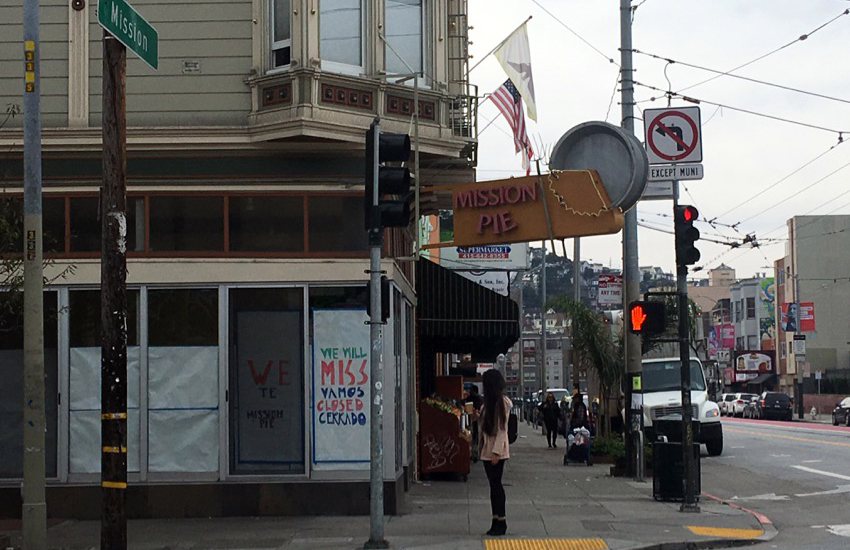 Mission Pie, the 12-year-old restaurant and bakery at Mission and 25th, deploys the clever slogan, “Eat Pie. Live Forever.” If only. And, alas, no one 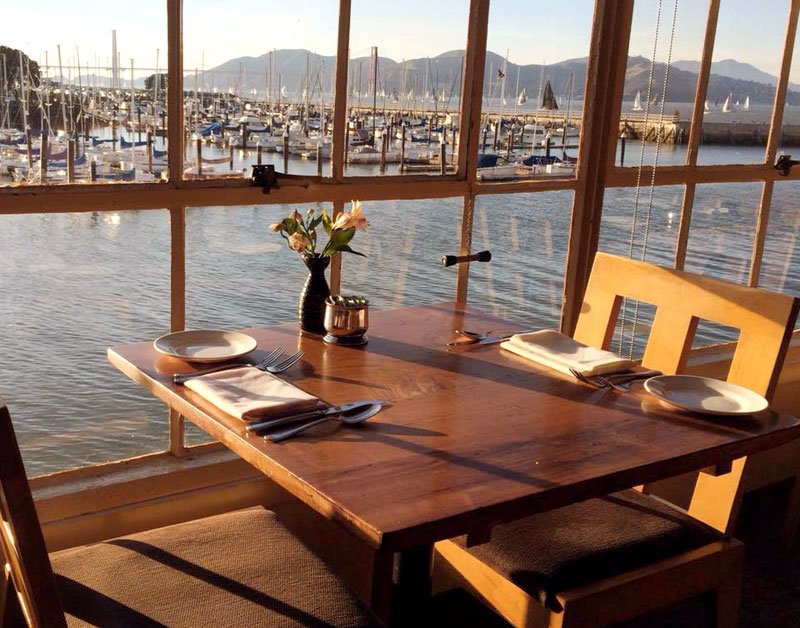 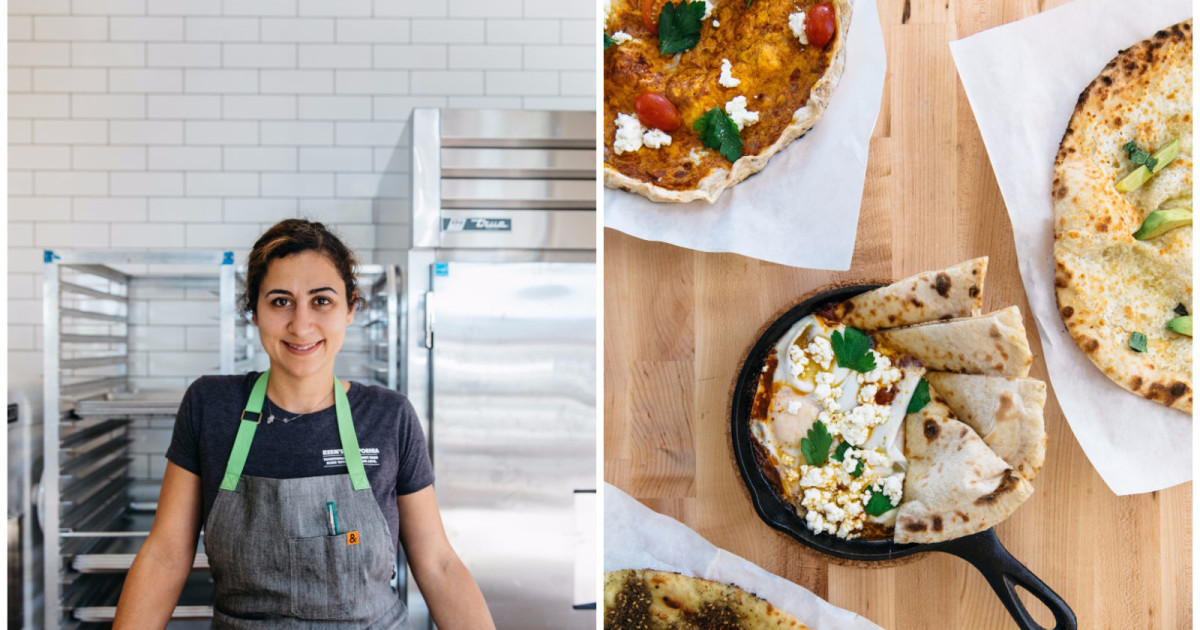 Check out Reem Assil Guest Chef Dinner 40th Anniversary at San Francisco in San Francisco on July 09, 2019 and get detailed info for the event - tickets, photos, video and reviews.

Piccolo Pete and their cafe have closed according to Yelp.

Below is a 2017 article about their struggles: 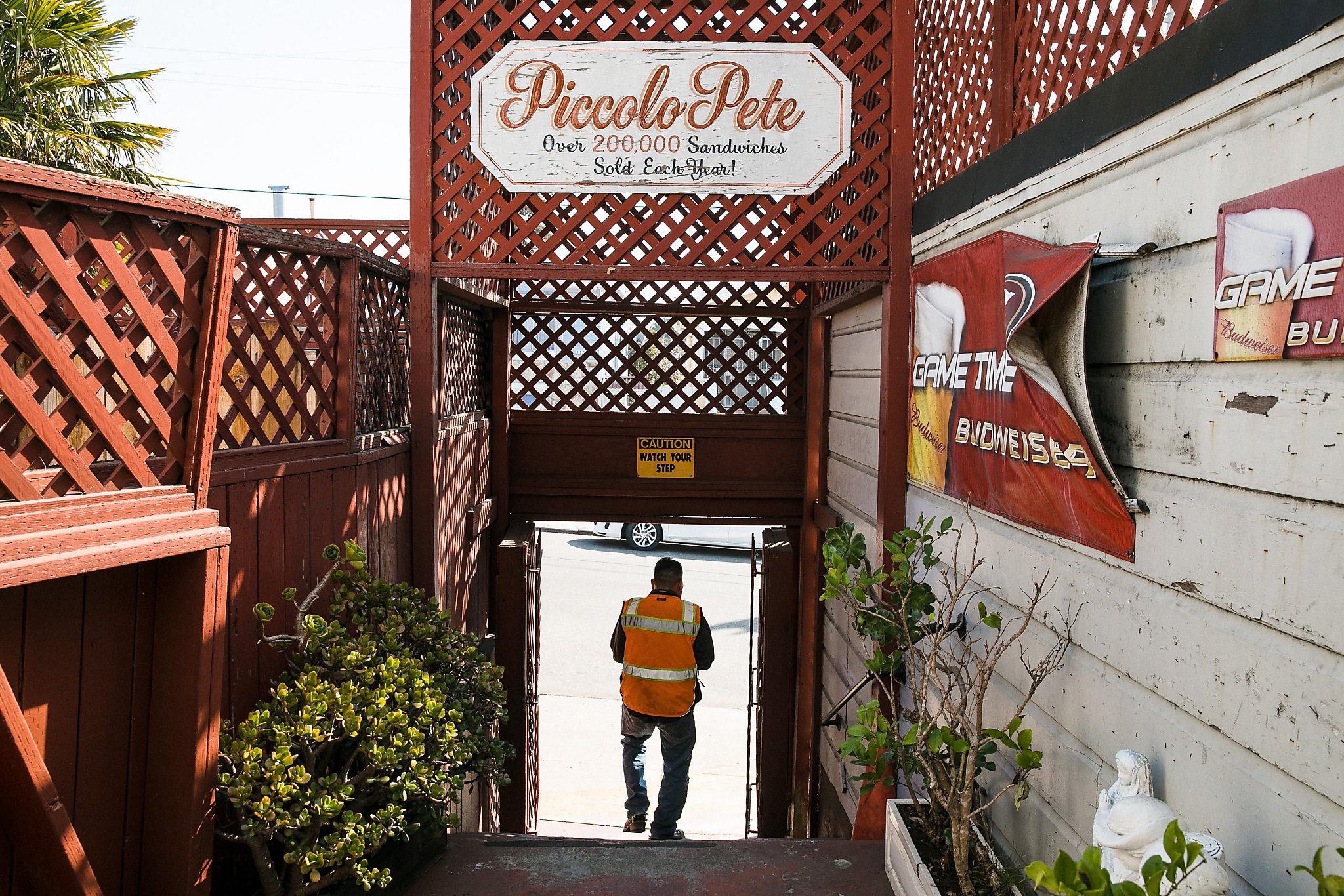 The Giants left Candlestick Park in 1999. The 49ers decamped in 2013. Piccolo Pete, however, is still here. The sign boasting 200,000 sandwiches remains, but it's now a cracked and chipping anachronism.

Perhaps premature—- sign on the door and dude on the roof indicated it was undergoing renovations. 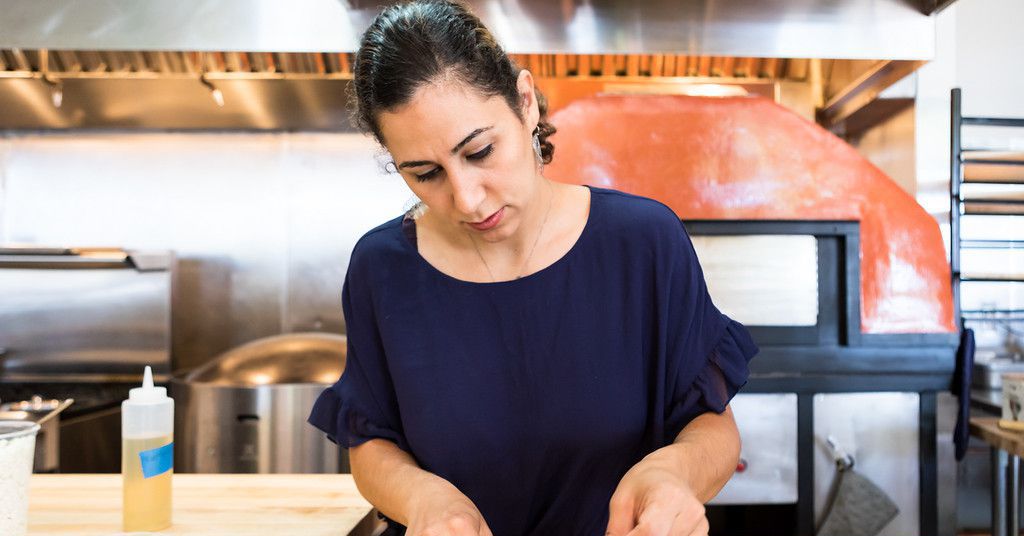 There will be breakfast pastries and big trays of kenafah