Trick Dog, in the Mission on 20th St. between Alabama and Florida, is known for their cocktails (with a new cocktail menu every 6 months or so), but they also serve food. I had a late lunch on a Saturday here a little after they opened at 3PM. I like going here early as it’s very popular, smallish, and can get pretty crowded as the day goes on. They have an area upstairs with tables for dining but it was closed at the time. I think they open it up later in the evening.

The Chicken Tricknuggets are square shaped and were fried well and crispy, with a bread crumb like crust. The chicken inside was tender and juicy but also lacking a bit in flavor. Could have maybe benefitted with some more salt or seasoning. The three sauces that it came with helped. The smoky bbq sauce tasted strongly of chipotle, the sweet and sour was similar to McDonald’s sweet and sour, and the bacon ranch (the best of the three IMO) was quite thick, creamy, and flavorful. 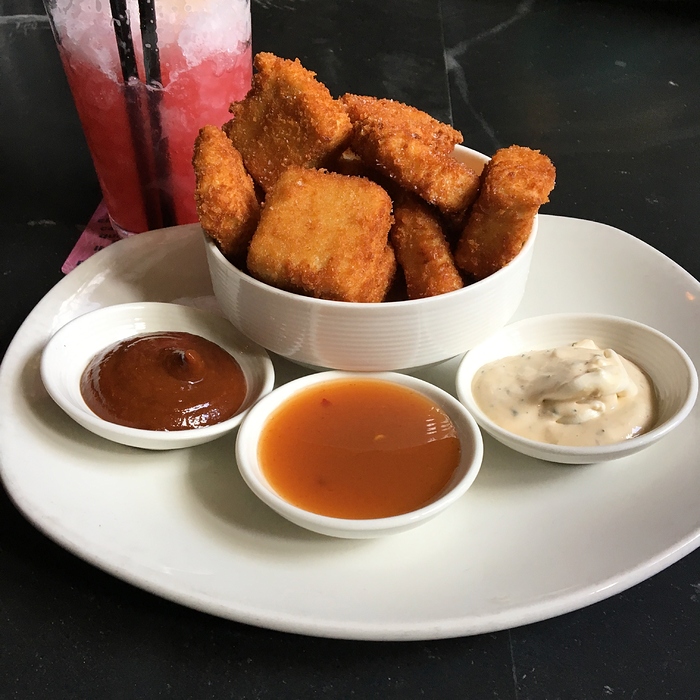 The Trick Dog is not a hot dog but rather an elongated burger patty in a soft seeded hot dog bun shaped roll. This was very good. It had a Thousand Island like sauce, shredded iceberg lettuce, pickles, diced raw onion, and cheddar cheese. Similar in flavor profile to a Big Mac. The beef patty, a mix of chuck and brisket cooked medium rare, was very beefy and juicy. Could have used a little more sear maybe, not much of a crust on it. 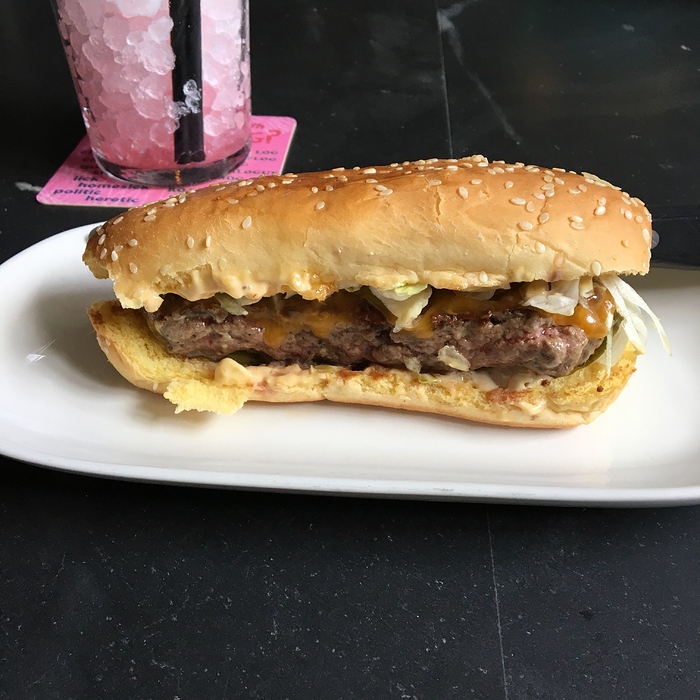 What’s that drink you have in the back of the pic? Not of the cocktail I presume? 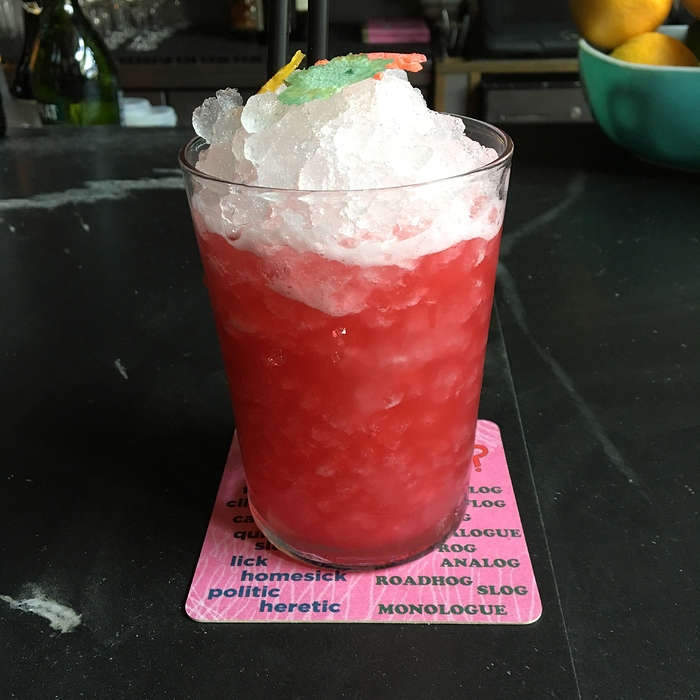