We gave this place a try because of the chef’s background. Janice Lazaga recently moved to SF from the Manila, Philippines. She was the senior sous at Malacañan Palace, the Presidential residence and offices. We haven’t tried elevated Filipino before, hence we were interested. The pop-up is to last for 6 months before the building got demolished. This meal was a brunch.

Fish ball appetizer- a skewer of fish balls, lobster balls and sauteed scallops. The caramelized scallops were sweet and fab, the lobster balls were good. The sauce seemed like its a coconut-sesame mixture. 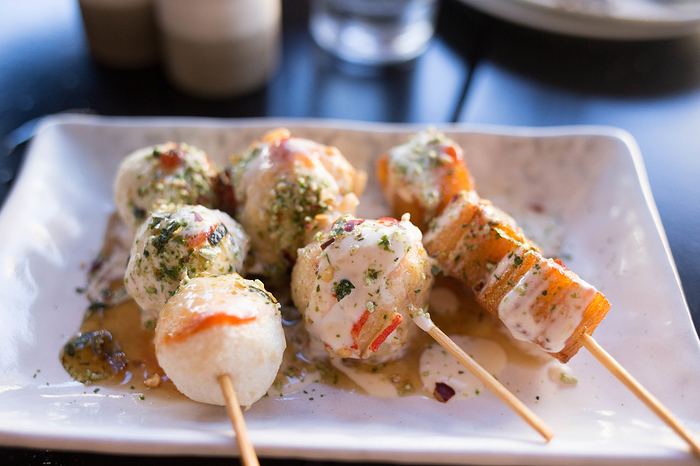 Squid ink paella with lemon aioli, mussels, clams and shrimp. The rice with the citrus-y and slightly tart aioli was interesting, though the seafood was a bit overcooked. 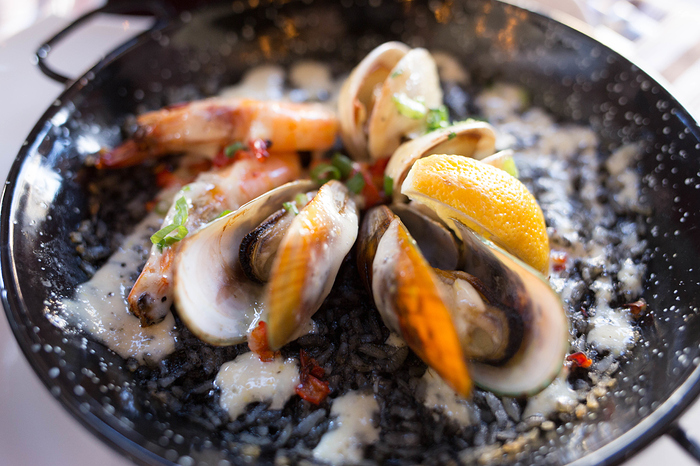 Ribeye salpicao, came with eggs, soybean with a tart vinagrette, radish and tomatoes, plus rice. Solid. 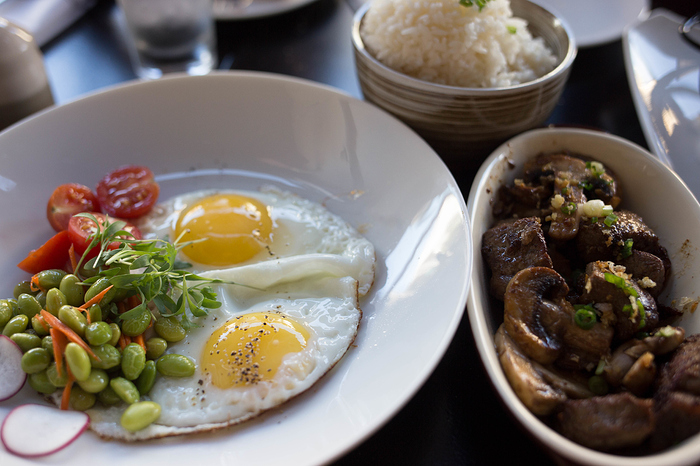 The coconut sauce/ butter? (the brown one) was quite interesting. 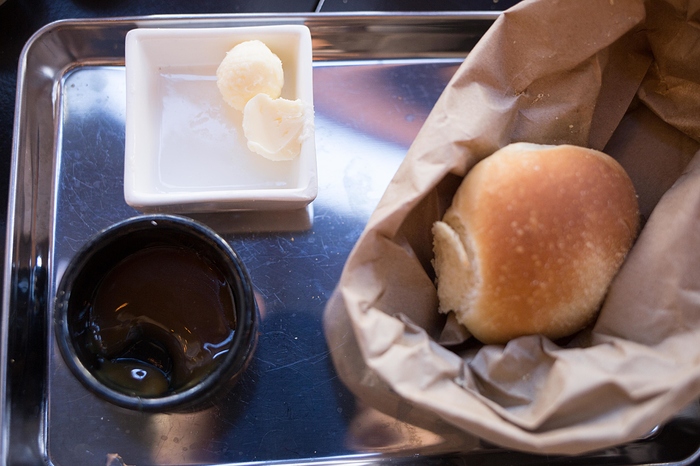 Overall, I think they are promising. Refined Filipino meets Northern Californian in a casual and more elegant space than the usual Filipino restaurant. Clean, pleasant taste. I only had limited experience with their menu, seems like they can still tweak and experiment a bit with their dishes and cooking to become great. The chef was not present. It’d be interesting to try their dinner dishes when the chef’s there. Nice but harried group of servers that day since one called in sick and the replacement was a no show.

They said if the popup goes well they may look to relocate at the end of the 6 month period. 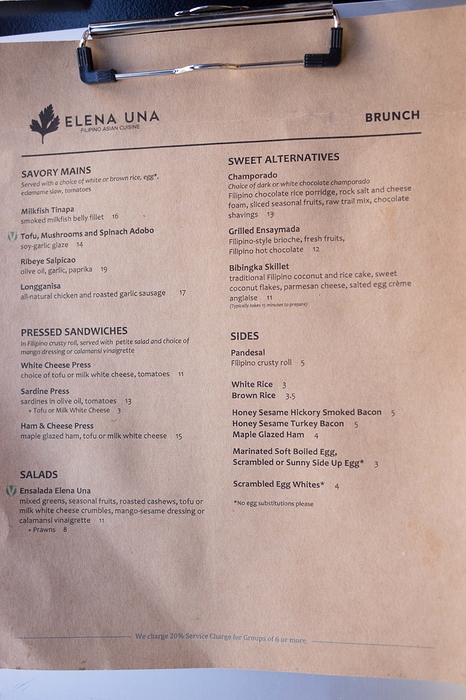 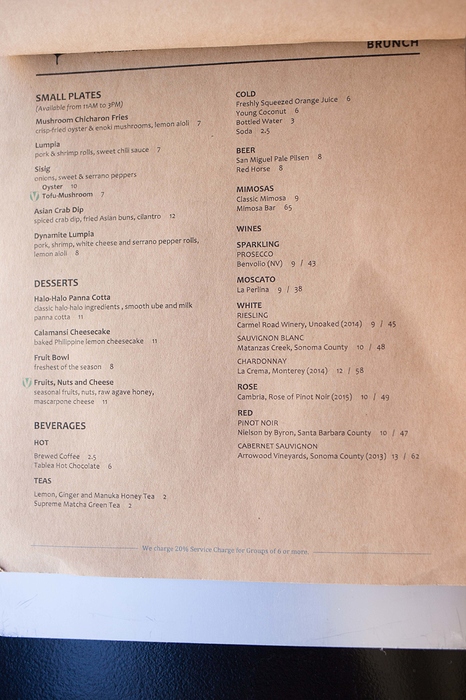 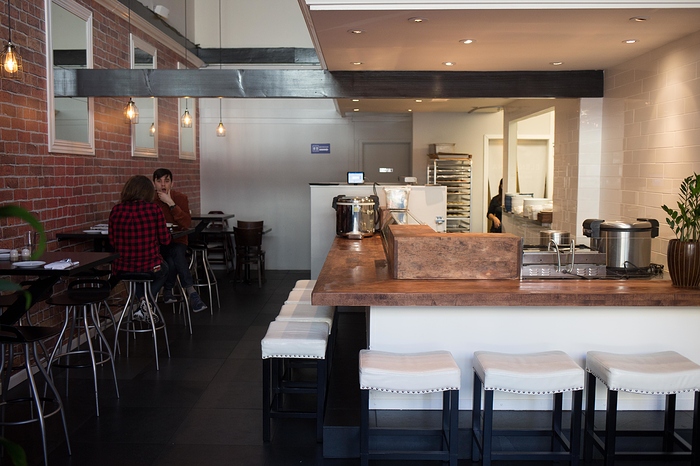 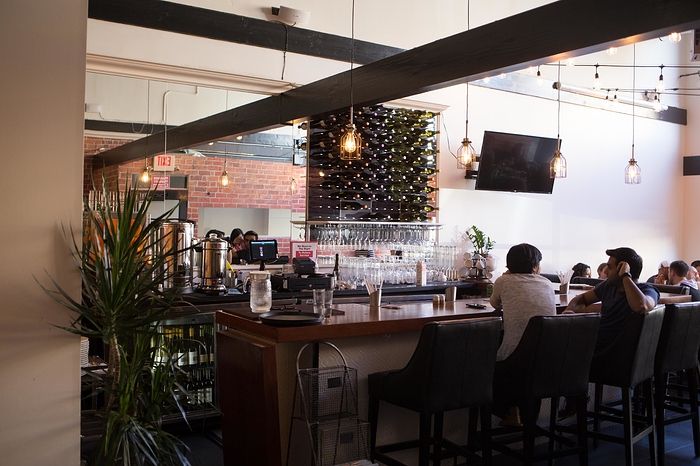 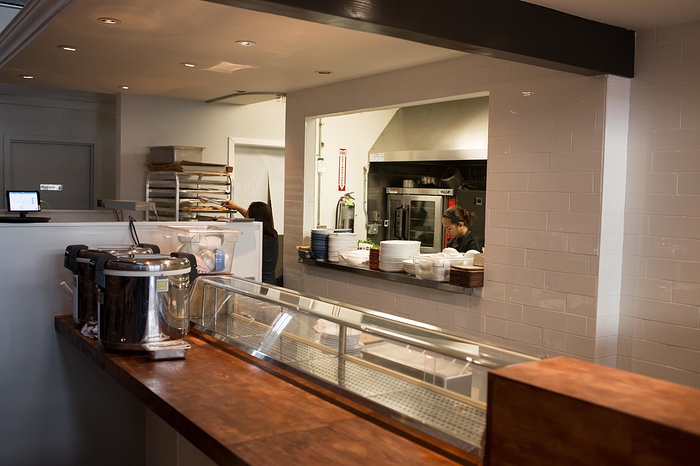