I had lunch recently at RT Rotisserie, a recently opened fast casual rotisserie focused place in Hayes Valley from the Rich Table folks. It’s counter service - you order at the counter and get a number, and they bring your food out to you.

I had the pork sandwich ($12). Crusty white bread roll. The pork was sliced thinly, tender with a little fat, and had some smokiness (may have been from the chipotle) and a few crispy bits. No skin. It came dressed with a crispy cabbage slaw that I think had some mint and maybe some fennel in it. Also had some crispy fried onions and some italian parsley, and a nice chipotle aioli like spread. It was a good sandwich, pretty big too.

I also had the umami fries ($6) which given the size of the sandwich were probably unnecessary. Apparently they are sweet potato fries dusted with porcini powder. These were good too. Well fried with a soft interior, and the crispy coating was definitely umami.

I will probably come back to try the chicken - they had an oven full of them spinning around roasting next to the counter. 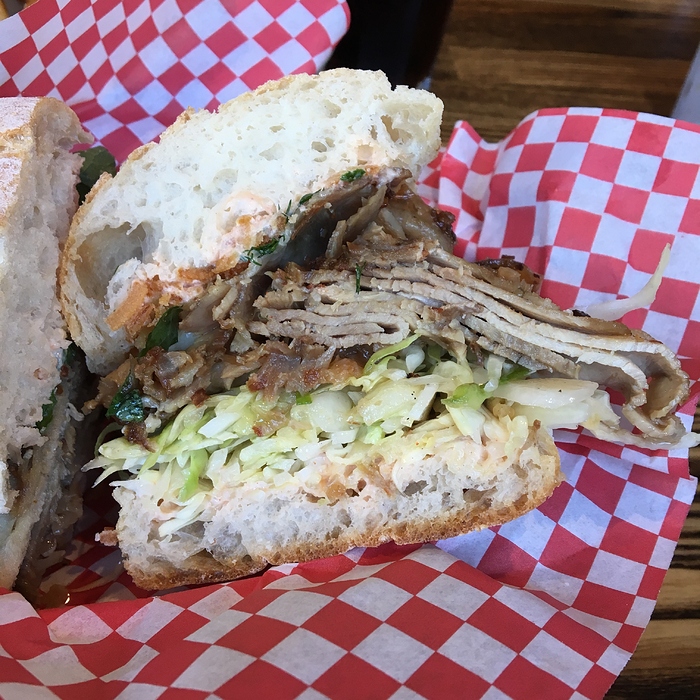 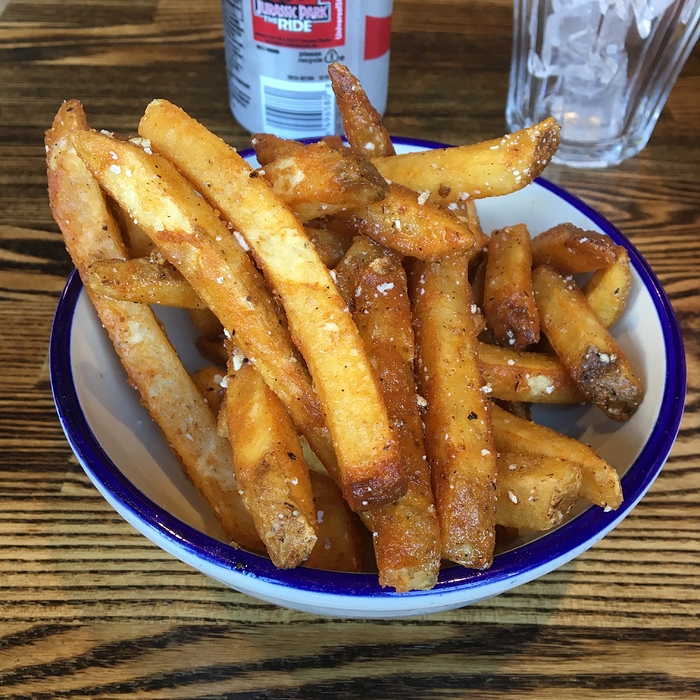 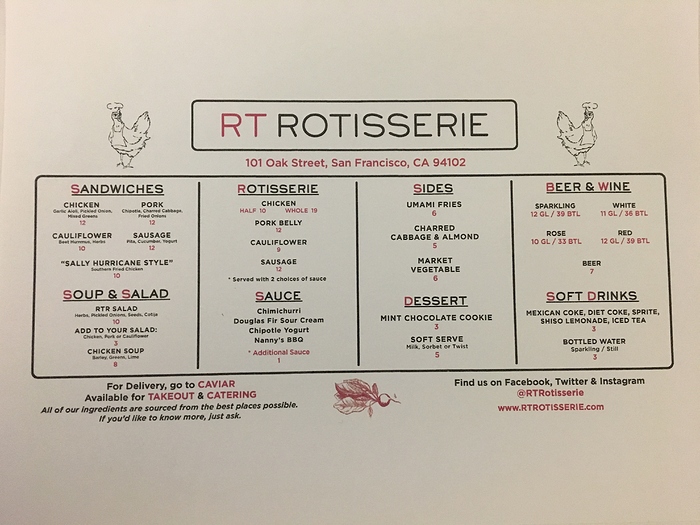 The Douglas fir sour cream and chipotle yogurt are forgettable, but the other two sauces are decent. Tiny amounts, though.

Have had the whole chicken as takeout on two occasions, and it is really tasty. There are cheaper chickens around but this one has good quality, and I could see this place going into our regular rotation. The roasted cauliflower was a disappointment. Perhaps it is better on-site, but I’ve had better preparations, both as whole head and as roasted florets. The fries looked tempting but I knew they wouldn’t survive the trip home. Wish they did mashed.

Thanks for your review! I ended up back at RT Rotisserie for dinner. I got a half chicken ($10) and based on your impressions got it with bbq sauce and chimichurri as the sauces. I was curious about the Douglas fir sauce so I added that as well (+$1). The chicken was really good. Tender, juicy, and with a nice saltiness - I think it may be salted or brined before going in the rotisserie. Even the white meat was pretty tender and juicy. A bunch of herbs like mint and dill on top, as well as a lemon wedge. A pretty good deal in SF at $10 for a half a chicken. Also friendly to anyone on a keto or low carb diet as it’s just chicken with sauces. As for the sauces, the chimichurri and bbq sauce were both good. The chimichurri tasted more like a Peruvian style aji sauce as I believe it had some dairy and/or mayo in it, didn’t really look nor taste like an Argentinian chimichurri. The Douglas fir sour cream sauce tasted like sour cream with some pine leaves blended in. I wonder if they actually use pine leaves in it. The BBQ sauce was a good straightforward bbq sauce with a little smokiness. 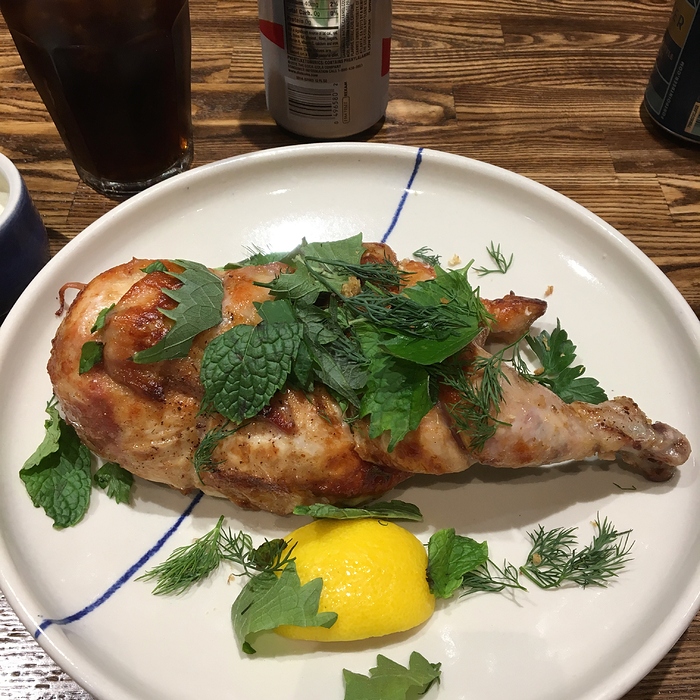 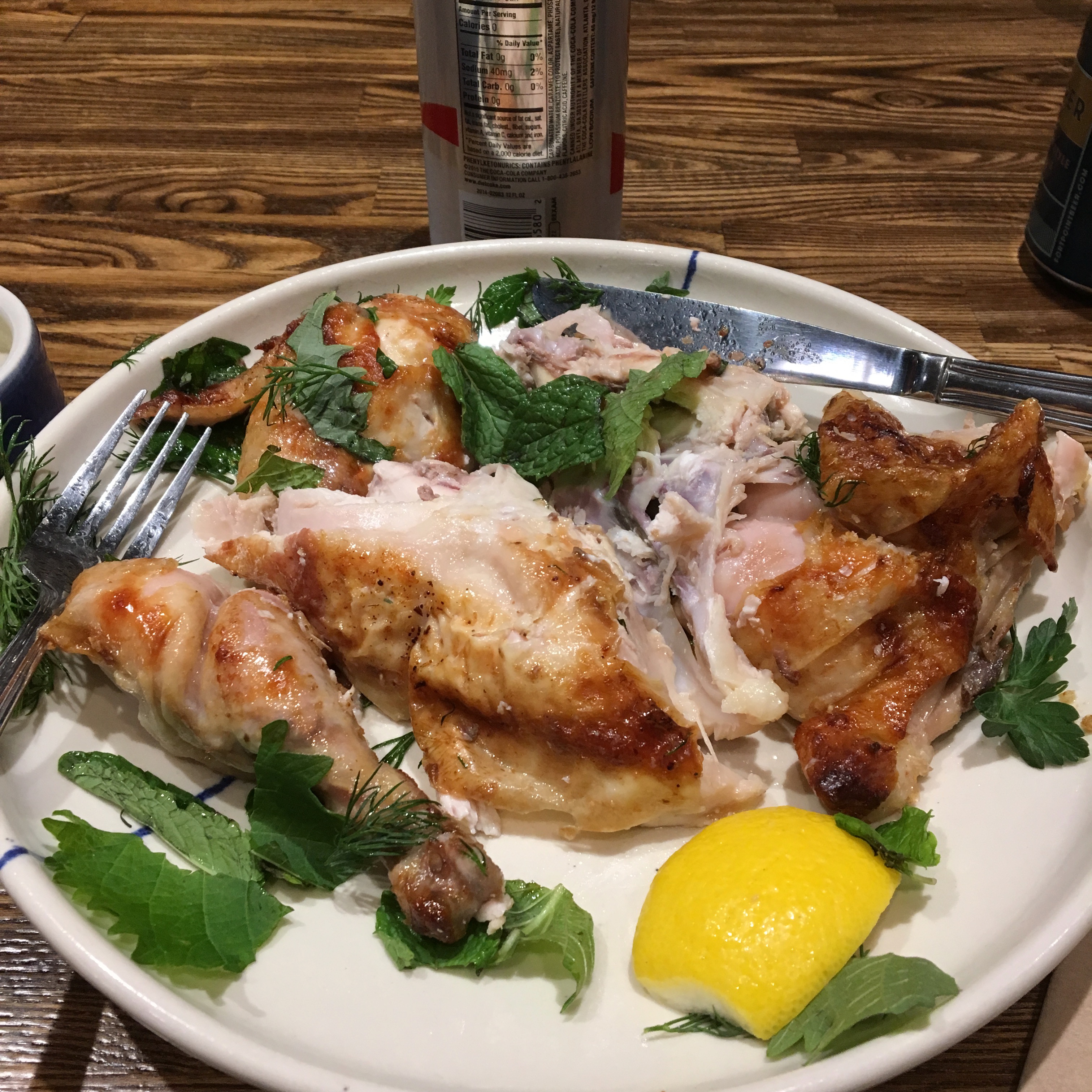 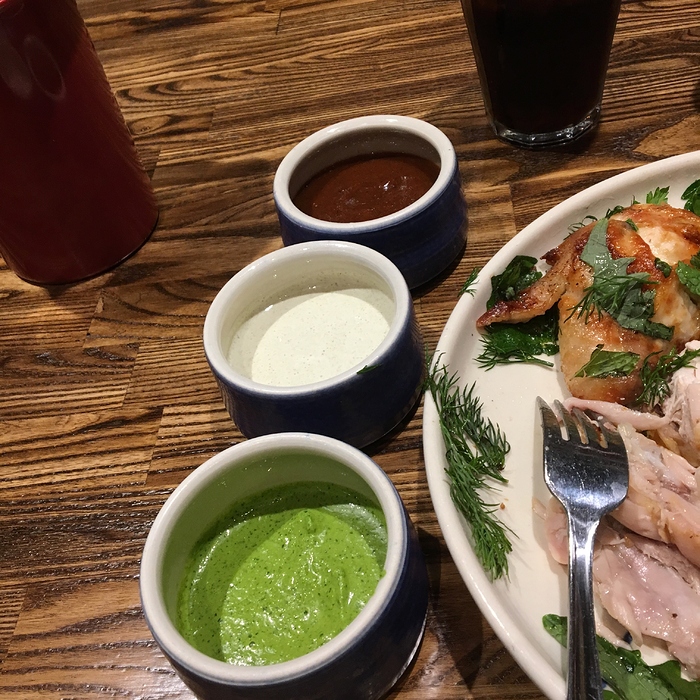 Thanks for the report- Was that mint on the chicken or something else?

Yeah, mint, dill, some italian parsley, some basil I think, and also maybe some shiso?

FWIW I thought they were a little heavy-handed with the dill on my visit a month ago. It dominated over everything else. But it’s still good value for the money overall. 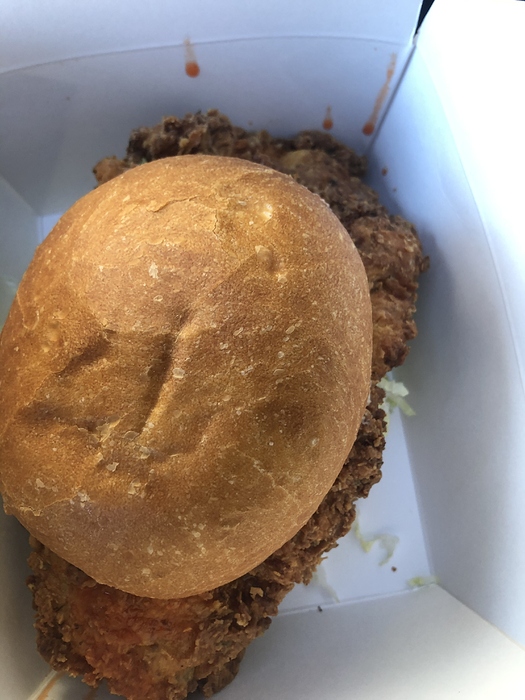 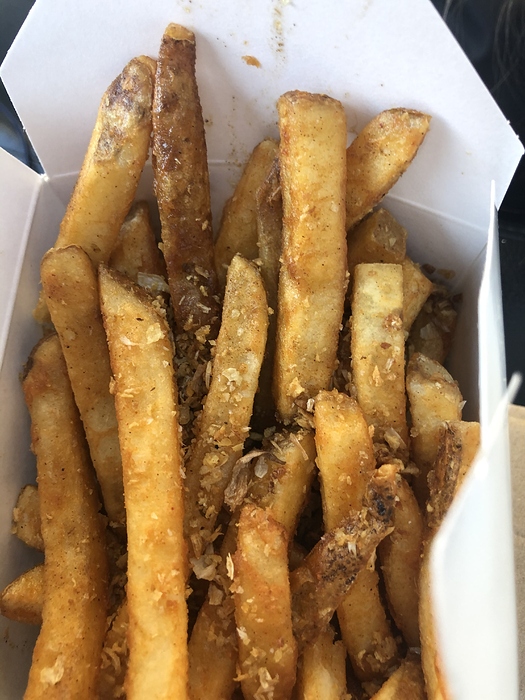 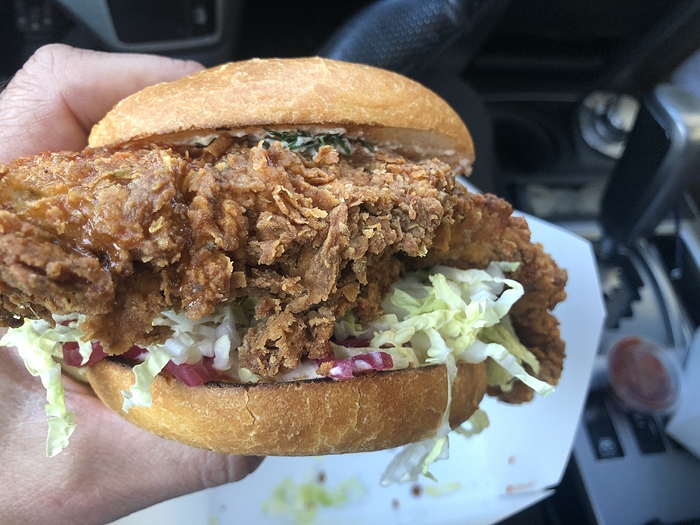 12DA87B6-A2FA-4105-B29C-211735F80910.jpeg4032×3024 2.86 MB
RT Rotisserie Broderick St. location - in the complex with Falleti Foods and Nopalito.
Fried chicken sandwich ($11) and umami fries ($6). The sandwich was pretty massive, chicken breast on brioche bun with pickled onions, some cabbage and some kind of yogurt sauce. Pickled onions were nice. Coating was crispy and not greasy but tasted way too sweet for me (maybe they put honey in it) and breast was a bit dry. Overall the combination wasn’t quite right. Umami fries with dried porcini powder and fried garlic were pretty good but much like the garlic fries at the ballpark 2 of us got palate fatigue about halfway through. Can’t complain about the amount of food for the money but I would try a different sandwich next time.
4 Likes
StephanieL October 29, 2019, 9:41pm #9

I thought the roasted cauliflower was really good, but it was enormous. All of the sides are meant to be shared unless you’re a “big fresser”.